The Story of Plastic dives deep into the man-made crisis of plastic pollution, establishes the connection between it and the capitalist system and highlights the effect it has on people and the planet. Spanning across three continents, the documentary presents the ongoing catastrophe as it is - mountains of trash, clogged water bodies and the emissions from the plastic production and processing. To put in perspective, it features archival industry footage from the 1930s, first-person accounts of the unfolding emergency and interviews with experts and activists on the frontlines of the fight.

Ahead of its broadcast on Discovery on the World Environment Day today, Indulge spoke to the director, Deia Schlosberg about what intrigued her to explore this subject, a possible solution to this crisis and the contribution people can make at the individual level. Excerpts:

Q: Can you describe the film for our readers in your own words?
The Story of Plastic reframes the global plastic waste crisis as a crisis of a failing capitalistic system, where heads of corporations are preying on worldwide poverty and putting their bottom lines above human and environmental well-being.

Q: Was there a particular moment that made you pick this subject for your next documentary?
The Story of Plastic came about because producers Stiv Wilson and Megan Ponder were working closely with the Break Free From Plastic movement and recognized how the stories of people working on the frontlines in the global south were not being told. My background as a filmmaker focused on climate change, environmental justice and dispelling misinformation campaigns, so we knew that by uniting all of those threads and working closely with movement leaders around the world, we could tell a more comprehensive story of the issue than had been told before. Additionally, in the course of making the film, China passed its National Sword policy, shaking up the status quo of the global waste materials trade and providing an opportunity to further question the prevailing systems. 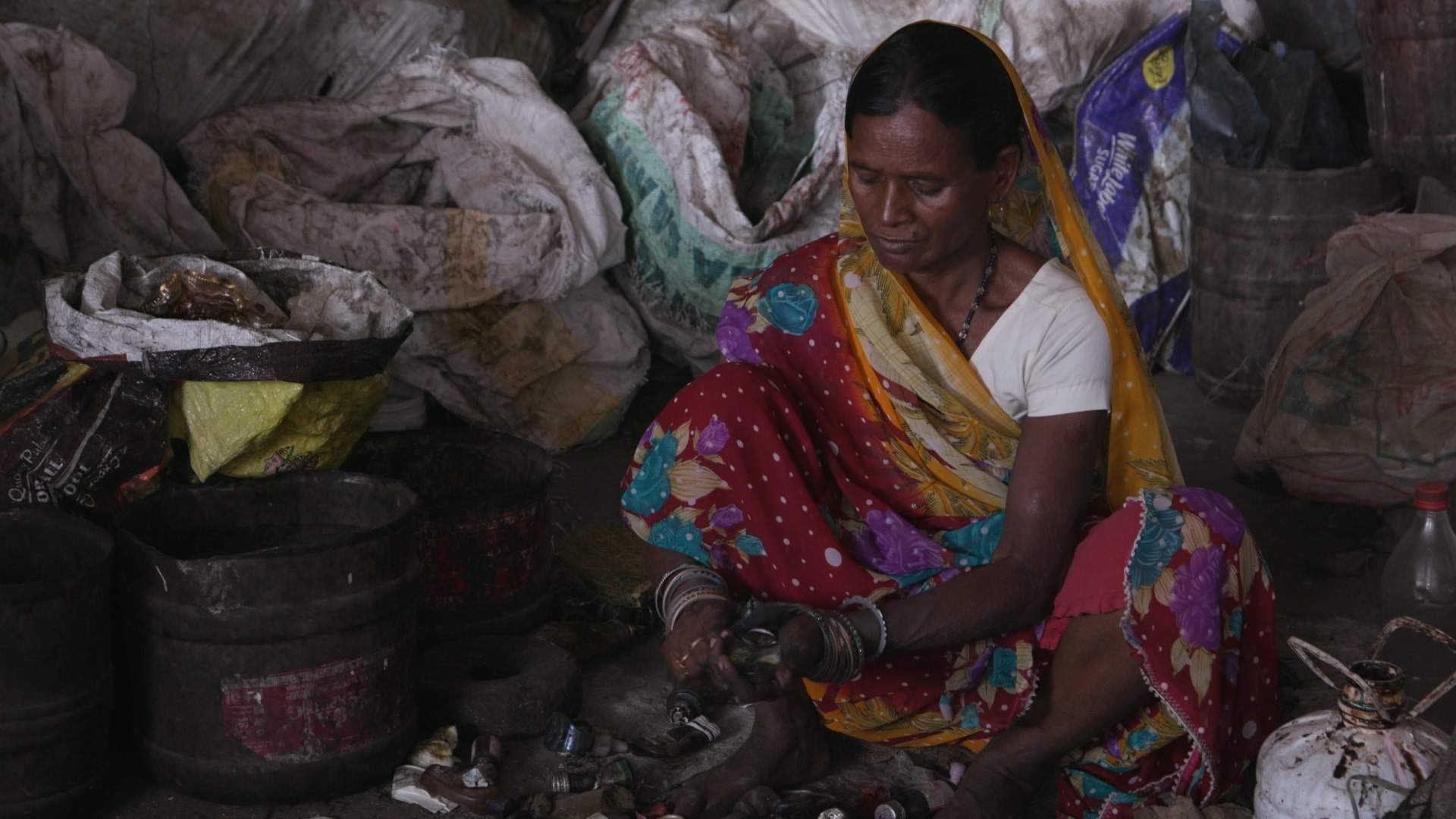 Q: It spans across three continents. How did you go about picking these locations and then zeroing down on people who have been featured? How long did this documentary take?
The film took about three years to make once we got some funding in the door. The locations and people we featured all came about through our connections to the Break Free From Plastic Movement. We knew we wanted to cover certain big topics in the plastic story so we went to the movement partners working on those specific issues to say, “Where’s the best place to go to show examples of this? Who else should we interview about this?” Plus, of course, the usual investigative documentary approach of being open while on location - talking to people, learning new information, following new leads, and trying to let go of preconceptions of the story we were supposed to tell, and instead of telling the story that actually presented itself.

ALSO READ: On World Environment Day, here are 18 shows to immerse yourself in the wonders of the world

Q: What was the most challenging part of making this documentary?
Figuring out how to distil an entire global system that overlaps so many massive issues in society and the world into 95 minutes. There’s a ton of great stuff on the cutting room floor. I hope it will be seen in other formats. Q: Is it possible to eliminate or reduce the consumption of plastic from society? How?
Possible, yes. It’s a matter of political will. Letting capitalism dictate the direction from here will result in more waste, more pollution, more extraction, more negative health impacts, more environmental destruction, etc. So we need policies that put limits on extraction, limits on production, enforce extended-producer-responsibility, recycled content mandates, product bans, and of course public education to push our lawmakers and corporations to take action.

Q: What are the changes that individuals can make in their lifestyle so as to minimize their dependency on plastic?
Household plastic waste audits are a great place to start - to see what kinds of plastic you’re using and how often, and from there it’s easier to think of replacements. Often, at an individual level, this means using durable/reusable containers, changing habits to make sure you can go through a day without needing to use anything disposable. But I think the most important thing an individual can do is organize! Start working with other people and local groups to change laws.

Q: What do you want the audience to take home from this documentary?
I hope one major takeaway is that everyone thinks about why they believe what they believe - where did they get their information? Who created the messaging and what incentives were involved in promoting any specific kind of messaging?  Who benefits from the narratives that we buy into as a society?

I also hope people look at all plastic differently after seeing this film; ideally, when people see plastic after watching this film they see the entire chain, from production through disposal, and everyone that’s affected along the way. Q: You were arrested and charged with 45 years' worth of felonies for filming the #ShutItDown pipeline protest in North Dakota. How did you process that incident as an artist?
That experience made me realize how tenuous certain basic rights  - like freedom of the press and personal freedom - really are. It reinforced my desire to make the best use of my skills and freedoms and do the most good possible with them.

Q: Did you receive any sort of threat for this documentary as well, considering it is talking about some giant companies?
Not to me or my production company, thankfully. I’m not sure if Discovery or The Story of Stuff Project (the film’s presenter) has received any.

Q: Lastly, what's next?
My other big project is a docu-series covering an unconditional basic income (UBI) experiment happening in the US; I’ve been following 11 households for the past several years as they receive a UBI to see how it impacts their lives over the course of the 2-year trial. We’re almost done with production and currently working on the edit.

The documentary can be watched on Discovery and Discovery HD on Friday, June 5 at 4:30 pm. It also streams on Discovery Plus app.