A couple travels across India with their two dogs on the new show, Life Off The Leash on Sony BBC Earth

Memories of watching the sunrise from a cliff top or taking a train ride maybe keeping the travel bug alive in us while we spend time at home under the lockdown. Sharing throwback pictures on Instagram has perhaps become a favourite activity; and travel shows a staple, when we want to reminisce. But here is a show unlike others — Life Off The Leash that premieres this week on Sony BBC Earth. It features not just humans, but also doggies! Tanveer Taj and Priyanka Jena set out on a 120-day adventure across 20 states in India with their two dogs, Frodo, a golden retriever and Cruise, a Labrador, before the pandemic brought the entire world to a standstill. With this new travel series, both seasoned travellers (Tanveer is an ardent biker and Priyanka is a certified scuba diver and surfer) navigate some beautiful and lesser-explored places around India, not just through their perspective, but also through the eyes of Frodo and Cruise. The couple tells us more on what to expect:

What made you think of a travel show with your pets?
Priyanka: We basically have been planning this ambitious journey for a very long time. When we got together as a couple, we both were happy to see that we shared a similar desire to travel across the periphery of India and loved pets. Hence, while we were planning to travel, we decided to do it with our dogs. We almost took a year to plan this trip and organise everything in terms of where we are going to stay, what is the route and what we need to pack. We had to be completely self-sufficient and be prepared to stay on the road for four months. Once we were ready, we packed everything figured out our work projects and then left.

When was it shot and which states did you cover?
Priyanka: We star ted in December 2018 and the journey ended in May 2019. It spanned over 12,500 kilometres, across 21 states, lasting for 120 days. The states that we covered include Maharashtra, Goa, Karnataka, Kerala, TN, Odisha, Jharkhand, West Bengal, UP, Bihar, Assam, Meghalaya, Gujarat and many more. We covered these states that are along the periphery of the country and we also included a few union territories.

How challenging was it to travel with Frodo and Cruise?
Priyanka: Travelling with pets is like travelling with children, you need the same amount of precautions, care and preparedness. It’s really fun, but yes, it is a lot of work. There’s a lot of cleaning you have to do, we used to clean our car every day, because the dogs make it dirty. Finding places to stay was an important aspect because not all places are pet friendly. So, we had to book places for two months of our travel, up till Odisha and then after that, we used to plan for each place as we moved forward. However, I would say that 90 per cent of India is pet friendly. In cities and towns dogs are not allowed in most places, but in rural India most resorts and hotels were completely okay with us bringing our pets along. 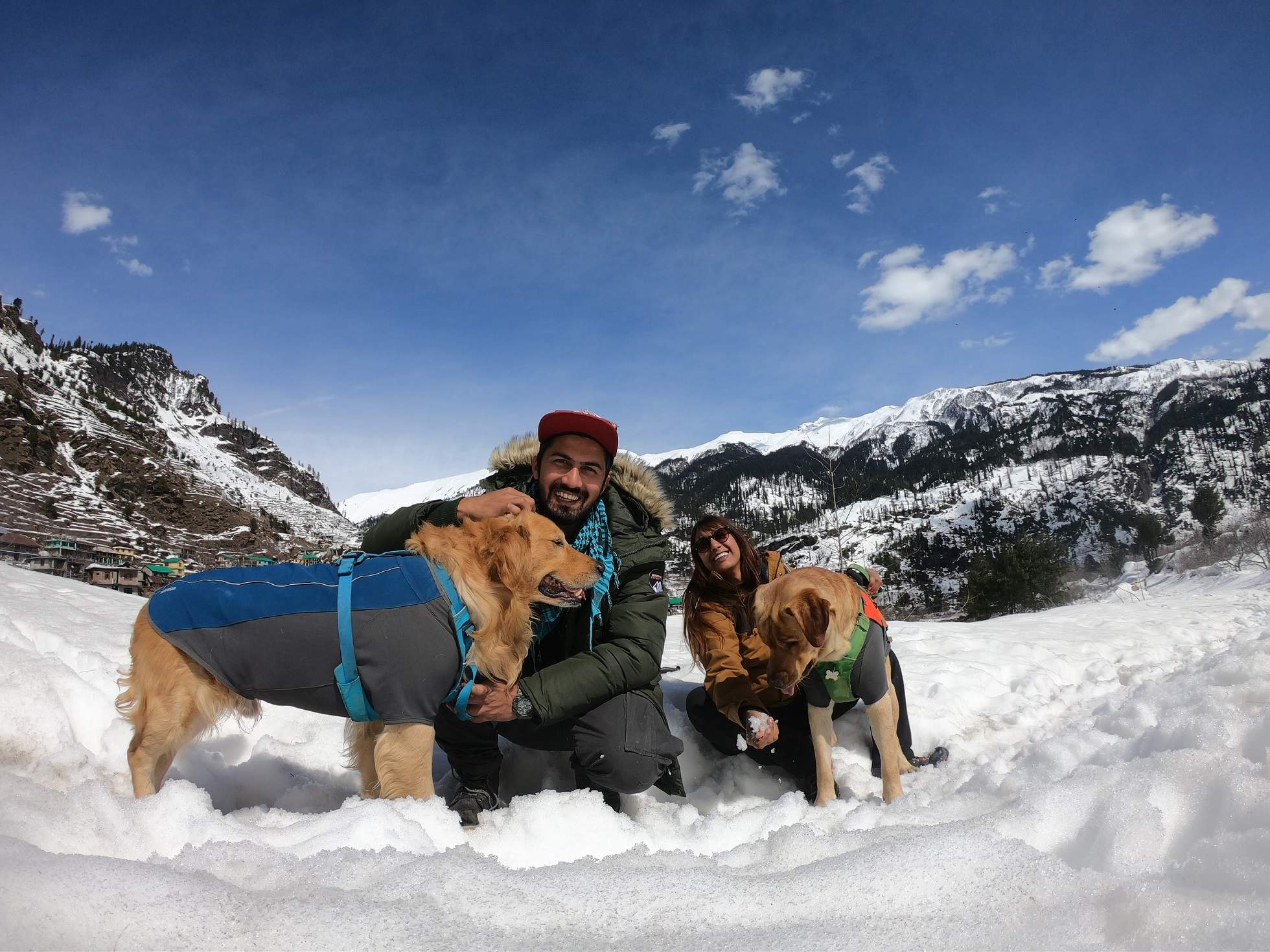 Were there any emergencies?
Priyanka: Once Cruise fell very sick in Meghalaya, so our doctor in Mumbai suggested us a good doctor that he knows in Guwahati, so of course we had to travel from there to Guwahati. I would suggest that anyone who’s planning this kind of travel should do a basic first aid course for human beings and animals.

What has your learning been from this trip?
Tanveer: The biggest learning is that India is a pet friendly country. Rural India is quite accepting of pets and that’s something we learnt on the trip.

What equipment did you use to self-shoot the series?
Tanveer: We captured the entire show using nine different cameras, seven of them were GoPros. There was one drone, and one DSLR. The seven GoPros that we used were basically everywhere. They were either mounted all over the car, strapped onto the dogs, or Priyanka and I were holding one at all times. So, there are different perspectives of the same scene, which is great fun to watch. It is a totally different feeling to see something from the perspective of your dog. It’s nice to see what they’re seeing, where they’re going, what their perspective is and how we have incorporated that.

What do you want the audience to take away from this show?
Tanveer: Well, this show is all heart. It’s four different individuals, two humans and two dogs travelling across India. Frodo and Cruise, I think are by far the most travelled dogs in India, so it’s their stories. There is no production crew and it’s completely unscripted. Also, I think you’ll see India in a totally different way, because we did not go to a lot of touristy locations. I think the biggest takeaway for the audience is that it is not as difficult to travel with your pet dogs. It can be intimidating at the start but after watching the show, a lot of pet parents may get inspired to travel like us.

Will there be a Season 2?
Tanveer: Yes, we are already thinking of it with a new addition to our pack. It’s our cat Noorie who we adopted last year. All I can say now about the new season is that we will be road tripping to a place abroad.