The cocktail sari season is upon us, and no one aces that memo better than Bollywood's go-to fashion tastemaker Manish Malhotra. Just in time for our festive splurging, the designer has introduced a stunning update to his signature line-up of sequined saris. In the last few weeks, young Bollywood has been spotted out and about in Malhotra's dramatic monotone sequin saris in chic, muted shades like sage green, stone grey, powder blue etc. 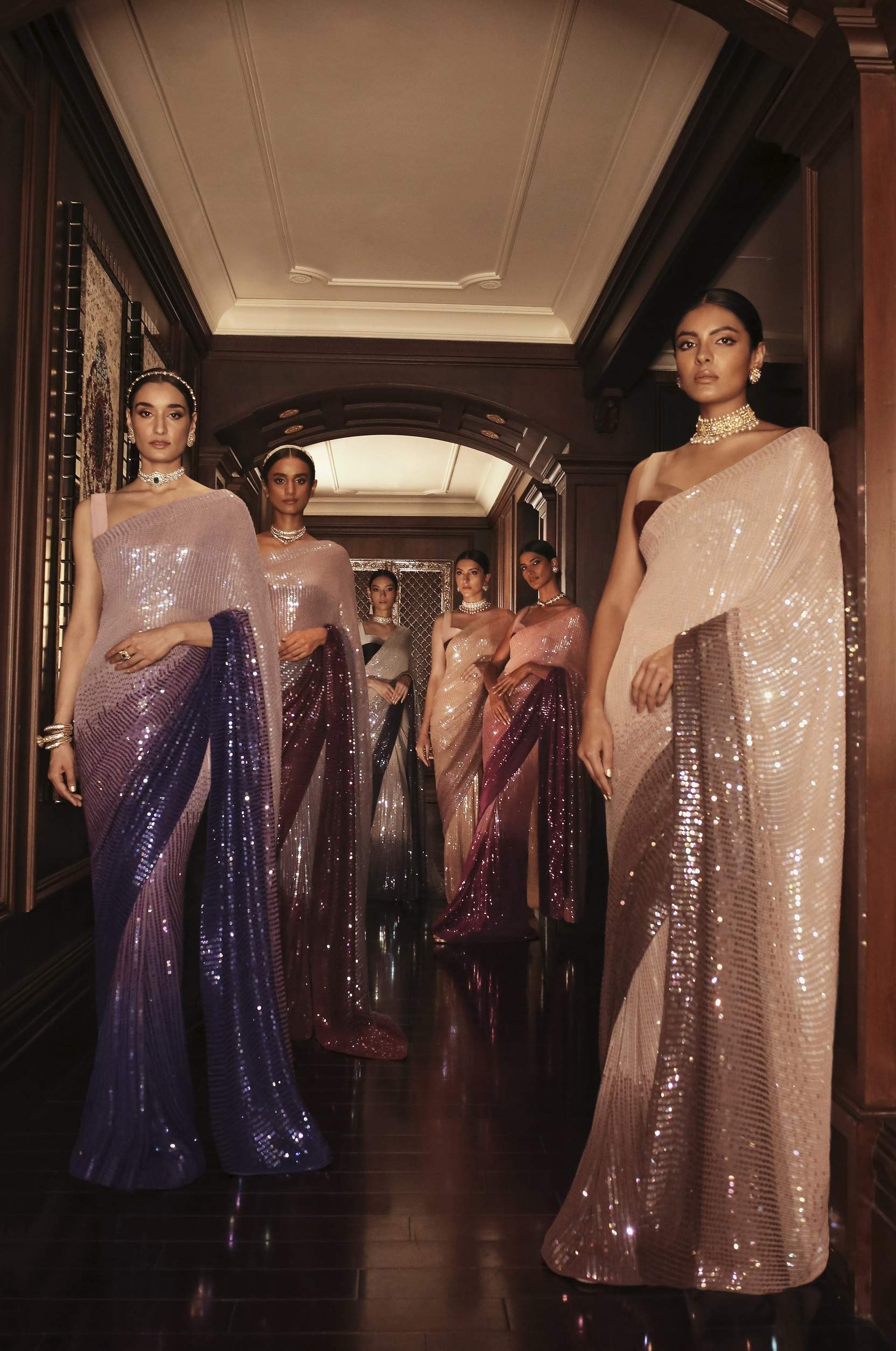 And the designer has added some new ombre sequin picks to the line-up which features some really interesting and edgy palettes, like ocean moss and carnation peach etc which are great if you want something eye-grabbing but not too exaggerated.

Sequins are a big part of Malhotra's winter festive collection, which obviously means that the A-lister wardrobes this season is going to be chock-a-block with sequined drapes, and Kareena Kapoor Khan, Janhvi Kapoor, Malaika Arora are already leading the way with this shimmery cocktail styling. But globally too, Malhotra's sequins seem to be getting a lot of attention. The Witcher star Anya Chalotra wore an all-white sequined cocktail sari to the London premiere of the show. Our favourite sequined pick? Katrina Kaif's grape rose ombre sari which she paired with some old school gold jewellery.