MUSIC IS HER first love, so is wearing saris. And it is love for the latter that led the mellifluous singer Lopamudra Mitra to start Protha, a house of exclusive handcrafted products at Lake Gardens. Her latest collection showcases the traditional craft of lambani, an embroidery technique from North Karnataka that reflects her love for heritage crafts. “I was drawn towards making saris and designing them for myself from childhood. In fact, I used to wear my own saris during my high school days with a little kantha detailing. Also, I loved making bags and trinkets. My mom used to store them all, and had I known back then that I will start Protha one day, I would have kept some of them, if not all,” says the singer, who continued her passion for designing while learning music from an early age. She continues, “I had planned to start Protha post my musical retirement but then one day I thought why not now! So, I started it with an exhibition at Gallery Gold and that gave me a boost to start Protha in a fullfledged way in 2015.” 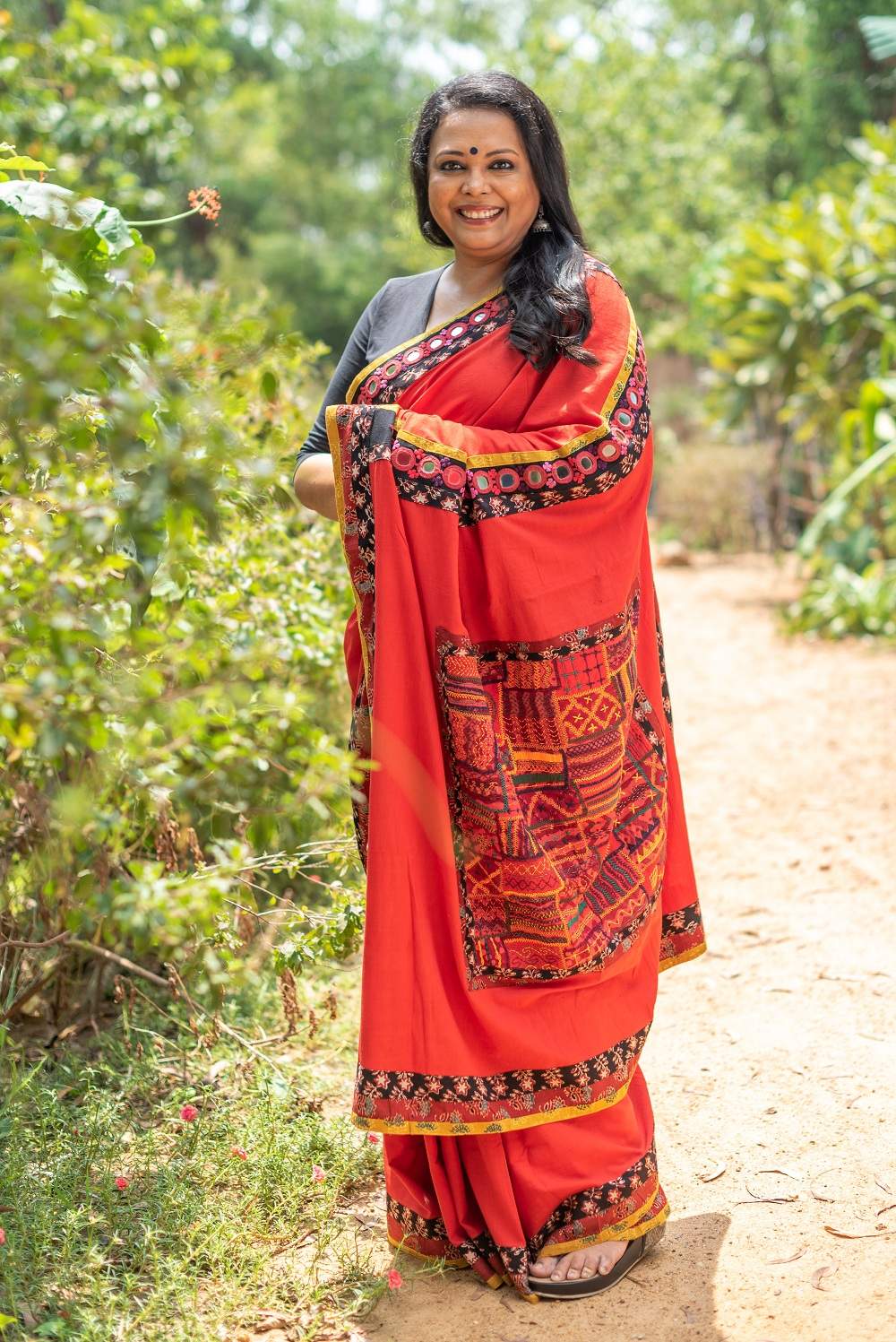 Her collection is influenced by her travels. The story behind the lambani connect is no different. During one of her performances i n Karnataka, Mitra headed to Hampi to explore the artisanal offerings there — and fell in love with the embroidery work that is promoted by an NGO in the region. “I kept visiting them for more than a year and though we have exhibited Lambani before, it is for the first time that we have featured it in such a large scale,” says Mitra. Expect saris, blouse pieces, stoles, kurtis, wallhangings, table runners, bags and even jewellery embellished with this exquisite handwork, at the 500 sq ft store. Lambani is marked by colourful threadwork, and draws some similarity with its needlework to kantha of Bengal. However, their liberal use of mirrorwork takes it closer to Gujarati tradition. “It’s mostly done by tribal women who come to the centre and make the products at the village in Kar nataka. Jamdani, tussar, khadi and other natural fabrics are their favourites and they create beautiful traditional floral and geometric motifs on them,” says the designer, who is currently working on looms of Odisha and Andhra Pradesh to create bespoke shirts for men, keeping the humid weather in mind.