Visual narratives are crucial to designer Karan Torani’s collections. So far, these prompts have either been in the form of documented history and photographs. Remember his collection, Gulabi Mela that was spurred by memories from his childhood at Dussehra melas? For his latest collection, Bazaar of Love — Mandi, the designer once again returns to his preferred muse for inspiration — in this case, Bollywood — for a festive lineup that includes saris, cholis, lehengas, blouses and kurtas. 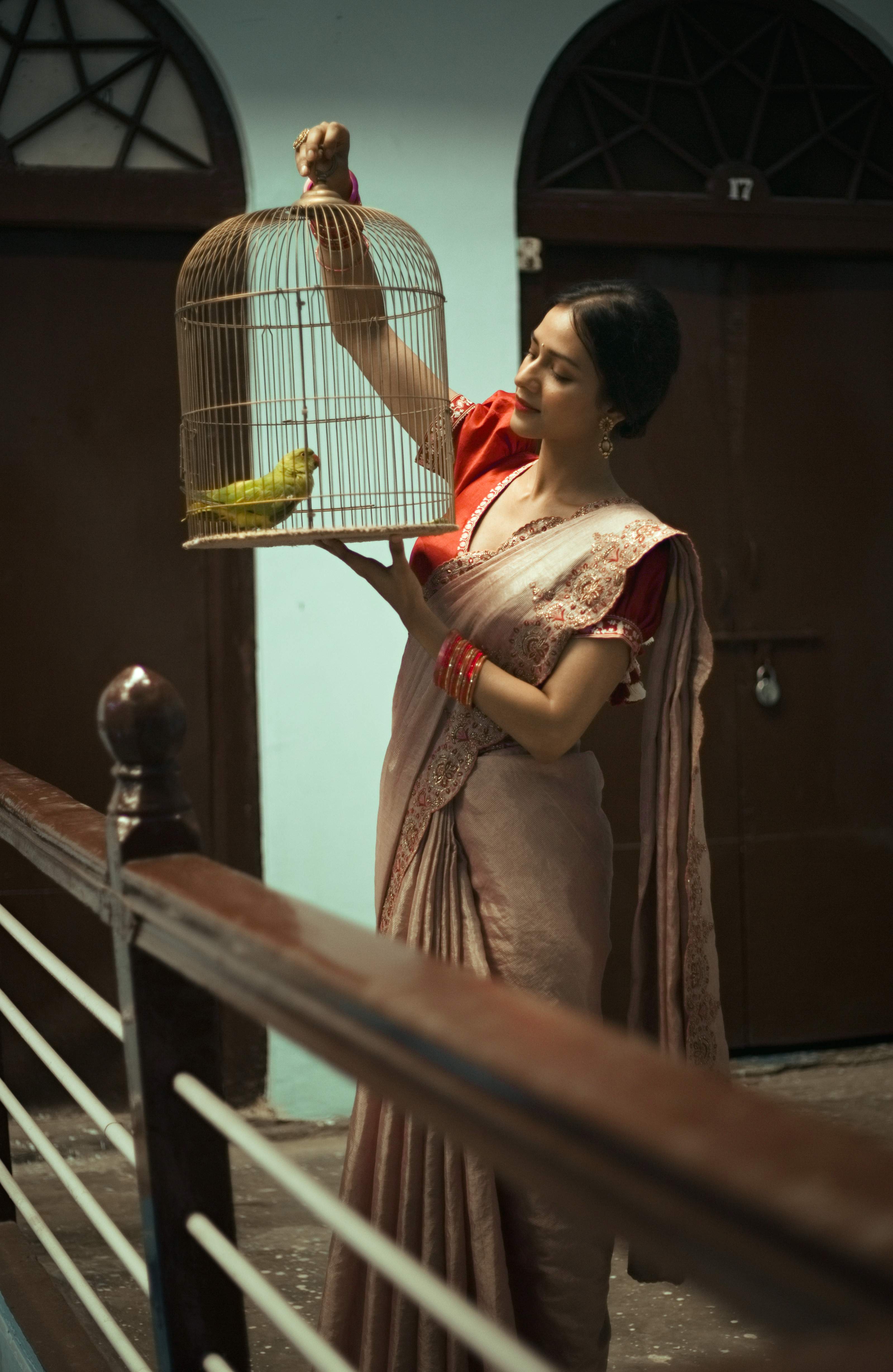 Silverscreen romance
Inspired by the 1983 classic, Mandi that was directed by Shyam Benegal, Torani’s festive edit is an ode to the sensuous charm of the movie’s lead characters Rukmini Bai, played by Shabana Azmi and Zeenat portrayed by Smita Patil. “My fixation with Hindi cinema as a 90’s kid was illimitable. One minute I would dance to the songs of Rangeela like Urmila Matondkar and the next I’d enact the scenes of Karan-Arjun,” shares Karan, who as a child would save up money throughout the week to watch a movie, every Friday. Deeply affected by Benegal’s satirical movie at the age of 16, little did the now 26-year-old old know that a decade later it would translate into a collection.

Bold is beautiful
Drawing from the film’s views on the protagonists’ lifestyle and choices, Karan strays from his usual pastel palette, replacing subdued tones with bright, bold colours like Rani pink, emerald green, deep mustard alongside ivory and gold. Incorporating a central plotline from the movie that ‘vanity can be worn as medal’, the line makes use of shimmery Chanderi tissue silks, sheer organza, 12 inch plunging necklines and extensive dabka, pitta and hand-beaten gold zardos that bring on the drama. 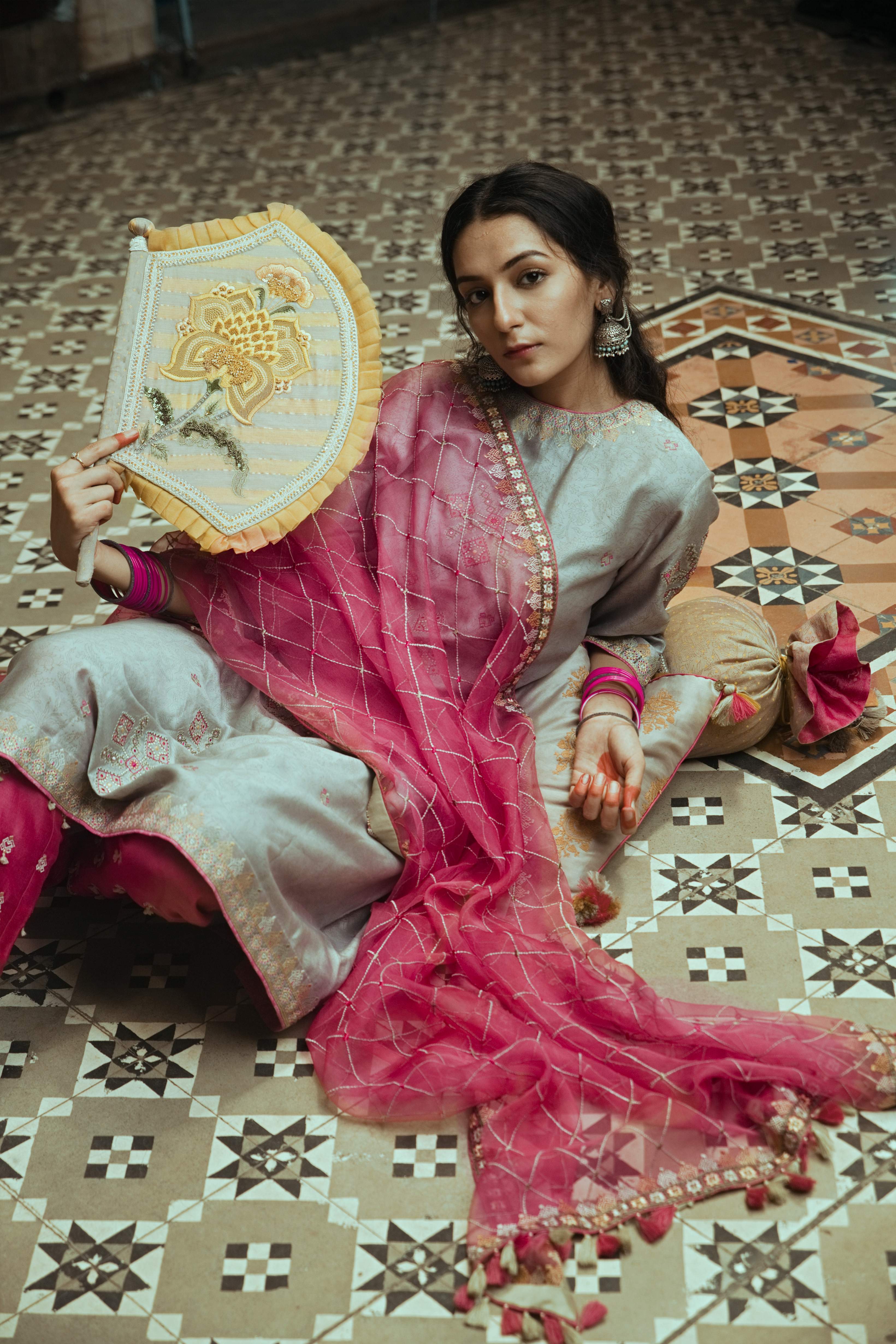 Maximum impact
Typical of the designer, while the collection is also marked by cheent (chintz) patterns that are recurrent throughout the line, the Pearl Academy of Design graduate reverts to his Sindhi roots for the key embroidered motifs. “Geometric patterns with flora and fauna symbols, arabesque ornamentation and intertwining bands are an intrinsic part of my design vocabulary,” says the designer, whose ensemble from Mandi was recently spotted on Shabana Azmi. 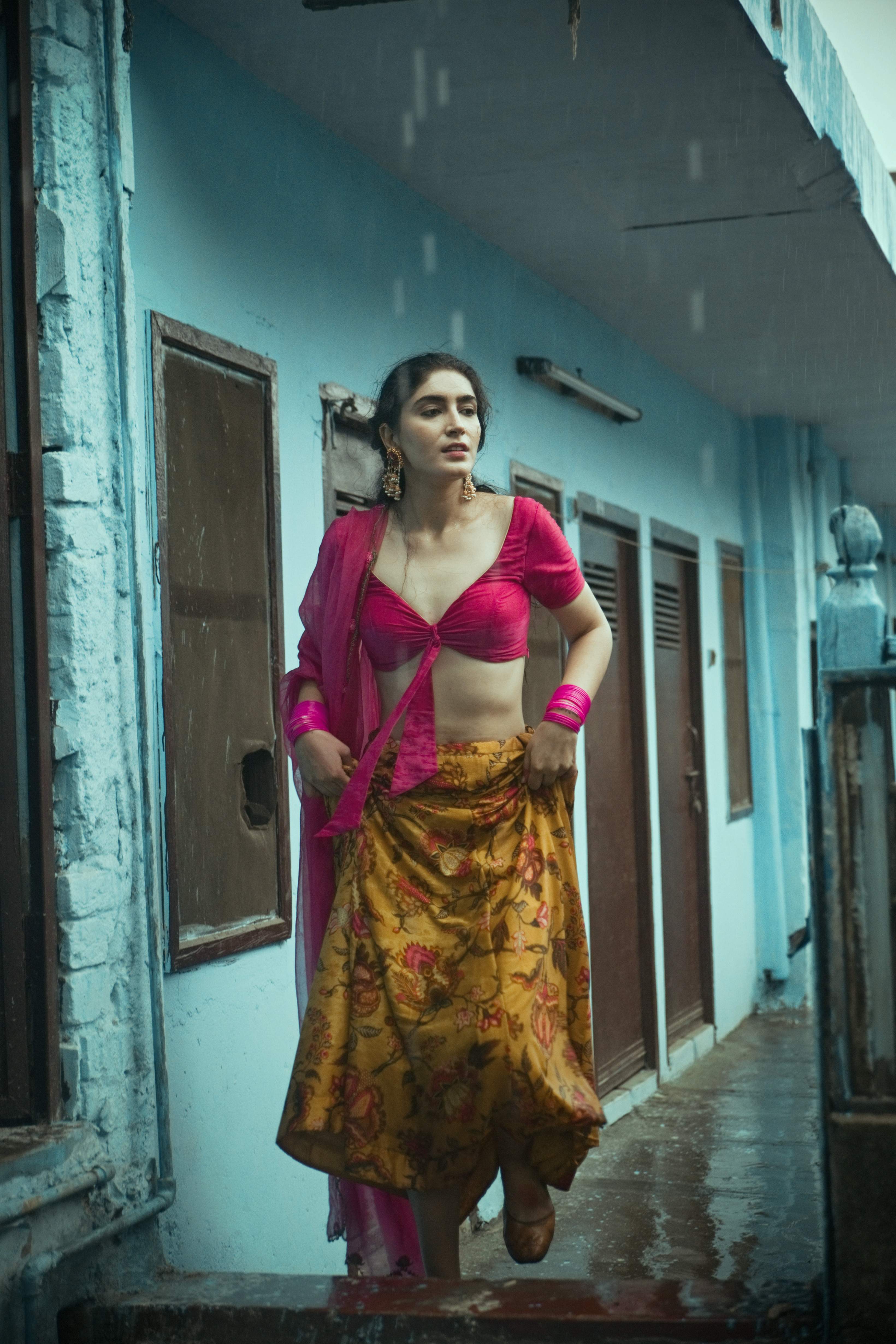 A gateway into expanding his aesthetics, the New Delhi-based designer tells us that Mandi has pushed him to create silhouettes beyond his zone of comfort. “Some of the most well-received pieces were the tie-up bikini blouses. I believe the Indian customer is evolving and we, as designers, need to perceive them beyond these conventional frames of ‘modesty’ we have created.“ Expect to see more sensual, feminine contours in upcoming lines.