Ten Instagram bakers from Chennai who are blowing our minds right now!

Hectic schedules, dormant dreams. The lockdown seems to have changed all that for newbie bakers and longtime dessert makers alike, who have spread their wings — via the contents of their baking trays. Operating from home kitchens with Instagram storefronts, virtual dessert parlours have been popping up by the dozen in Chennai. Here is a curated tour of some of the outfits that have caught our attention.

Baked by Faz
Six months. That’s how long Fazil Badrudeen took to perfect his cinnamon roll recipe. It’s no coincidence that a bulk of these baking sprees happened during the lockdown, when this popular food blogger began spending more time in his kitchen than eating out. Unlike most of the folks on our list, Fazil (33) tells us he doesn’t want to pursue conventional bakes like brownies and cupcakes. Instead, he shares, “I am more interested in lesser-known desserts like Basbousa that that are either non-existent in the city or hard to find.” Expect a single item on his menu: Eggless Cinnamon Rolls topped with a glaze made with Real Cream Cheese imported from New Zealand. We’re told caramel and pecan flavours are on the way! Boxes of two and four are priced at INR 300 and INR 500 respectively. The D’Oh Co
Kavya Prasad (20) juggles law classes on her air pods while she bakes. “My days usually span anywhere between 18 to 20 hours with me baking over 50 batches of my Belgian Chocolate Brownies and White Chocolate Blondies,” she tells us. But she couldn’t be happier. Her motto: ‘Where there is a whisk, there is a way.’ What began as a fun project last December has since received plenty of attention, especially during the lockdown. Look out for six varieties of cookies, mudcakes and caramel triangle bars, a new favourite on the menu. Brownies are INR 900 for nine pieces, mudcakes and cupcakes INR 600 for six pieces and cookies at INR 500 for a box of six. 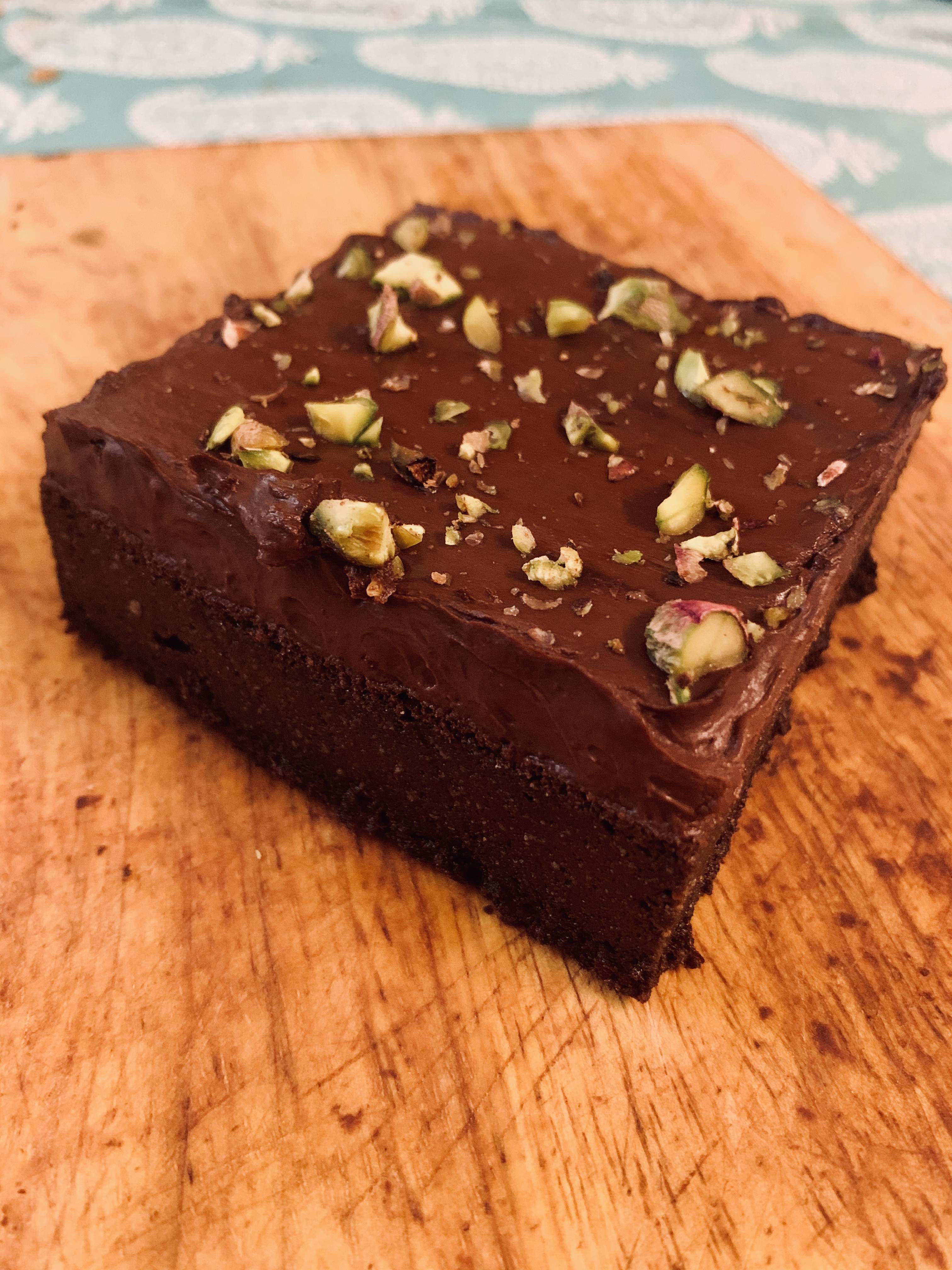 Parfait by Vidyu Raman
Actor Vidyu Raman who is currently working on Prabhas’ latest untitled movie tells us, “Unwinding after a shoot usually meant a baking session.” But she didn’t really think of channeling this skill toward an entrepreneurial venture until the lockdown. “I baked a batch of chocolate chip cookies for a friend’s birthday and they were a hit!” she recalls. The 28-year-old used the feedback as impetus to drop a new cookie flavour each week on Instagram — like a S’more-inspired one (Couverture chocolate paired with marshmallows imported from America) which will launches next week, White Chocolate & Hazelnut and Dark Chocolate & Sea Salt. Also look out for blondies, eggless desserts, quiches and diabetic-friendly truffle cake that swap the sugar for Xylitol. INR 500 to INR 600 approx. 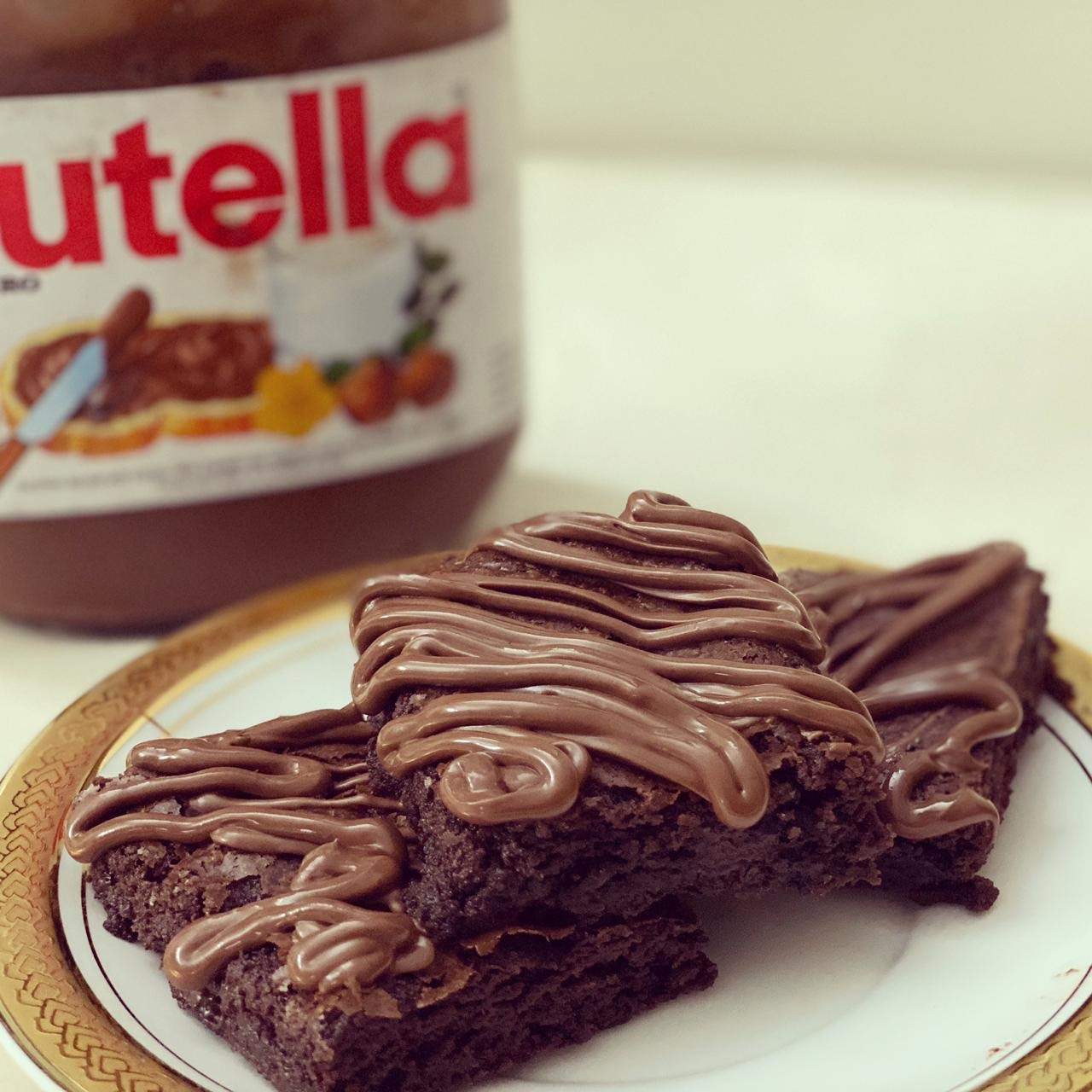 The Brownie Boulangerie
Husna Imran (22) has been baking ever since the sixth grade. But, this Psychology graduate tells us, “It took a lockdown and a push from my cousin for me to finally decide to create a ‘business page’ on Instagram back in May.” Look out for her signature Double Chocolate brownies that are her hottest sellers so far (INR 420 for eight pieces) as well as Walnut brownies and Lotus Biscoff Brownies that are made on select days of the week. The menu is also being expanded to include the likes of croissants and cinnamon rolls to name a few. If you’re seeking some additional indulgence, request a Nutella topping for INR 10 per brownie. Oishii Chennai
This exclusive cookie house serves up an eclectic menu. Sample this: Classic Chocolate Chunk, Pistachio Rose, Coconut Jaggery and the one we most want to try, Peanut Butter & Jelly! Started by twin sisters Reshma and Reema Ravichander — the venture began “just by baking during the lockdown to regain a sense of balance” Reshma says. But this outfit is by no means amateur. She adds, “I decided at the age of 12 that food was the most important thing in my life.” She went on to pursue her culinary training At-Sunrice GlobalChef Academy, Singapore and a Bachelor of Business in Culinary Management at Victoria University, Australia, while her sister, a filmmaker took to baking as a hobby. Reshma who is obsessed with all things Japanese tells us, “Oishii, translates simply to ‘delicious’.” Vegan cookies available as well. INR 300 to INR 400. 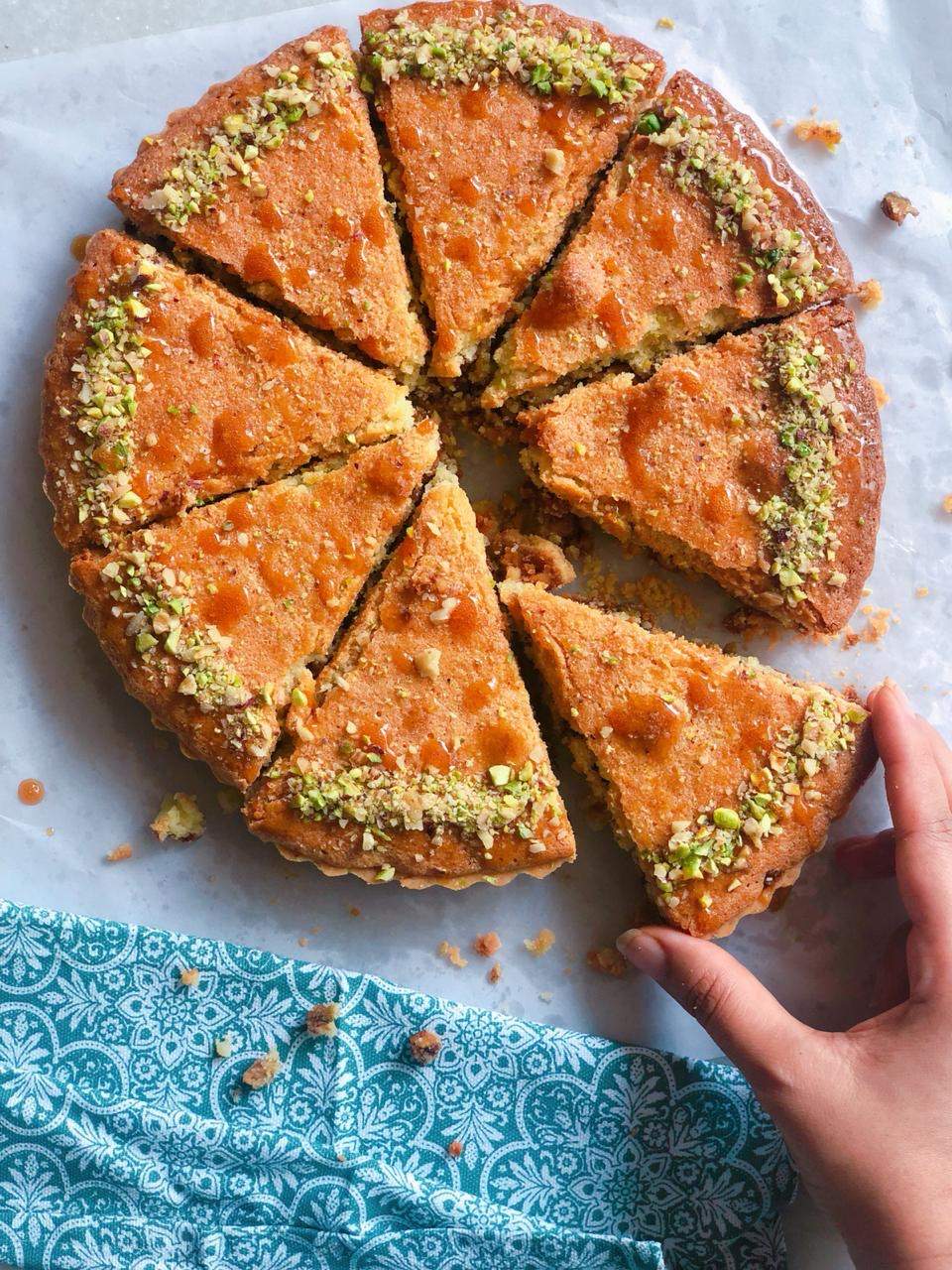 Moonbakes
Cookie shots and Baklava tarts, anyone? Dharani Ranganathan doesn’t have to sell us on her creative offerings, because of just how novel they are to begin with. The homemaker who has had a passion for baking since her school days and even studied hotel management in Switzerland, tells us she somehow didn’t get around to opening a dessert shop, although it has been a dream project. “But COVID-19 has given me the chance to go for it, and here I am,” she says. INR 100 per piece for cookie shots and INR 1,650 for a Baklava tart — large. On the menu, also expect Oat Bars (INR 800 for eight), Baileys Cheesecake Minis (INR 960 for six) and Gooey Sticky Caramel Blondies (INR 960 for nine). 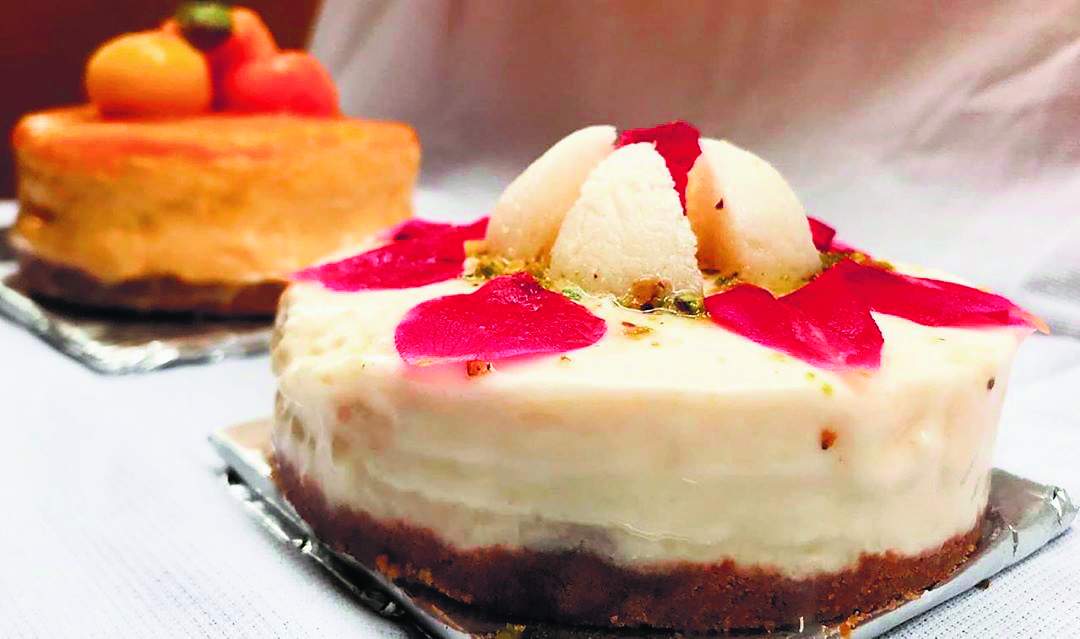 Seyed’s Kitchen
Real estate professional Salma Wafra Seyed is not used to sitting still. Now add to this being pregnant in the middle of a global pandemic! “I had all this beautiful energy from my baby — to work and do something meaningful,” she recalls. So the 26-year-old began to pay attention to the food trends that came with the lockdown. And with an abundance of home bakers in the fray, Salma decided her USP would be ‘no-bake’ desserts instead. Currently focusing entirely on cheesecakes, her menu is divided into four sections: Classic, Fruit, Indian and Biscuit. Sample options like  New York Cheesecake, Mango, Gulab Jamun and Cookies ’n’ Cream. INR 1,250 for a kilo approx. 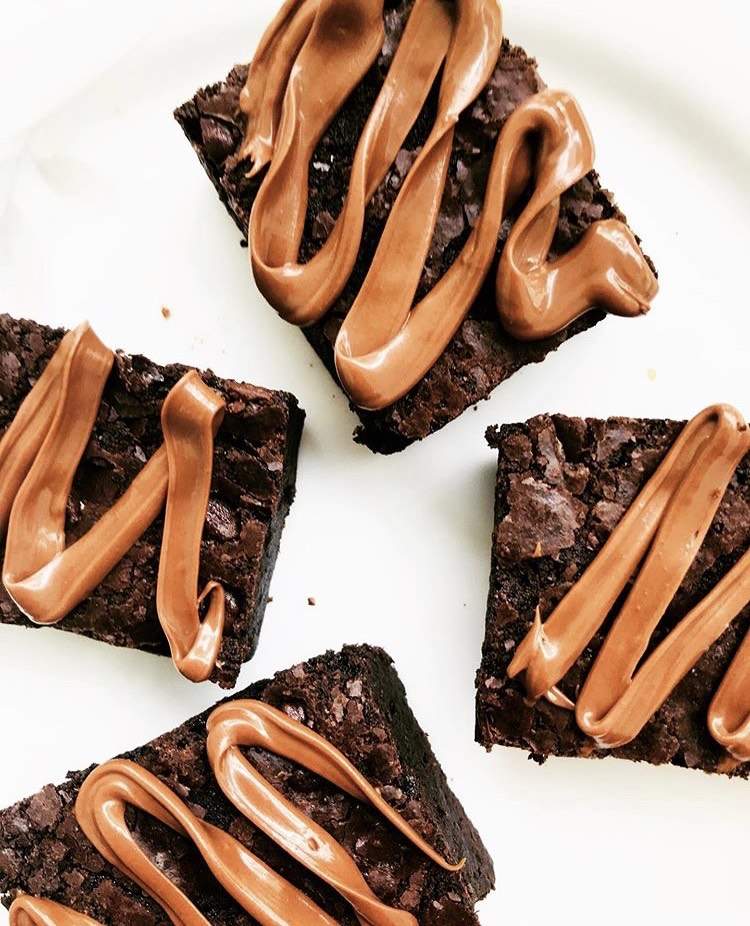 Sara’s Cookies and Brownies
Fudgy, not cakey. That was the mission for Saranya Raju (28) when she started experimenting with a new brownie recipe during the lockdown. What started as samples for fun shared with friends and family, quickly scaled up to an Instagram cafe, with sister Aishwarya (24) chipping in for the marketing and creatives. Given that both are former IT employees, we’re told that trading excel sheets for measuring cups has been quite an adventure. “Our basic brownie is a Fudgy Chocolate Brownie and you can also opt for toppings or infusions like Nutella, KitKat and Walnut,” says chief baker Saranya. Gooey chocolate cookies at INR 180 for two, INR 250 for a box of six brownies. 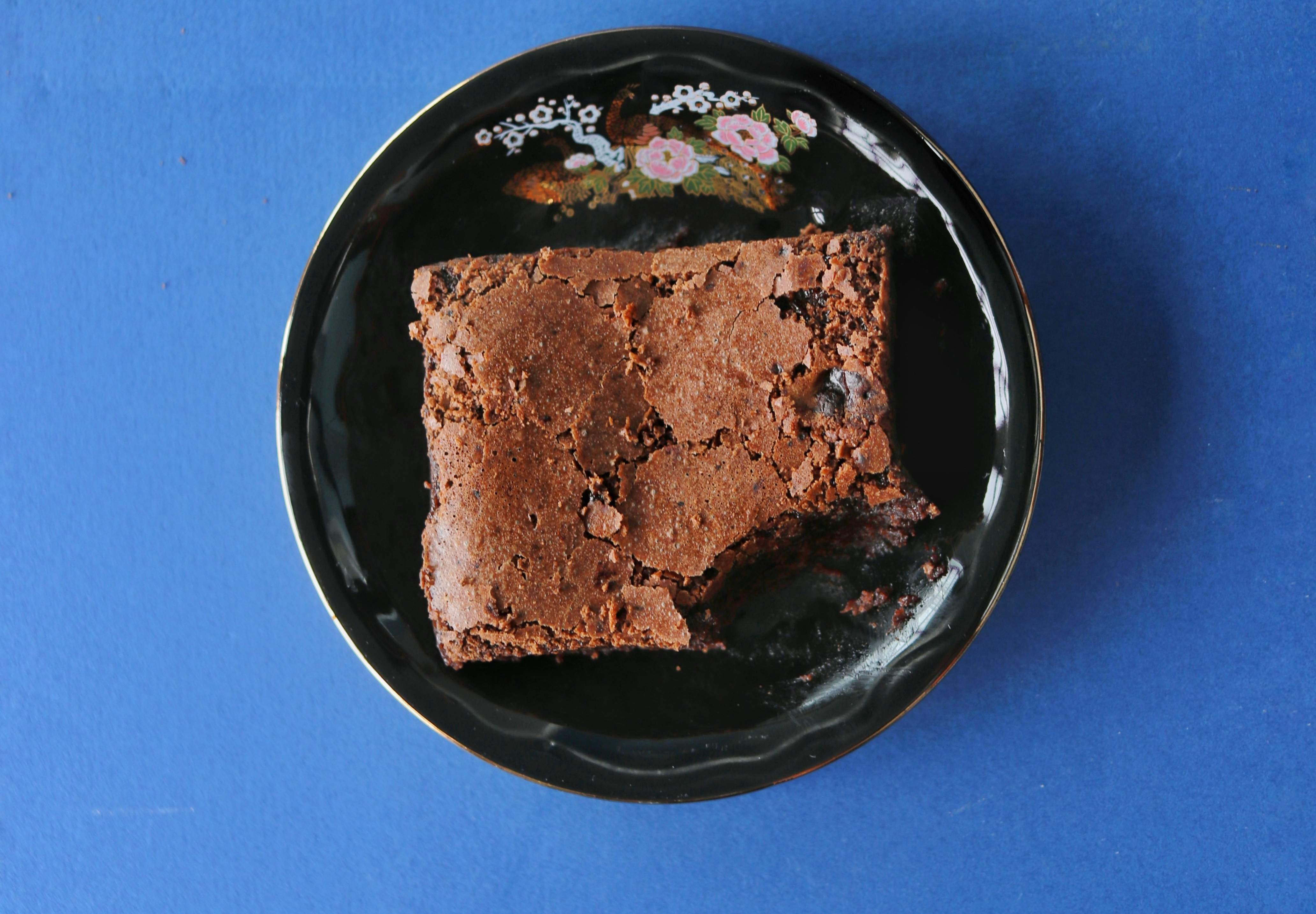 Fudge Bakes
Most people like to heat their brownies for that gooey goodness. Aswinkumar TSB (26) surprises us by suggesting we refrigerate his creations instead. "This way you can feel the richness of the dense chocolatey texture," he shares with the sage wisdom of a true brownie connoisseur. Irked by the 'cakey consistency' that often passes off as a brownie, this IT professional and baker shares, "I want people to try my brownies and realize what a real good fudgy brownie tastes like." It's no coincidence that his personal Instagram handle is Mr Fudgy! The latter also doubles up as a platform to showcase his myriad eating adventures as a food blogger when he isn't whipping up perfectly sinful batches of brownies. After a year of procrastination and friends urging him to give it a shot, the lockdown was the final push he needed to get started. His menu of two items is fairly simple: Fudgy Brownies (INR 50 a piece) and  Fudgy Brownie Cake (INR 600 for 600 gms). 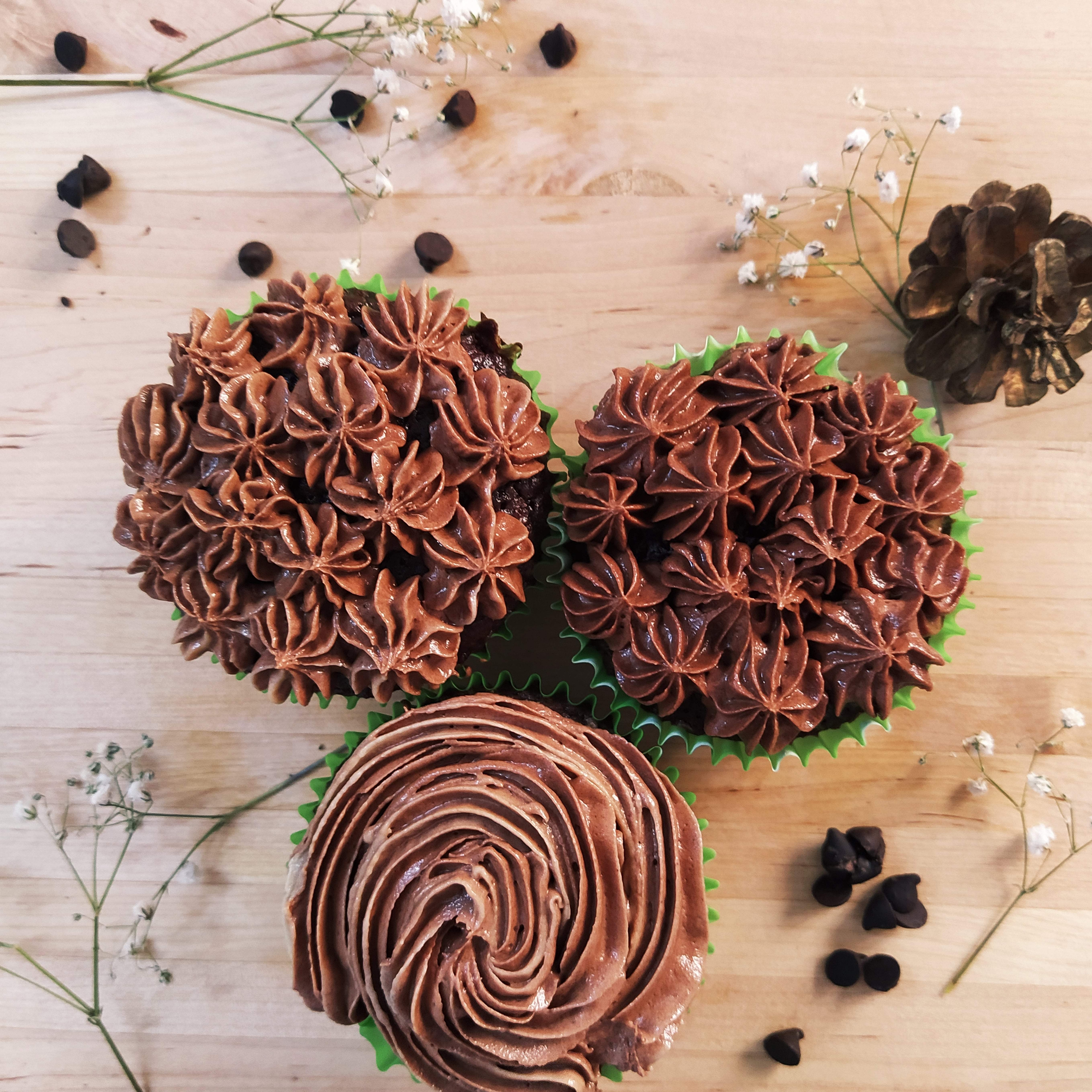 Oven Love
At 19, Samyuktha Darira is the youngest baker on our list. Although, she does make it a point to clarify that her curiosity and delight around a good cupcake goes all the way back to age four - when she was barely tall enough to reach the oven on the kitchen countertop. Tinkering with her mother's recipes during the lockdown for a sense of comfort, Samyuktha tells us that her month-old venture serves up an assortment of cupcakes and brownies. "My bestsellers at the moment are my Banana Cupcakes with a vanilla butter frosting and Chocolate cupcakes topped mocha frosting." With that are flavours sweet, buttery and delicious, she has been encouraged by family to whip up some healthy options as well, which are under consideration. For the moment, however, as we all grapple with the uncertainties of a pandemic, she says, her focus is singular: "It's about feeling happy." Expect surprise pop-ups on the menu every Saturday. Eggless brownies available on request. INR 300 for a box of four cupcakes.