Looking to try artisanal coffees in Bengaluru? Head to Foxtrot - House of Subculture

A cup of coffee and a good companion is the perfect combination for a leisurely afternoon or evening. And if the coffee has a story behind it, that itself could become a point of an engaging conversation. This is perhaps the idea that prompted Foxtrot - House of Subculture to launch a new menu that includes an elaborate artisanal coffee section. Now if you wondered like us about how this pub would do justice to coffee, then here’s our report. High on caffeine
We dropped by at the Koramangala outlet on a weekday afternoon to get our caffeine fix and opted to try the specials — Aeropress, V60 and Siphon, named after the brewing method. The coffees are brewed at the table and we were excited to see the waiter tinkering with the various funnels, beakers, roundbottom flasks and more.

From the Aeropress came a cinnamon and hazelnut blend that had a distinct cinnamon flavour. The V60 was a blend of organic roasted coffee beans. The bold flavours were closest to filter coffee, however the bitterness didn’t impress us. The last coffee we sampled, Siphon, was a blend of French Vanilla that boasted subtle vanilla notes. Quick fix
The new menu also includes cocktails, mocktails, ‘Coffee Time Snacks’, and ‘Global’ small and large plates. We sampled the Fox Special Four Cheese Pizza. The thin crust pizza was topped with generous amounts of Mozzarella, Parmesan, Cheddar and Goat Cheese — the perfect balance of gooey and crisp. From the ‘Coffee Time Snacks’, we tried the Paleo Chicken Bowl. Chicken breast with thin shreds of beetroot, zucchini and bell peppers, broccoli and beans was served with a white sauce on the side. The parboiled broccoli and beans with the other raw veggies and chicken make for an interesting play of textures and the white sauce with hints of pepper adds subtle flavour. 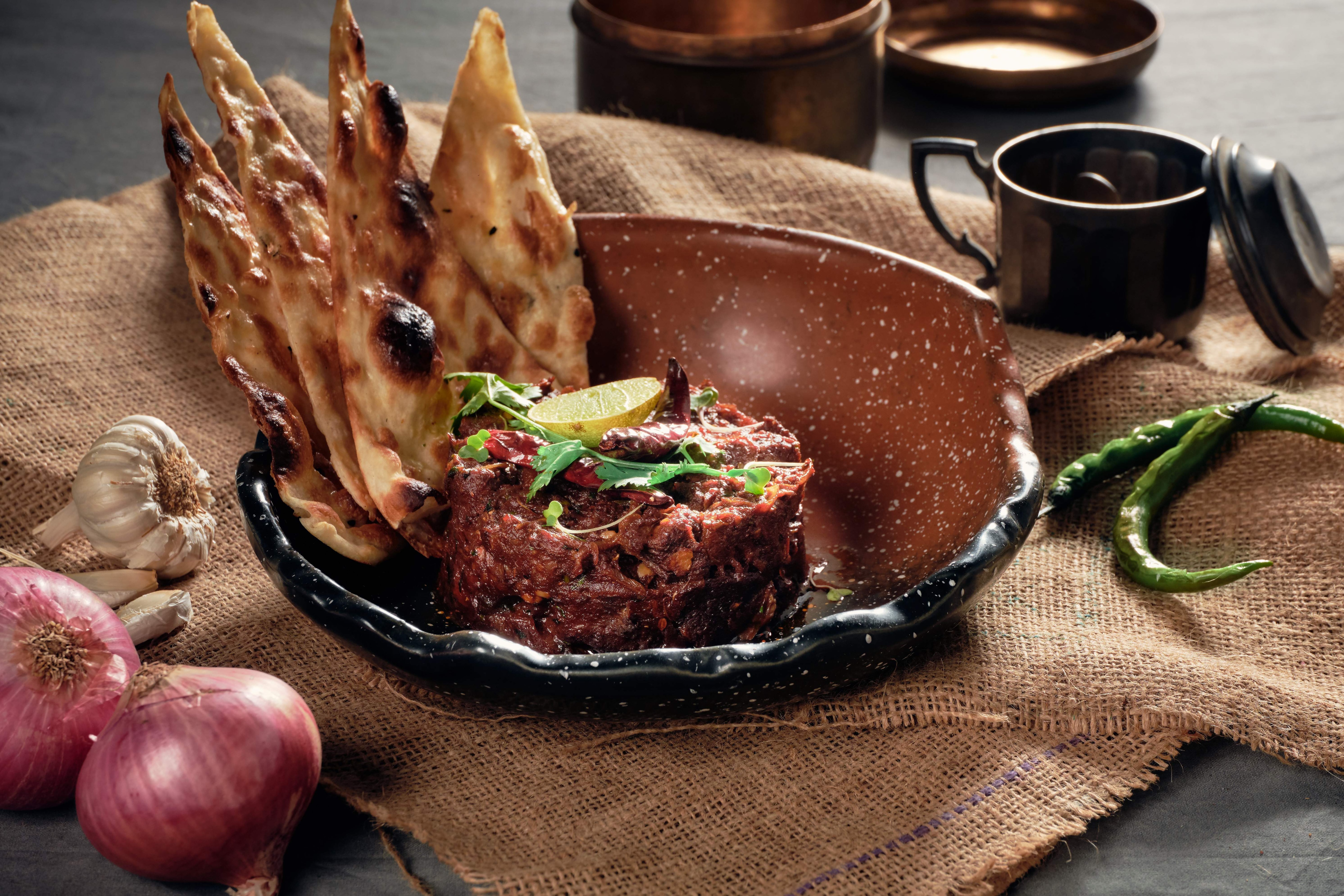 For those who are looking for something more indulgent, we suggest the Junglee Maas. The Rajasthani classic is offered with a twist. The semi-dry, peppery mutton is served with crisp naan — a great combination. We sampled another new signature dish — the Lamb Galouti Biryani, which replaces pieces of mutton with velvety and smooth galouti kebabs. Layered between fluffy, long Basmati grains, the kebabs were delicious. From the dessert section, we opted for the Panookie — large, chocolate cookie that’s freshly baked and served with a scoop of vanilla and chocolate sauce. The warm cookie crumbled in our mouth and tasted even better with the vanilla ice cream.

With a menu centred around coffee, Foxtrot - House of Subculture is sure to attract a new class of diner, one who takes his coffee as seriously as his alcohol.