Move over Biryani and check out the Tawa Pulao Festival at Paranthe Wali Galli.
The eatery in Southern Avenue presents Chawal ka Chatpata Andaaz with its eight varieties of Tawa Pulao. A delectable bonhomie between the pulao and biryani, the one-pot meal is a delicacy of Northern India, we are informed. Tossed on the tawa after cooking, the recipe is meaty and quite filling. We sampled two varieties of the pulao served with raita, pickle and salad. The Mutton Tawa Pulao is a meaty treat with shredded meat in abundance and we highly recommend it. The flavourful pulao with a hint of caramelised onion, mint and sauteed dry fruits is delectable. We also sampled the chicken tawa pulao and heart the soft chicken chunks mixed with veggies. The other variant includes egg, paneer, sabz or vegetable and corn. What makes the pulao endearing is that it's less oily. 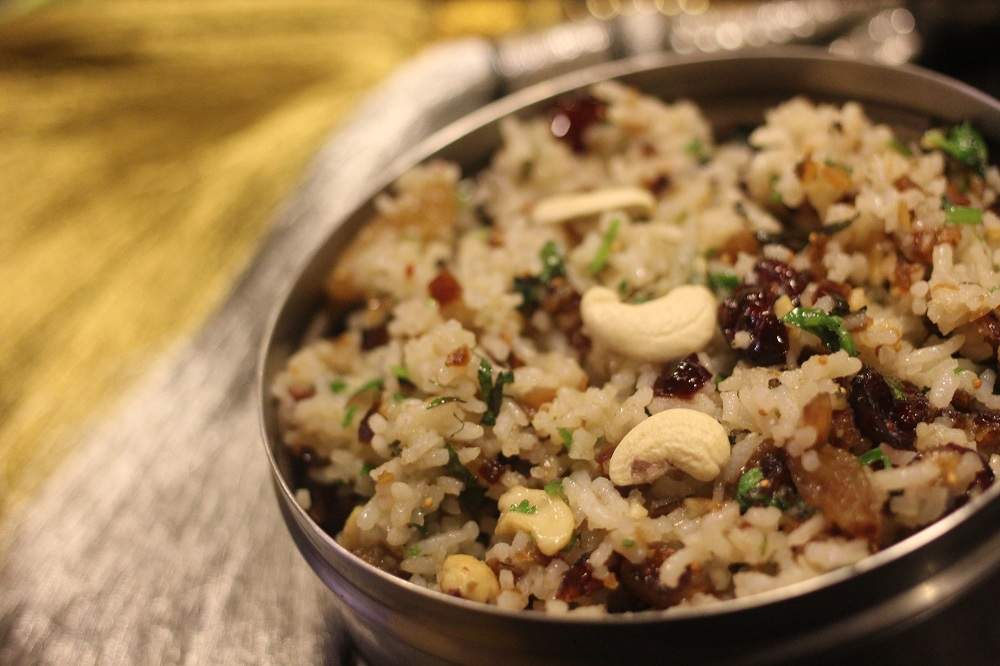 The dessert too is made from rice. We loved the nutty character of Dry Fruit Tawa Pulao and though you might think its mishti pulao, believe us, it’s a much better version.