Mango special: Here's where you can get farm to table organic mangoes in Chennai

Mangoes might be the sweetest way to say you care to friends and family you can’t meet in person right now. This is why a number of vendors are receiving requests to slip in a handwritten note and even in some cases, gift wrap the cartons. Sahana G Krishnan, a fashion designer and organic farming enthusiast tells us that her online store Pachchai Kaaikani does both. “Birthdays, lockdown romances, families sending love in a box from a different city, even wedding proposals — we’ve done them all,” she says with a smile. Her two-year-old venture operating out of Porur, sources mangoes (Alphonso, Neelam, Kalkandu, Imam Pasand) from farms in Tiruvallur and Erode and delivers pan India. Order a minimum of three kgs. INR 750 to INR 900. Instagram: @Pachchai_Kaaikani

Their sweetest note, to date, she recalls read: ‘Please mango me, I would like to grow old with you.’ Talk about a 'mangoficient' gesture!

Ripe for the picking
That said, if notes do not make you swoon and you’re in pursuit instead, of the sweetest fruit — there is one farm in Chennai that is guaranteed not to disappoint. Here is why. Unlike most farms that pluck their harvest green at 75 percent ripeness to increase its shelf life, Nirupama Reddy of the Hanu Reddy family tells us that at her grandfather’s  65-year-old orchards (Andhra Pradesh and Tamil Nadu), batches of mangoes are only plucked when the fruits start dropping by themselves from the trees. This indicates a mature fruit, we are told. “We take pride in allowing our fruit to get to this stage on the trees. This makes them the sweetest,” says Nirupama. She also attributes their sweet notes to their red soil and organic manure from the free-ranging desi breed cattle. The farm which door delivers Baganapalli, Imam Pasand and soon, Rasalu (this is the one where you make a hole at the top and squeeze out the pulp) incidentally started a separate vertical of ‘mango tourism’ back in 2019. Nirupama tells us Hanu Reddy Mango Tourism is now developing an orchard in Guduvanchery which will have at least 100 different varieties of mangoes from all over the country.
Starts at INR 325 for two kgs. Instagram: @hanureddymangotourism 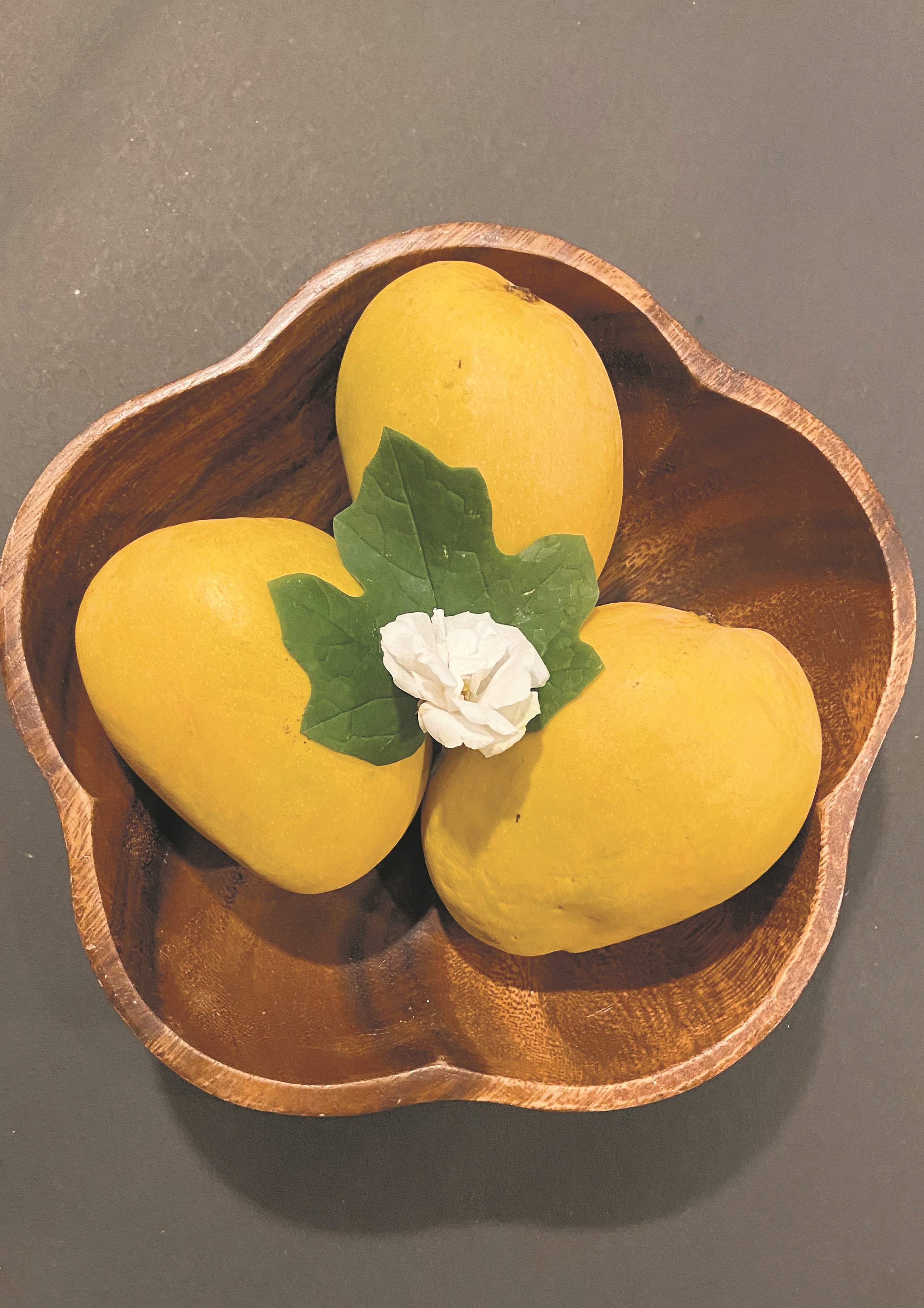 Farm to home
Lesser-known varieties like the Padhiri (name inspired by the priest who grafted them), Jehangir (which looks like an apple) and Suvarnarekha can be found at organic store Farm to Table’s Cholayil farm near Red Hills. Director, Susmera Cholayil who incidentally hails from the Medimix family tells us, “This is the farm my grandfather bought to grow the herbs that he put into the soap 25 years ago.” With over 50 varieties available before the season ends toward the end of the month, the advantage here is that you can request your mangoes delivered on the same day it is harvested (Tuesday and Friday) for the freshest pluck. INR 140 to INR 190 a kg. Call: +917550155005, Instagram: @farmtotable_chennai

Moving further down South to Salem where some of the most sought-after batches are sourced for their depth of flavour and aroma, we talk to Srinivasan Jayapal whose family has been in the mango business for a century now. “We had a delayed season this year and lesser produce, due to rains,” he says. But you can get your hands on the Salem Bangalora, Salem Alphonsa, Malkova and Nadusalai coming in from farms in Salem and Karumandurai. INR 750 for five kgs. Info on salemmangoes.com 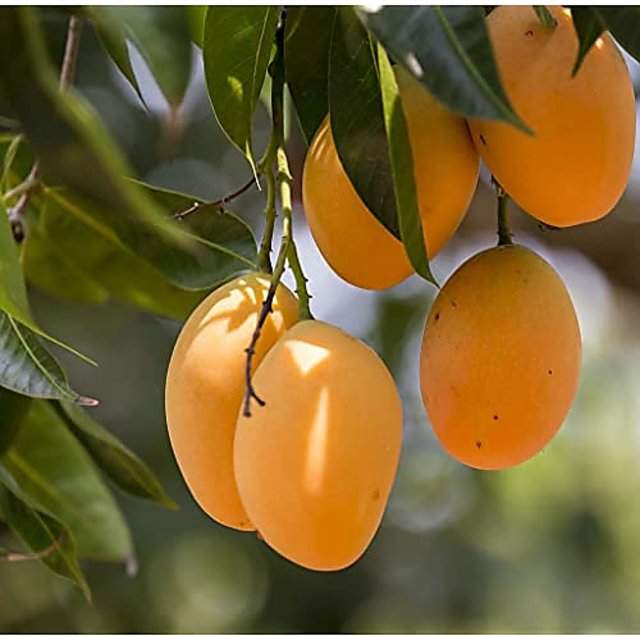 Sharing the bounty
Jignesh Pujara’s Eko-Lyfe store in Alwarpet is sourcing varieties like Dasheri and Amrapali all the way from forest farms in Odisha. INR 300 per kg. Delivery by courier in South India. Instagram: @eko_lyfe Similarly, farmers in Tamil Nadu are getting support from other states. For instance, Bengaluru-based One Field, is a venture designed to support marginalized farmers by cutting out the middle man. From this year’s harvest Prem Kurian recommends, “the underrated and rarely seen Kallapadi” for its sweet notes and buttery taste and the Badami, well-loved for its deep orange flesh. For folks who prefer smaller batches and family-grown produce (Kesar, Mallika, Totapuri and others) the farms in Gowribidanur are a good option. INR 150 to INR 250 per kg. Info on gostore.app/jasonss Dasheri
Dasheri, as a variety, is over 200 years old and originated in a village near Kakori in Lucknow district in 18th century. It is a sweet and fragrant variety of mango grown in parts of North India like Malihabad in Uttar Pradesh; Nepal and Pakistan. Though the fruit is small when compared to its grafted counterparts, its flavour and aroma are unmatched.

Amrapali
The Amrapali mango is a named mango cultivar introduced in 1971. It was developed as a hybrid variety of Dasheri and Neelam by Dr Pijush Kanti Majumdar at the Indian Agriculture Research Institute in Delhi. Since then, this mango has been introduced to farms and orchards across India. Amrapali was first planted in West Bengal in Chakdaha, Nadia district.

Imam Pasand
This variety of the king of fruits, it is believed, was once relished by kings in the Mughal empire. The word imam is associated with Muslim royalty, hence the name Imam Pasand. It is grown primarily in the South Indian states of Andhra Pradesh, Telangana and Tamil Nadu. Hay day
Food and culture raconteur Rakesh Raghunathan who told us the story about the Padhiri mango, so named after a priest that grafted it, has some tips about what to do if your home-delivered box is filled with green mangoes. “The best way to naturally ripen your mangoes is to lay them in a bed of hay,” he says. Of course, in the likelihood that you don’t have hay handy in your pantry, he tells us, the next best thing is rice!