Indulge Pongal 2020 Special: Going back in time to learn how the first harvest was celebrated 5,000 years ago

As we approach the first harvest of a new decade, we hop on a bullock cart back in time to the villages of yore, sugarcane stalks in tow — to remember where it all began. Jumping colourful kolams, skidding through giddy scenes of music and dance and stopping squarely centrestage, in front of that clay pot that overflows with tradition, we unpack centuries of history... all distilled down to one glorious ghee-laden spoonful of Pongal.

But before we head out, here are a few thoughts to lead the route. A return to roots has set the tone for how we eat and where we source our produce, for much of the past 10 years — whether you look at buzzwords like organic vegetables or farm to fork. So even though Pongal is a few days away, you might say, we’ve been reaping a wholesome harvest for a while now. As a ‘mattu’ of fact, stepping into rural landscapes is simply a reminder of what is already deeply ‘ingrained’ with the Pongal tradition — celebrate your yield, gather and feast and always, give thanks. Ven Pongal began
In order to revisit where it all began, we reach out to food historian Rakesh Raghunathan, who has been known to steep himself in research around temple cuisine in South India (pongal is a much looked forward to prasadham) as well as the origins of dishes by way of sacred and culinary texts. Some 4,000 to 5,0000 years ago, Rakesh takes us back, “Ancestral worship meant giving thanks for a harvest with indigenous ingredients that were aplenty — and back then there were over 250,000 grains to choose from.” 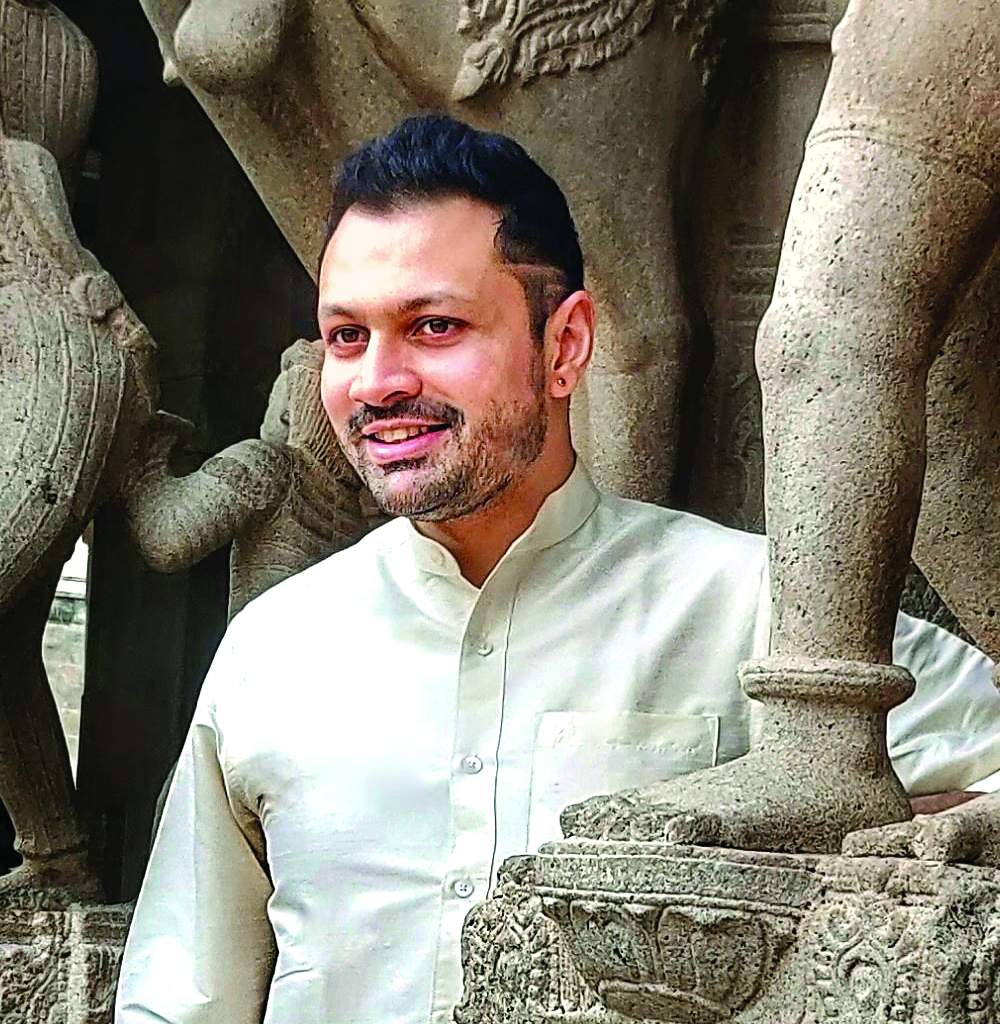 Moong dal, the second primary ingredient of the Pongal dish was likely chosen because, he tells us, certain ingredients were known to be avoided, especially in the Tamil Brahmin community. This included toor dal, asafoetida and even ingredients for spice and flavour like red chillies. “The ancient Ayurvedic texts refer to spicing with one main ingredient — black pepper,” he recalls from research, and so we have the three foundational tenets of the original Pongal recipe — cooked in a clay pot, all those years ago.

One could logically attribute the coinciding of this celebration and the Margazhi month, according to Rakesh, with some simple reasoning. “In winter, people needed a meal to keep them warm and this was the perfect one-pot solution, especially for temples — with a surplus in their granaries and queues of volunteers.” The added decadence of ghee, which also keeps the body warm, elevated this dish from a farmer’s gruel to a much sought after community feast.

• According to Ayurveda physicians, the best way to cook rice is on an open pan,  and then straining the water.

• Upon harvest, wait for at least three months    before milling.

• Aged rice has a distinct flavour and aroma, and also tends to fluff up when cooked.

•  Whole grains with the husk removed but the bran partly or fully left, can be chewy and take longer to cook — but they are rich in fibre,
minerals and vitamins.

(Contributed by Spirit Of the Earth)

Seize the clay
Of course, much has changed over time. Today, there are variations that have evolved based on geography (khichdi up North), nutrition and superfood trends (swapping out rice for millets) and of course, innovation (Ven Pongal arancini, anyone?) But one non-negotiable aspect has remained, century upon century: the traditional clay pot.

This movement of returning to our roots with ingredients also has for a few years extended to what we cook with. Clay pots are not just being used during Pongal but through the year in both households and commercial kitchens, across the country. And they definitely make your food taste better!
— Executive chef, Deva Kumar, Hyatt Regency Chennai

Nostalgia apart, when it comes to the preparation process of Pongal — it is perhaps the only constant that is agreed upon as both symbolic and upping the ante on flavour — whether you are in conversation with a rice expert, a farmer, a chef or a housewife. We, decided to get this verified by Executive Chef Deva Kumar of the Hyatt Regency Chennai, who is sourcing six pots from the street vendors of Kodambakkam, as we speak. Keep in mind, the pace of turn-around in a bustling commercial kitchen (especially on a festival day) is substantially slowed down — if one were to whip up 14 kilos of pongal in clay pots. But chef Deva Kumar would not have it any other way. “It takes roughly two-and-a-half hours per pot of pongal,” he shares with us. “But our ancestors knew what they were doing, because not only does mud enable a more even spread of heat, but everything tastes better this way.”

Rustic cookware
The humble clay pot might also be celebrated with gusto as we bring in the season’s harvest — as Indian households seem to be making a return to rustic cookware. “It seems we have come circle: from pots to pressure cookers to non-stick cookware and microwavable plastic and back to where we started,” says Rakesh. And with good reason, given as he points out, our ancestors in villages had a purpose behind every ladle, pot and pan. “A curry like a vathakozhumbu was made in terracotta pots which would absorb excess water, making it taste even better the next day, rasam was made in an eeya pathiram (made of tin which was known to help prevent diabetes) and flat breads were made on cast iron stones (traces of iron help to maintain health haemoglobin levels in the blood).” So be it for sentiment and a return to how you remember your grandmother cooking or for health reasons, given the beneficial minerals present in earthen cookware — you might want to save your clay pot to cook with the day after Pongal as well.

Temple run
Prasadham offerings during the Pongal festival usually include standard offerings of chakkara pongal (sweet) and ven pongal (savoury), wherever you might be in South India during the harvest season. But food historian Rakesh Raghunathan who has spent a substantial amount of time researching temple cuisine, says one can also look out for pongal kozhumbu (country vegetables like white pumpkin and flat beans boiled in a tamarind-based gravy) and akkaravadisal (rice, moong dal and jaggery). The latter is usually offered to Lord Vishnu in temples on the auspicious day of Panguni Uthiram.

Rice of the heritage grain
As for going back to our roots, in terms of the best suited indigenous grain for the preparation of Pongal, we consulted with Spirit Of the Earth — an initiative by the NGO AIM For Seva, in pursuit of popularising heritage grains. “We love our Tamil Nadu rice variants like Thooyamalli and Kichili Champa and Mapillai Champa (red rice)  for Pongal,” shares Jayanthi Somasundaram of Spirit of the Earth. She elaborates that there are indigenous grains from other states as well “like Ajara Ghansal, a delicate, fragrant brown rice from Maharashtra,” that works just as well.

Whatever you do, don’t use Basmati — is the only hands-in-the-air protest we get from the grain fraternity. For one thing, it largely changes the flavour of the dish and second, as one might imagine, its reputation is simply too refined for a wholesome, rustic meal such as this one! One chef who did not wish to be named actually called Basmati Pongal, blasphemy!

At the end of the day, a good harvest is about coming home. It’s about comfort food. And largely, celebrating a bountiful yield — a thanks that has been ritualised every time the pot is purposely allowed to overflow.