How often do you see a man wear a kilt in Hyderabad? Well, we did just last week, when we attended the Masterclass by Scotch Ambassador Simon Brooking. “I’m the Ambassador of a Scotch whisky brand from Scotland and what better way to represent it than wear a kilt! It’s also a great conversation starter like it is now,” he says, as he ushers us in to ITC Kohenur’s exclusive Club Privé.

A member of the Robertson Clan, Simon is a globally renowned voice for Scotch whisky, who has worked for many of the leading Scotch distilleries. His love of Scotland’s Highlands and Islands paved the way to being the Master Ambassador for Beam Suntory’s popular single malt scotch whisky portfolio — The Ardmore Legacy, Bowmore, Laphroaig and Maker’s Mark Bourbon. The Edinburgh-born whisky expert was in the city talk about the drink and possible food pairings.

Ahead of his class, we had a brief chat with the whisky expert. Excerpts:

How does one completely understand their single malt?
There are no rules in single malt. It’s about comfort. I suggest you don’t gulp it down. Rather, don’t be afraid to let your glass sit for a while. Always read the bottle and understand where your drink comes from because that makes a difference in the taste and aroma.

What are some of the must-try cocktails?
Whisky sour is one of the best drinks for the Indian climate. Some of the other options every whisky lover should try include Manhattan (whisky, sweet vermouth and bitters) and Smoky Martini Gin and Scotch.

You were at the recent Vault Biennale in Mumbai. What was that experience like?
What I loved about my Masterclass at the Vault Biennale was the enthusiasm of the participants. There are never wrong questions about Scotch and it was great to see people asking doubts to understand the drink better.

What do you think about the Scotch scene in India?
This is my first time in India. In the short trip that I’ve made as of now, I’ve seen that people do love Scotch and are eager to learn about it. To me, it seems like the scene is at its edge of the wave that is starting to rise. There are challenges, but we’re moving in the right direction. We’ve also observed that there’s also a lot of demand for the Ardmore Legacy here. 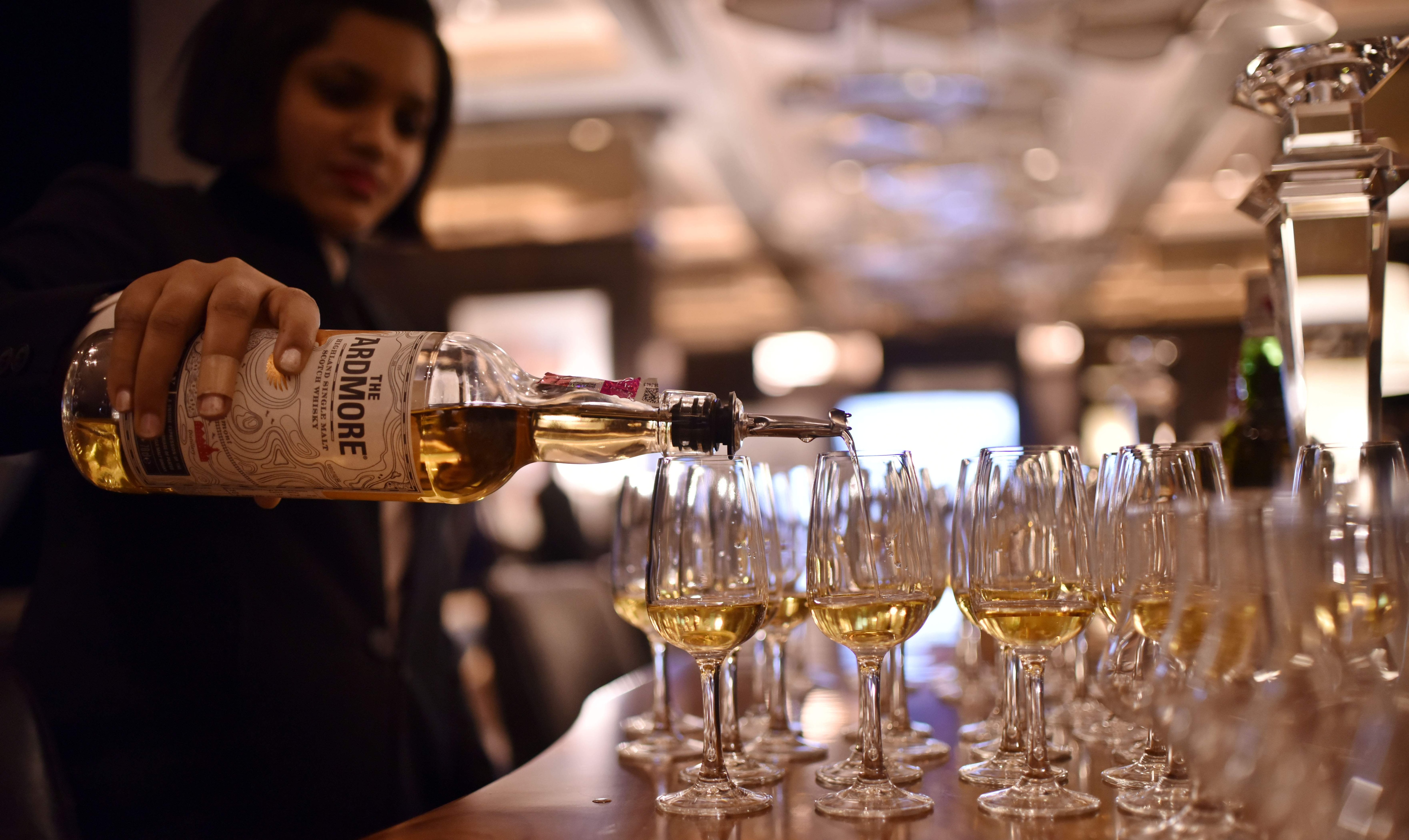 The perfect pairs for the toast
After our candid chat, we settled down in the plush club to sample various single malts, along with the appropriate food pairings. We began with an amuse-bouche —  Watermelon Parma Burrata. The sweetness of watermelon is balanced with the hint of saltiness, thanks to the burrata and garlic podi dust. Meanwhile, our first whisky, Laphroaig, arrived with delicious Mulligatawny Froth with Curry Leaf Oil. While the 10-year-old Laphroaig has a peat smoke flavour with salty undertone, the froth is warm and comforting — perfect for a winter supper.

Our next drink was the small-batch bourbon whisky, Maker’s Mark, produced in Kentucky. With an inviting woody oak aroma, Maker’s Mark has a sweet and fruity essence with a taste of caramel and vanilla. The Pearl Millet Rissoto with perfectly cooked chunks of Malai Murgh is scrumptious to bits, especially along with a sip of the drink.

The showstopper for the evening was the Ardmore. Before we took a sip, Simon suggested we pour a bit of the drink on our palms, rub them together and smell it. We get a comforting aroma of peat smoke and caramel sweetness. The smoky charcoal flavour leads to a hint of creamy vanilla spice with a sweet honey taste, as we sip on it. We dig into the well-cooked Grilled Lamb Chops with Methi Aloo Fluff and Fennel Leaf Butter — a perfect dish for Ardmore, which has a tangy aftertaste coupled with delicious spice notes.

(With inputs from Paulami Sen)