Fort Kochi was once a heritage destination meant primarily for tourists. Call it the influence of Kochi Muziris Biennale or improved means of transport like the Roro service, Kochiites have started heading out to the older part of the city to hang out and dine on some sumptuous delicacies.

We understand this in a conversation with Arun Raj, a Merchant Navy officer-turned-restaurateur, who opened Fort Kochi’s latest sports bar, 18 Degree Rooftop Bistro, along with Roy J Vayalat and Jebinson P J.

“We inaugurated this 6,000 sqft space for New Year but the idea of evolving into a sports bar is recent. So, we’ve brought in four pool tables and projectors for match screenings into the 60-cover restaurant,” says Arun, who also co-owns Bench Resto Cafe on Princess Street. 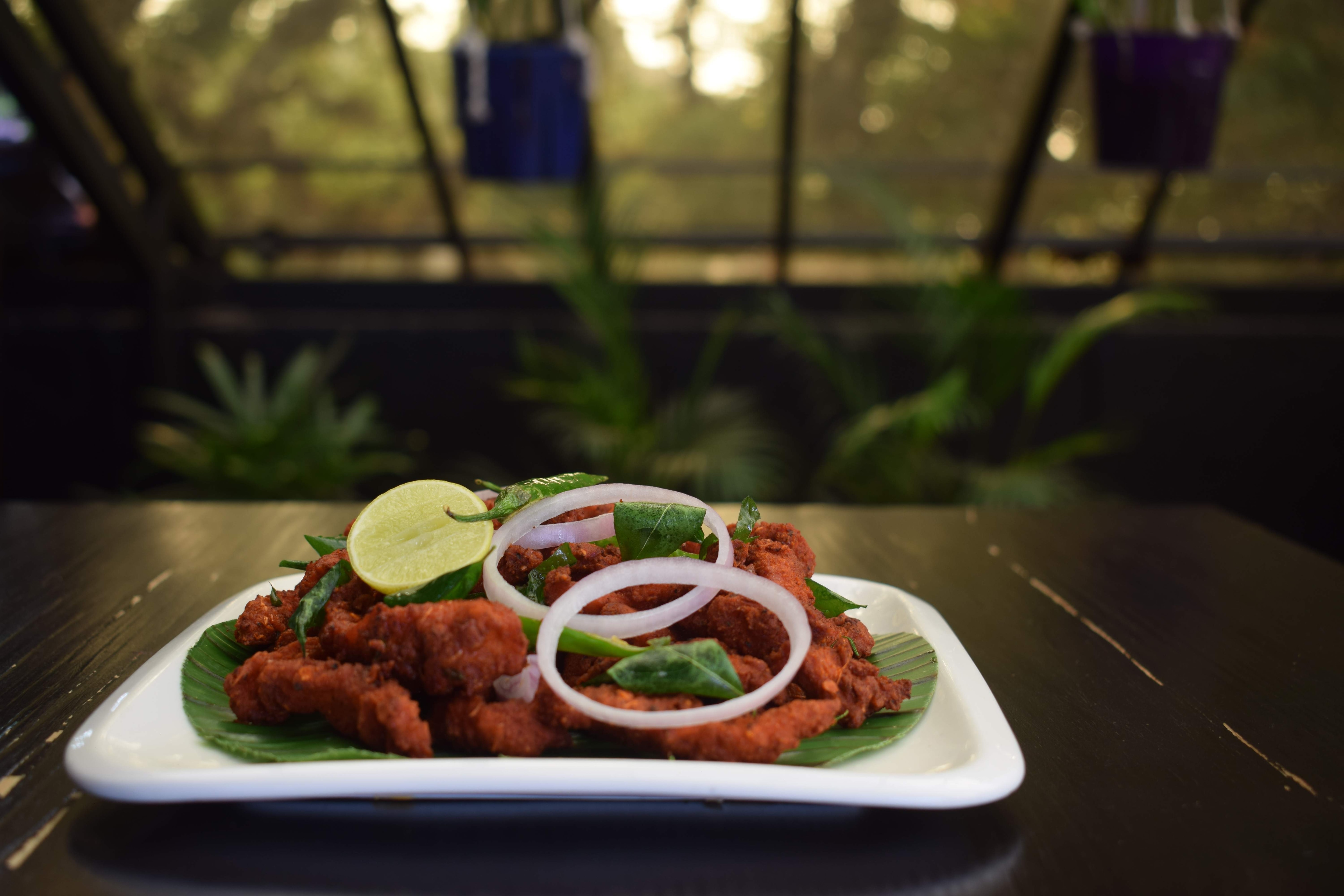 Native Preferences
Despite an elevated deck for music consoles, a performance/projection space, gaming area and convenient high tables, the rooftop of No 18 Hotel doesn’t feel cramped.

If you’re not heading there with a large gang of friends, it’s advised that you pull yourself a stool by the large windows on the slanting roof—some with a view of the bay and some giving you a feeling of nesting on old rain trees.

We start off the evening with a cucumber mint Collins paired with chicken tenders made of deboned chicken breast which reminds us of Kerala’s popular bar food, beef dry fry.

If you’re more of a beer person, they suggest jalapeno cheese fritters—rather heavily stuffed with mozzarella but has a satisfying crunchy texture of bell peppers. The bacon-wrapped shrimp served next is distinct with a dominating punch of thyme and oregano.

The bacon makes it chewy (and good for conversations over a drink like their peach margarita) and the flavours evolve on the palate releasing the flavours of the meat and sauteed onion.

“We started off serving continental specials, but due to customer requests, we’re

trying to whip up freshly-caught seafood in some naadan ingredients,” says the co-owner. So, our main course has two seafood dishes—a crab and a white snapper.

The former is in continental style with a creamy roux, bell peppers and a twist of paprika powder. “Some of our dishes are inspired by a popular city-based chef, Latha K’s use of tribal ingredients such as lemon and curry tree roots,” informs chef Boby K Babu, serving the fish platter.

Swathed in a green paste, the snapper has the distinct taste of curry leaves and is served with coconut rice. The dessert menu here is still in the works. All the more reason for another cocktail for a final note—a rich vodka, pineapple and cranberry juice blend.