For this management executive turned patissier, dessert making is a serious business

In 2015, when John Mathai Paul decided to quit his job and make ice creams instead, the one thing he was sure of was his enthusiasm for creating a good dessert. Soon, he left for Italy and trained to be a gelato chef (aka a Gelatician) and travelled around the world with a sweet tooth. Three years later, Paul’s Creamery has two outlets in Kerala—the most recent one having opened in Kakkanad barely three months ago. “The popular notion that ice cream and desserts are all about sugar is wrong if you ask me. From my explorations, both abroad and in my kitchen, I have realised that sugar must never overpower the flavour of your dish,” he remarks ahead of the tasting, giving me a heads-up about what sets this creamery apart from the rest.

Scoop to savour
Much like all his customers, I start with a sample of Paul’s unique ice creams including biscotti flavour, white chocolate, and 50-75 per cent dark chocolates. After the dose of sweetness comes a passion fruit sherbet that hit my palate with its sweet and sour surprise. The below-average sugar levels make sure you get a clear taste of the raw fruit and crunchy seeds. “I’ve tried making ice cream with hot sauce once. Tasted fine, but it hurt my stomach later,” Paul chuckles while speaking about his gastronomic experiments that eventually led to the idea of full fruit ice cream. 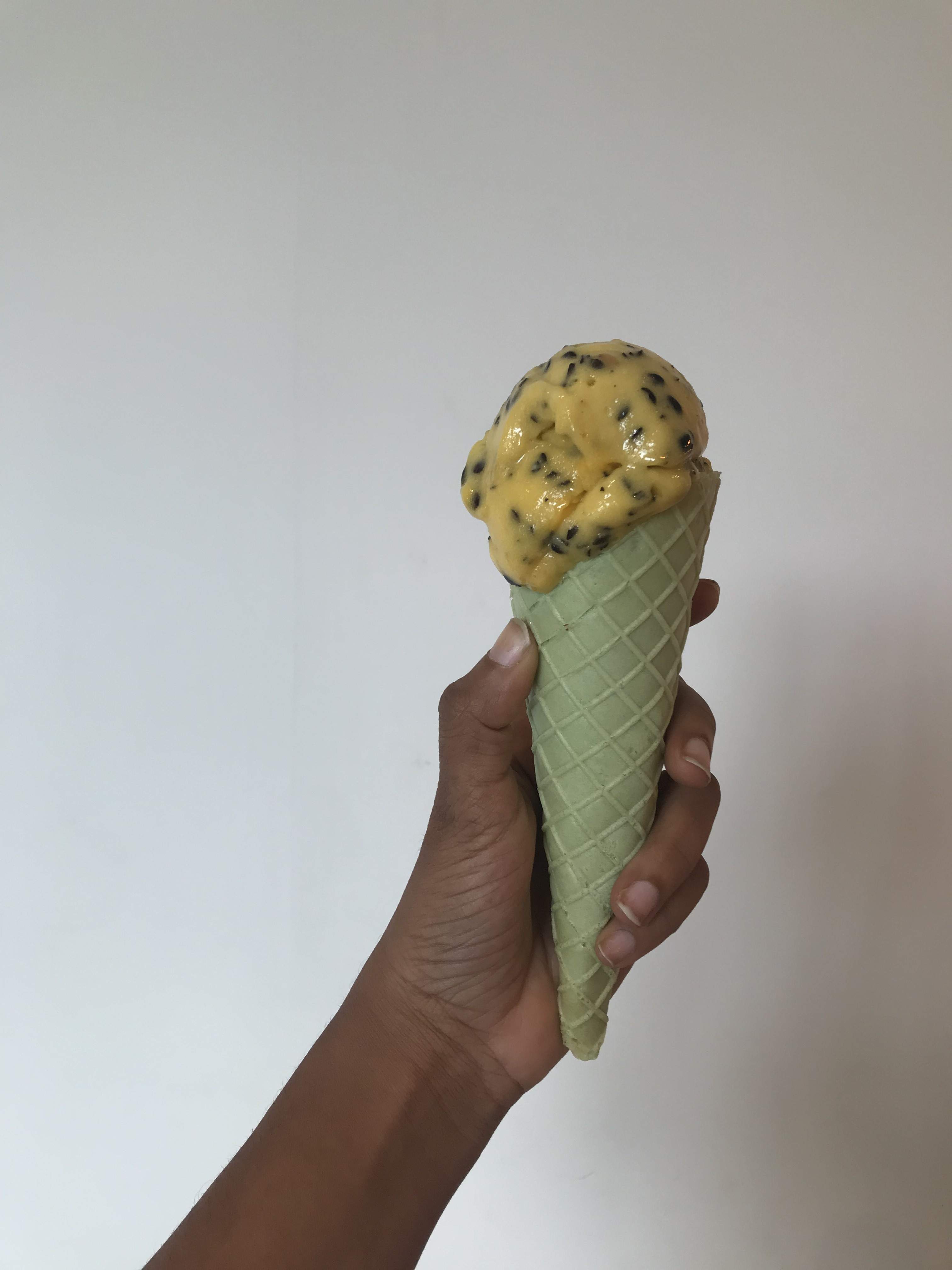 Baffling waffles
Though it is hard to leave the ice cream counter, the waffles at Paul’s Creamery are a must-try too. The 27-year-old chef explains to me as I try the ‘Cloud 9’ waffle that authentic Europen variants are made light and crispy. The succulent texture of the waffle paired with Ferrero Rocher ice cream and Nutella leaves you craving for more. Next in line is a brownie shake so rich that each mouthful took me a few seconds to savour. “I use only couverture chocolate for this, and for vanilla, I use the real beans rather than essence. The difference in taste is very evident,” he adds. As I struggle to contain a sugar high, comes the New York Cheesecake with pure cream cheese. The aftertaste from that delicacy ensures that I leave Paul’s Creamery with a newfound love for confectionery.