The OnePlus Nord is a phone that needs little introduction. If you’ve read our first impressions of the new talk-of-town mid-ranger from OnePlus, you’ll probably have guessed that expectations for this phone have been sky-high. For good reason - in times as troubled as these, a phone that delivers a good feature set and excellent user experience without breaking the bank…is worth getting excited about! How does Nord carry forward the OnePlus legacy, and is it all that it’s been hyped to be? Having used the phone for well over a week, here’s my considered take in our full review of the OnePlus Nord. As you may have surmised already, there’s a lot to like with the way Nord has been designed and packaged, keeping it visually distinct from the OnePlus flagships yet sharing common design elements like the alert slider, the button layout and the continued defiance against the inclusion of the headphone jack! With its curved rear and balanced weight distribution, Nord feels good in the hand. That refreshingly different Blue Marble color, which I fully expect to be recognized as ‘Nord Blue’ going forward, is a proper looker, one that manages to stand apart from the gradient finishes common these days. If anything, the polycarbonate frame takes a bit of the shine away from the premium appeal of this device and points to its decidedly mid-segment pricing. No official IP rating for waterproofing either, reserved at this point only for the OnePlus 8 Pro flagship. 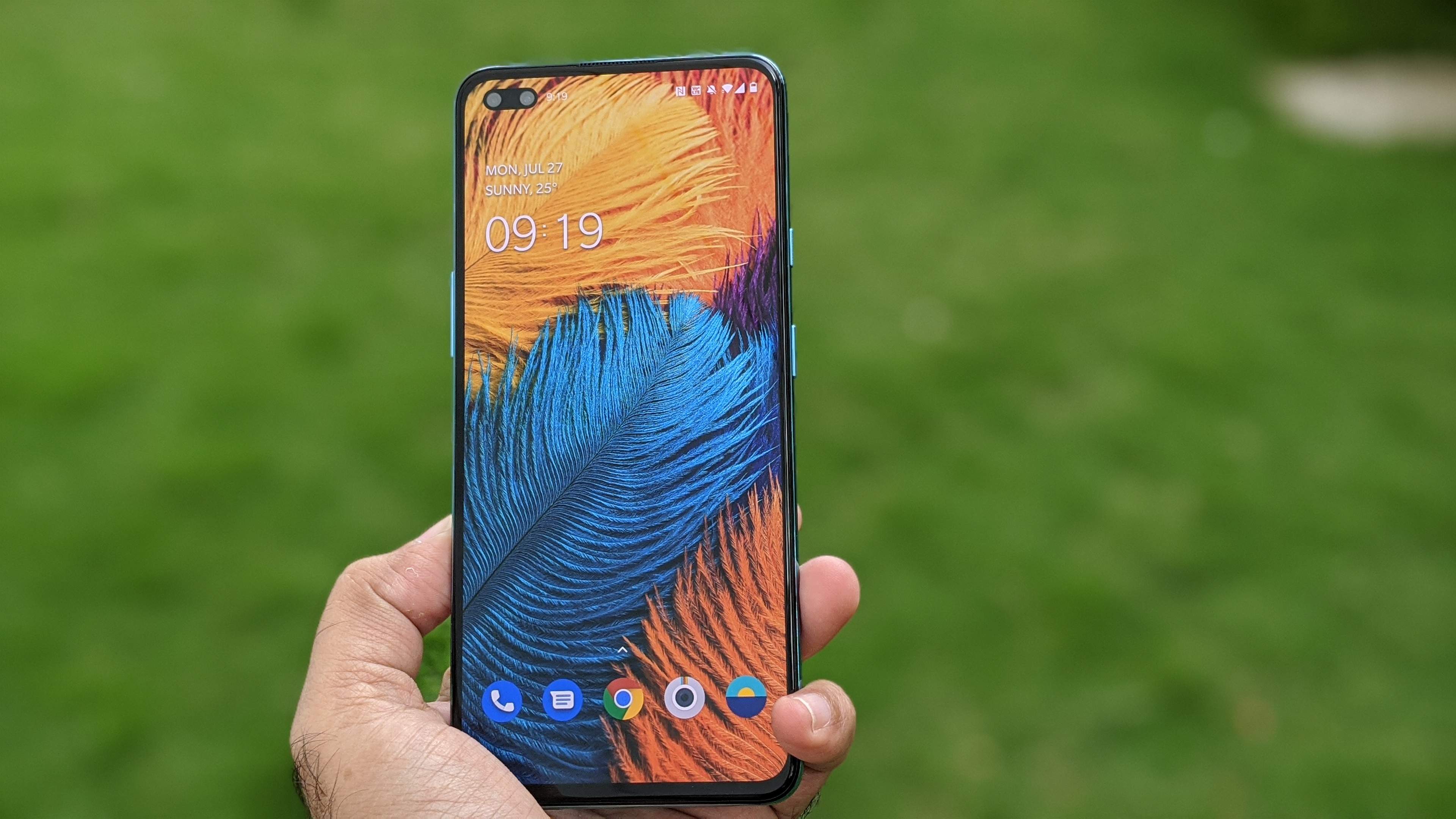 OnePlus is known to turn out some of the better AMOLED displays in the segment, and the 6.44-inch Full HD+ (2,400 x 1,080) AMOLED panel on the Nord is no different. Sure, the display edges aren’t curved as they are on the OnePlus 8, but you do get the extra selfie camera inside the front cutout. In use, this is a punchy, bright panel that works well outdoors, and can go from 500 to 700 nits in regular use all the way to a 100 nits brightness in parts of the screen when watching HDR 10+ content. Aside from its 90Hz refresh rate, Nord also has a 180Hz touch sampling rate, so the overall experience is super slick for a phone at this price point. Aiding that feeling of fluidity is the OnePlus staple, OxygenOS, which benefits from the hardware-software optimization that OnePlus is known to do for its phones. Running version 10.5.2 at the time of writing this review, OxygenOS flies on what is arguably mid-range hardware, to the point where its imperceptible from the flagship OnePlus devices…and that, in my opinion, is the big selling point for OnePlus. Over the years, a number of folks, (particularly 3T/5/5T users) have stuck around with OnePlus strictly because of OxygenOS, and Nord gives them an attractive entry point to upgrade to the latest OnePlus devices without having to fork over the asking price for a OnePlus 8/8 Pro. You’re also getting a promised two years of software updates and three years of security updates for Nord, which counts for something. That said, it’s a little odd that OnePlus chose to go down the route of using Google’s stock dialler and messaging apps instead of the heavily-India-customized versions they run on the flagship range.

You may not feel it while you pick up the phone and use it for everyday tasks, but Nord is the first OnePlus device to not pack in a flagship Snapdragon 800-series chipset – heck, even the OnePlus One had a Snapdragon 801! What you get instead is the new Qualcomm Snapdragon 765G chip, which we recently saw on the Vivo X50 Pro (at twice the price!). If the intent was to deliver snappy, fluid response without paying the flagship chip premium, the Nord delivers…in heaps. You cannot tell this is any different from the OnePlus 8… that is, until you fire up a benchmarking app or kick off a PUBG session, the latter only ratcheting up till HD/High settings on Nord. Not the best game to PUBG with, but the limitations of the 765G show up only when you push the phone in games or processor-intensive tasks. Everyday tasks, like opening a bunch of tabs while streaming music and swapping back and forth to reply to WhatsApp and Slack messages, happen with the same sense of fluidity one has come to expect from OnePlus.

Using Nord over a week, battery life averaged a little over a full day’s use with the high refresh rate turned on, and you can stretch this in crunch situations by dropping the refresh rate. If you do chance upon a power outlet, you can juice up the 4,115mAh battery with the Warp Charge 30T charger from dead to full in a shade under an hour, or around 50 percent in a little over 20 minutes. Not stellar by way of battery numbers, but in line with how most OnePlus users use their phone – quick splashes-and-dashes anytime they’re taking a break and near a charger. Finally, the area I was most concerned with, given OnePlus’ middling camera history. With Nord, the hardware is certainly there – four cameras on the rear and two in front, with the primary IMX586 shooter the same as what you see on the OnePlus 8. There’s an 8-megapixel wide-angle, a 2MP macro and a 5-megapixel depth sensor, plus two selfie cameras (32-megapixel and an 8-megapixel wide-angle). In daylight, the images captured on the OnePlus Nord are good, with well saturated colors and good details, except in trickily lit situations where the OnePlus 8 is a shade better (and the Pro a fair bit ahead). 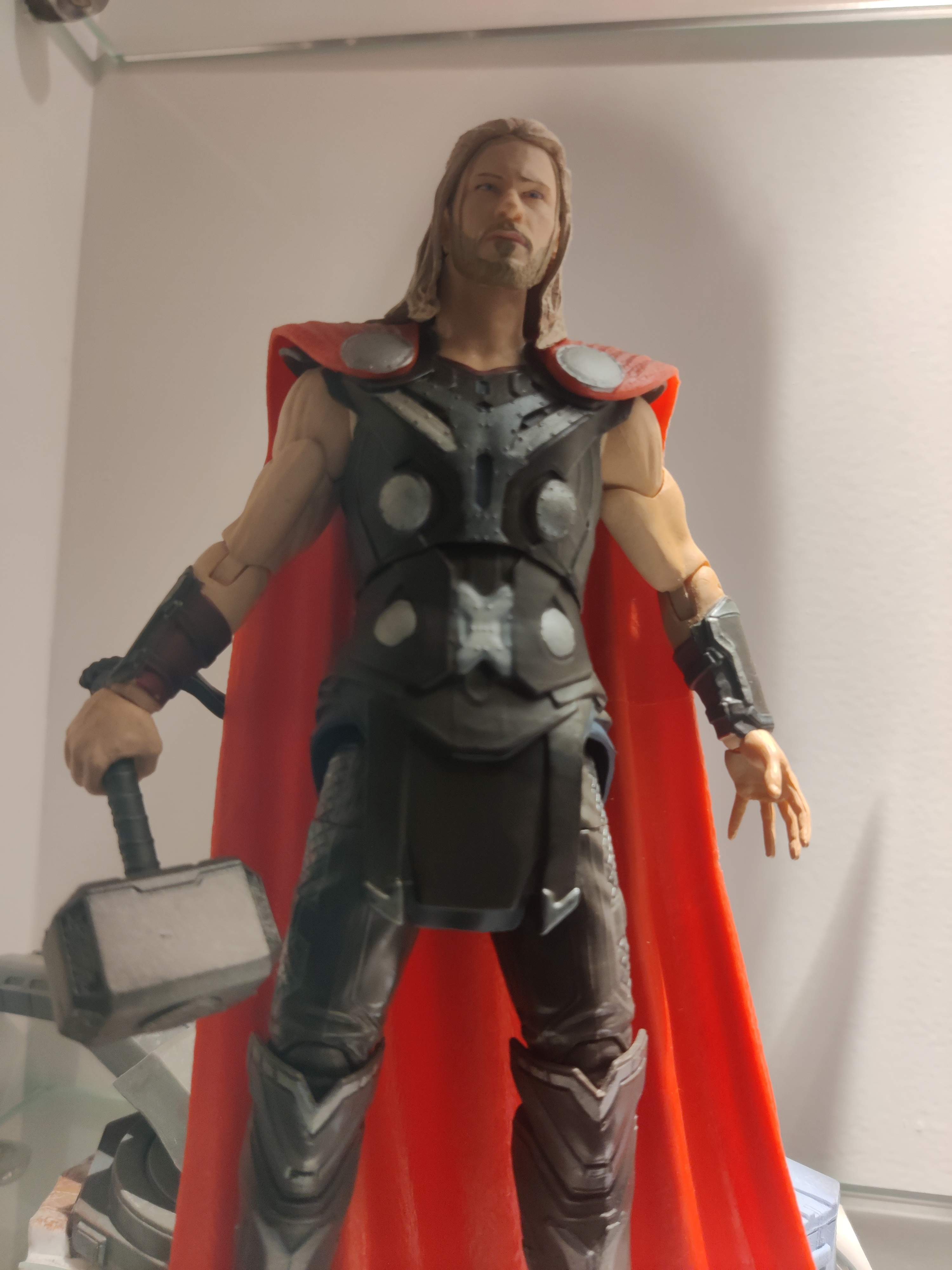 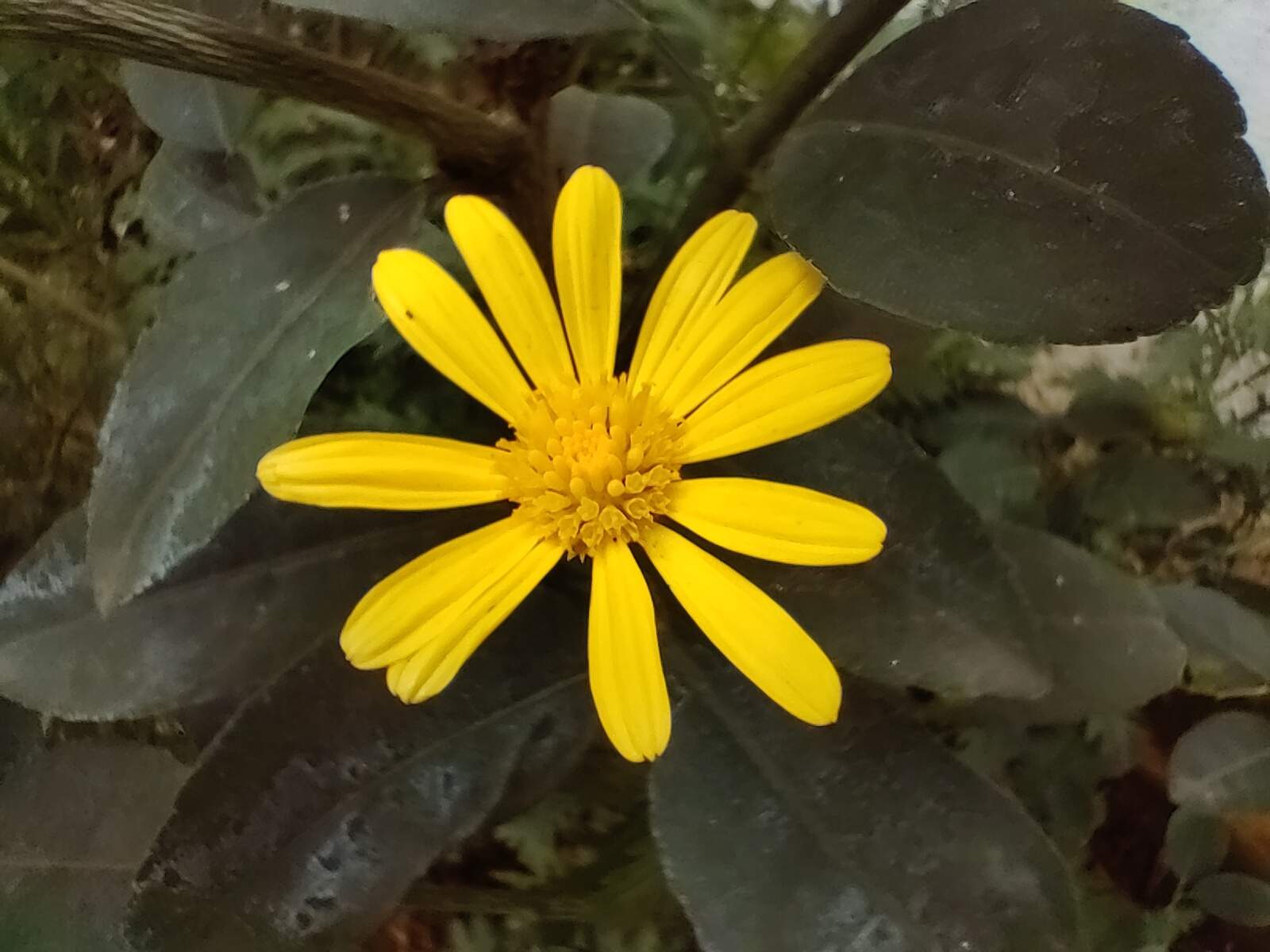 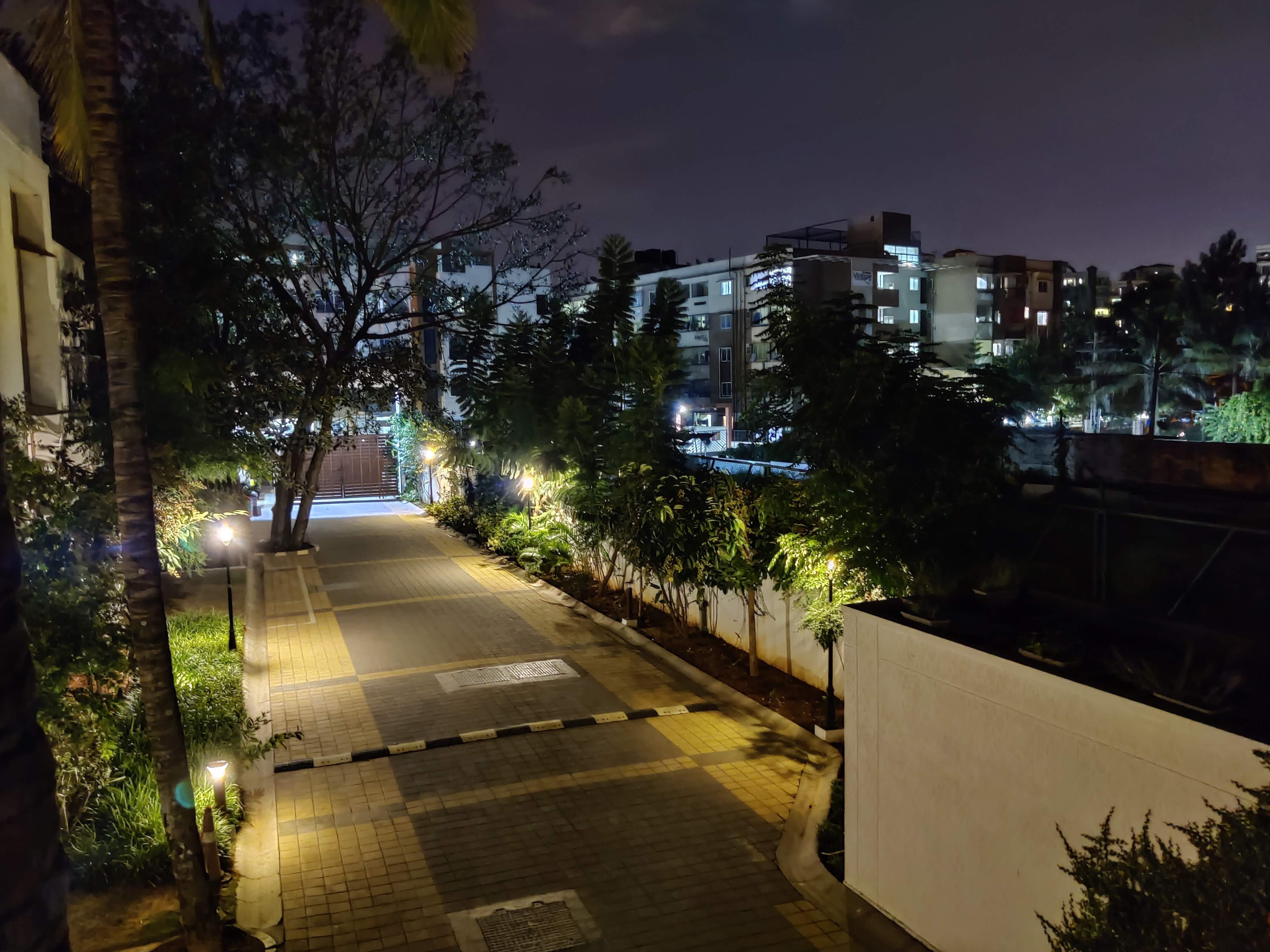 Night shots, shot in Nightscape mode, turned out okay, if you prefer brightened up shots to ones that pack in a lot of details. Wide-angle shots and indoors shots were where the camera struggles, with average level of details and somewhat smudgy results, respectively. Portraits too worked well only in good light. Selfies are good, if a little soft, and there’s a fair bit of color variation between the regular and wide-angle selfie shooters. All in all, this is a typical OnePlus camera – rough at the edges on launch, improved over time. As I said in the first impressions, this is a return to OnePlus’ roots, where the focus in on a stellar user experience without necessarily having the ‘top-shelf hardware’ bragging rights that OnePlus flagships are known for. OnePlus has made a subtle shift in the conversation away from hardware – make no mistake about it, it does have decent hardware under the hood, just that hardware is no longer the USP about this phone. Experience is, and that’s what makes Nord a solid contender in the sub-30,000 space, even if you compare it to the Redmi K20 Pro (better design and gaming) or the Realme X3 SuperZoom (better cameras and gaming). The 12GB/256GB variant at Rs. 29,999 is a great deal, well worth its asking price. There is the small matter of folks who might want to wait it out till September for the India-exclusive 6GB/64GB variant, though that amount of storage may start cramping your usage a year or two down, particularly because Nord, like every other OnePlus phone before it, doesn’t come with microSD card expansion for storage.