OnePlus 8 review: Nailing flagship basics, but is it enough any more?

OnePlus has, over the years, built up a reputation for itself, one of delivering solid reliability and top-shelf hardware without having to spend the premium that Samsung and Apple command. It’s worked well for the brand, which has acquired a loyal (and repeat) following among discerning buyers that is the envy of its peers. The OnePlus 8 is the latest from its stable and it picks up from where the still-worth-picking-up 7T left off, albeit at a higher starting price of Rs. 44,999 than ever before. From a couple of years ago when it was alone and undisputed in its category, the OnePlus has to contend not only with a new crop of 5G devices like the Mi 10 and the iQOO 3/Realme X50 Pro (plus the value-focused iPhone SE) but also constant comparisons with its flashier and more feature-complete sibling, the OnePlus 8 Pro. Oh, and then there are also the raised eyebrows of long-term OnePlus fans who’ve seen the brand climb up the price ladder with each successive generation! Is the OnePlus 8 still the phone to beat in this segment? Stick around and we’ll find out.

There’s something very familiar about the OnePlus 8, from the moment you pick it up. It’s still a well-built, sleek looker of a device with the curved curved-edge glass sandwiching the metal frame. Yet, it’s almost a boring, predictable and somewhat generic-OnePlus design, unlike the misadventure that was the circular camera bump on the OnePlus 7T. Spicing things up is a new Interstellar Glow colorway with its trippy rear panel, along with more discreet Onyx Black and Glacial Green variants. For a phone with a 6.55-inch display, it is remarkably slim and comfortable to hold, although it does get a tad slippery, and you should use the bundled transparent case unless you like living life on the edge. Side note about the case: it’s etched with the brand’s “Never Settle” motto in attention grabbing bold lettering, a welcome departure from the scores of generic transparent cases that I’ve seen over the years. 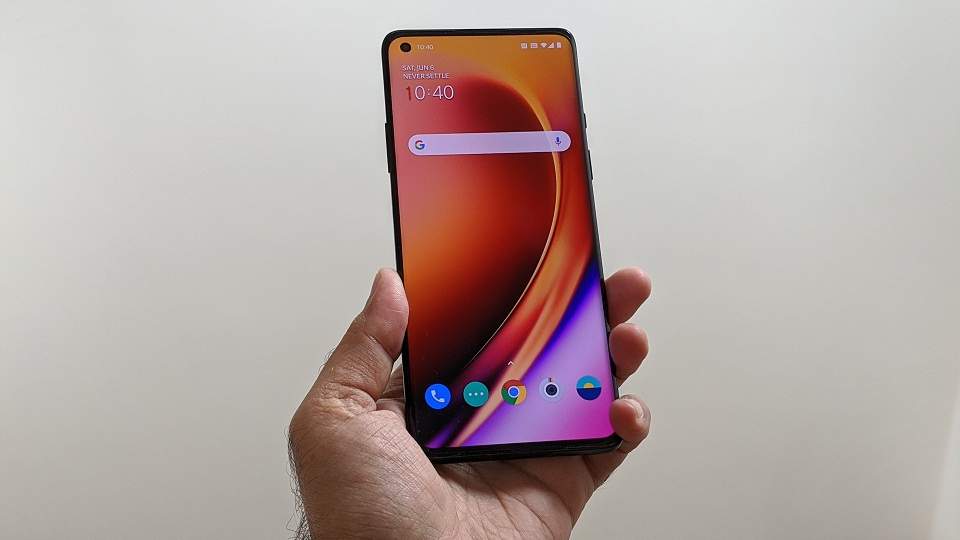 In everyday use, the improvements to the display may not seem much – it’s still a full-HD+ (2400x1080 pixel) AMOLED panel with wide color gamut and HDR10+ support, plus the slick 90Hz refresh rate we saw on the OnePlus 7T. Same snappy in-display fingerprint scanner matched by an equally quick face-unlock. The notch has given way to a hole-punch selfie camera cutout in the upper left corner, and the panel is punchier than the already excellent 7T panel. OnePlus’ OxygenOS has an unparalleled sense of fluidity and when coupled with a high refresh rate display like the one on the 8, it changes the user experience game. I can’t wait to spill the beans on the OnePlus 8 Pro’s 120Hz display but for now, know this much – once you get used to a 90Hz display on a phone, you just can’t go back to bog-standard 60Hz displays.

Of course, much of that snappiness in day-to-day use is courtesy OnePlus’ proclivity to pack in the latest, greatest hardware, and their use of the Qualcomm Snapdragon 865 chip with a massive 12GB of RAM (on the Rs. 49,9999 unit I reviewed) ensures that you’re paying for uncompromised, bleeding edge performance. I threw my usual testing cocktail of PUBG Mobile and Asphalt 9 at it, and the phone kept on going without breaking a sweat. The immersive display and capable speakers make gaming and content consumption quite the delight on the device. Interestingly, despite pushing out peak performance, OnePlus has managed to keep the thermals in check, and the phone stays cool throughout. Aside from the 12GB/256GB variant, there’s the base 8GB/128GB variant for Rs. 44,999. Of course, there’s the clean, bloatware free OxygenOS experience which, quite honestly, continues to be one of the biggest factors while buying a OnePlus device.

Images from the phone: 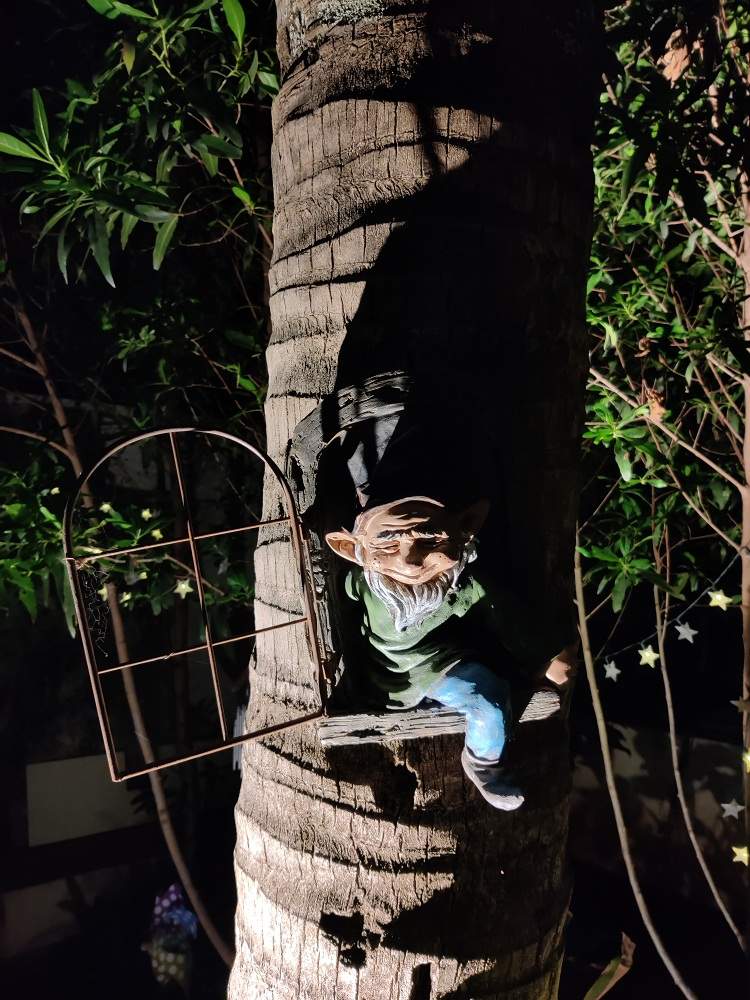 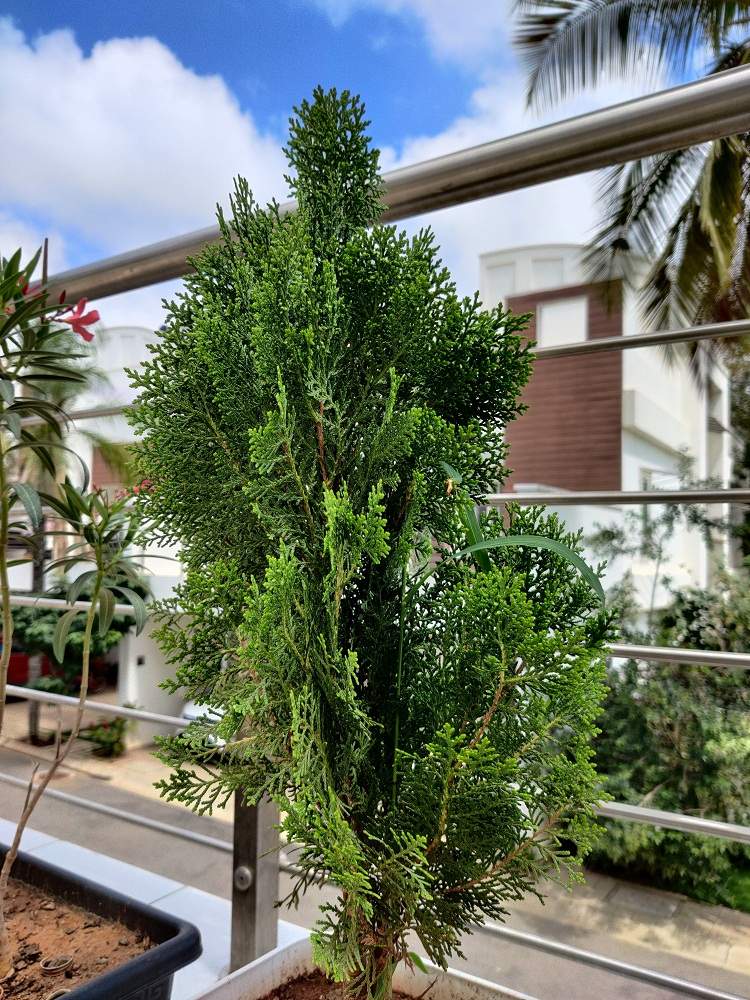 Let’s get to the camera department, traditionally a weak point in OnePlus’ otherwise strong armor. You get the same 48MP Sony IMX586 sensor and 16MP ultra-wide angle as the 7T, but OnePlus has scrimped on the sensors, reducing aperture here and field of view there, almost hobbling them in the process when compared to the 7T. Worse still, the handy telephoto shooter on the 7T has been swapped out for barely usable 2MP macro camera, a decision which is somewhat baffling. In good daylight conditions, images from both the main camera and the ultra-wide angle are detailed and exhibit good dynamic range and very similar color science. Portrait mode shots are usable as well as are the low-light shots, without even going into the dedicated Nightscape mode. Video goes up to 4K resolution at 60 frames per second, and the results are well-stabilized and high quality. Overall, the camera feels like a step down from the 7T’s results, nothing terribly bad but no standout results either, and with phones like the iPhone SE and the Mi 10 competing with the OnePlus 8 on price, you’d have expected OnePlus to have stepped up its game. Fingers crossed for what one will find in the OnePlus 8 Pro over the next week of testing.

Finally, the battery performance. The capacious 4,300mAh battery lasts well past a full day and then some of typical use, even on the battery-guzzling 90Hz screen refresh rate. It’s missing wireless charging, a feature that the Mi 10, the iPhone SE and the OnePlus 8 Pro sport, but the Warp Charge 30T charger tops up a fully drained battery in a little over an hour (zero to 60 percent in 30 minutes), so a quick splash and dash in the morning should be enough to last you through the day. In such a competitive context, is the OnePlus 8 still worthy of a recommendation? Yes, but one that needs some qualification. Look, it isn’t a massive jump up from the OnePlus 7T, so one could argue you could pick up a 7T for even cheaper and not regret the decision for years to come. You could wait for the OnePlus 8 Pro to see if the extra bells and whistles are worth the extra outlay. You could spend a bit more and pick up a Mi 10 or spend less and pick up an iPhone SE – net net, there’s a lot that much money can get you beyond just a OnePlus these days. The OnePlus 8 gets a lot of the OnePlus basics spot on – excellent display, performance, software and battery life – and falters at some of the same points – camera and premium flagship features like water resistance and wireless charging – as OnePlus models that came before. It’s in some senses the iPhone 11 of the lineup, the one that has the features that count the most to consumers, making it the default OnePlus most people will consider.