Look, here’s the thing. Even as phone brands have pushed aggressively to normalize large screen phones, human hands just haven’t kept up! Modern phones are more than a handful… and the number of options for folks who wanted a compact, powerful device have gotten fewer and fairly compromised over the years. Even Apple, who were arguably late to the big phone game, looked like it had forsaken the compact form factor that was once their flagship mainstay. The iPhone SE from earlier this year was a glimmer of hope, and while it was a good phone for the price, it was hobbled by an passe design which just didn’t feel 2020 enough. It felt as if Apple had all but given up on the idea of an all-screen, pint-sized flagship that could find a place in your skinny jean’s pockets.

And then the iPhone 12 mini happened. It stands tall in the 2020 iPhone lineup not just because of how diminutive yet perfectly sized this is for most hands, but for how precious little it compromises over a standard issue iPhone 12. For reference, the iPhone 12 mini is smaller than the iPhone SE 2020, so it’ll appeal to all those folks who’re still holding on to their old iPhone 6/7/8 and not willing to trade up for a bigger phone. It’s even smaller than the Pixel 4a, Google’s petite little mid-ranger! Being hit with a shrink-ray hasn’t meant Apple’s dropped features on the 12 mini, in fact the only differences between it and the iPhone 12 are a smaller battery and a smaller but no less crisp or colorful 5.4in Super Retina XDR OLED display. Yep, that’s it – same chip, same rear cameras, same slim bezel screen with Face ID cameras – everything Apple packed into the latest iPhone 12, only smaller. I’d suggest you read our iPhone 12 review to get the lowdown first, if you haven’t already. 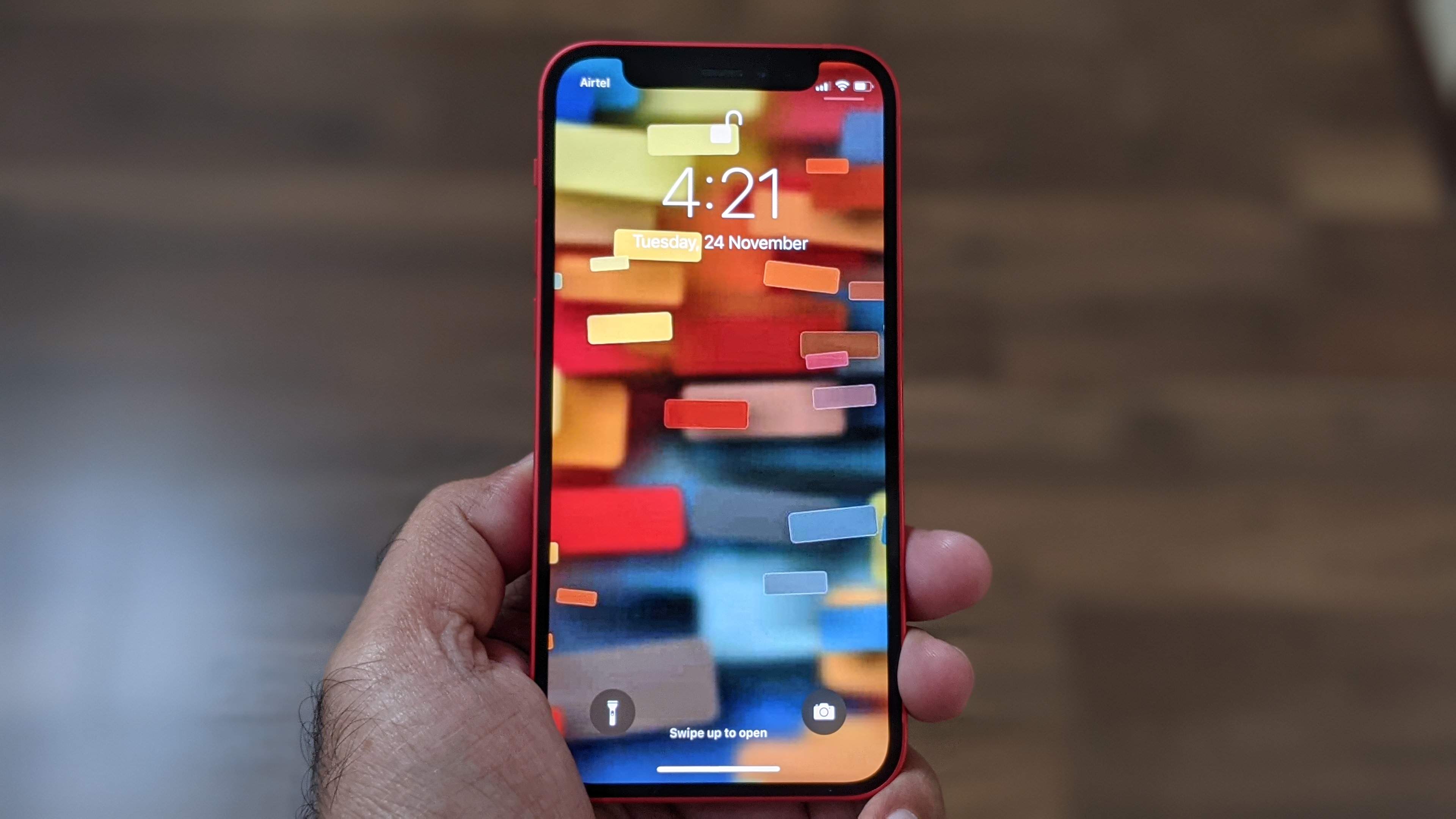 How does the iPhone 12 mini hold up in day-to-day use, particularly in a time when it’s dwarfed by practically every other phone out there? In my couple of weeks of use, there’s a lot to love about the form factor…and some quibbles. But first, some context – I’m someone who has, for the past couple of years, moved exclusively to large screen phones, balancing the iPhone 12 Pro Max and the Note 20 Ultra on either hand with equal ease. Yet, when I pulled the iPhone 12 mini out of the box, I was instantly struck by how nice a smaller phone is in the hand. It felt perfect. The size allows the sort of one-handed usability we’ve sacrificed at the altar of larger display sizes, and you can actually reach different sides of the screen without having to reposition the phone in my palm. It fits in pockets easier and doesn’t run the risk of dropping out if you’re active. Heck, the best bit is that I can slap a case on it and not feel like it adds too much bulk, and even with the case on, it’s still light enough to be held up and used for extensive periods without palm fatigue. With the iPhone 12 mini in one hand, I can scroll through my Twitter feed, reply to emails while walking around and even watch a video on the go without feeling the strain of holding a device in one hand for too long. I’ll say it again, to think this little device packs in the same core tech as the rest of the iPhone lineup and still stay this small is quite the achievement. 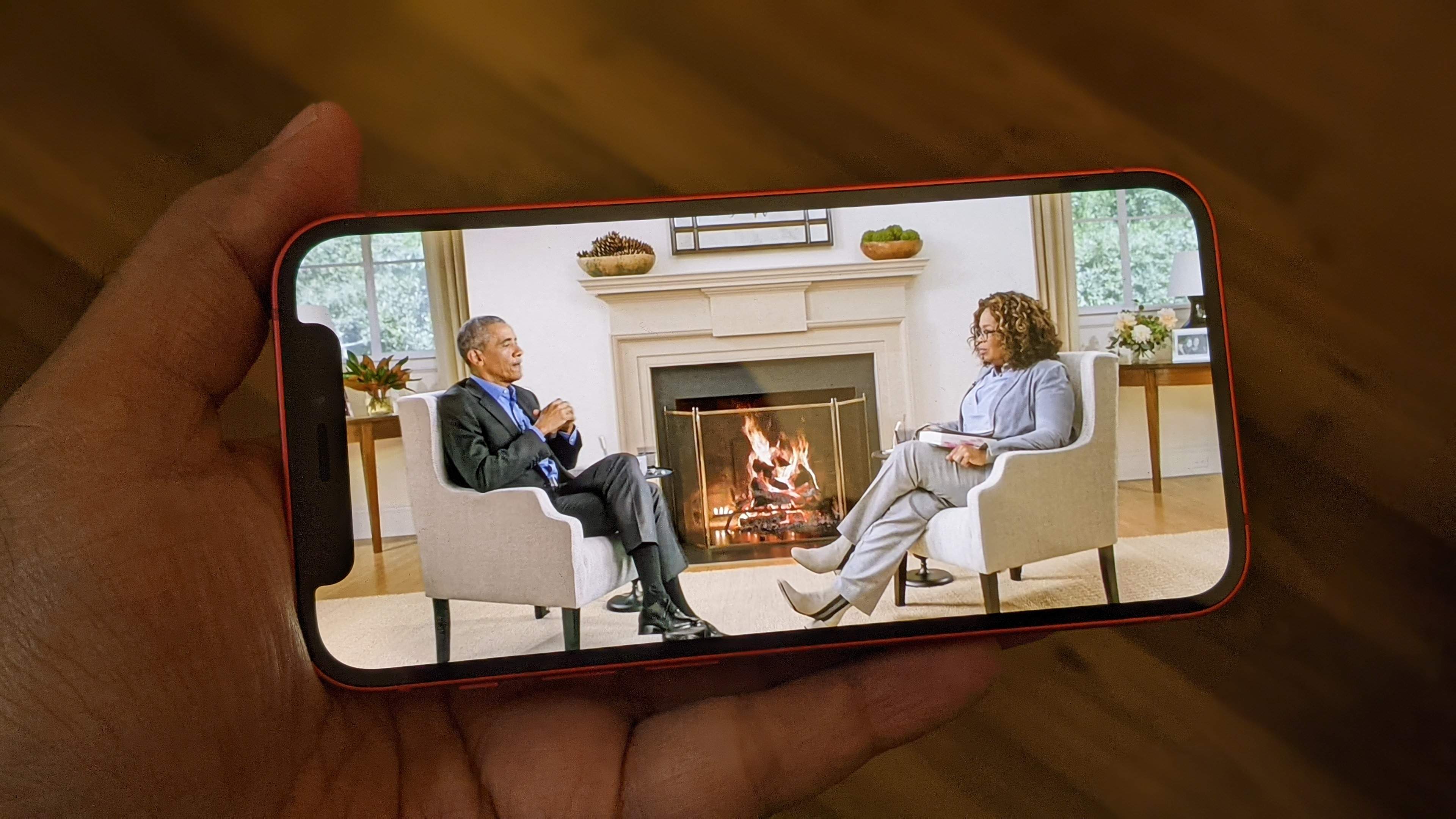 Of course, there’s no getting around the most obvious tradeoff for the size – the smaller screen. Even though it goes almost to the edges, and is the largest screen on a phone this small, it’s still small in the absolute sense, and so you get less screen area to view documents, watch movies and the like. Trying to review a document and send in some feedback was a whole lot of scrolling, zooming and yeah, not very enjoyable. The keyboard gets shrunk down too, and the keys are all packed into a somewhat cramped layout, and I often ended up hitting the wrong letters when I was typing out a quick text. I noticed I ended up using the native iOS swipe keyboard a lot more just to get my typing accuracy up but compared to how much actual work one can get done on the bigger iPhones, you’d end up doing less on the 12 mini, at least in terms of “work tasks”. If you’re looking for a phone that subtly encourages a degree of digital detox, you’d understand why the mini makes sense.

Another area I went in with some amount of skepticism was the camera, since my previous experience on the smaller iPhone SE’s camera was a definite step down from the regular iPhone’s shooter. The setup is the same as the iPhone 12 - same 12MP wide and ultra-wide camera, same f/1.6 for the primary shooter, same 12MP TrueDepth front-facing shooter, same Night Mode and support for Apple’s Deep Fusion wizardry. Like the iPhone 12, the 12 Mini doesn’t have a telephoto lens and lacks the LIDAR sensor that enables the Pro lineup’s night mode portrait photos. And then there’s the Dolby Vision HDR recording up to 30 fps, as well as 4K recording at 24/30/60 fps which iPhones handle better than anyone in the business. 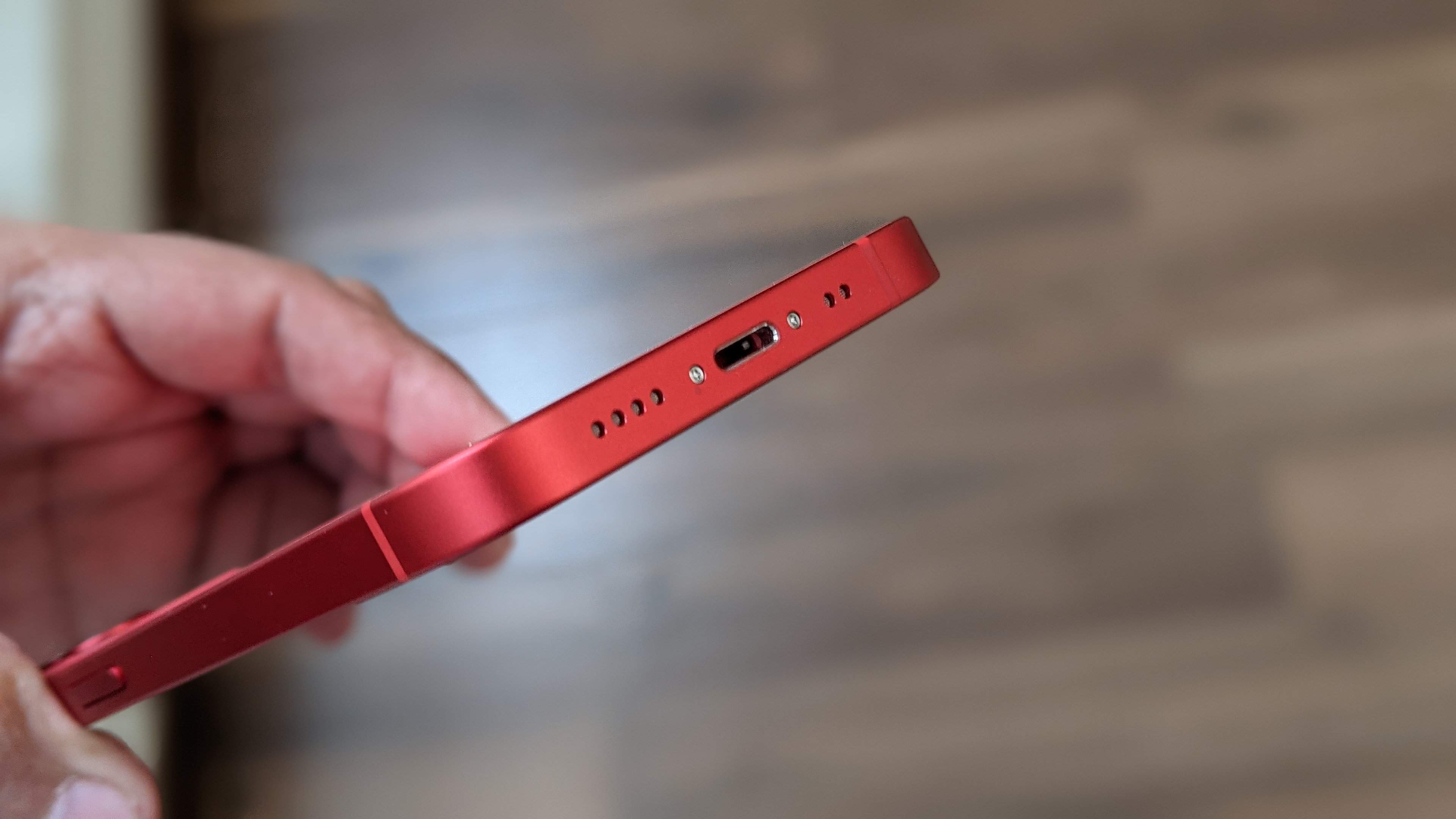 As much as I enjoyed using the iPhone 12 mini, one thing kept coming back to me across several days of use – “this battery just isn’t enough for me”. Sure, the size was a giveaway to how much smaller the battery would be, physically (2,227 mAh to the iPhone 12’s 2,815), but on even slightly heavier days of streaming and an extra half hour of gaming had me looking for the charger by 7-8pm. This was on days when I was consciously not dropping it on to the new wireless MagSafe charger, which would keep the battery topped up and ready to go. If you typically use your phone enough all day to stress about battery life by the evening, the 12 mini will be more of the same. Or just carry a battery pack if you’re heading out. The iPhone 12 mini isn’t just a good small phone, it’s the best small phone. Apple has packed it with everything I liked about the iPhone 12 – performance, cameras, a refreshing design, new OLED displays - into a genuinely likely and small form factor. The screen may be cramped by modern standards, and the battery weaker, but in terms of portability and the one-handedness of yore, it is unrivalled. If you’re the sort who places a fair bit of value on getting work done on your phone, you may want to look elsewhere, not because other phones work better, but because they have a screen size that will likely suit your needs better.