Google Pixel 4a Review: Is Google’s best mid-ranger worth it?

Let’s face facts. Over the past four years, you’d pick up a Pixel primarily for the camera par excellence and the promise of a bloat-free stock Android experience, but this wasn’t enough to sway the masses towards the holy grail of Android phones. The competition was leagues ahead in terms of sheer value and matched (and sometimes even outclassed) Google on software refinement. Even the somewhat budget-priced Pixel 3a did little to move the needle for Google. Against this backdrop, the new Pixel 4a is a proper change of tack, leveraging every bit of its software smarts to deliver a solid experience with decidedly mid-range hardware, only this time at a more palatable price point. Is it good enough to be the budget-premium champ as we close out the year?

Picking a Pixel 4a is easy. None of those memory/storage options, you get one model, with 6GB memory and 128GB storage, and in just the one colour – Just Black. Google has used a soft-touch matte finish on the polycarbonate plastic shell for the rear, and while it feels nice to the touch, I’m not a fan of the 4a’ dull and somewhat Plain Jane looks, particularly if you compare it to the much more premium glass back on the OnePlus Nord. A big helping of redemption comes by way of its super-compact dimensions, which along with its rounded edges and slim 143g weight makes it just the right sized phones for most average sized hands. Consider this – at 144 x 69.4 x 8.2mm, the 4a is smaller than the Pixel 3a while boasting of a bigger screen. The ‘cute’ dimensions aren’t just eye candy – they make a lot of difference in everyday one-handed use. The volume/power buttons are available at close reach on the right side, the snappy fingerprint scanner is ideally located on the rear and there’s a light airiness to using the phone that’s refreshing and rare to see these days. Granted, our hands have grown accustomed to large 6.5-inch+ display phones, but the 4a feels in no way dinky. If you’re in the market for a truly compact phone that delivers on most counts, read no further and head out and buy yourself a Pixel 4a.

Around the front, the Pixel 4a cleans up nice and tidy with the narrowest of bezels running around the 5.8-inch AMOLED screen, and save for the slightly more visible lip at the bottom of the screen and a punch-hole camera on the top left, you get an immersive, almost full-screen experience. The panel by itself is pretty good, running a full HD+ resolution with support for HDR10 playback. Colours are punchy, the display is fairly bright outdoors and of course, it’s easy to reach all the corners without the callisthenics modern phones require of you. Goes without saying, the movie-watching experience can feel a bit cramped on a display this size, especially if you’re coming from a larger phone. A noticeable omission is the presence of a high refresh rate display, which would have allowed the already-slick Android 11 to fly on this device…plus you get slightly watered-down screen protection via Gorilla Glass 3, both clearly a cost saving measures by Google. On the other hand, haptic feedback is so, so good on this phone, and it feels like it’s been borrowed from the more expensive flagship Pixels.

But you’re here for the cameras, aren’t you? The Pixel 4a doesn’t surprise in that department, either in terms of the number of cameras it packs (two, one 12MP on the rear and one 8MP in front) or in terms of the results (very good but lacking in versatility). You get the same Sony IMX363 camera as you did on the original Pixel 4 years ago, and the fact that it competes (often very favorably) with other smartphones today in the same price range is a testament to how Google has finely tuned and optimized its algorithms to the hardware. You get the same set of features as one has come to expect from Pixel flagships – Live HDR+, Super Res Zoom, Night Sight, Portrait mode – no skimping on these core camera features. Landscapes are stunning, with images exposed properly and warmer colors, but the details are a little lacking particularly if you compare to the more modern sensors on the likes of the Nord. Portrait mode shots were striking, with that excellent edge detection and the clearly identifiable contrast and colors one has now come to describe as ‘Pixel like’. Low light images are equally good, with Night Sight helping bump up the exposure and sharpness and adding an almost magical ‘let there be light’ feel to the photos. 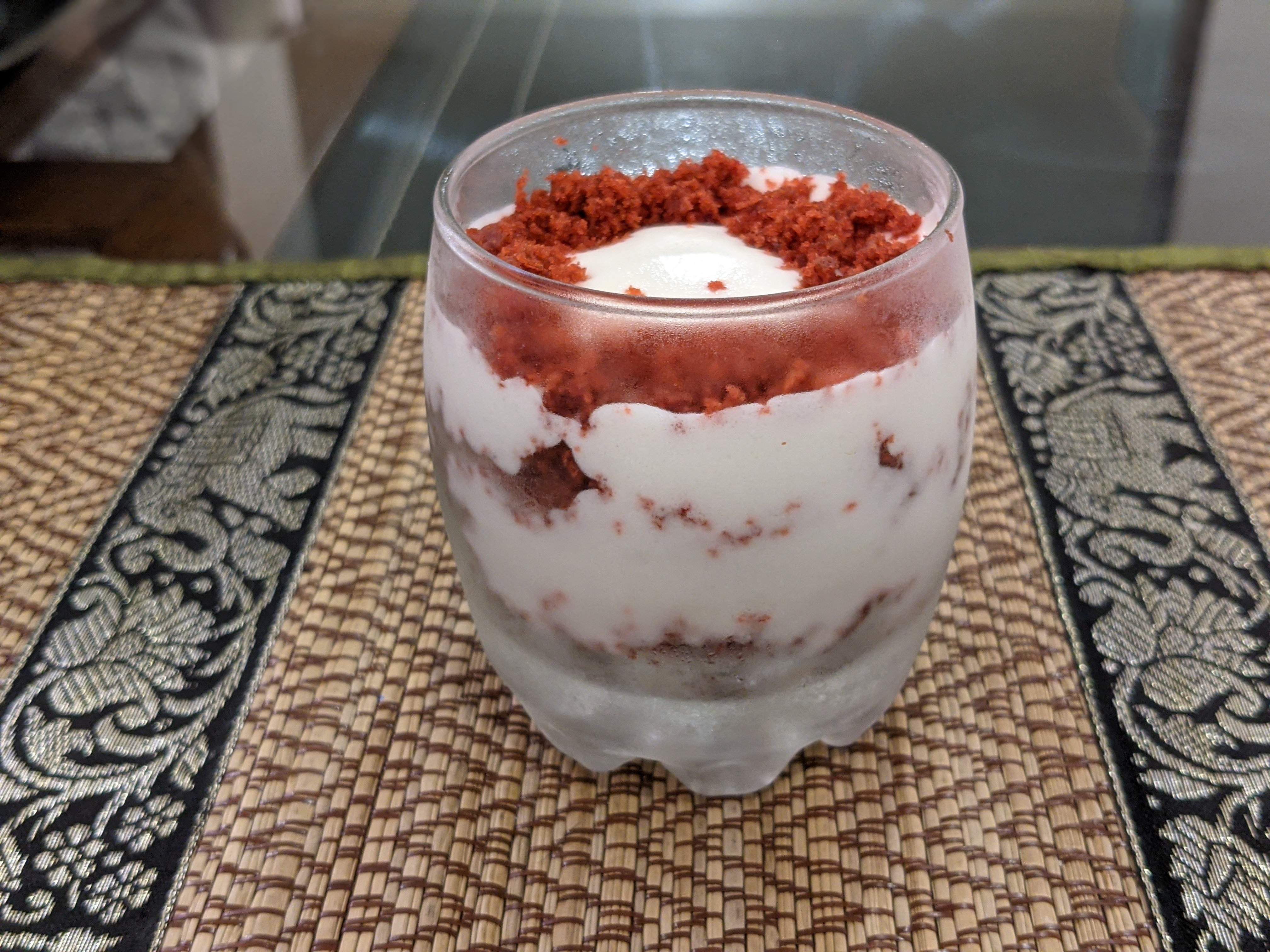 Suffice to say, the 4a is like previous Pixels – it defines a ‘point and shoot’, where all you need to do is aim and shoot, and Google's computational photography smarts will turn out a great photo in most cases. That said, it sorely lacks the ultra-wide angle selfie camera from the Pixel 3 series and an almost du jour ultra-wide angle rear camera that’s available in phones half its price, just for the added versatility and shooting angles these extra sensors afford. Rounding up the performance department, the Pixel 4a is equipped with a Qualcomm Snapdragon 730G chip with 6GB of memory and 128GB of comparatively slower UFS 2.1 storage, with no expandable memory. The phone handles non-intensive workloads just fine, so if you intend to use this for social media, camera and the usual ‘smartphone’ tasks, you should be okay. Most apps will take a second or two longer to load than one is used to, and heavy games will turn down the extra graphical elements while starting up. If you look around at the Pixel’s competition in the sub 35,000 bracket, it’s clear that the Pixel 4a is outgunned by rivals on almost every count. You’ll easily get more powerful chipsets, more RAM and storage and a whole bunch of cameras in phones around the same price point, and while Google doesn’t traditional get drawn into competing for specs’ sake, it makes the argument for the 4a that much more difficult.

Interestingly, even though the Pixel 4a packs in a modest 3140mAh battery, I regularly saw between 5 to 5.5 hours of screen time, which translates to a day of moderate use with plenty of photos, an almost obligatory and primary function for a Pixel! As long as you don’t expect multi-day battery life, you will not be disappointed. The bundled 18W fast charger rapidly charges to about 50 percent in half an hour, while a full charge needs an hour and twenty minutes.

Of course, the software experience is along expected lines, and no sooner had I booted the device and set it up did I receive the Android 11 update (plus there’s the promised update to Android 12 and 13 as and when they land). The software experience is super slick and, as with all Pixel devices, the baked-in integration with Google Assistant allows for an increased hands-free experience across various functions. There’s also the excellent Recorder app for on-device live transcriptions for meetings and conversations. It’s evident Google’s tuned Android on the Pixel 4a to make the most of the hardware, and one wishes a few modern accoutrements like a 90Hz display hadn’t been omitted.

Few phones have divided opinion this year as much as the Pixel 4a. At a surprisingly accessible price point, you now have access to Google’s flagship camera features and Android ‘the way Google envisioned’, but you do have to realize there is a clear tradeoff in terms of hardware on offer. Well before the Nord came along, Google was the first to push experience over pure specs, and if you look at the sum of the parts – display, performance, cameras, battery and software – you will not be disappointed with the Pixel 4a. That said, the OnePlus Nord is the one to pick if you’re looking for a more modern phone, if cameras are not your top priority.