In a world of big, bulky projectors moored down to a spot and shackled by the need to have an electrical outlet nearby, portable projectors sound like the perfect fix for needs that are, like many of us, more…mobile. Sure, they don’t match up to full-blown projection systems, but they move easily from room to room, or even out in the garden or along with you to the coffee shop, if that’s where work or play needs to happen! That’s the promise of the BenQ GV1, a small-as-can-be Android-powered mini projector-cum-speaker that connects to your phone, laptop or streaming services to get you up and running in a jiffy. Does it deliver on the promise, though? Read on to find out… 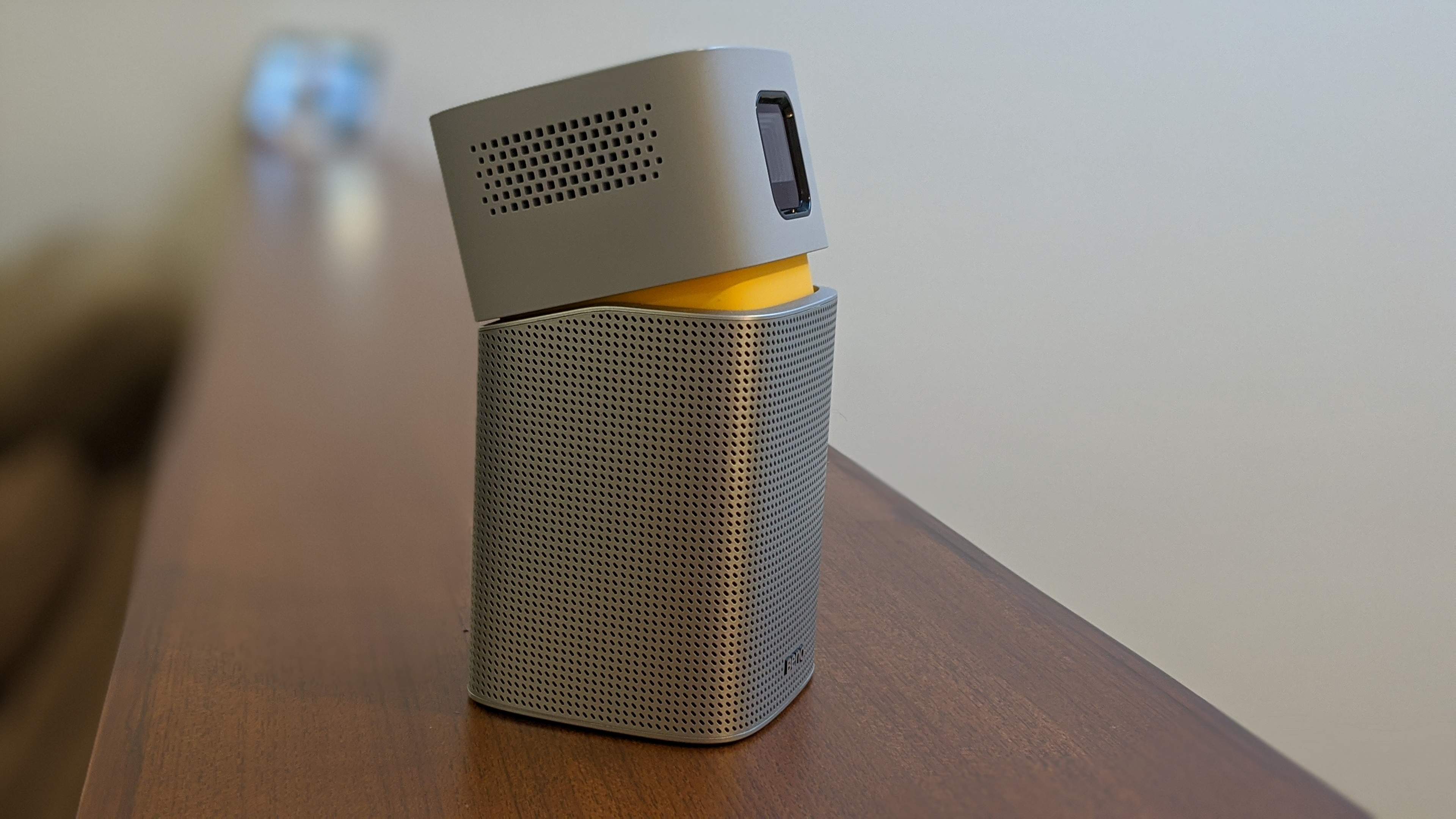 Unboxing the GV1, the first impression you’d get is that this is a run-of-the-mill Bluetooth speaker, what with the mesh grille wrapped around the chunky beer-can-sized body. And you wouldn’t be wrong, the GV1 can be used solely as a Bluetooth speaker too. It’s the tilting top within which the DLP projector sits, which can pump out a 100-inch image that’s sadly limited to a maximum resolution of 480p (854 x 480 pixels, more on this later). The design is clever, with the up-to-15-degree tilt allowing for versatile placement up close to any flat surface, with the auto keystone features taking care of adjusting the projected image appropriately. The buttons on the top control power, volume and let the GV1 switch between the projector and speaker modes, with everything else controlled by the included remote (which, by the way, is fiddly and a bit of pain to use on the interface). You get a USB Type-C port for laptops and devices that support USB-C video out, and BenQ generously includes a USB-C to HDMI dongle in the box for everything else. Yet, it’s all about the wireless capabilities on this one, with support for casting via Android and streaming over AirPlay for iOS devices set up out of the box, plus Wi-Fi for using Youtube, Netflix and a bunch of other apps on the Aptoide marketplace, much like what we saw earlier on the ViewSonic X10-4K projector I reviewed earlier. What’s nice is that if you’re out and about and not connected to a wireless network, you can use the GV1 as a hotspot that your phone can connect to, to share content. Neat, right? Using it to wirelessly view photos/videos and Youtube from my iPhone was cool, but the joy of mirroring the phone display is a little short-lived. Play Netflix on the phone, and the video doesn’t transmit, only the audio (a restriction to discourage piracy), so you’re better off knowing these limitations in the standards and using either the apps directly on the projector or wired over HDMI. 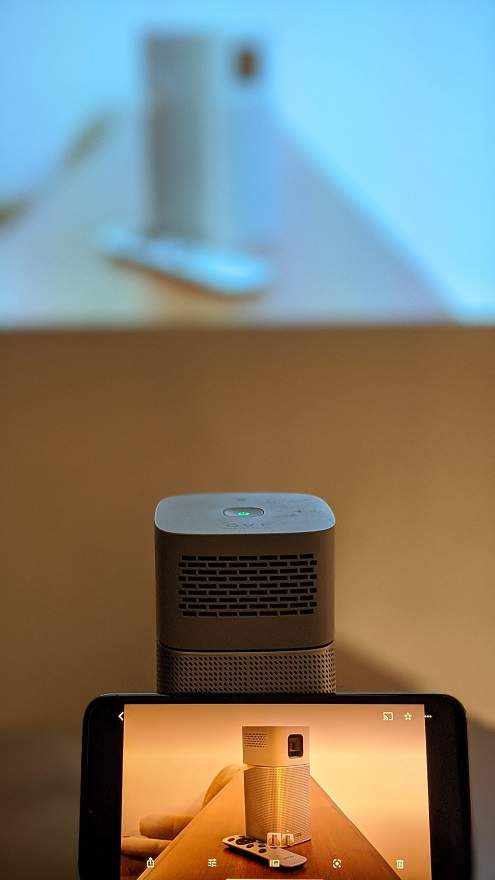 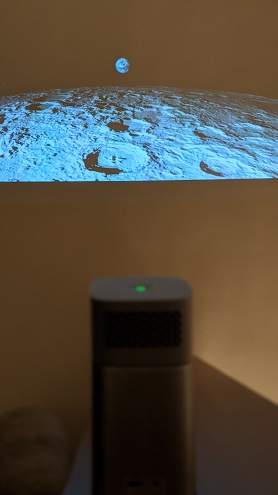 Now before you head off painting 100-inch canvases with projected content, there are a few shortcomings to all this portability you should know about. First, the projector goes to a maximum of 200 lumens, but only when it’s plugged into the power supply…on battery, it’s significantly dimmer. Not in unusable territory, but not ideal…and the short power cable doesn’t help its case. Try using the projector during the day and you’ll either have to get really close and pick a small-sized projection or close all the curtains if you want a larger image. Outdoors, this can only be used when it’s well and truly dark.

Watching a video on the GV1 on power and on battery 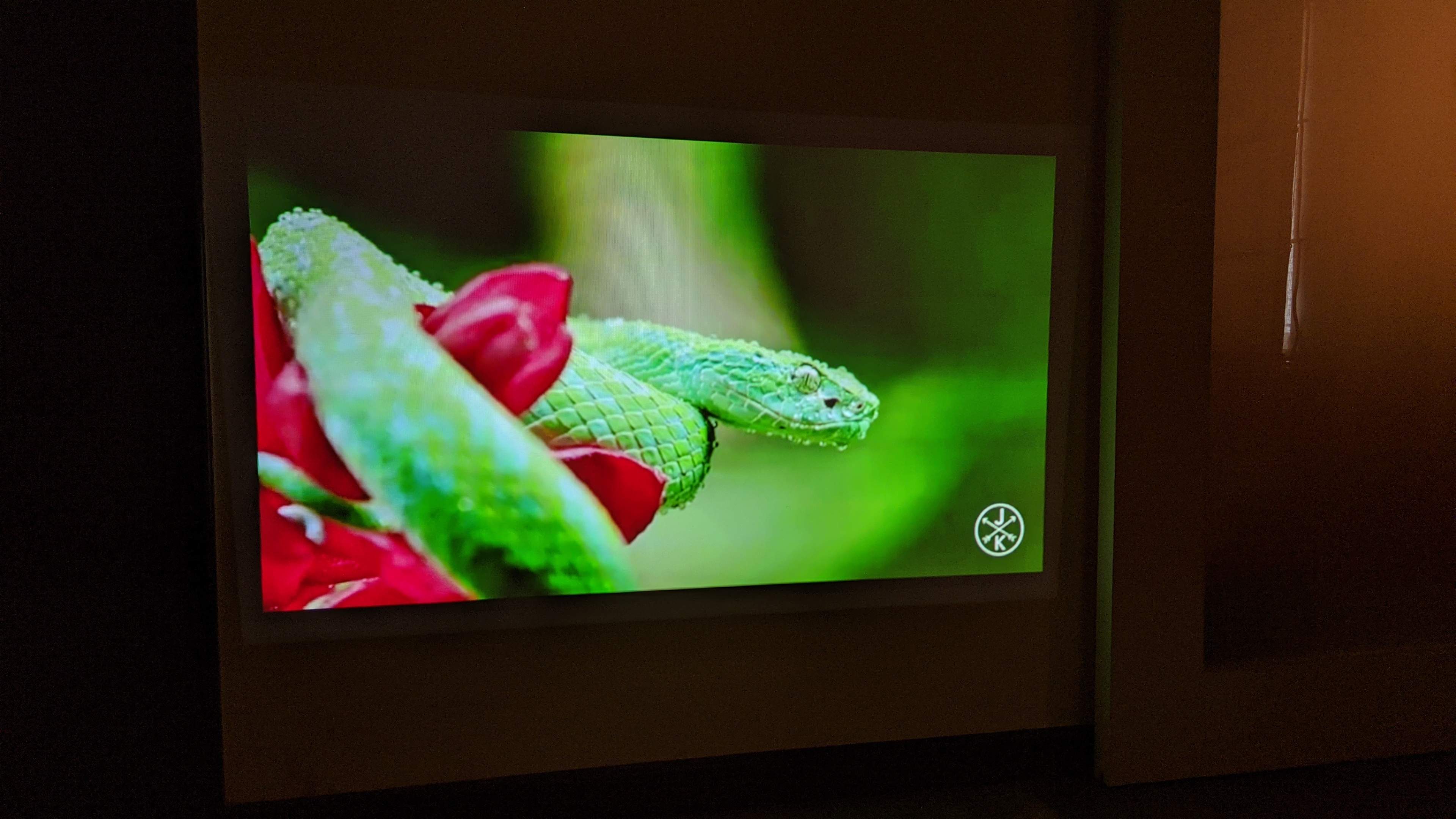 Picture quality is par for the course if keep in mind you’re using a portable projector, so none of the fancier full-HD or 4K resolutions, heck not even a 720p resolution on offer here! Use it for a series like Our Planet and you’ll miss the ability to crank up the sharpness, but it will do just fine for the average sporting event where you just want to plonk down a projector, grab some snacks and enjoy the game. Even though it will last out a solid 2.5-hours+ on battery, try and keep it connected on the power if you want the added brightness. This is not a projector that’s aiming for image quality perfection but having a portable box that goes everywhere and plays back your content on a biggish screen has its own charm. The built-in 5W speaker is usable in quiet environs, but anything noisier will need an external Bluetooth speaker. 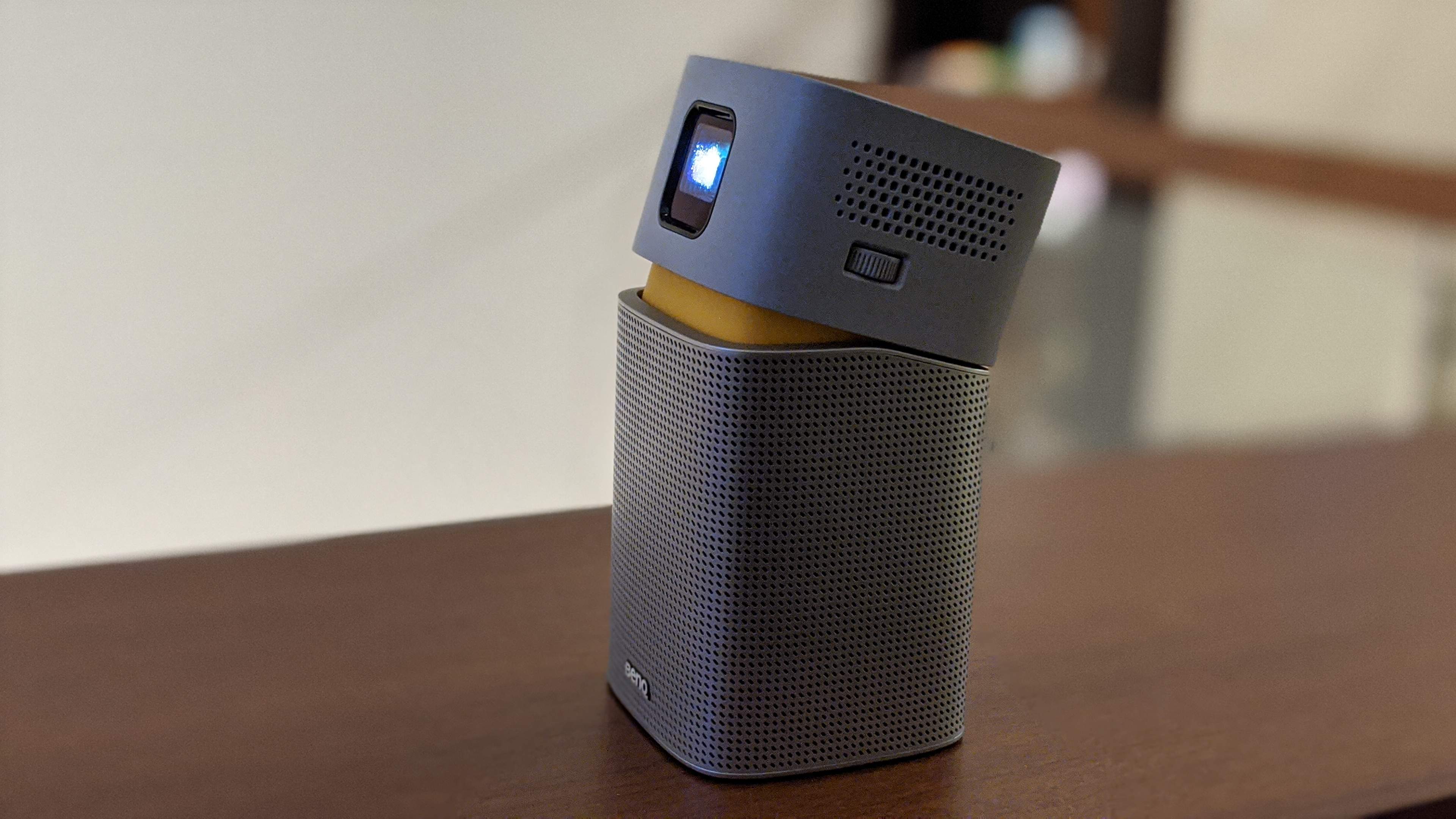 Whether you should pick this up comes down to what you want from a projector. For most folks, buying something with fewer compromises on image quality and brightness will make more sense. This is the sort of projector that sells itself on portability, so if you’re the sort who’s always one step away from throwing a weekend’s worth of supplies and heading out for a trek or some camping, the GV1 will appeal to you.