Samsung’s Galaxy M series has had a straightforward formula since its launch – pack in a big display and a massive battery in a durable design, and price it to compete with Samsung’s neighbours up North. With the newest Galaxy M51, the costliest M series yet, that line between the budget and the mid-range has seriously been blurred, and while it makes a bunch of great choices on paper – a big display, a modern chipset, a 64MP primary camera and a headline-grabbing 7,000mAh battery - you’d be right to wonder whether the “flagship” M series device does enough to carry the “value for money” card as convincingly as the rest of the lineup? Let’s answer that and more in our review of the Galaxy M51. 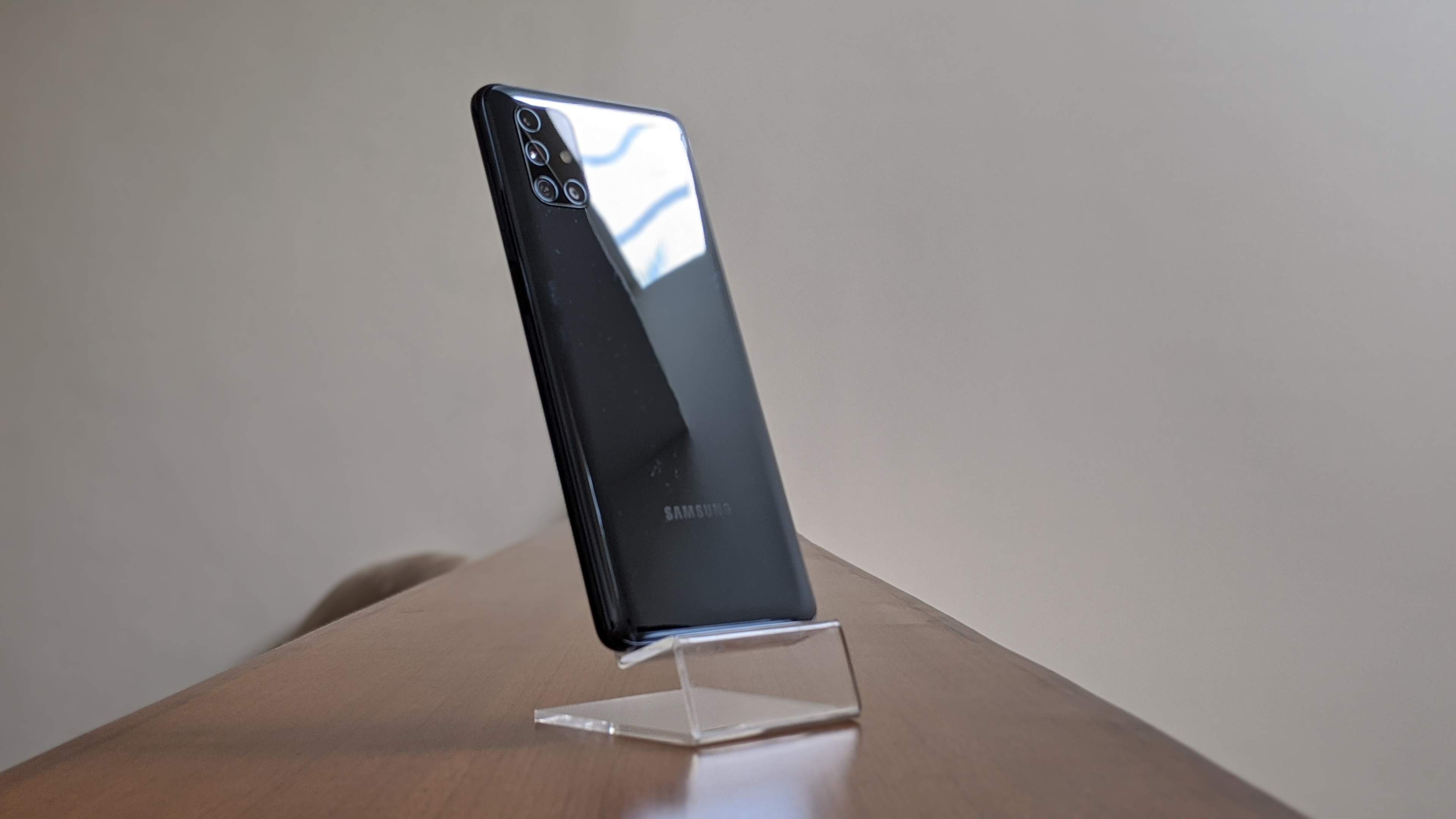 Let’s begin by assuaging the biggest concern one should have on a phone with such a massive battery – its dimensions in everyday use. And boy, was I pleasantly surprised by the in-hand feel and ergonomics of the M51. Sure, it’s expectedly thicker than the flagship devices, but for a phone with a 7,000mAh battery, the weight is kept in check to a very manageable 213 grams, courtesy the use of a glossy-plastic (glasstic) rear panel. The use of glossy plastic picks up smudges rather easily and doesn’t feel quite as premium as phones with aluminum mid-frames and glass rear panels, but it’s a small price to pay for extra longevity that the massive battery affords the M51. Elsewhere around the device, Samsung has a design language that’s fairly consistent across its budget devices, and the brand doesn’t deviate from the look with the M51 – the typical curved back and rounded edges, the quad camera enclosure, a restrained camera bump, a side-mounted fingerprint scanner and surprise, surprise – a headphone jack and a dedicated microSD card slot alongside the dual SIMs! Around the front, you get a 6.7-inch Full HD+ Super AMOLED Plus display with a somewhat ageing Gorilla Glass 3 protection. Here’s the thing about the display, which is true for Samsung displays – they’re good quality, brightness is excellent and contrast is great courtesy the AMOLED panel. The downside is that Samsung has persisted with a bog-standard 60Hz refresh rate on the display, while the competition in the same price segment (and some significantly lower) have 90Hz and 120Hz displays, which impacts the perception of fluidity in everyday use. At the lower price points where the M series sees a lot of traction, this may well work, but at the M51’s price point, this is not a good look for Samsung. Fortunately, Samsung has looked past the Exynos 9611 that has been its mainstay in the M series and kitted the M51 with the Qualcomm Snapdragon 730G, which in and of itself is a big step up, both in terms of raw performance and graphics capabilities from the 9611 we’ve previously seen on the M30, M30s, M31, M31s. Specs nerds will no doubt be aware of the options from Xiaomi, Realme and even OnePlus with more powerful innards and more enviable benchmark scores, but in real-world use, the M51 holds up fairly well, with no sign of slowing down in the week that I used it. Games like Asphalt 9 did not stutter or lag, and with the 6GB RAM/8GB RAM options, most folks aren’t going to complain about performance on a day to day basis. 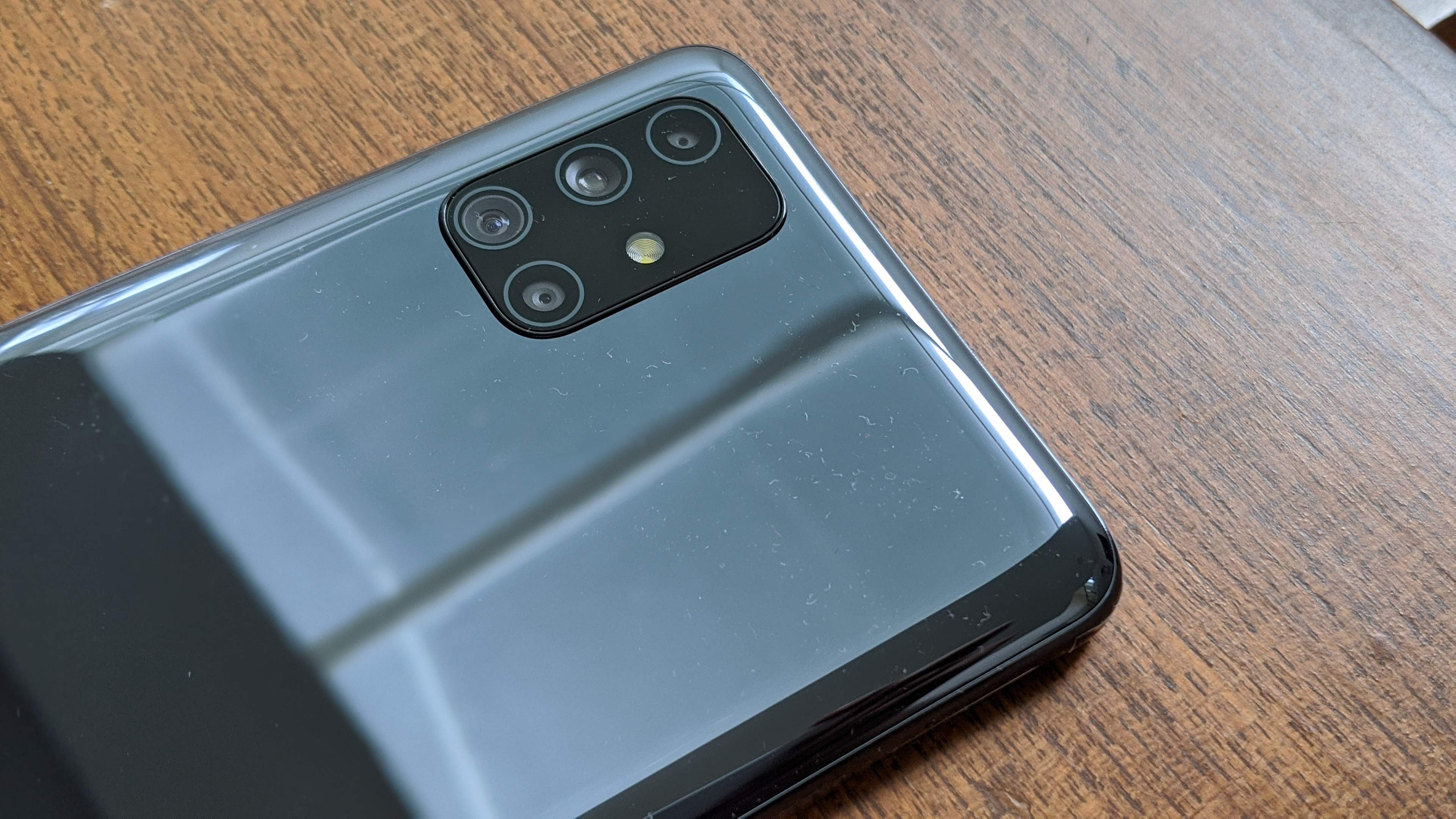 The camera setup is quite similar to what we saw on the Galaxy M31s - a 64MP primary, a 12MP ultra-wide angle, a 5MP macro and a 5MP depth sensor. Results are similar – well exposed, detailed photos in daylight in the 16MP pixel binned mode, extra coverage with the ultra-wide angle at the cost of detail around the edges, good low-noise images in low light and realistic looking shots all round. Good selfies too with the 32MP sensor, but videos lack a 60 frames per second shooting mode in 4K/1080p resolutions, odd for this price point.

But you’re here for the over-the-top battery figures, aren’t you? Take the battery sipping Snapdragon 730G with a full-HD+ resolution display and the lack of the high refresh rates I mentioned earlier, and when you add the 7,000mAh batter into the mix, you have the elements for seriously stellar battery life. In my use, the phone went past two and a half days of use before finally giving up, and that should be an easy target for folks who use the phone with a little more care and consideration. Light users could even get up to 4 days…and the bundled 25W charger juices up the battery in 2 hours flat. If you have been looking for a phone where you could simply stop worrying about battery anxiety, the M51 is Samsung’s triumphant answer. You don’t even miss things like wireless charging when the phone refuses to give up even on the most demanding of days. 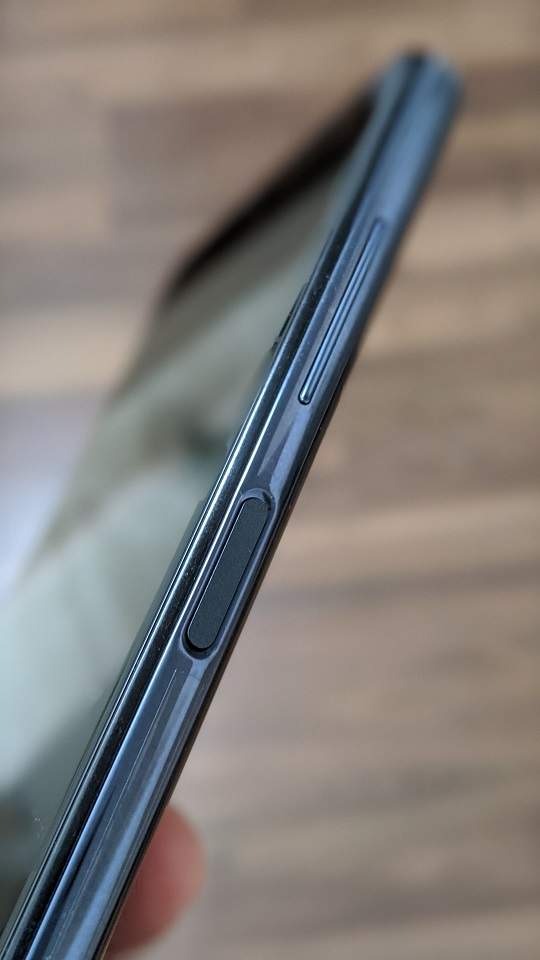 On the whole, the M51 ticks off a lot of boxes for someone who’s in the market for a Samsung-branded phone that checks the boxes on design, camera and an overall sense of balance across the board…and then the peace of mind that comes with a battery that simply doesn’t die. If you’re shopping with a 24,999 budget, you could certainly look at the OnePlus Nord, the Poco X2 and the Realme X3/Redmi K20 Pro if you’re all about the specs.