Samsung Galaxy A52 review: Scores high on style and durability

Take a look at the Samsung smartphone portfolio and you’ll notice that it’s the flagship S series and the budget M series that garner the lion’s share of attention, leaving the A series in a sort of middle ground where good looks are prioritized over pure performance or value. With the Galaxy A52 and the Galaxy A72 (review coming soon) duo, does Samsung tweak that equation, particularly in the face of the intense competition in the upper-mid-range segments? 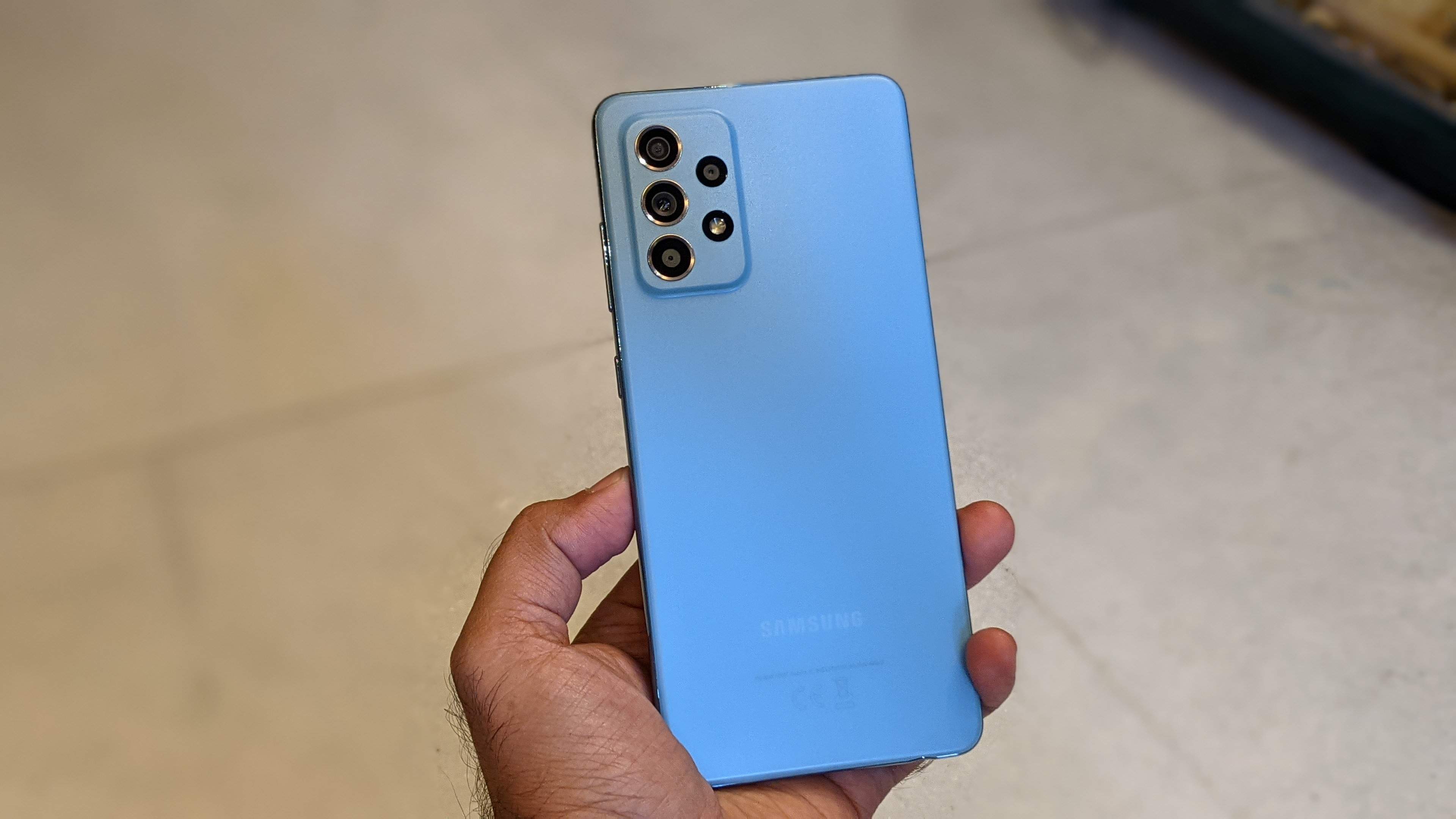 Picking the A52 up, you’ll immediately notice that it looks rather different from the pack, particularly in that fetching matte finish Awesome Blue colorway that is reminiscent of the Cyan Nokias of yore. Despite the eye-catching colors, the design is subtle and understated, eschewing the shimmering gradients and over-the-top flamboyance we’ve seen in the category.  The back panel is molded to wrap around the camera bump to give it a very clean, uniform look. Build quality is about average, with the polycarbonate rear panel and color-matched metallic finish plastic frame on the sides, but the 8.4mm thickness helps with one-handed use. A 3.5mm headphone jack, stereo speakers and expandable storage round out the design pluses on the A52. Yet, the biggest highlight of the device has to be its segment-first IP67 water and dust resistance rating, which allows for accidental submersion in fresh water up to 1m deep for a maximum of 30 minutes. Up around the front is the 6.5-inch AMOLED screen with a full-HD+ resolution and a 90Hz refresh rate, with the punch-hole selfie shooter centered on the top and an in-display fingerprint scanner for authentication. The display is typical Samsung – crisp, vivid and bright enough except in the brightest outdoors, and the stereo speakers add to the content consumption experience on the A52. You get support for HDR10+ and HLG for HDR content playback on YouTube, although Netflix and Prime HDR support is awaited. A high refresh rate display for smoother scrolling in the UI and games is fast becoming du jour for the category, and it’s good Samsung checks that box. 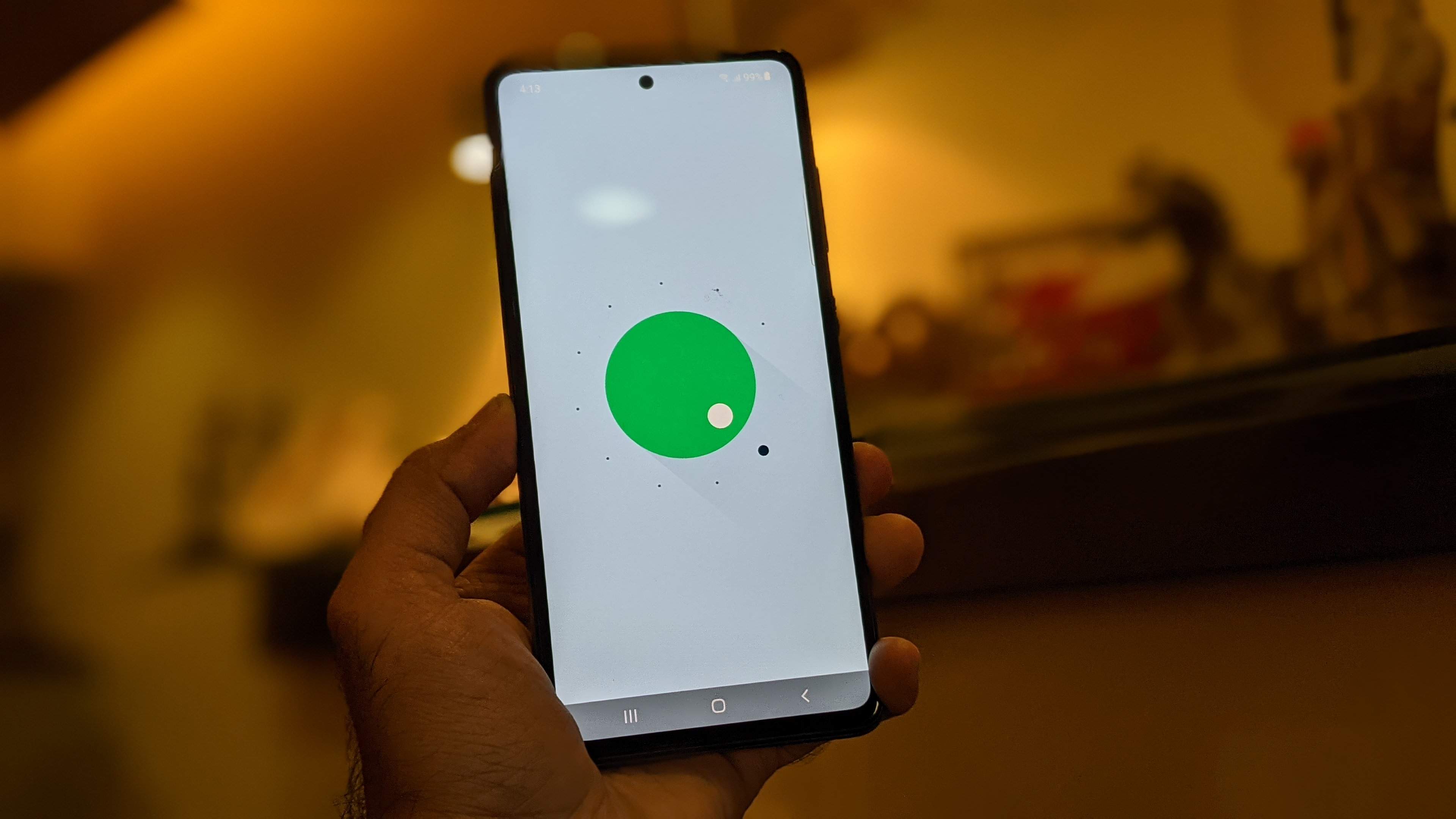 A Qualcomm Snapdragon 720G chipset powers the Samsung Galaxy A52, which is a marked improvement on the Exynos 9611 that powered the previous generation A51. It runs your everyday tasks handily and can even manage heavier games like CoD Mobile at high settings, you will notice the odd stutters when you’re multitasking between heavy games/apps or when apps are updating. Other smartphones, including Samsung’s own F62 do better on most benchmarks, and then there’s the specter of the more powerful Snapdragon 765G on the likes of the Nord. Redemption comes by way of One UI 3.1, with a promised four years of updates – three platform updates (till at least Android 14) and four years of security updates. One UI 3.1 by itself is feature-rich, but there are a number of pre-installed apps as part of Samsung’s content partnership play that sour the initial experience of the device but can handily be dispatched to the trash. Battery life is a strong suit of the A52, lasting over a day and half on the 4500mAh battery with moderate usage. You get support for up to 25W fast charging, though the charger in the box is rated at 15W, so you can see gains on the 1.5 hour charging times if you pick up a compatible 25W charger separately. Finally, the cameras, another area where the A52 sees an upgrade – the quad camera setup has a 64MP primary, a 12MP ultra-wide-angle, a 5MP macro and a 5MP depth sensor, with a 32MP selfie camera on the front. The camera app is similar to what you’d see on the S series flagships, with the Scene optimizer that detects what you’re looking at in the scene and optimizing the settings to take the best shot. Daylight shots were detailed but somewhat boosted in colors as compared to the full 64MP resolution shots. Details were poorer on the ultra-wide-angle camera, though the barrel distortion was impressively reined in. Low light images benefited from the boosted exposure in the pixel-binned 16MP shots, though I found the colors were better on the dedicated Night mode. Selfies taken with the 32MP shooter were crisp, even in low light. Macros were soft on details. Video recording on the A52 goes up to 1080p/60fps and 4K/30fps, with optical image stabilization working only on 1080p video using the rear camera. The Super Steady mode helped with electronically stabilizing video shot on the ultra-wide-angle electronically to a good degree. The Samsung Galaxy A52 gets quite a few things right – a good display, clean design with the bonus of IP67 water and dust resistance and a commitment to software updates that are the envy of the Android world. The challenge is that while all these aspects should matter, the competition from Xiaomi and OnePlus is taking the conversation away to flagship-killer-challenging performance, 5G and imaging prowess. If value and battery life is your main goal, look at the Samsung F62.

Cons: No earphones or silicone case included, no fast charger in the box, bloatware, average