The mid-range of the smartphone segment is really where all the action’s at these days, and if options from OnePlus, Xiaomi or Vivo are not for you, Samsung’s bringing it’s A-game to the show with the new Galaxy F62. Launching at Rs. 23,999, the F62 ups the ante with a premium flagship chip from recent times and a battery that just doesn’t give up, and whether Samsung intends or not, wrests the battery champ crown from the Galaxy M51. Let’s dive deep into how it all stacks up, shall we? 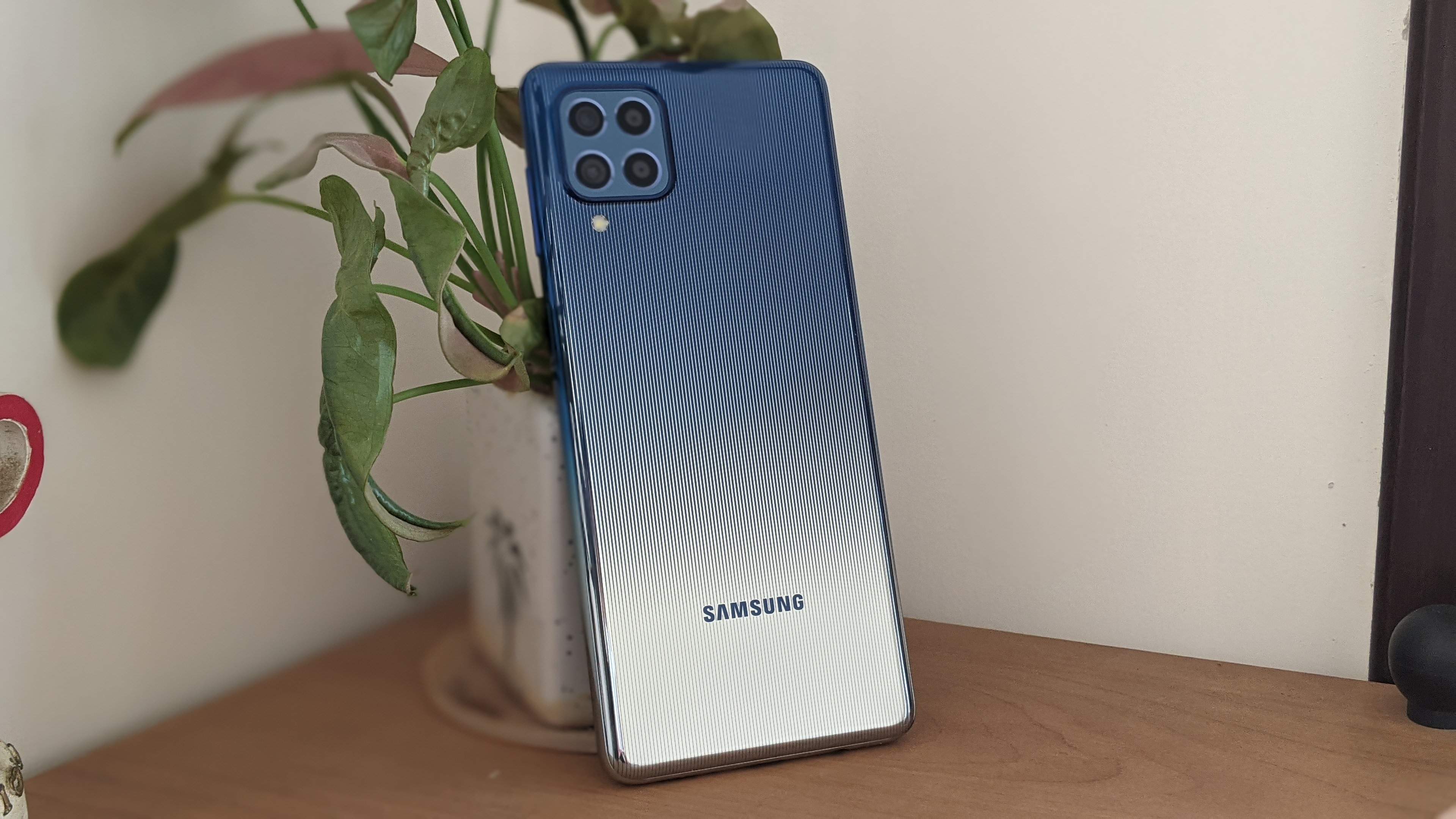 This is a hulking slab of a device, no matter which way you look at it, and petiteness was clearly not a design priority here. That said, when you consider the F62 has among the biggest battery capacities around - a staggering 7000mAh no less – the 9.8mm thickness and 218g weight aren’t actually that over the top. In general, the dimensions are similar to the M51, which means it’s a handful…but for a reason. Keeping the weight in check is the ‘glastic’ curved polycarbonate back which, with the whole gradient and the pinstripe effect going on, looks quite different from the usual Samsung mid-rangers. The glossy plastic scuffs easily though, so you should plan for a case at the time of purchase – there’s no silicone case in the box, which is somewhat of an odd exclusion. As with the M51, the camera bump is restrained, the fingerprint scanner is side-mounted and the headphone jack and a dedicated microSD card slot make an appearance. Around the front, the F62 doesn’t see much of a change from the M51, with a similar 6.7-inch full-HD+ Super AMOLED panel that, aside from the lack of a high refresh rate that’s fast becoming common to this category, has all the characteristics of a great Samsung panel – punchy colors, deep blacks and an overall lovely media experience, whether you’re viewing images you’ve shot or watching YouTube of Netflix. It lacks HDR support at the moment, though there’s WideVine L1 support for watching HD content on OTT platforms. 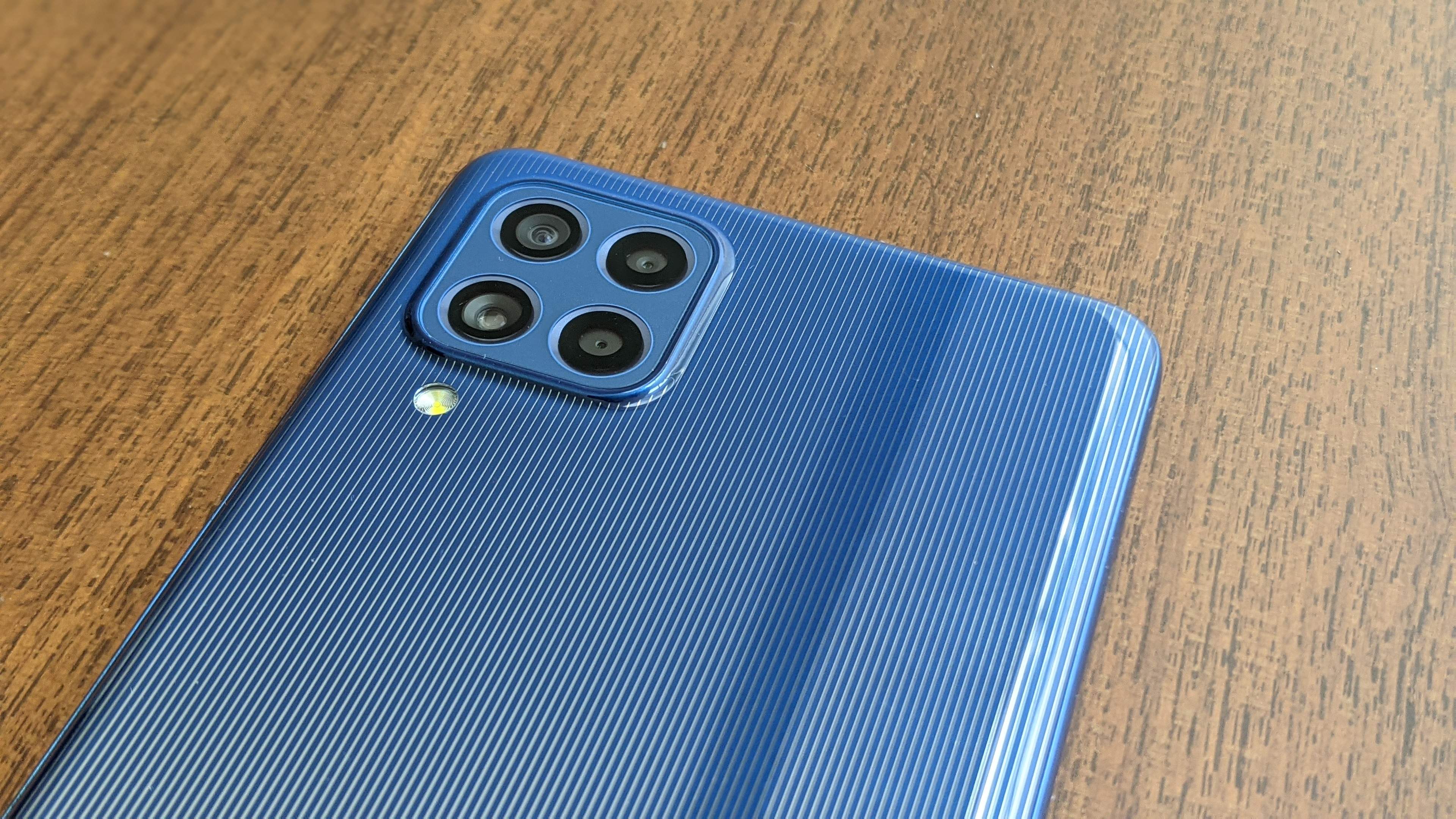 Where Samsung has chosen to step up its game is in the choice of hardware that powers the F62. Borrowing the Exynos 9825 chipset – yep, the same 7nm chip that powered the quad HD+ experience on the Galaxy Note 10 lineup in 2019 – is a good move both from a performance and power efficiency perspective. That said, chip technology has caught up significantly, and the performance gap between current mid-range chips and flagships chips from a couple of years ago has narrowed. All said and done, this is a snappy and responsive phone, with no lag while multitasking or while loading heavy apps, as can be expected with the chipset and in general for phones at this price point. You get the latest One UI 3.1 based on Android 11, and the experience is clean, modern and mostly free from preinstalled bloatware. Games, even the heavier ones like Call of Duty Mobile, run at maximum graphics and frame rate settings with no issues – a plus for this price segment - but extended missions on such a game sees the back of the phone getting a bit warm and the occasional in-game frames dropped.

Now, take that power efficient 9825 chip and pair it with a 7000mAh battery, and what you have, ladies and gents, is the new battery champ in town. Try as I might, I was unable to drain the phone’s battery in a day, and even with comical levels of heavy testing usage (benchmarks, maps on 4G, couple of hours of gaming, streaming music over the span of whole days), the phone lasted well past two days. You’re going to have to hunker down and charge the F62 overnight, though – a full charge takes a bit over two hours, thanks to the relatively slower 25W charging speeds – but with longevity such as what I’ve seen on the F62, you’re rarely going to be hunting for a charger. 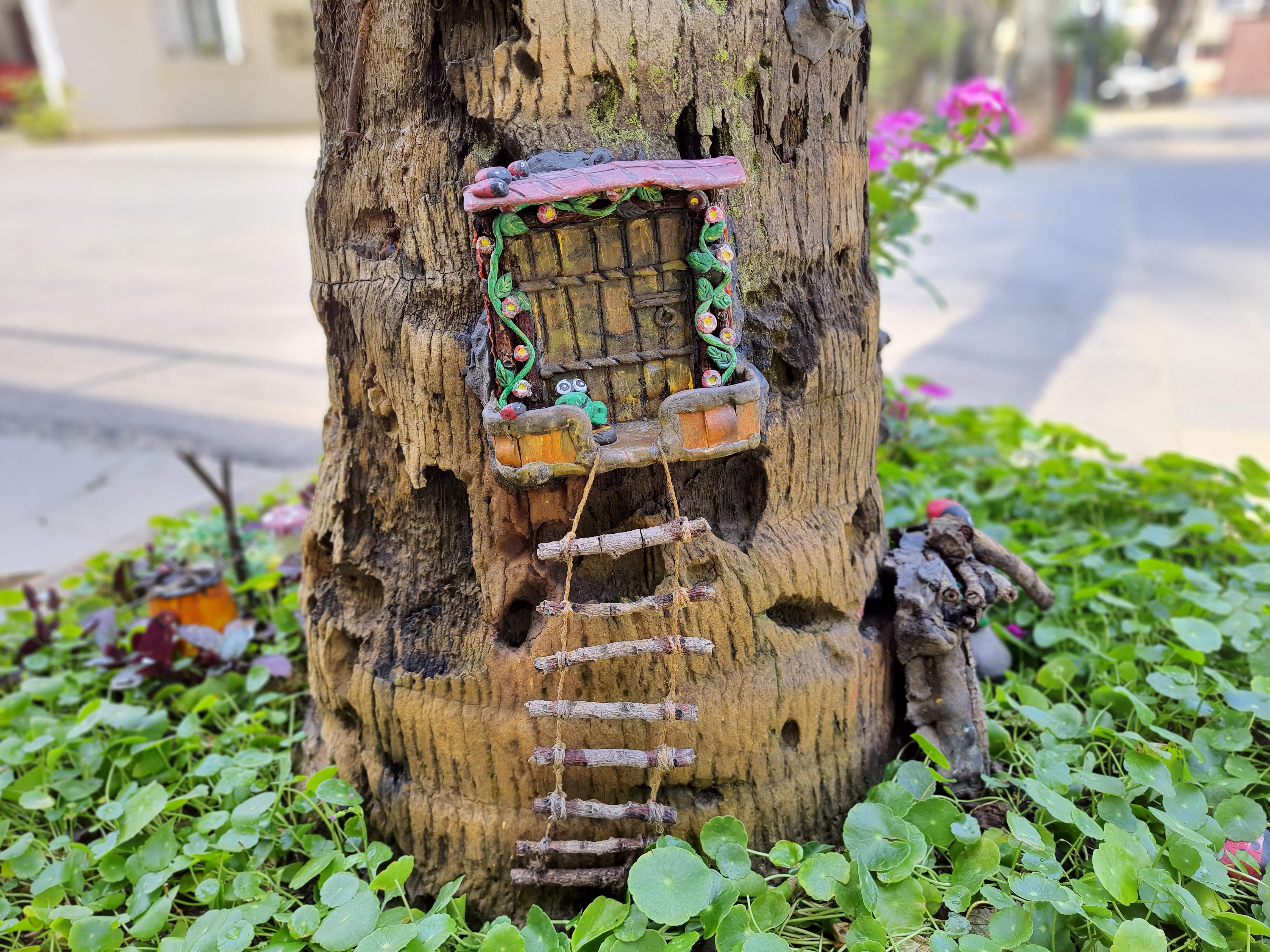 The quad camera setup on the F62 is exactly the same as the M51, with a 64MP main, a 12MP ultrawide, a 5MP macro and a 5MP depth sensor, but there are some improvements across the board. Images shot in good light are rich in details, textures and dynamic range, but do often exhibit the red hues many other Samsung phones are similarly guilty of. Night shots are average, and this is where Night Mode helps a bit. Closeups offer good detail, and the macro does a good job in decent light. On the video side, you get 480fps slow motion recording but no 60fps videos, even in 1080p. 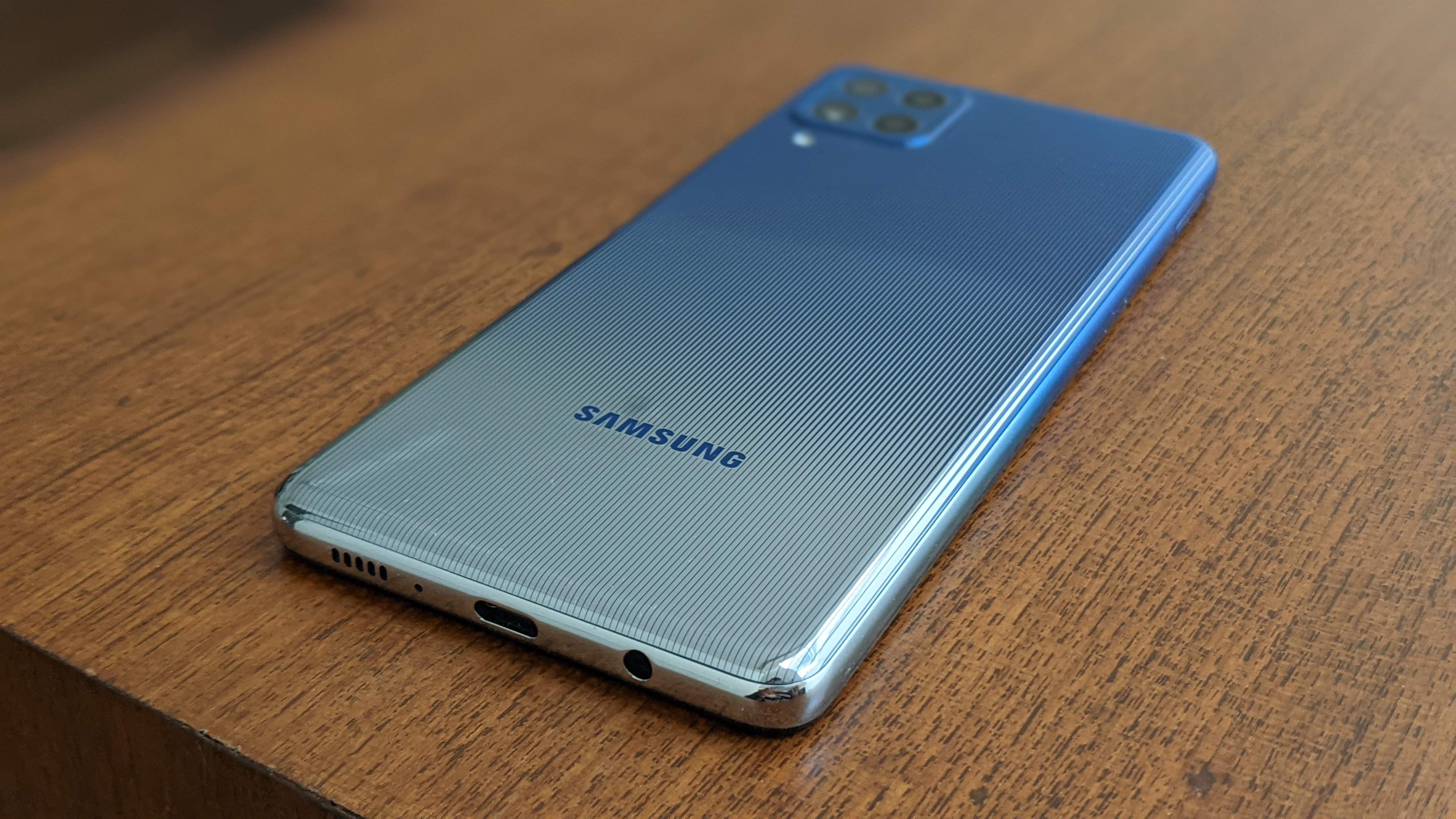 If even you discount the heavy marketing around the F62 on the Internet, there’s still a lot going for it. It takes over from the M51 as the easiest recommendation for big-battery hunters, and there’s better camera and overall performance to boot! As the reigning battery champ, there’s almost no competition strictly in terms of longevity. It’s when you start prioritizing other elements – maybe you want a 5G phone, or a higher refresh rate display, or you want to save yourself a tidy sum – that the competition starts looking a little more appealing.