2020 saw Xiaomi double down on its flagship portfolio, first with the launch of the Mi 10 and then the Mi 10T Pro, both of which did well to reassert the brand as a contender in the premium and value flagship segments. But the Mi lineup lacked a strong offering in the sub-30,000 category, a space that had got a lot of attention over the past year with the OnePlus Nord, the Samsung Galaxy M51 and the Vivo V20. Well, “New Year, New Mi” and that’s set to change with the Mi 10i (i for India), a phone that packs in much of the marquee features of the Mi 10-series, including a 108-megapixel camera, a high-refresh-rate display and a 5G chipset, all at a jaw-dropping starting price of Rs. 20,999! Talk of coming into the new year with all guns-a-blazing! Xiaomi’s made its intentions for the sub-25,000 space amply clear, but will this be the phone to recommend going into 2021? 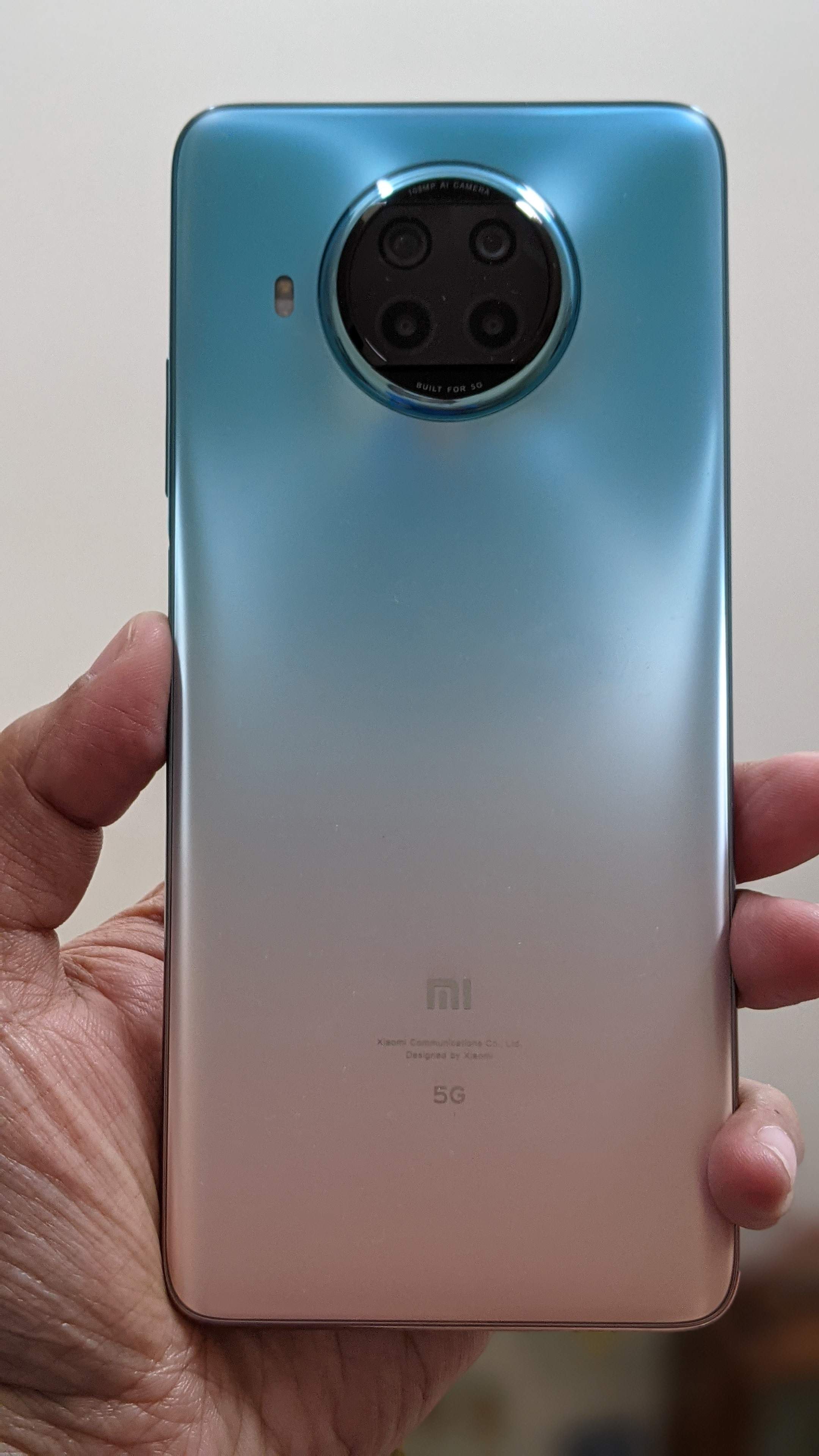 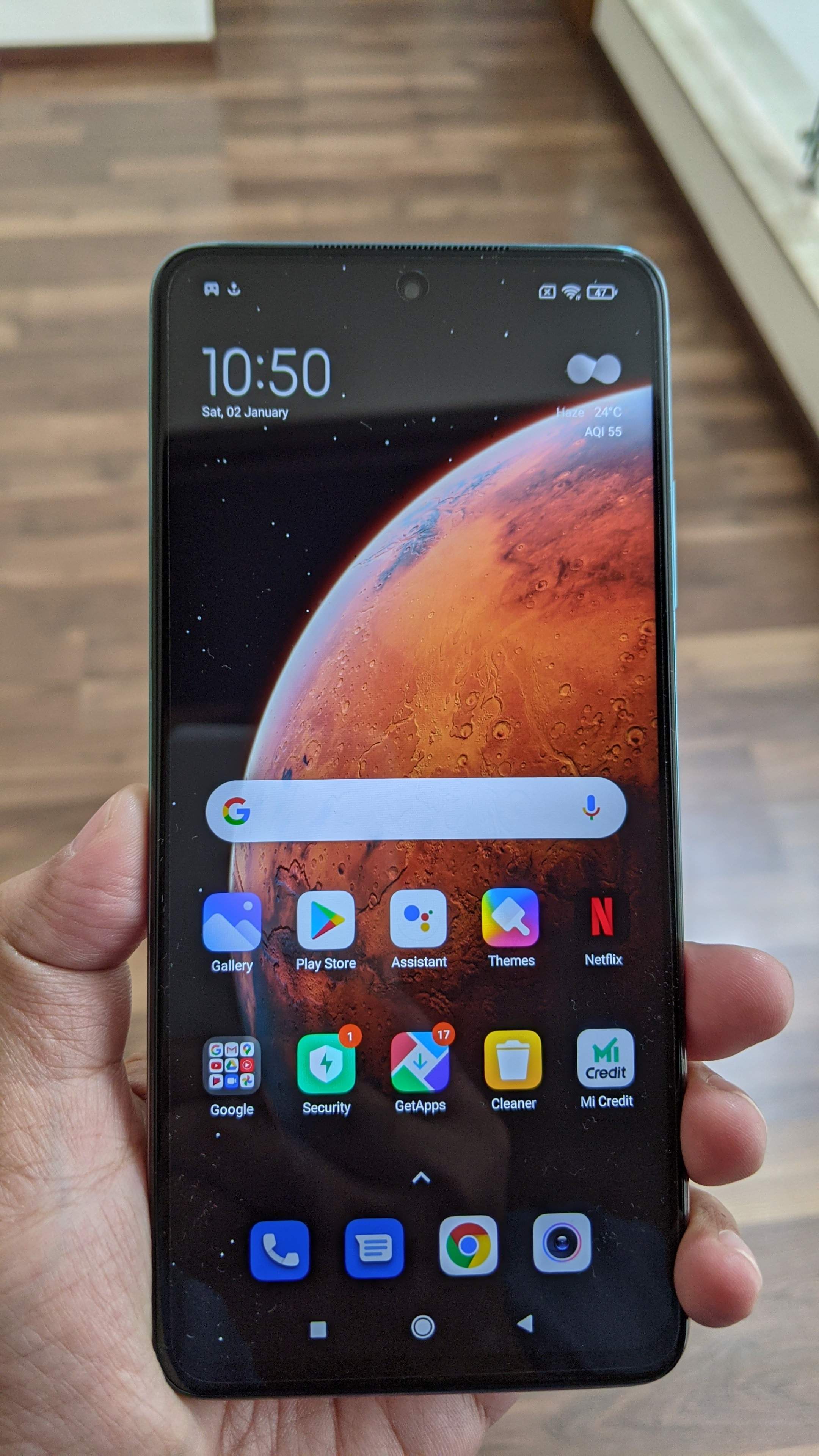 It might sound like an extension of the Mi 10 family, but there’s little by way of resemblance to the Mi 10/Mi 10T Pro. You get two glossy finishes in the Atlantic Blue and Midnight Black colorways, but I suspect it’s the third Pacific Sunrise variant, a striking mix of blue and orange hues that extends to the mid-frame on the sides, that will be the color to get with the Mi 10i. The frosted matte finish on the paint job looks super premium, while resisting the sort of smudges that glossy rear panels readily attract. Like with the Mi 10T Pro, there’s a fingerprint sensor on the right integrated into the power button. You get a notification LED next to the earpiece, a handy inclusion for missed calls/notification alerts, but what’s more surprising is that Xiaomi’s included a 3.5mm jack, a port which is all too often the first casualty in mid-to-premium devices these days. With its matte coating on the rounded edges, this is a phone that’s not too hard to hold despite its not-insignificant Mi 10T Pro-esque proportions, and there’s Gorilla Glass 5 protection and IP53 water/dust resistance for added peace of mind. Stereo sound via a speaker in the earpiece and an infrared blaster for TV/AC control are handy inclusions. 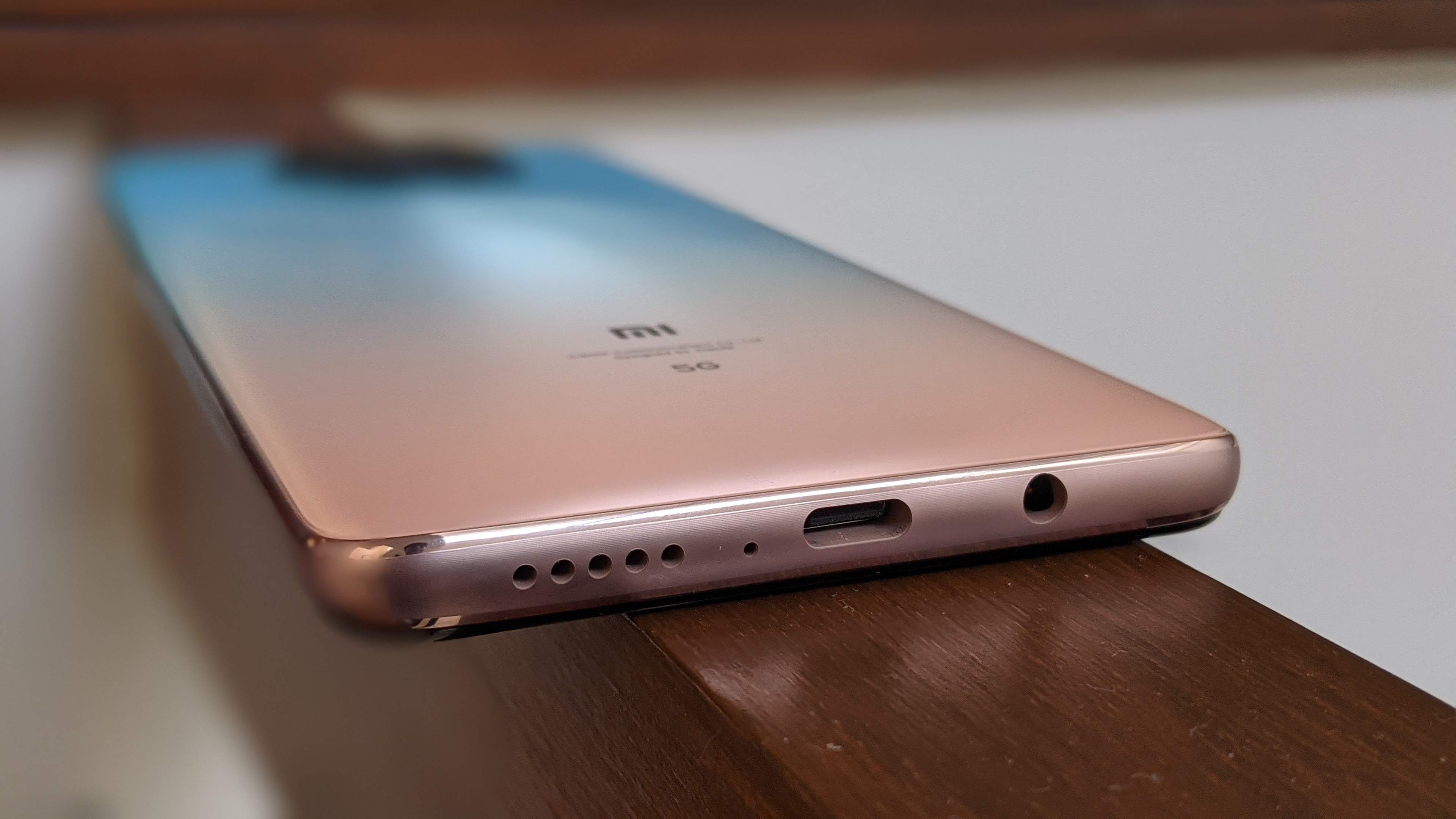 Front and center, there’s a massive 6.67-inch full-HD+ HDR10+ LCD panel which borrows the adaptive refresh rate feature from the 10T Pro to ramp up (or down) the refresh rate between 30Hz and 120Hz depending on the content you’re playing. Playing a game will bump up the refresh rate to 60/90Hz, or up to 120Hz if you’re scrolling your news feed or navigating the user interface, but if you’re reading an eBook or watching a sitcom/movie, it’ll bring it down to 30Hz/48Hz/50Hz to improve battery life. The change happens on the fly and works very well on an LCD panel that’s decent for the price, but you do miss out on the added saturation/vibrancy and deeper blacks of an AMOLED panel (as with the Nord/M51). There’s also a mild amount of backlight bleed around the hole-punch cutout, but nothing out of the ordinary. Under the hood, there’s a shiny new Snapdragon 750G chipset alongside the 6GB/8GB of LPDDR4X memory and 128GB of faster UFS2.2 flash storage, and performance is on par or slightly better than the Snapdragon 765G chipset-toting phones one can find in this price range. In daily use including the odd sessions of gameplay, the experience is smooth, and the high refresh rate display goes a fair way in aiding that sense of fluidity. On an aside, the vibration motor deserves a separate mention, plus there’s 5G support for whenever in our lifetimes the India rollout happens.

But you know, it is 2021, and while MIUI 12 is a slick, fresh coat of paint on current Xiaomi devices, there’s the lingering issue with the phone still running Android 10 out of the box, and with other brands showing marked improvements in terms of software updates, Xiaomi feels like it’s standing still in this one department. That, and the bloatware by way of GetApps and a bunch of other pre-installed apps is a bummer on what is otherwise a modern software experience. There is a software bonus on the Mi 10i – dual wake word support - which allows you to invoke both Google Assistant and Amazon Alexa out of the box. For those who use both the Google experience on the phone and an Alexa-heavy smart home setup, this is a perfect little addition. 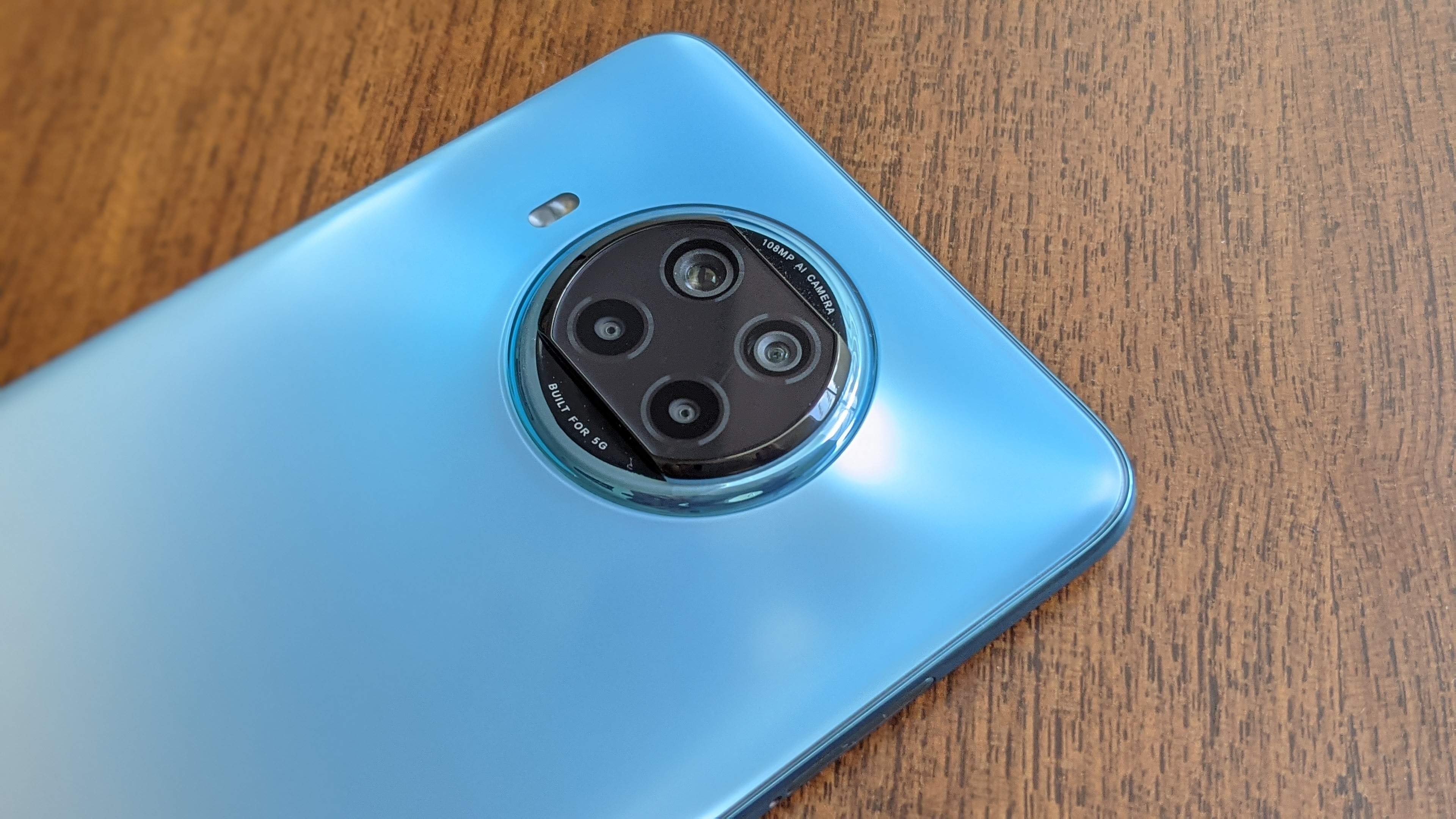 What ties it to the rest of the Mi 10 series is the inclusion of a 108-megapixel camera module with the all-new Samsung HM2 sensor. Xiaomi uses what is called 9-in-1 pixel binning (9 adjacent pixels to form 1 high-photosensitivity 2.1micron 12-megapixel pixel), something we’ve seen used to great effect in the S20 Ultra and the Note 20 Ultra earlier. The rest of the cameras are fairly standard stuff – an 8-megapixel ultrawide-angle lens and 2-megapixel macro and depth sensors – and while the latter are nothing worth writing home about, it’s the main camera that I was most interested in. 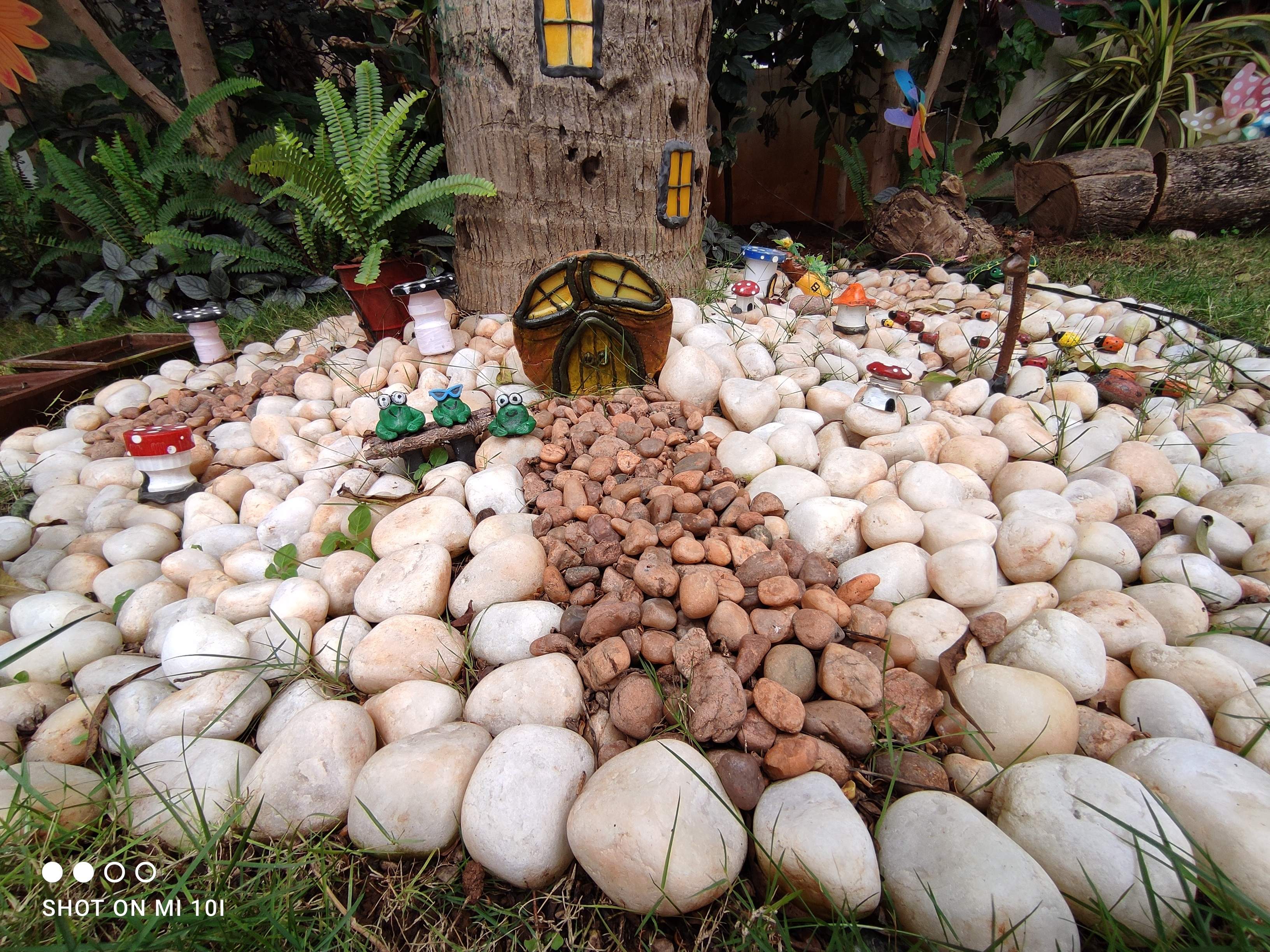 Color me surprised, though. The 12MP shots from the primary shooter turned out images with sharp details, natural colors and better dynamic range performance between the bright and dark parts of a well-lit image than I saw on the Mi 10T Pro! Low-light performance was better than the other devices in its category, although there was a bit of over sharpening at work when light levels were super low. The recent launch-day 12.0.4 software update bumped up the night mode performance by a bit, so there’s a scope for even more improvement on what is a very capable camera at this price point. Portrait mode images are on point, and the ultra-wide will do its bit to get more in the scene with the usual caveats of distortion and loss of detail around the edges.

Powering the Mi 10i is a 4820mAh battery with 33W fast-charging, with the 33W charger included in the box - I suspect I’m going to have to start being more explicit about this inclusion going into 2021!  The phone goes from empty to fully charged in a shade under an hour, with about 60% charged in about 25 minutes. Depending on my usage, I regularly saw between six and seven hours of screen on time, which is the sort of longevity you can attribute to battery-saving optimizations and an 8nm chipset. Excellent battery performance in this bracket, second only to the battery champ, the M51. 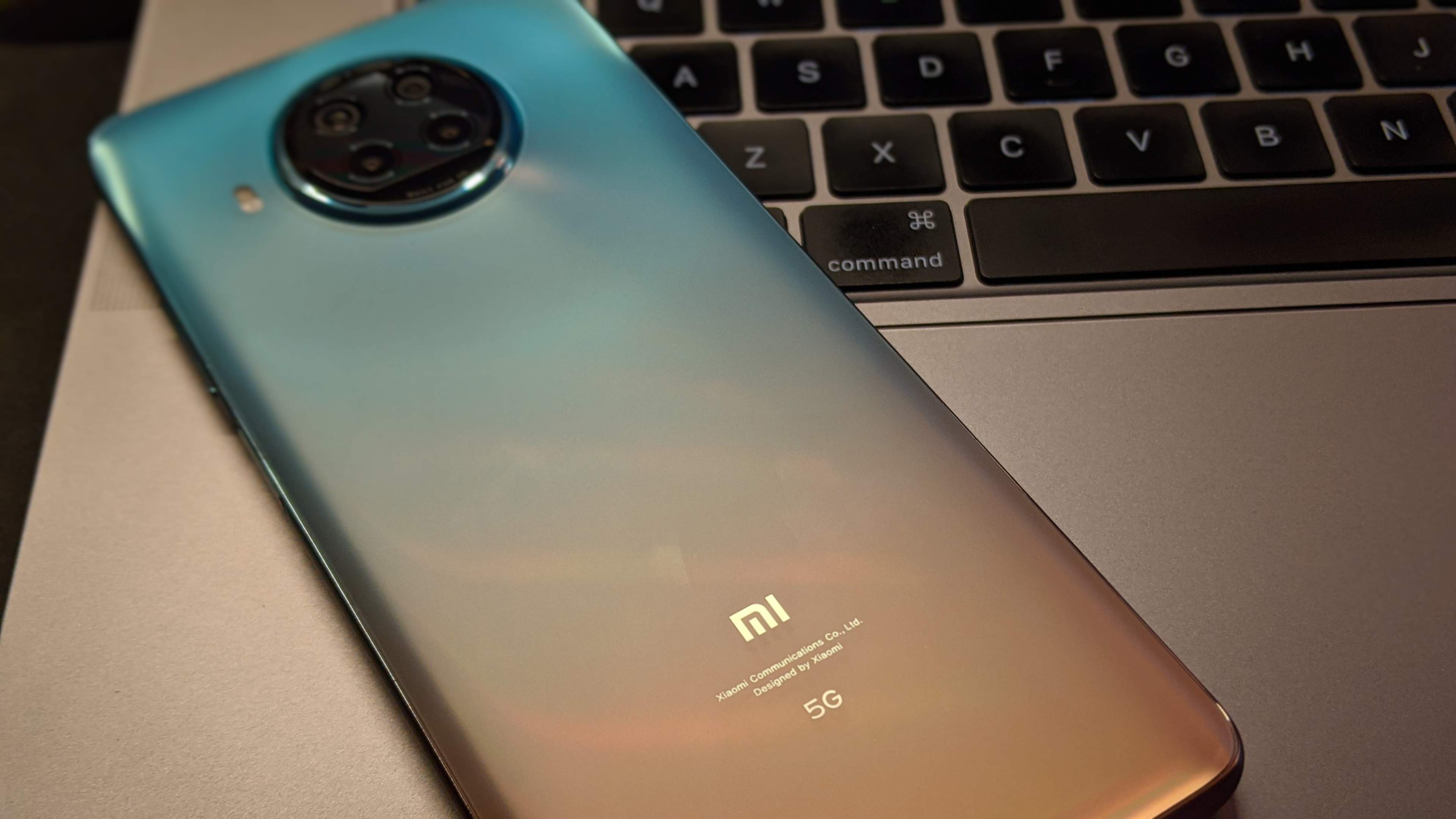 Despite a strong showing from its competitors, the Mi 10i is an easy recommendation in its category, with its capable cameras, decent performance, fluid display and a design that’s quite fetching. Sure, some may want a phone with an AMOLED panel and a cleaner software experience at this price point, and for them, the Samsung and the OnePlus are great options at marginally higher price points. Xiaomi does a great job of democratizing access to new tech at more accessible price points, and the 108MP camera sensor on the Mi 10i is a great example of that.