After a prolonged radio silence following the launch of the original HomePod – arguably the best smart speaker bet for someone in the Apple ecosystem thanks to its tight integration with Apple services - Apple’s back with the HomePod mini, a more compact and value-focused smart speaker that goes head-to-head with the likes of the Amazon Echo and Google’s Nest Audio. There’s no doubt that this is a move to make Apple’s smart speaker portfolio more accessible to the broader audience that may have balked at the HomePod’s near-20,000 pricing – the same cash can net you two HomePod minis! – but does it do enough to earn the ‘HomePod’ in its name? Let’s find out. 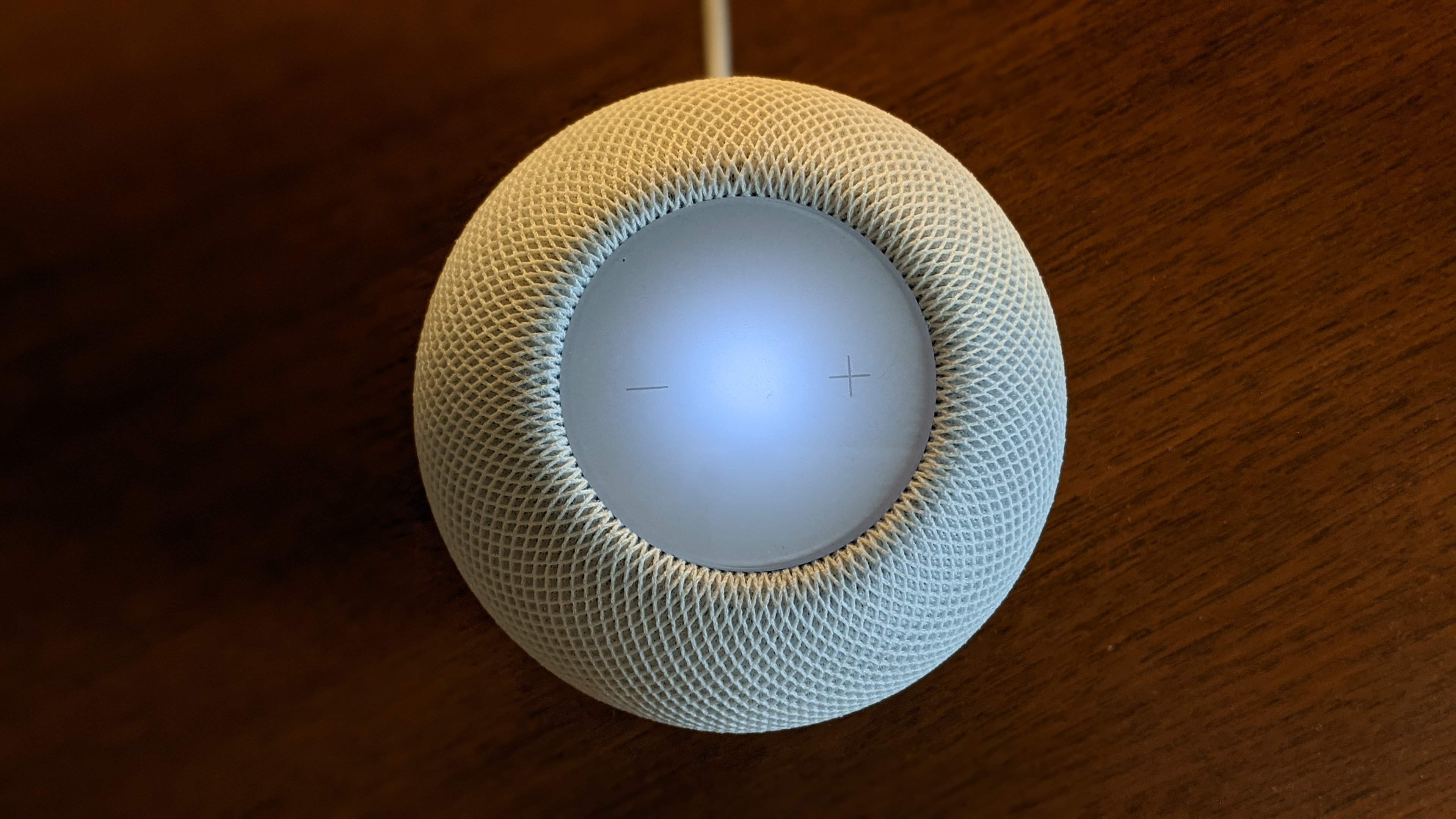 The first thing you’ll notice about the HomePod mini is…well, just how mini it is. It’s barely 3.5 inches across, and smaller than the recently released Echo Dot. Keeping with the bigger sibling’s aesthetic, the mini has a color display on the top and a mesh fabric-wrapped outer shell. When it’s being used, the top glows with a pleasing light. It’s so very Apple in design – understated and minimal. Its diminutive size allows it to be placed just about anywhere and by forgoing the cylindrical smart speaker design, the mini looks more bauble and less a piece of high-tech equipment. Like the HomePod, the cord is attached but it’s braided and long enough for creative placement options. Plug the USB-C end of the wire into the supplied 20W power adapter and you’re ready to go. It has to be said - one almost felt like something the size of the HomePod mini ought to have been portable, but maybe that’s for a later version with MagSafe dock compatibility? One can hope… 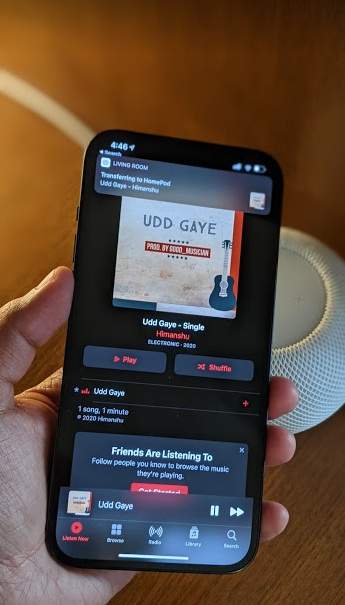 Setup is extremely easy, provided you have an iPhone or iPad at hand, and you’ll want a subscription to Apple Music as well. The new U1 chip detects iOS devices in its vicinity and allows for quick pairing and even pushing the currently playing music from an iPhone 11/12 to the mini and vice versa simply a matter of bringing the iPhone close to the mini. It’s fun and you should try it – place your music-playing phone near the mini and a little vibration indicates the handoff – far neater than hunting for the AirPlay icon to stream music to the speaker. All your Wi-Fi and account information is quickly synced, and if you've splurged and picked up two speakers together, they'll automatically pair and be set up to work with each other in a matter of seconds. You can assign each a left and a right channel in a stereo pair and really amp up the sound. In most cases, you’ll likely be putting one of these in a room or on a table, and so it’ll come down to how a single mini sounds. 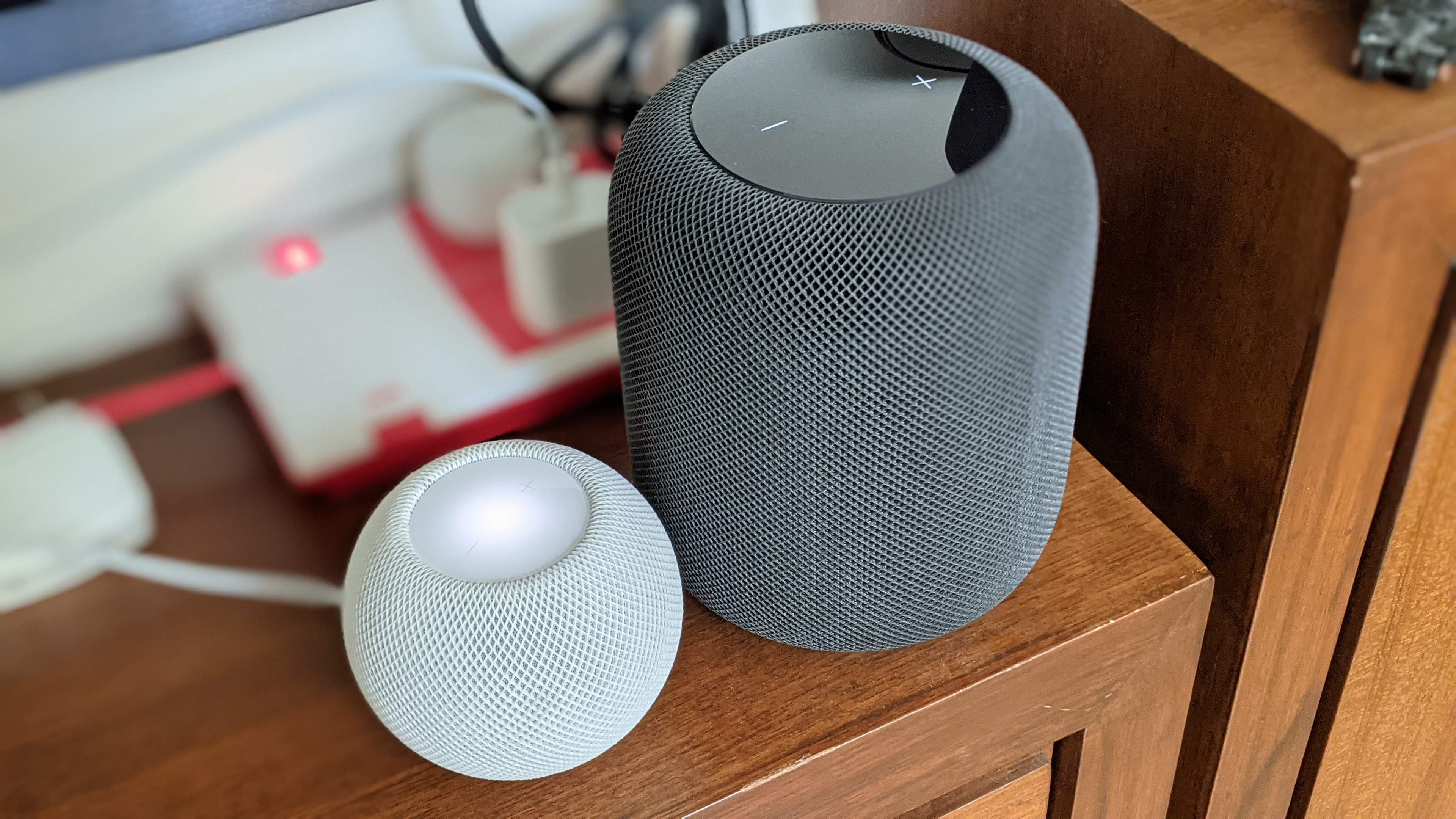 Pretty good, if you don’t go comparing it to the twice-as-pricey HomePod, of course. Taking its single full-range driver and two passive radiators and pushing the sound out of the bottom of the speaker allows the mini to push out sound in a 360-degree pattern, so you’re going to want to try and place it somewhere open and in the middle of a room. Chances are, with the cable, you’re more likely to be placing it near a wall, so the benefits of the sound coming from all angles is a little limited. Priced at half the price of the HomePod, it lacks the HomePod’s spatial awareness tech which tunes the sound based on the characteristics of the listening space, but it redeems itself via the new S5 chipset, which alters the speaker response based on the song that’s playing (in what apple calls ‘computational audio’). The sonic signature emphasizes voices and higher frequencies over the deep low-end bass that the HomePod was so good at. It’s no pushover in terms of sound quality – tunes are rich and punchy even at higher volumes, with a good amount of balance all round. Again, it’s no HomePod, but the mini gets plenty loud for its size and should work well for mid-sized rooms. Compare it to the similarly priced Echo and it will come down to what you prefer – the Echo’s larger size and thus, deeper bass or the mini’s ability to keep mids and voices more natural. 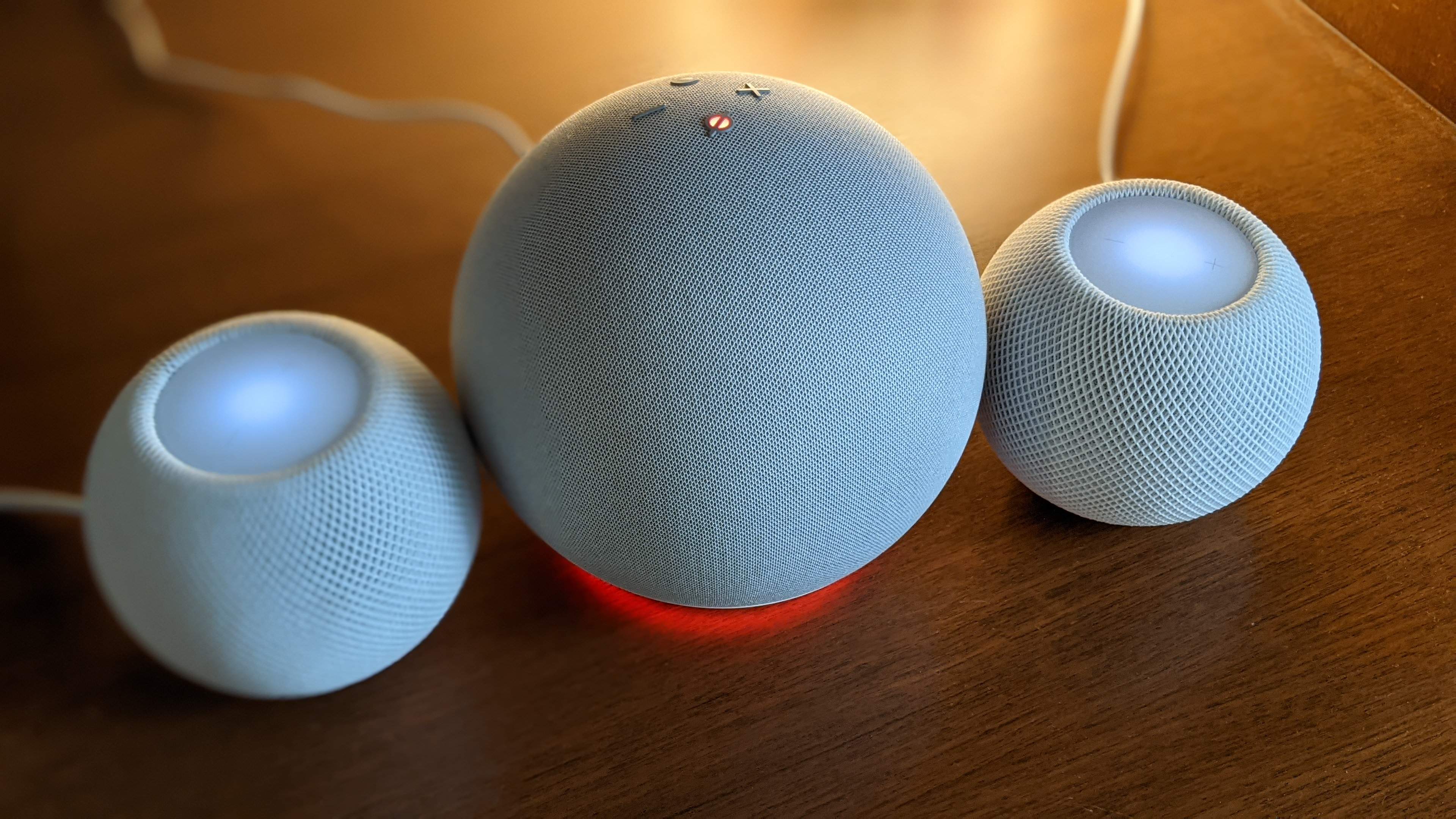 How’s it fare on smarts, though? Siri’s seen some much-needed improvements with Indian accents and understanding local artist names, but it stops a bit short in terms of the kind of utility and compatibility with apps/services/hardware that one sees on the Amazon side of things. Sure, you can expect it to work really well with Apple’s app and services (like reading out your calendar or information about expected traffic on your commute), but the quality of Siri’s audio responses – particularly when it asks you to look at your iPhone instead of reading out an audio response – leaves a fair bit to be desired. What does work really well is the new Intercom feature, which allows you to make announcements to other HomePod speakers and other Apple devices in a super-seamless ‘Appley’ fashion as long as your family and rooms are all in on the Apple ecosystem. You can send voice notes via Intercom to iPhones, iPads, Apple Watches, AirPods to family members set up in the Home app. With its rich sound and strong iPhone integrations, the HomePod mini makes a strong play for the Apple-first household and delivers where it matters. If you’re in this niche, this is a no-brainer for the price.

Cons: no easy way to mute the mic, mids and treble bias, smarts are a bit behind the competition