Samsung Galaxy A72 review: How different is this from Galaxy A52?

“Same-same but different” is the perfect phrase to describe the relationship between the Samsung Galaxy A52 and the Galaxy A72. The A72 shares most of its traits with the marginally smaller A72, including the clean design and segment-first IP67 rating, so in case you missed it, head over to our A52 review first. How does the bigger sibling fare against the onslaught of competition in the space? Let’s dive in. 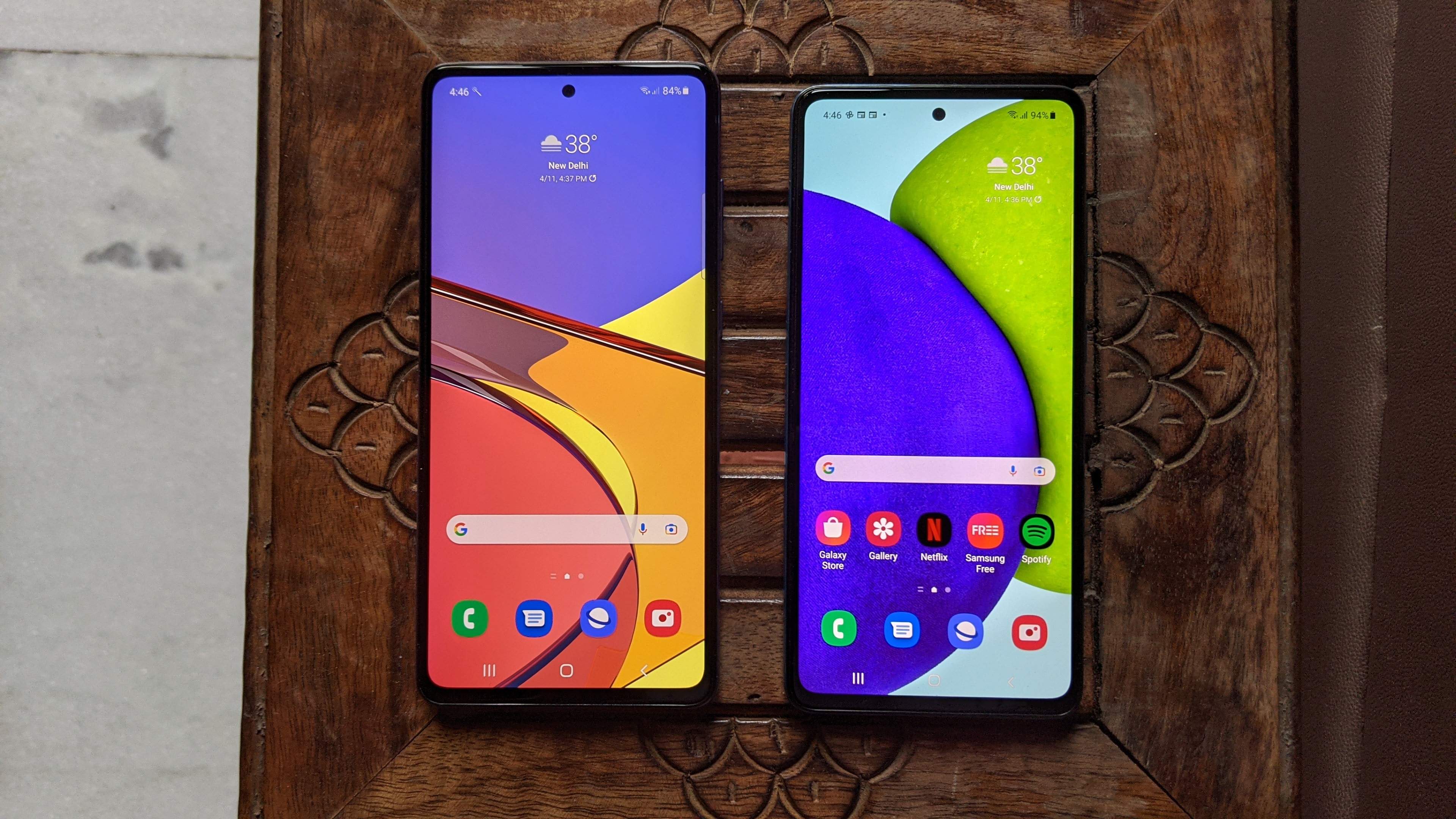 Unboxing the A72, the first thing to note is that, unlike the A52 which supports 25W charging speeds but ships with a 15W charger, the A72 has the 25W charger in the box. The phone itself is a dead ringer for the smaller A52, right from the eye catching Awesome Blue colorway to the clean curved edges of the camera bump that melt into the polycarbonate rear panel. Of course, the A72 is marginally bigger on account of the 6.7-inch display, but it retains the water/dust resistance, headphone jack, stereo speakers and expandable storage. Build quality is good, but the design could have done with some premium flourishes to sit better in this price segment. 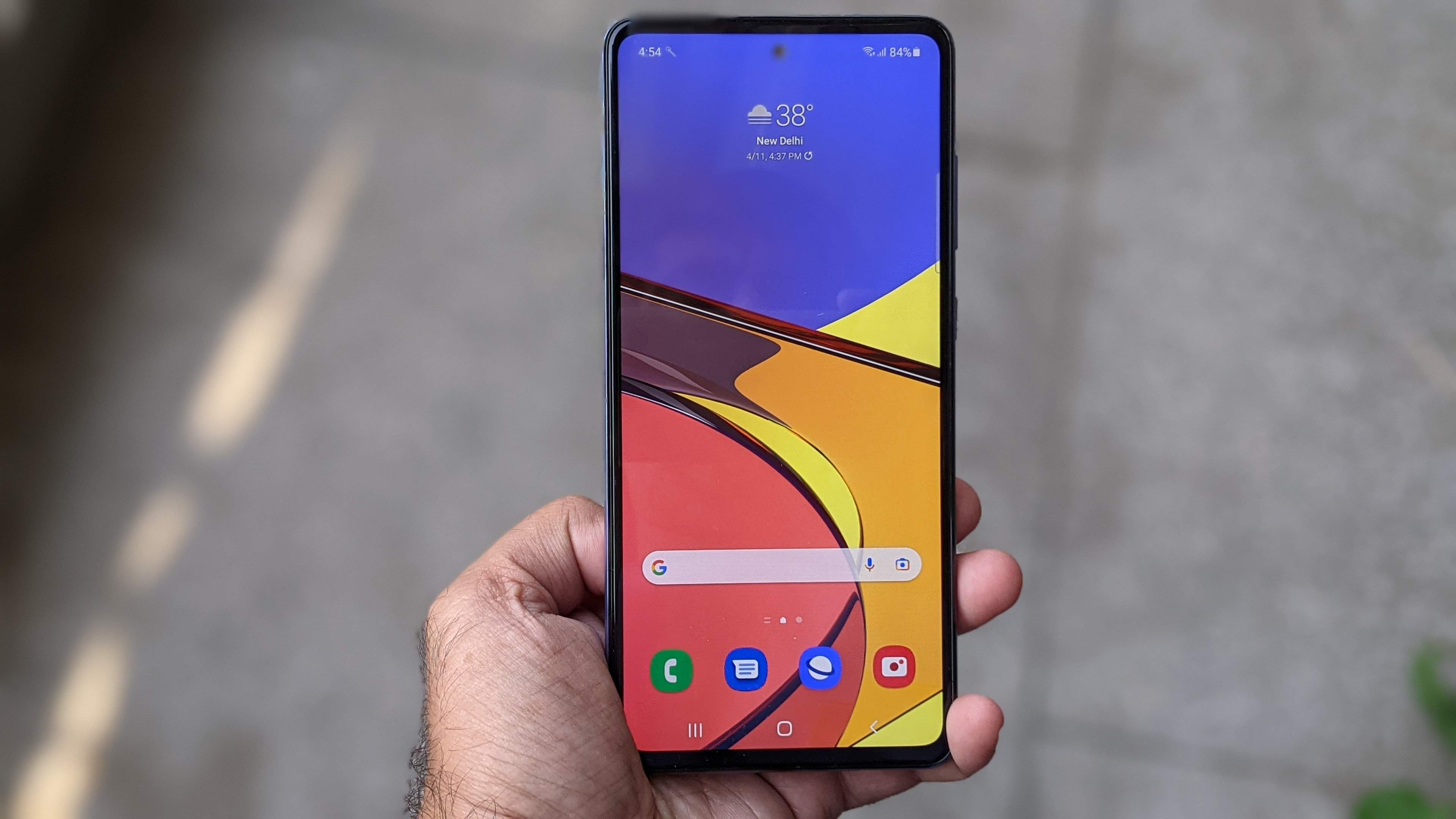 Samsung’s well-deserved reputation on smartphone displays continues with the 6.7-inch Full HD+ Super AMOLED panel on the A72, and much like the 6.5-inch display on the A27, the panel here offers a 90Hz refresh rate, 800 nits of peak brightness and Gorilla Glass 5 for protection. Bright, saturated, sharp – the A72 has all the qualities one came to appreciate in the A52’s screen, and the slightly bigger panel and the stereo speakers are great for media consumption. At the time of this review, HDR10+ and HLG for HDR content playback was supported on YouTube, although Netflix and Prime HDR support is in the works. You get an in-display fingerprint scanner for authentication, which performs consistently but is a bit sluggish as compared to other phones in the price segment. 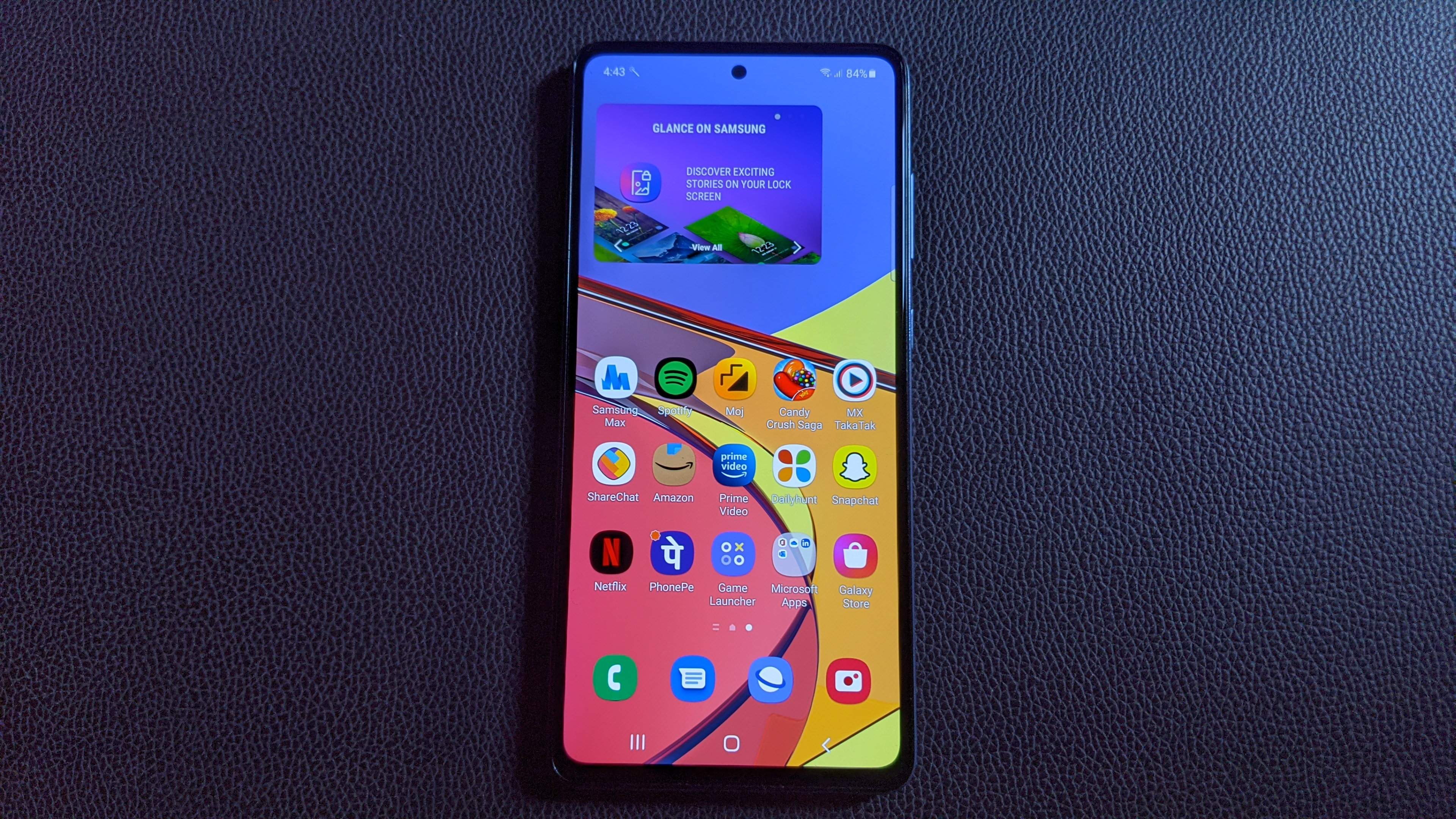 Now since the two phones are identical under the hood, the Snapdragon 720G that powers the A72 goes into extremely tricky territory given the higher price point at which it operates. Sure, it handles games and everyday activities (see the A52 review for more on the performance), but it’s extremely hard to justify spending this much on a 720G-powered phones when you have Snapdragon 870-powered phones at lower price points. We’ll have to slot this down for the Samsung fans, I suppose. You do get One UI 3.1, with a promised three platform updates (till at least Android 14) and four years of security updates, although the pre-installed app bloatware that I found on the A52 (and handily dispatched to the trash) makes an appearance on the A72 as well. The 5,000mAh battery is good for a day’s worth of use and can be charged quickly thanks to the 25W charging support. 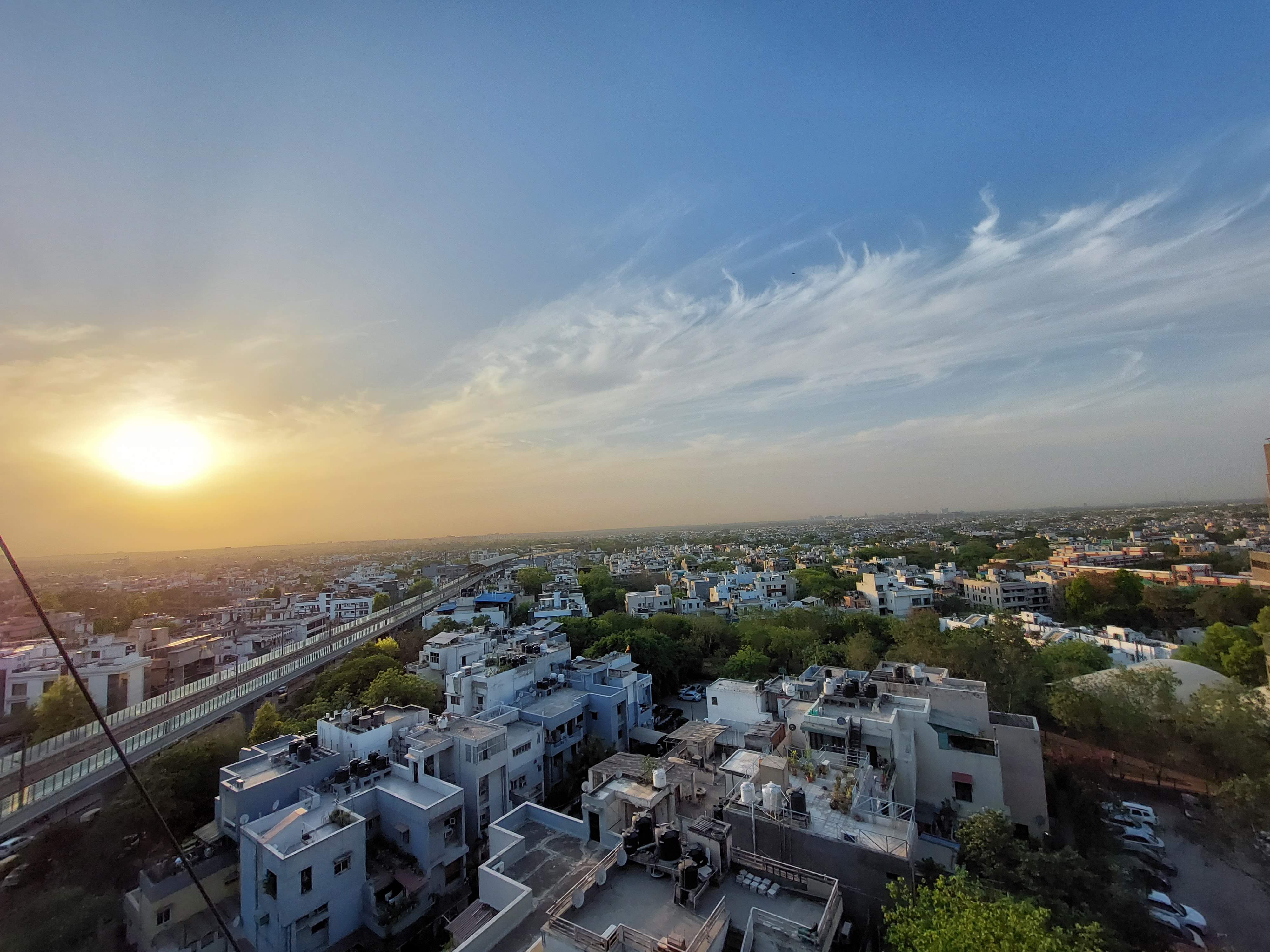 Likely the most significant differentiator from the A52 is the 8MP telephoto sensor (3X optical, 10X digital) that replaces the 5MP depth sensor (a swap I would take pretty much any day of the week). Images taken from the main 64MP camera are reliable and consistent, with saturated colors and good dynamic range and impressive levels of detail in the shadows in brightly lit shots. Same story for the ultrawide, good colors and dynamic range. The telephoto shooter works really well in good light conditions, again with good details and image sharpness, although the color science varies a bit, with the telephoto turning out colder images than the main sensor. Zoom levels beyond the 3X optical are still usable till about 20X. Low light images on the primary sensor are good, even without the dedicated Night mode, and the telephoto holds up pretty well too. Video’s much like the A52, and you get 4K recording with every camera. 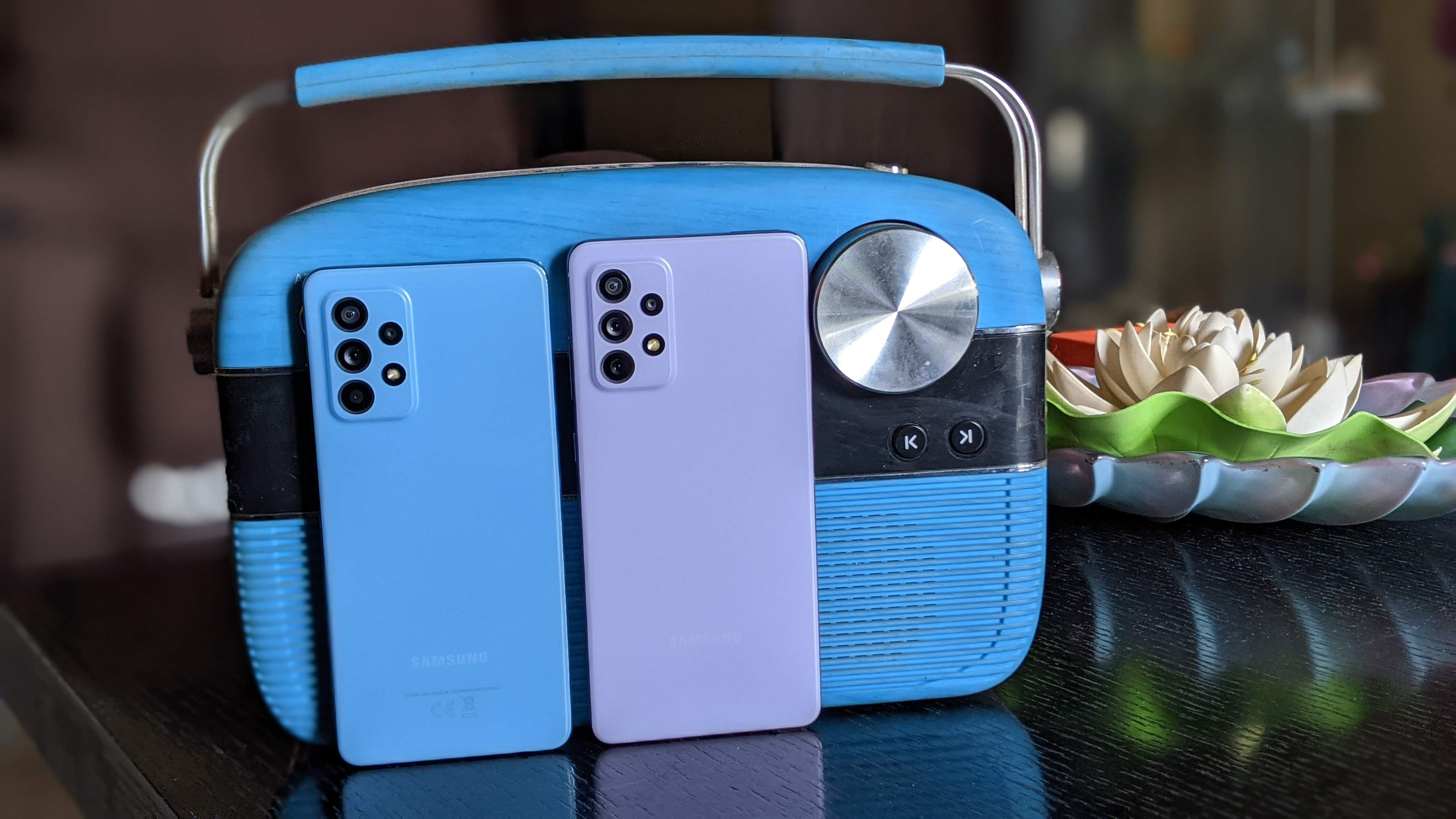 With the A52 covering most of the bases, and competition like the original Nord, the iQOO devices and more from Xiaomi and Realme, the A72 will find an uphill task convincing buyers to fork over this kind of cash. Don’t get me wrong – this is a good phone with an eye-catching design, ingress protection that competitors don’t like to talk about in this category, a gorgeous display and good cameras, plus the improved software update cycle we’ve seen from Samsung off late. It’s just that faster, better silicon is readily available in far cheaper phones, and you’re really going to want that zoom to prefer this over the far more sensible A52.