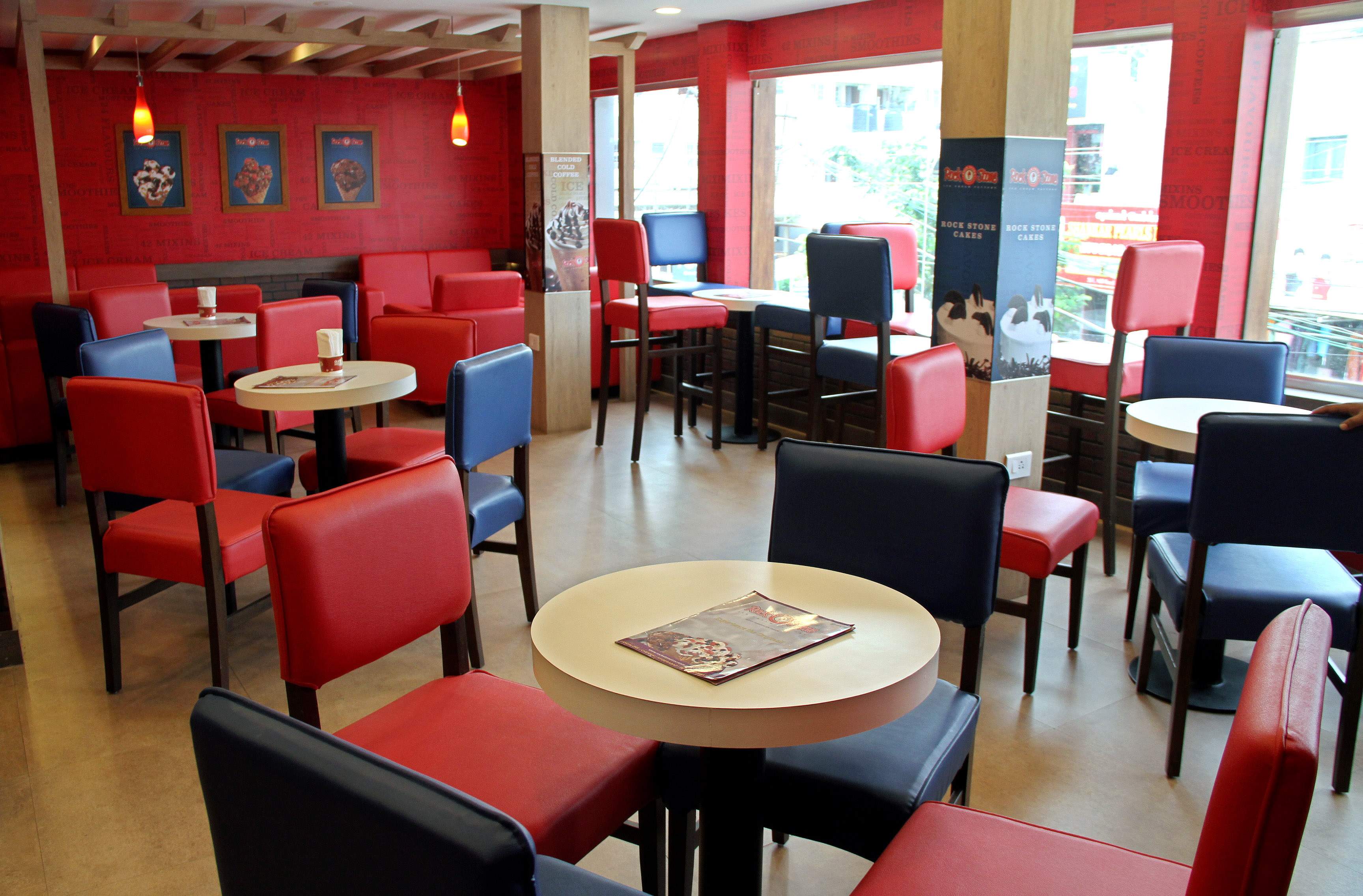 Rock Stone is not your average ice cream outlet. Here, you also get ice cream cakes that are 95 per cent sugar free. Launched earlier this year, this Kovai outlet offers its signature confections at a budget price.“We wanted to provide top quality ice cream in a good ambiance. That’s our aim,” says Sugendrean Va. , one of the directors. The almost full review book of the two month-old creamery and the picture album with the number of cakes sold so far reflects the store’s reputation. The extensive menu being the same everywhere, Rock Stone’s exclusive feature for Kovai is its customised ice cream cakes. “People send any random cake’s picture from the internet as the reference for their order but we never fail to create an exact replica of it. Five kilo cakes being the biggest, we deliver at least five cakes each day,” says Naveen Jose, the Manager.

From gummy bears to Ferrero Rocher and the wide choice of toppings and 42 different ice-cream combinations aside, what put the Kovaiites in awe are the live ice-cream counters and granite stone mixing. To watch the staff singing and juggling the ice-creams scoops as they come up with their 'creations' is another reason why Rock Stone stalls are taking up a permanent spot in most party venues  around here.