Variety, the spice of life: A profile of Chef Atul Kochhar

Gourmands agree that Chef Atul Kochhar is one of few people who can take credit for opening up British mindsets about Indian food being much more than just ‘curry house’ fare. While the likes of  Madhur Jaffrey and Anjum Anand brought traditional Indian food to the forefront, Atul’s approach is a synthesis of the best of both worlds — melding traditional cuisine and modern presentation. Added to that, the emphasis on fresh, local ingredients cannot be discounted. On the menu at his restaurant Benares, in Mayfair, London, you’ll find yourself choosing between creations such as Junglee Murg Bhatti Wala (guinea fowl tikka, sweet and sour smoked beetroot, micro herb salad) and Hiran Ke Pasande (new forest venison, sautéed kale and oyster mushrooms, biryani, chocolate curry) — familiar dishes with a refreshing twist.

In a career spanning about 24 years, Atul, who grew up in Jamshedpur, has cooked for Prince Charles, collaborated with chefs like Jamie Oliver, appeared in a host of television food shows and set up restaurants across the globe, from London to Dubai and Mumbai to Madrid, and even aboard luxury cruise liners. But nothing comes close to winning two Michelin stars for the restaurants Tamarind (2001), and Benares (2007). Next weekend, bon vivants in Bengaluru will get a sneak peek into three of his restaurants — Benares, Lima and NRI — at an exclusive pop-up at The Ritz-Carlton.

In an email exchange, Atul spoke with us about his approach towards food, culinary traditions he favours, and must-visit establishments around the world.

Your restaurants cover cuisines from Indian to Latin American. How do you manage to keep things authentic?
Authenticity isn’t always the right way to go about dishes. I do believe in using tried and tested recipes from their native countries, but I also think about how I can make them even more enjoyable by using better ingredients and products. For example, we use British-sourced lamb in recipes that may have originally used goat. Goat in the UK can be tough and difficult to work with. British lamb on the other hand, is succulent and juicy and raises the bar in terms of taste.

Tell us about your most memorable food experience.
Three Michelin-starred Chef David Muñoz has just opened his latest London outpost, StreetXO. This is definitely up there with the most memorable meals I have eaten. What are some of your biggest inspirations, when it comes to food?
I learn a lot when I travel. Some of my inspiration comes from looking backwards. In fact, one of my favourite dishes on my menu is Chana Gosht — lamb with Punjabi-style chickpea cassoulet, muska pao, kadhai subzian (veggies), which we are currently doing with lamb shank. The idea for the dish came to me during my travels around India.

In Kashmir, the old chef at the hotel where I used to work taught me that spices were not only for flavour, but have therapeutic properties too. I thought about the best possible way to enhance the dish.

My memories of growing up on Bengali food made me consider the most commonly used flavours: yoghurt, black cardamom and bay leaf. I wanted to use the shared flavours from places as far apart as Kashmir and Calcutta. I therefore added turnip, which is plentiful at this time of year. It also works incredibly well with lamb shank. Combining all these elements and flavours created a dish that is part-wisdom, part-science, and part-nostalgia – and incredibly popular!

Inspired by my visits to Kerala on the South-western shores of India, is another dish — Meen Moilley. This is another favourite of mine — basically a pan-seared sea bass with turmeric and coconut curry. The skin is cooked nice and crisp to add another layer of texture, then flipped over, and the soft white flesh is cooked on very gentle heat to ensure it stays moist and full of flavour. Before it starts to brown, I add butter and lemon, instead of oil, to create a foam for a more gentle style of cooking. The coconut milk in the curry sauce adds a rich sweet taste.

What are your most favoured cuisines?
I can’t get enough of South American cuisine. There is such a variety available between all countries and the flavours are incredible. In particular, I am a big fan of Argentine food, most notably that of Buenos Aires. The city has fast become a modern gastronomic melting pot with a flourishing mix of traditional food and influences from all over Asia and the Middle East. What are some of the biggest culinary trends at the moment?
Nutrition, sustainability and authenticity are the biggest trends for 2017. The way we source our food, the way we treat our environment and the way cut down on waste will be important factors. Having chocolate for breakfast is another trend. Studies have connected dark chocolate with cognitive function, which may mean that we will all see an increase in sweet treats and dessert menus.
Turmeric, at long last! This powerhouse spice is the number one rising star among food trends. Its significant anti-inflammatory properties, potential to decrease the risk of cancer and control diabetes and improve cognitive functioning are all key reasons behind the demand of this “golden spice” from the ginger family. Also, ‘Reduce, Reuse, Recycle’ — what we do with our food waste in the restaurant industry is a battle. We are creatively thinking of new ideas and ways to reduce the amount of waste we all produce. I have heard that companies are using the wasted pulp from fruit and veg and making them into edible chips — these innovative ideas are only going to get better.

What are your thoughts on theatricality in food and molecular gastronomy?
I believe that only the food should do the talking. I am not a fan of molecular gastronomy. There was a time when molecular gastronomy was the king, and everybody was looking at it with great awe. I don’t think we need to go there, because I do believe that we allow our food producers to pump enough chemicals into our food. As a chef, do I need to do that again? No, I don’t think so. I want to stay away from it. I don’t bring anything that I feel that is not part of my food. And that certainly is not part of my food.

Over the last few years, restaurateurs seem to be moving back to their roots. Your thoughts?
Believe it or not, the new technique is now the adoption of the old technique! We’re moving back to our roots of slow, organic food. Processes like fermentation are making a comeback. There’s a big emphasis on organic produce. What’s great for India is that unlike the rest of the world, we haven’t forgotten those traditions. While the Western world has done a full circle and is coming back, we’re still holding on to our old practices.

What are a few things you look for in a good plate of food?
It’s completely subjective to the individual. What I look for most is presentation, innovation, balance, flavour, taste, texture and where the ingredients are sourced from.

Which are your current favourite restaurants?
In Mumbai, Bade Miyaan and Swati are my favourites. They have been consistent for years. In Lahore, Whitechapel — the lamb chops are to die for. In London, The Modern Pantry — sugar-cured prawn omelette is the signature dish, and it’s faultless. Also in London, I love Street XO. Go for the tasting menu, with cocktails. You’ll roll out at the end of the night incredibly content.

Where does India stand in terms of opening up to new cuisines and experimentation? How have things changed over the years?
India is still developing in terms of experimentation. There are lots of things we need to do to push our regional cuisines and offerings. We have more self-confidence, which has come through in the last 10 years with restaurateurs like AD Singh (Olive Beach, SodaBottle-OpenerWala) and Riyaaz Amlani (Social, Smoke House Deli). This paved the way for people like me to come into the industry. I think we are getting there. We need to improve on a lot of things, the supply chain being one of the most important.

Your favourite childhood food memory?
The thing I adored the most was going on my own with my father or grandfather to the market — you wanted to prove you were a big boy who could carry the heavy bags. During the long, hot summer afternoons, my father would hang some mangoes in a jute bag down our well, and when our nap was over, he would give the fresh cold mangoes to us kids.

A sneak peek at the dishes that will be served at Chef Atul Kochhar’s special pop-ups.

Lima
Lima, the Latin American Lounge Bar by Chef Atul Kochhar in BKC Mumbai has a menu based on the trending Peruvian cuisine, and is an uber chic tapas bar. Michelin-star quality meets Mexican, Brazilian and Peruvian food accents. Expect a refreshing Sea bass ceviche, Quinoa and mint salad, Chichamorada granita made from purple corn (quite popular in Peru), but allow the show stopper, Black cod miso, to do most of the talking. NRI
NRI has global influences from the Indian diaspora across the world. The menu on April 8 will have Mamak rojak salad, the favourite fruit salad of Indian migrants in Malaysia, and Durban’s famous mutton bunny chow to name a few. To punctuate the courses, there will be Imli kokum jeera gola, a tangy sorbet made with tamarind. 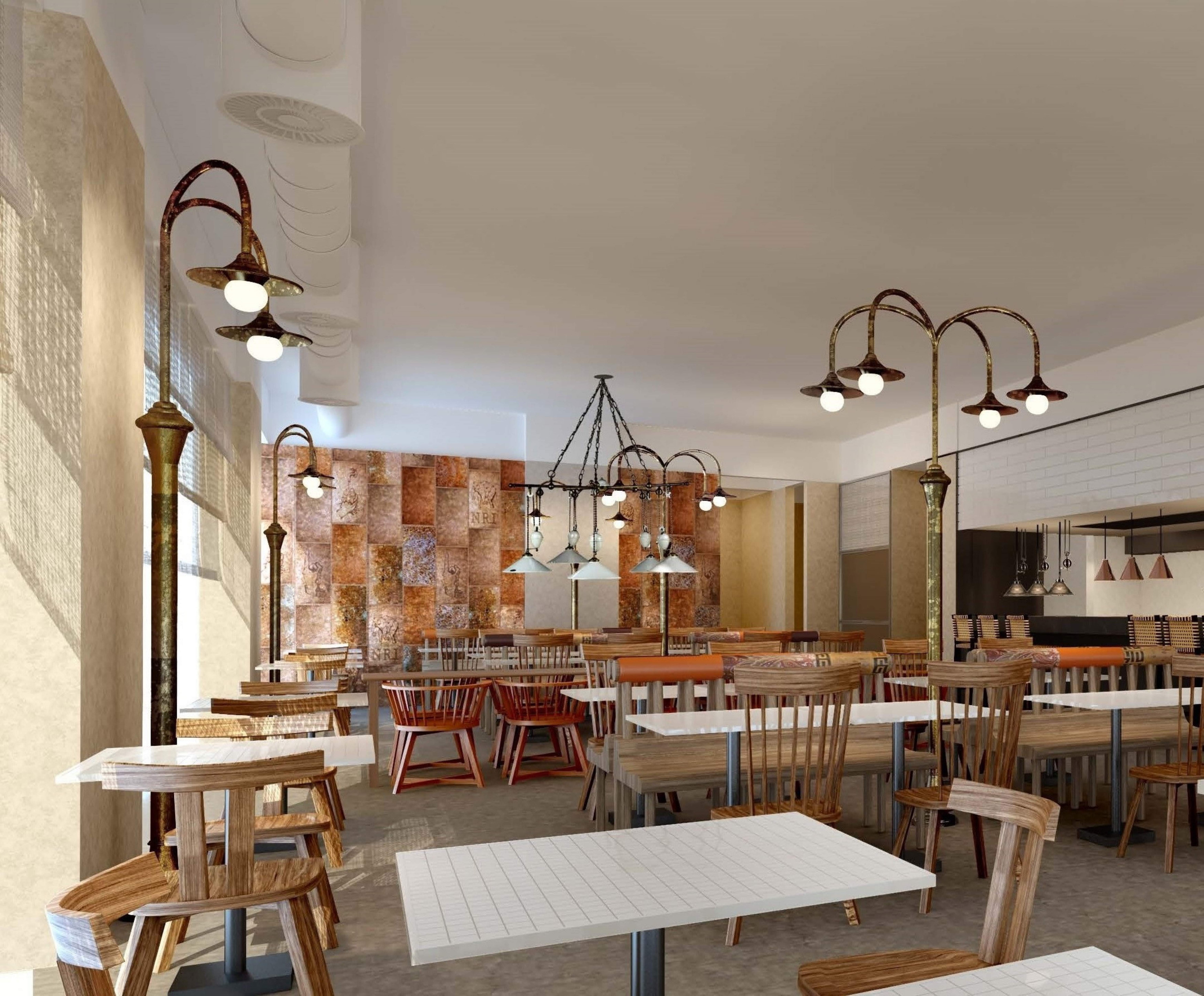 Benares
Benares delivers acclaimed modern Indian cuisine as chic as its location in central Mayfair in London. Putting progressive Indian cuisine on the map, the outstanding menu on the 9th will be the pièce de résistance, taking diners to a sublime high with dishes such as Pan-seared scallop with jhal muri, grape and ginger dressing, chargrilled Scottish salmon with coconut and curry leaf sauce, and the sweet master strokes — Rhubarb Bhapa Doi and Gulab Jamun Brulée. This gala evening will be the befitting finale to the three-day Atul Kochhar experiential.