Ever tried Gulkand in a bottle?

Another milkshake player has set foot in Chennai right in time for summer.  With milkshakes in desi flavours and ice-cream jars, Frozen Bottle wants to be a go-to dessert destination. And true to their name, they chill the glass bottles first, then fill them up with creamy concoctions.

On the day Frozen Bottle opened their kiosk in one of Alwarpet’s junctions, it was a busy spectacle. The Bengaluru-based brand was set up in May last year by a group of friends: Arun Suvarna (42), Srihari (27), Pranshul Yadav (31) and Chaitanya V Cotha (32). And in just 10 months, they have opened 30 outlets across India, according to Srihari. In Chennai, they have opened two more outlets in Anna Nagar and OMR.

Desi flavours
Unlike Keventers which serves 500 ml bottles, Frozen Bottle shelves 300 ml milkshakes. And their shakes are comparatively light on the pocket too, starting from Rs 169. Three popular flavours — Chocolate Hazelnut, Ferrero Rocher and Belgian Chocolate — are sold in bigger half-litre bottles.
We try out one of their desi flavours first: Banana Gulkand. It’s creamy; we can feel the creaminess on the roof of our mouths, the rose flavour is refreshing and lingers for a long time. The shake is of the right consistency and temperature. There’s no crushed ice. And for a person with a sensitive throat, this is a godsend. That’s when we grasp the purpose of chilling the bottles first, which the brand says also helps maintain the consistency of the shakes. Chocolate, ghee & almonds
Speaking of consistency, we notice that their shakes are not too thick. And Srihari adds: “Yes, I don’t want my milkshakes to be thick, we concentrate on its creaminess… for that, we use a brand of ice cream that’s a seven-time award winner.” The brand buys its raw material on a pan-India basis for uniformity and their syrups too come from a single Malaysian brand. “We chose the brand because it has 70 per cent fruit.”

The stores also look the same across India. We notice the pretty bottle-shaped lights against a chocolate brown background. The co-founder proudly says that they did not hire an interior designer. “Every décor idea is from Pinterest,” Srihari beams. Their Popcorn Shake is a must-try. Their Nutty Chocolate shake is a bit too sweet but it is  their ice-cream jar version that is a winner. With layers of chocolate ice cream, cake and chunks of ghee-roasted almonds, it is decadence in a bottle. 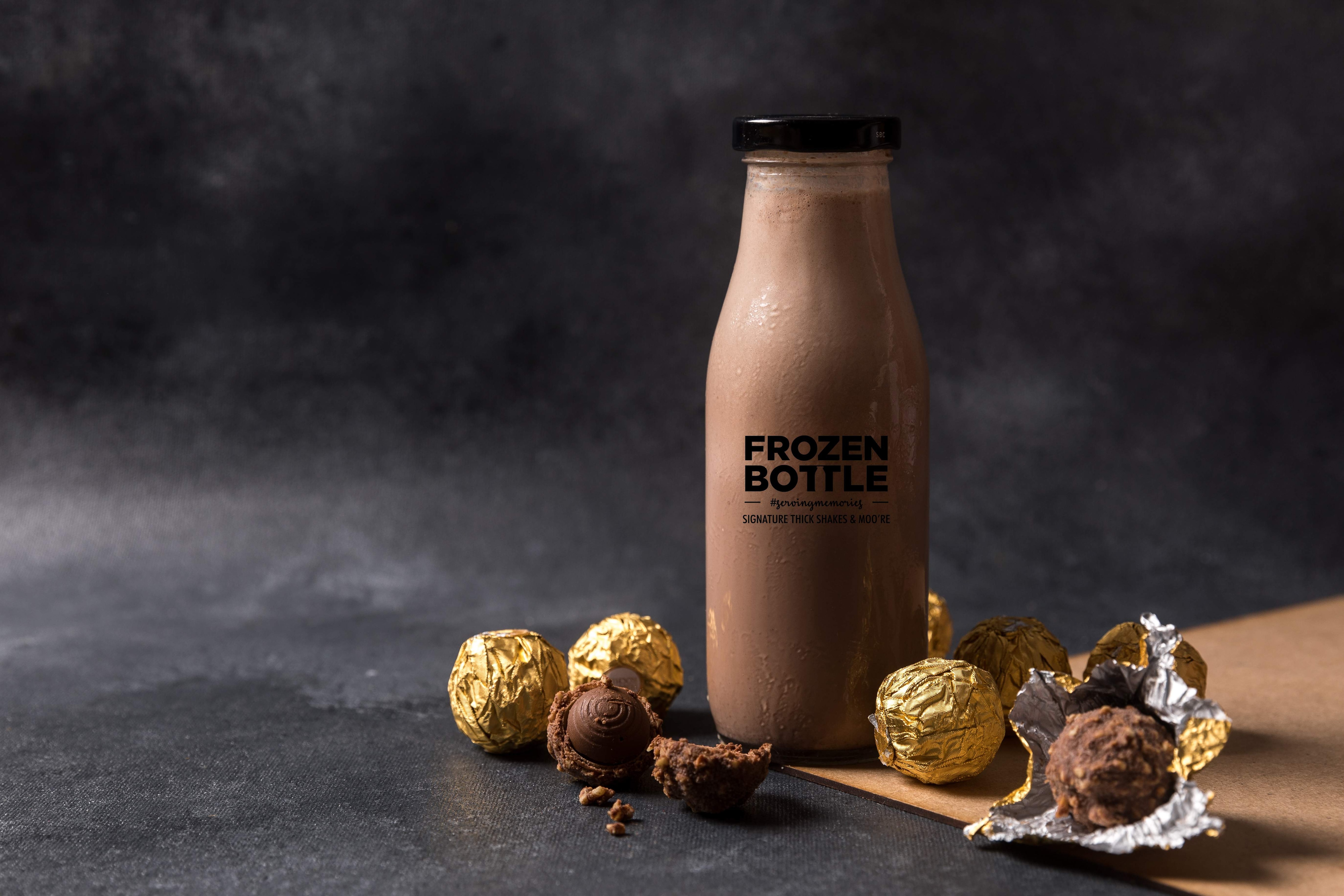 The brand hopes to introduce vegan shakes too, but the 27-year-old says that they will focus on being a “cheat-partner” for customers. Soon, you can munch on waffles on sticks as well. As for those worried about a lack of parking space, we’re told milkshakes will be brought to your car during peak hours of the evening.