If you’re wondering what’s going on in the rooftop area where The Humming Tree used to be before they moved, we have the answer. Over the weekend, in a very low key way, the space saw the launch of a new diner called BabaYaga’s. The name, an evil Slavic folk tale character, took us back right to our childhood, and pictures of the arcade games and “boozy” milkshakes compelled us to pay them a visit as soon as possible.

As we entered, we were greeted with neon signs, pop-art posters, a marquee board, Tekken and Super Mario consoles. A grungey Arctic Monkeys song completed the vibe. We were most curious to try their Boozy Milkshakes served in tall American-style milkshake glasses. We ordered the BabaYaga Do, (cereal milk, whiskey and vanilla ice cream topped with crunchy corn flakes), the Pacman M&M (chocolate, whiskey and vanilla ice cream) and the Caramel Monk (salted caramel ice cream, Old Monk rum and caramel apple slices). The milkshakes get full marks for inno-vation and sure do go down easily. 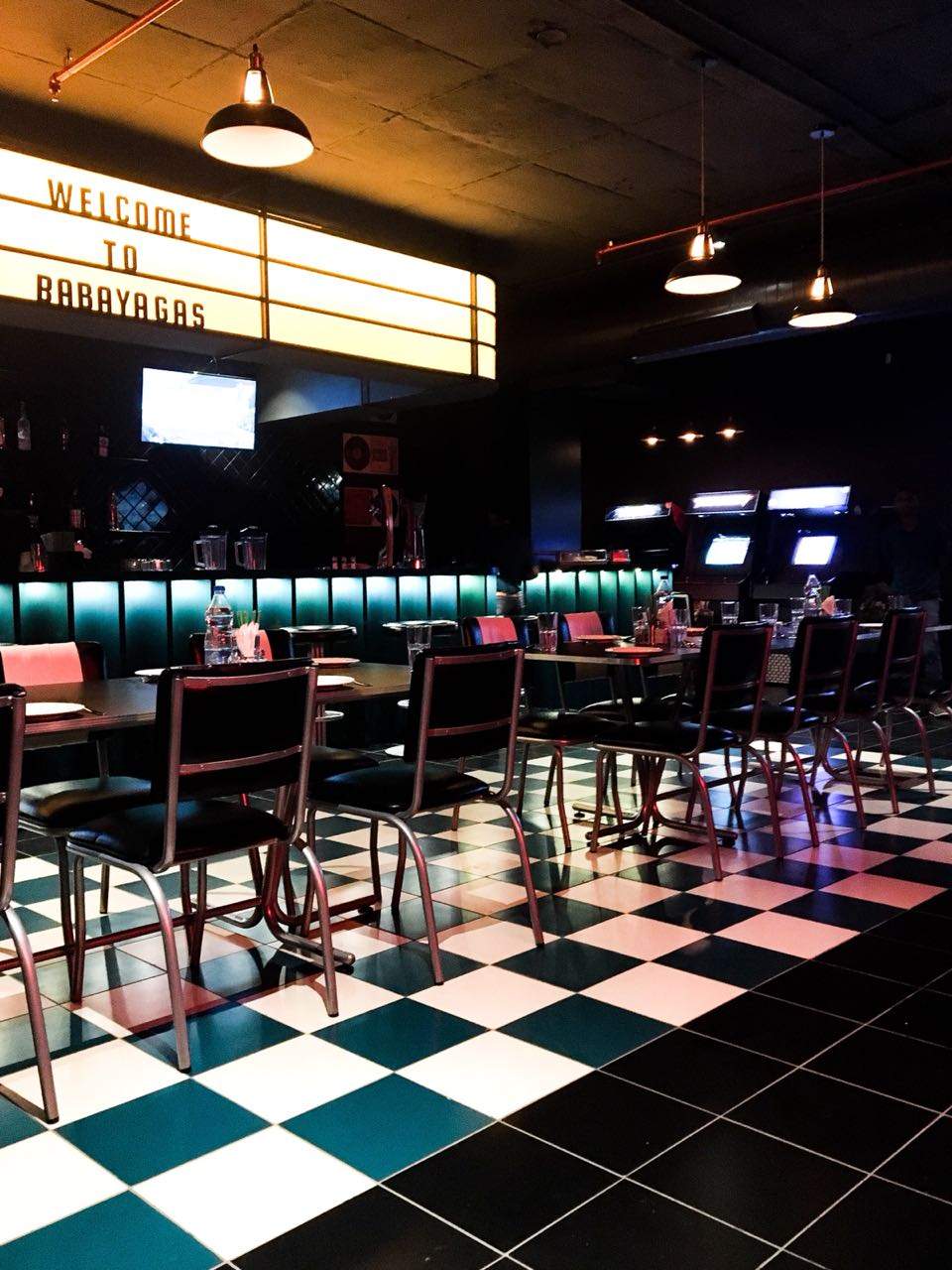 Although we were expecting a diner-themed menu, we were surprised to find that they offer a lot more variety with Italian, Indian and Mexican options. We started our meal with the Stuffed Onion Orbits from the Bar Snackaroos section. The cheese stuffing was gooey, but the rings could have been crispier. The next dish on the table was the Veggie Pot Pie. A delightfully flakey crust and a creamy filling made this one a favourite. But the clear winner was Ajji’s Andhra Chilli Beef. The meat was incredibly tender, and the curry leaf flavour made it moreish.

Since it is a diner, we couldn’t not order burgers. We opted for The Babe, a slow-cooked pulled pork burger with apple slaw. The pork and the apple made for a great combination. We also tried the Lord of the Rings burger. A good old beef burger but with onion rings atop the patty. Other dishes we had were their Eggplant Parmigiana and a Mexican rice bowl called The Wall — both well-made, but we suggest you stick to the American grub. 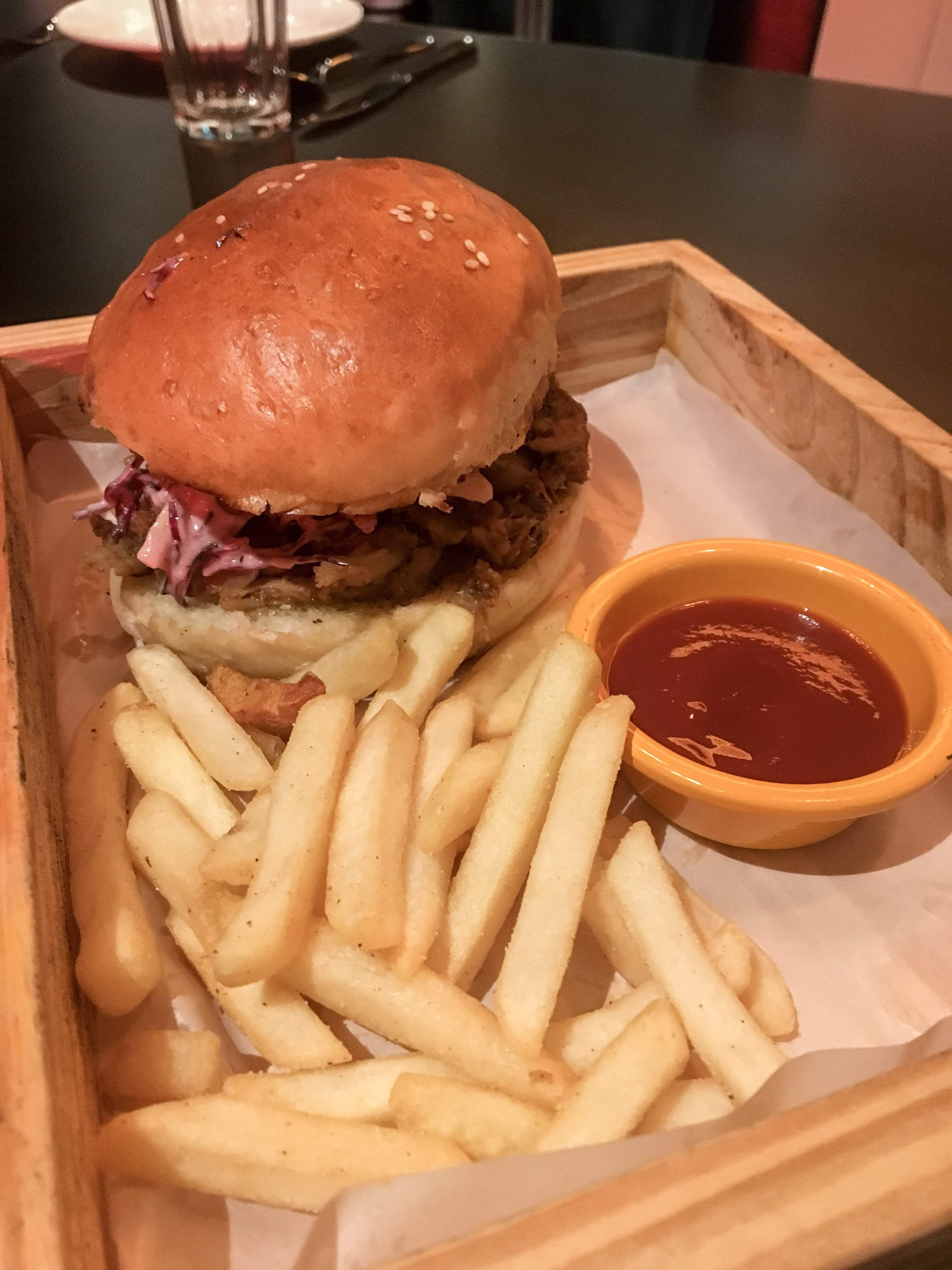 The dessert section has classic comfort options such as Sticky Toffee Pudding but we ordered the Marty Rice’s Chocolate Cake. Named after one of the chef’s aunts, this multi-layered dark chocolate cake was soft and scrumptious. The ambience and style won us over and we say it’s definitely worth a visit.