Why settle for ordinary jal jeera, when you can have Amaranth Bhel Puris and goat cheese Pav Bhajis at SodaBottleOpenerWala!

It’s not until Sous Chef Shashikanth Kalyani gives me a taste of virgin Sea buckthorn juice that I realise there had to be some innovation and thought that went into making it not just palatable, but downright delicious. What is otherwise a thick viscous, bitter medicine-like liquid is now part of SodaBottleOpenerWala (SBOW)’s Pani Puri in the ‘Bombay Chaat House’ curated menu this month. Soon enough, the chef shakes and stirs the orange drink extracted from the fruit of this berry, a deciduous shrub, to infuse it with jaggery and chaat masala. He mixes it with the regular green Jal Jeera and gives me the cocktail Pani Puri. It tastes divine, like something I’ve never tasted in my life. “Sea buckthorn water, for instance, is loaded with Omega 7 fatty acids that boost your metabolism, reduces hair loss and gives a natural glow to the skin. The Kashmiris are blessed with a flawless skin as they regularly consume these wonder berries from the Himalayas,” he explains. Considering chaat has been around for at least five decades now and has always been accused of being junk food that can mess your digestive system, this healthy chaat seems to be a good comeback for the humble snack series. 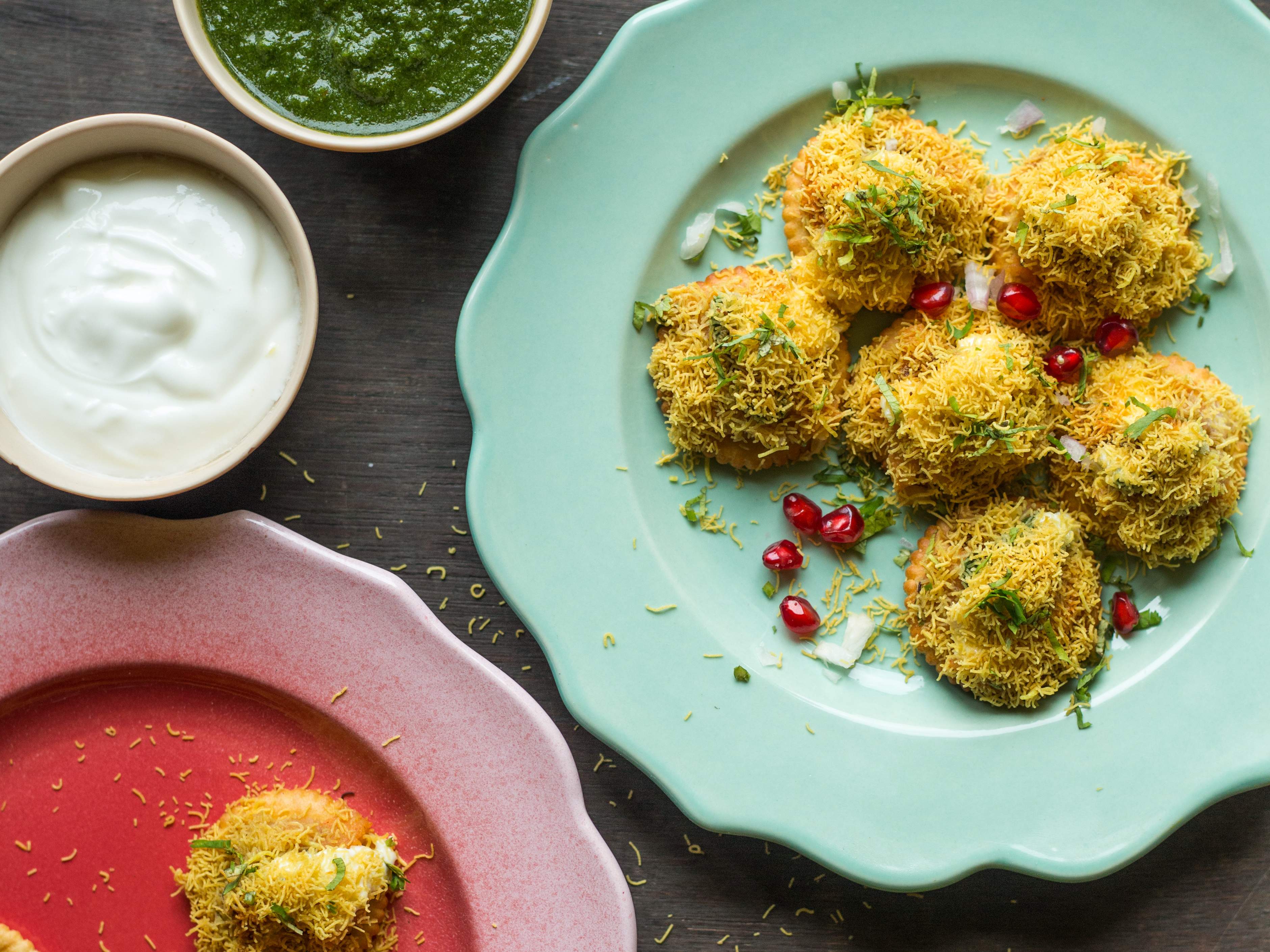 The Bombay Irani café in Film Nagar has lined up four more such innovations in its menu (priced from Rs.140 for Pani Puri to Rs.300 for Pav Bhaji). This fun vegetarian menu also comes with seasonal ingredients, says Shashikanth. Even those who wouldn’t trade their classic Aloo Pattice in their Ragda will fall in love with the one made of boiled raw banana. “In fact, until I tell them, many guests did not even recognise it was Raw Banana that I have used. This one has better nutrition and I decided to replace potato with it,” he adds. The chaat festival is happening pan India now (in Bengaluru, Mumbai) and the restaurant group sources its special ingredients from the farmer’s bazaar in Delhi and sends it to Hyderabad.

Just as we marvel at these twists comes the Pav Bhaji laden with Goat Cheese, giving the regular butter a skip. Does a simple butter replaced by a piece of cheese make much of a difference? Turns out it does. The cheese adds a new texture to the soft pav and it almost feels like the Pav Bhaji transformed into a continental dish. The Healthy Bhel also comes loaded with puffed Amaranth and Lotus Seed Bhel, cheeslings and Sev. The addition of sweet pomegranate seeds gave it a spicy-sweet flavour. The Sev Puri Cheese Puri, which had Monaco biscuits as the base, was the only one that did not seem to have had much innovation. But then, who doesn’t like some classics in a session of innovative flavours?