This home baker is whipping up healthy seed crackers, and they're yummy too!

At first glance, Prathima’s seed crackers look too healthy, and if you’re someone who loves your meat and cheese, then you’d probably stay away from this. But, we give into curiosity and take a bite out of these thin crackers. The flavour and aroma is so good that you it’s almost addictive. What’s best! It’s baked and packed with advantages that your body will thank you later for. While there are several healthy biscuits and cookies available in the market, these seed crackers are probably one of the first of its kind and are similar to flax seed crackers. 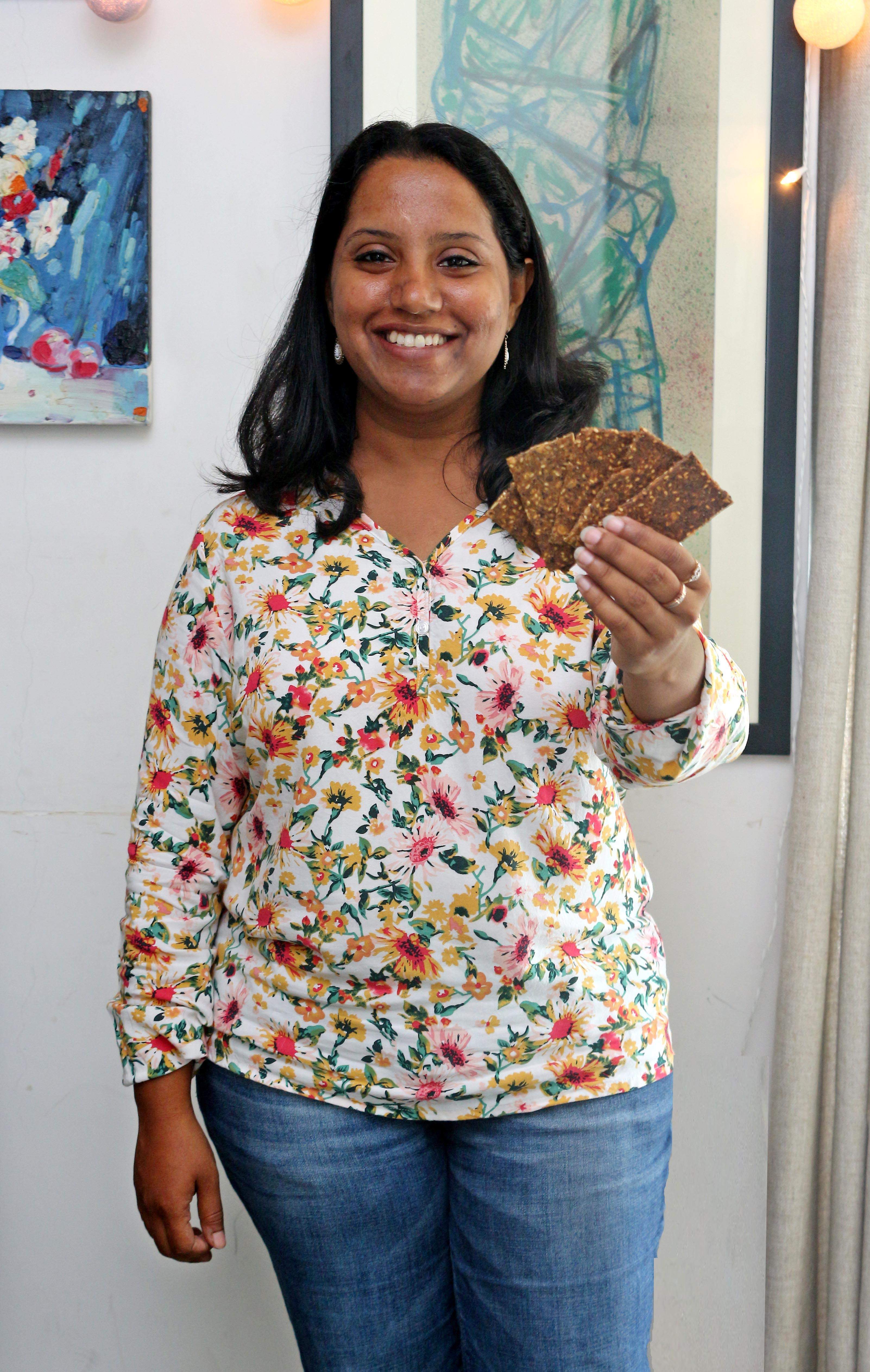 It was a YouTube recipe that her daughter found that lead Prathima, a home chef, to start Pratz Nutletz a couple of months back in June when she moved to India. Seed crackers and granola bars are Prathima’s forte, some of which she has tweaked the recipes too. “When I moved back from Dubai couple of months, I knew I wanted to do something. So this idea came about and I immediately started experimenting, mixing seed variants and then doing various trials with the recipes,” says Prathima. The 34-year-old has three variants -a millets and walnut granola bar, the orange and millet bar, and the third one is a mix of everything. The seed crackers, on the other hand are very different snacks in the Indian market and they have a minimum of five varieties of seeds packed into one cracker. While the seeds themselves are quite plain, Prathima adds a dash of pepper, pizza seasoning or even za’atar (staying true to her Mediterranean experiences in Dubai) flavour to give it some kick. “It’s baked and a guilt-free snack,” she says with a smile. The 34-year old was recently seen at the Ministry of Home Chefs event where she prepared around 100 bars from each variant and 200-250 seed crackers.