American prizefighter Nate Diaz is no walkover. Back in 2016, he pushed one of the most decorated MMA athletes, Conor McGregor, into submission. However, earlier this week, Nate almost flatlined 15 minutes into the most anticipated MMA fight of the year: the 500th Ultimate Fighting Championship event. Everyone who’s anyone—from the current president of the United States, Donald Trump, to The People’s Champion, Dwayne ‘The Rock’ Johnson watched him get clobbered.

He was facing Cuban-American welterweight fighter, Jorge Masvidal in the octagon. “He’s a strategic fighter, who has been around forever,” claimed Nate, about his opponent before the first round began. “You don’t run that long and fight these fights because you’re some lucky guy, you know. So I’m expecting a hard fight, the best fighter I’ve ever fought.” In hindsight, considering he lost due to a third-round TKO (technical knockout), this turned out to be a massive understatement.

Hard knock life
Jorge is a legend in the combat sports circuit, as he holds the current UFC record for the fastest knockout victory. We aren’t talking about the stat sheet he’s created with 35-13-0 since 2003. Earlier this year, he ended former Olympic wrestler Ben Askren’s undefeated streak within five seconds of the first round! All it took was a flying knee to the head. This level of brutality doesn’t come as a surprise to hardcore fans who know that Jorge made a name for himself by engaging in bare-knuckled street fights in Miami. Google “Kimbo Slice’s Backyard Brawl” and you’ll still find videos of Jorge’s gruesome unsanctioned fights.

“That’s what I’ve been doing for 16 years, just put that hard hat on and get to work,” explained Jorge, elaborating, “I don’t care what happens, injuries, opponents backing out, going to other countries last minute notice, not getting decisions to go my way, though I out-struck, out-grappled and kicked somebody’s a**. I’m going to keep doing this until I am at the very, very top.” Fact is, he doesn’t have much else to achieve in the welterweight division after winning the BMF or Baddest Mother F****r title last weekend. Big league
Nevertheless, this Gamebred fighter never really got his 15 minutes of fame as he’d never won UFC gold of any sort. After this notorious UFC win though, mainstream perception surrounding him seems to have changed. Before the fight, guest presenter Dwayne ‘The Rock’ Johnson admitted to not knowing who Jorge was. Post-UFC 244 The Rock posted on Instagram: “I’m always impressed with an individual’s discipline and commitment to succeed. But, I’m impressed more with how one handles their success and that level of intense pressure to be #1. Congrats @gamebredfighter for being that example, raising the bar and getting the job done.”

So, what’s next for this underdog—who was raised in poverty in Florida by his Peruvian mother while his Cuban dad spent two decades behind bars for manslaughter and drug trafficking. Will he take on uber-popular Irish fighter Conor McGregor, who’s slated to return to the cage early next year? McGregor has repeated many times over that he would take on the Masvidal-Diaz winner for a welterweight title bout in 2020. Besides a lot of to-and-fro trash talk, nothing’s certain yet. Jorge stated, “If they don’t stop me from fighting this year, I’m going to hurt a lot of feelings, and that’s all I’ve been doing man. I’m telling you, this year was big. Next year is going to be bigger.” 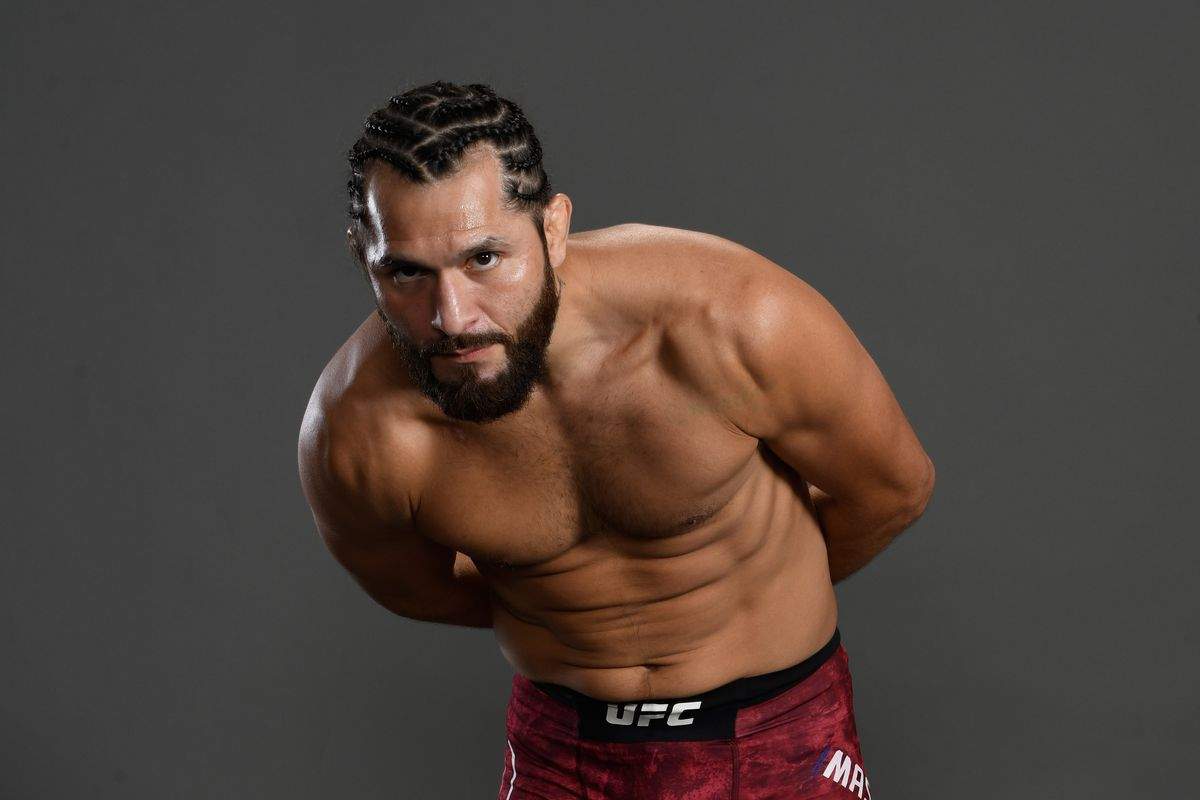 ***Box***
Pacino connect
Masvidal has an odd obsession with the fictional character of Tony Montana, the protagonist of Scarface. He claimed they share a lot of similarities. Familial criminal backgrounds, similar Cuban-American lineage, and of course, a South Florida-based household. It’s probably why his entrance music is the Brian De Palma film’s soundtrack and his pre-fight presser suit resembled Montana’s crisp white suit and a bright red dress shirt.