Comedian-television host Trevor Noah returns as the host of the Grammy Awards ceremony for the second time, after last year

The 64th Grammy Awards have officially kicked off! The awards ceremony is taking place in Las Vegas for the first time at the MGM Grand Garden Arena.

Comedian-television host Trevor Noah returns as the host for the second time, after last year.

Stay Human band leader Jon Batiste is currently leading the race with 11 nominations, followed by Justin Bieber, Doja Cat and H.E.R. with eight, and Billie Eilish and Olivia Rodrigo with seven. Meanwhile, Taylor Swift, Lil Nas X, Kanye West, and duo Lady Gaga and Tony Bennett have all been nominated for Album of the Year.

However, rapper Kanye West has reportedly been barred from performing at the Grammy Awards due to his “concerning online behaviour”. The rapper – who is up for five awards this year – has not been confirmed as a performer at the ceremony.

Meanwhile, Jungkook, the youngest member of BTS, had tested positive for COVID-19, but will still be available for BTS' scheduled performance.

Here are all the live updates from the ceremony: 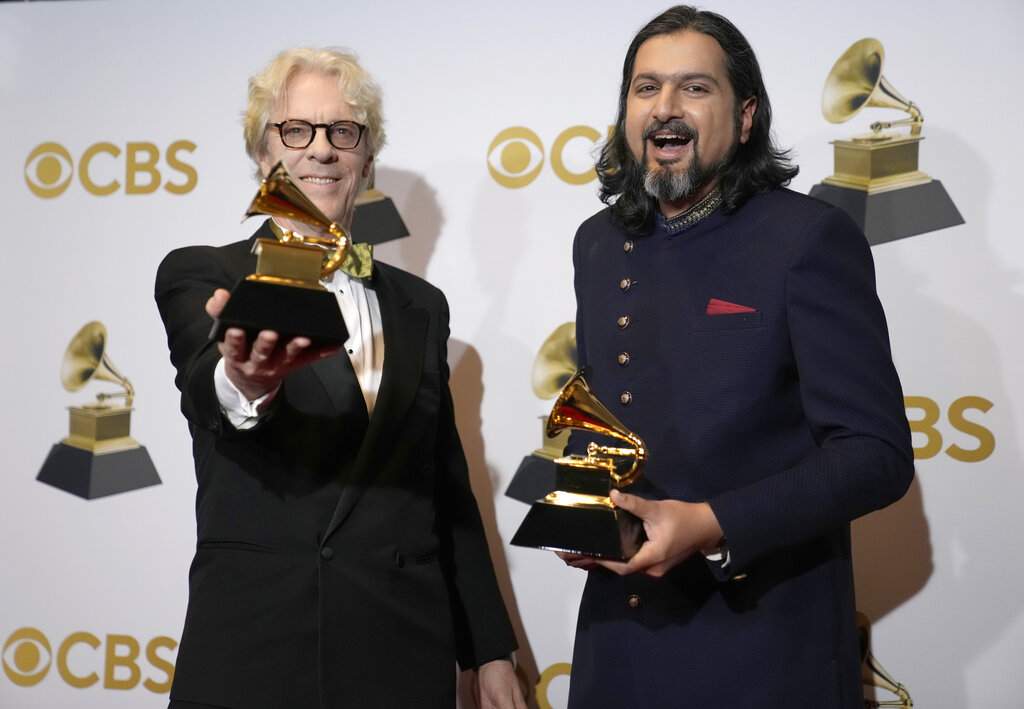 Silk Sonic bags Song of the Year too for Leave the Door Open!

American R&B duo Bruno Mars and Anderson Paak’s Silk Sonic bagged the Record of the Year award at the 64th Grammy Awards for Leave the Door Open. They also won the Song of The Year award. 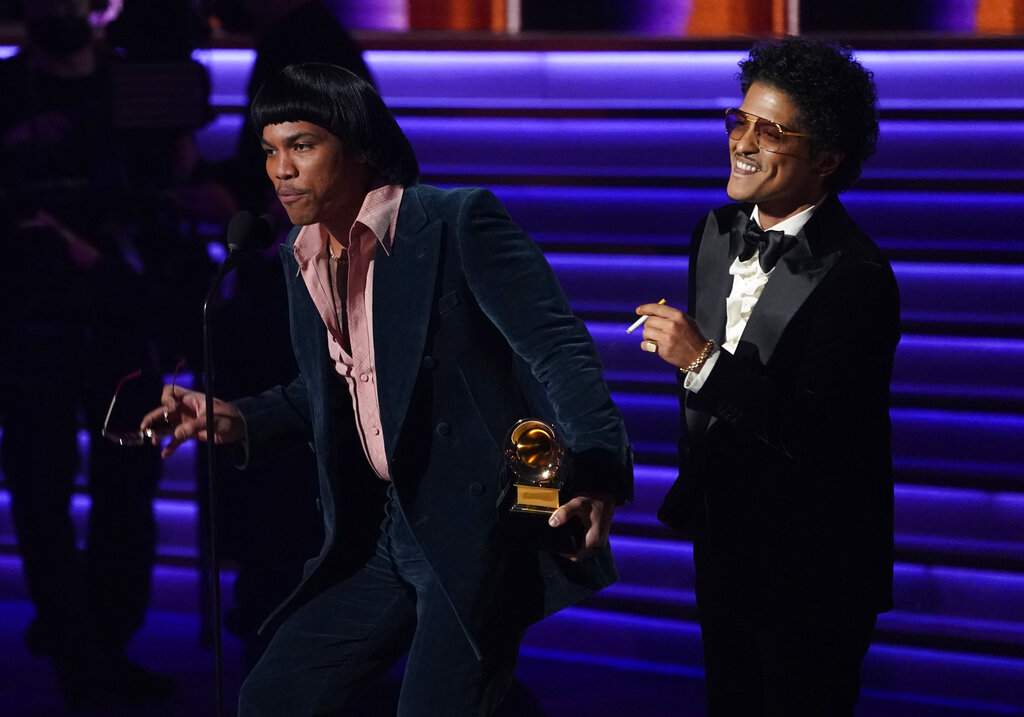 And now, for one of the most important awards of the evening... Who won Album of the Year?

Congratulations Album Of The Year Winner - ‘We Are’ @JonBatiste #GRAMMYs pic.twitter.com/UJPztlDWy9

For the next award, we have Doja Cat and Sza winning Best Pop Duo / Group Performance for 'Kiss Me More'!

Jon Batiste has gotten the whole audience moving to the beat with his power-packed performance!

.@JonBatiste has got the whole crowd moving. Are you watching the #GRAMMYs?

Iconic Broadway composer and lyricist Stephen Sondheim died on November 26 at age 91 and led the In Memoriam segment of the Grammy Awards.

The segment also opened with a tribute to Foo Fighters drummer Taylor Hawkins, who died last month at the age of 50. 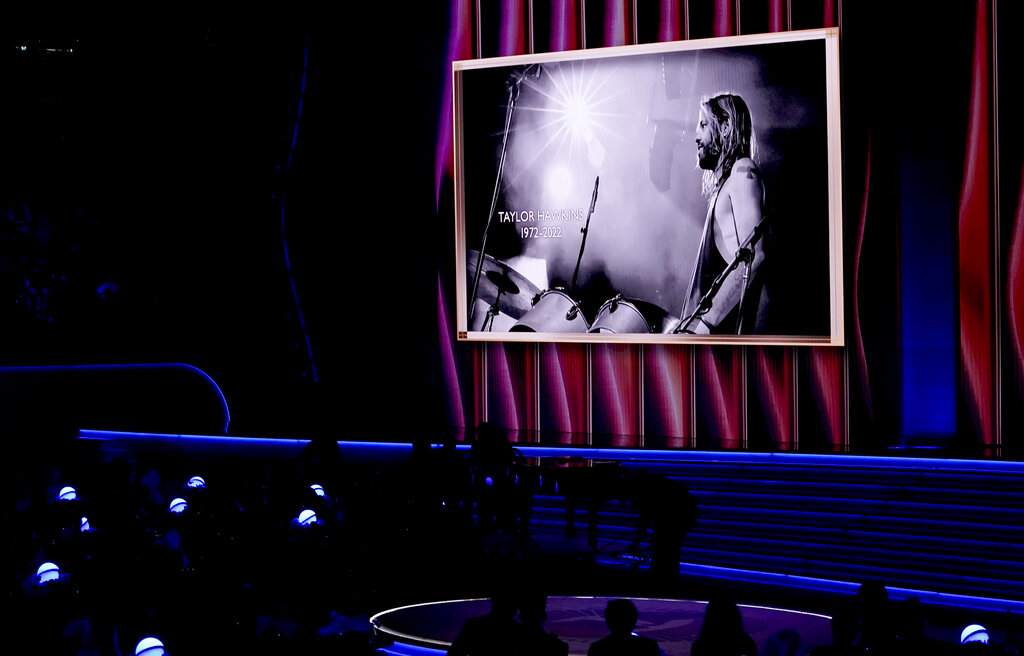 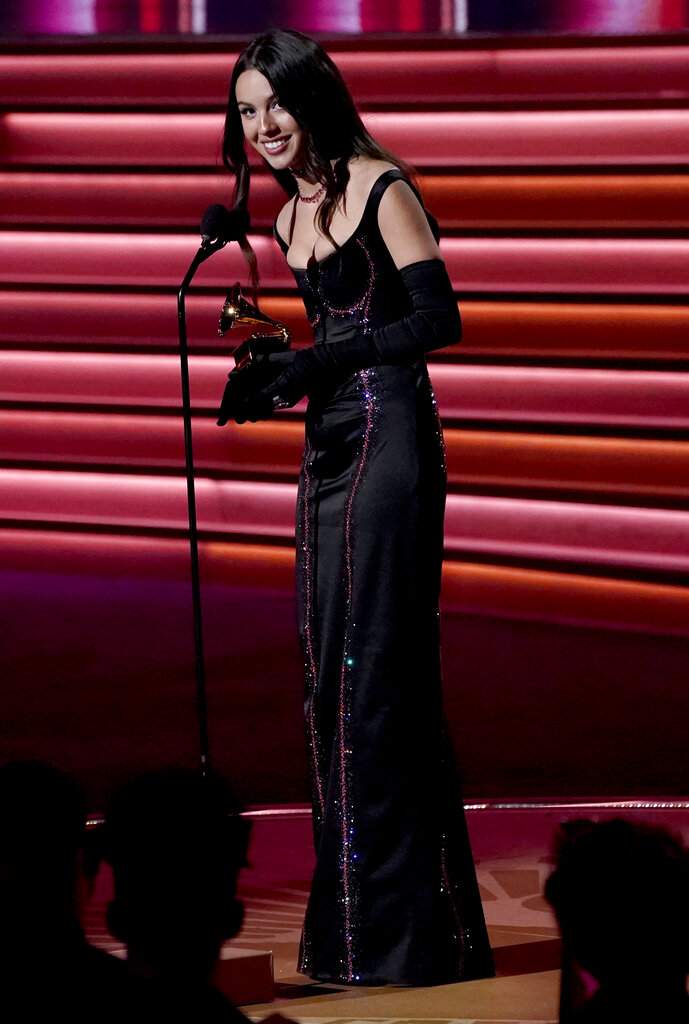 Jazmine Sullivan bags the award for the Best R&B Album

Lady Gaga in the house y'all! 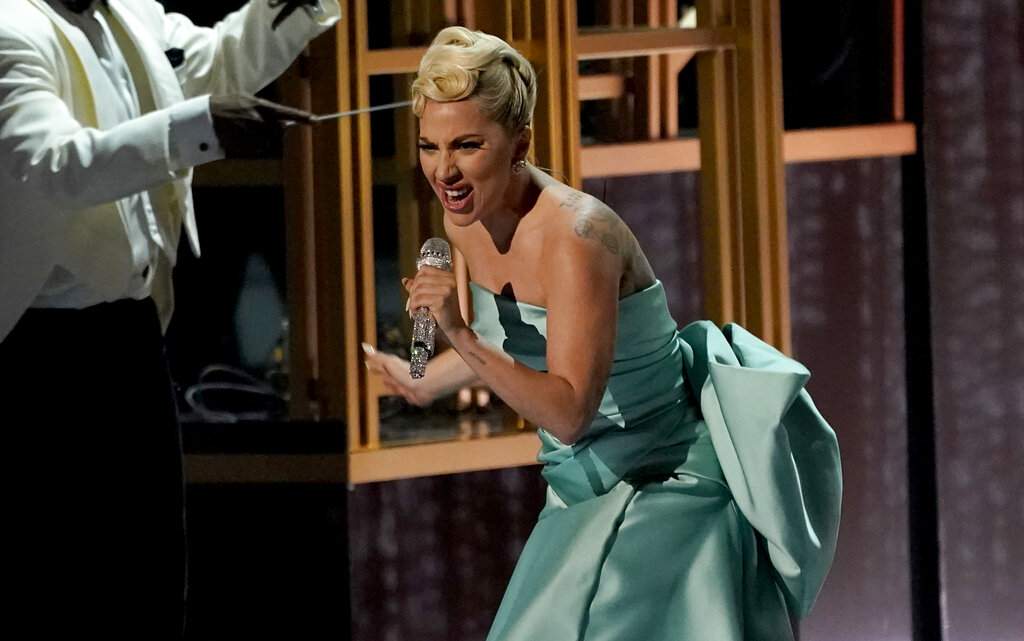 Our hearts and our stage hold a special place for the people of Ukraine. pic.twitter.com/CFV1bcR4hN 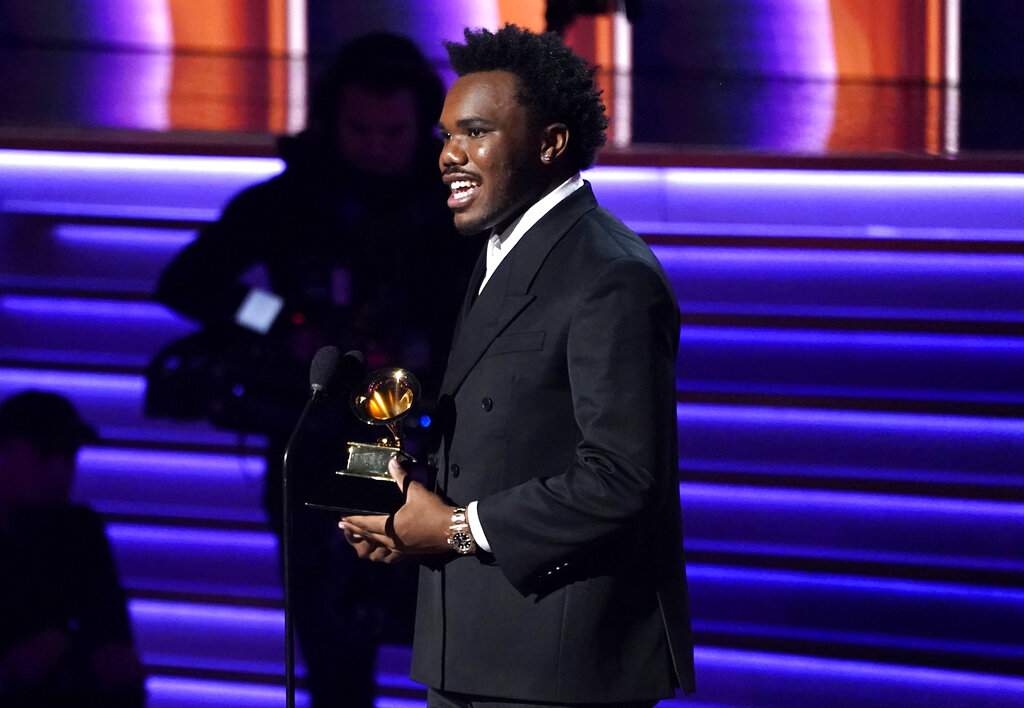 Rapper Nas is tearing up the Grammy stage with his performance 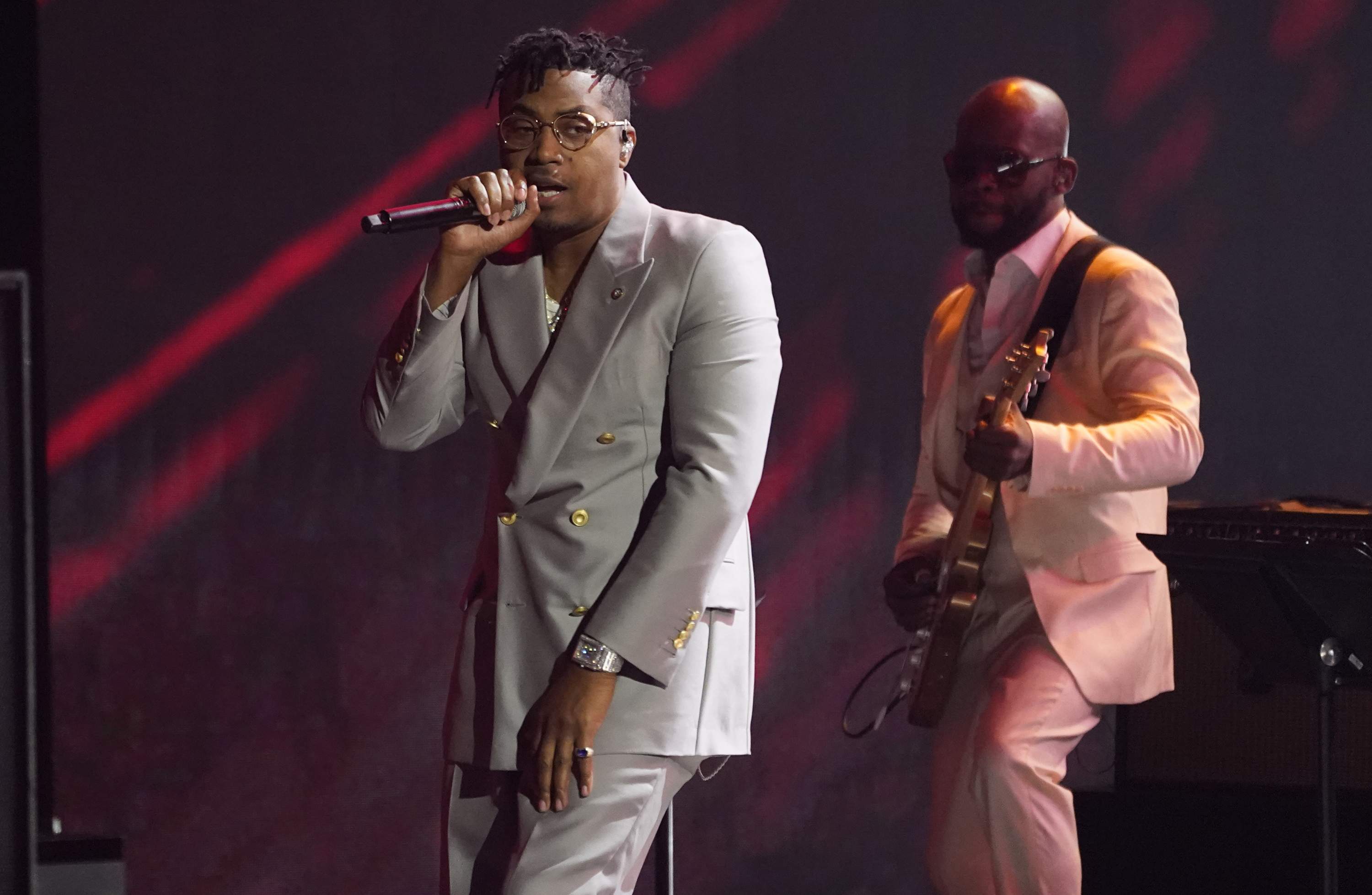 The award for the Best Country Album goes to...Chris Stapleton!

And the award for Best Country Album at the #GRAMMYs goes to… the one and only @ChrisStapleton! ???? pic.twitter.com/eDiIKMT9h2

Did you see this coming? We need more of Dua Lipa, Megan Thee Stallion and Donatella Versace onstage! The next performance we've all been waiting for: Billie Eilish performs Happier Than Ever with her brother Finneas 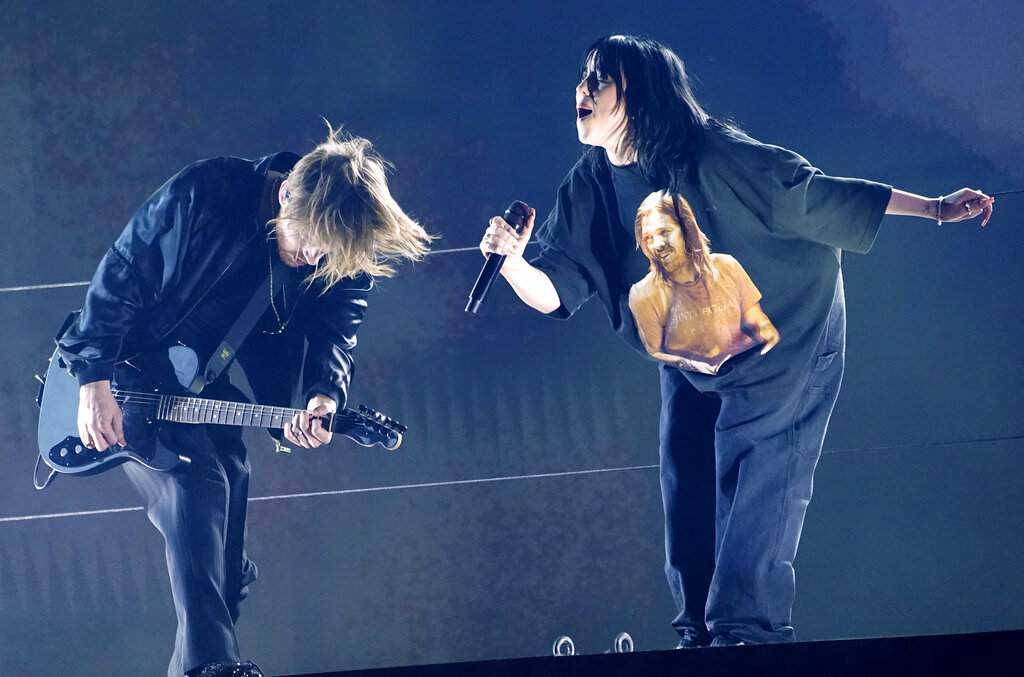 Jack Antonoff wins Producer Of The Year, Non-Classical at the 2022 Grammy's for his work with Lana Del Rey, Taylor Swift, St. Vincent and others We are HERE for absolutely everything @LilNasX is bringing to the #GRAMMYs stage, including his dance moves. pic.twitter.com/uzfuWqY15f

For the second announcement of the night, we have Jazmine Sullivan winning her first-ever Grammy for Best R&B Performance 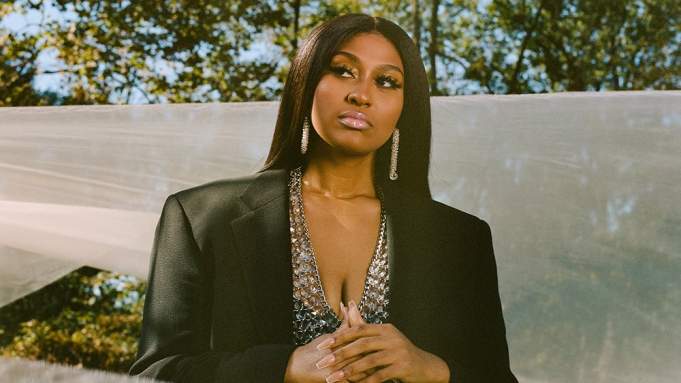 And here's the performance we've all been waiting for: BTS performs Butter at the Grammy Awards!

That @bts_bighit performance was smooth like BUTTER ???? #BTS #GRAMMYs pic.twitter.com/da6FIsC3G0

Now, for the first award of the night... Guess who won 'Song of the Year'?

Leave The Door Open by Silk Sonic (singer duo Anderson Paak and Bruno Mars) has bagged the Grammy for Song of the Year!

J Balvin and Maria Becca have set the stage on fire with their epic medley! Did you watch it? 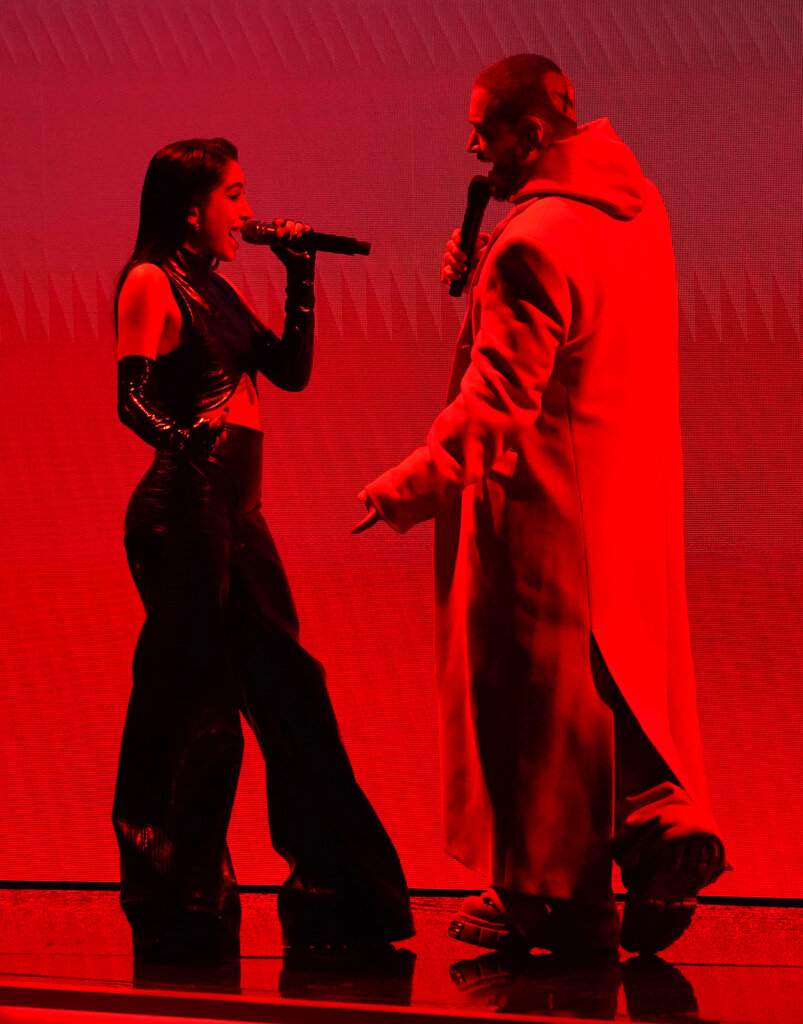 And our host for the show, Trevor Noah has arrived, looking dapper in his pale pink suit!

Trevoe Noah is returning to the Grammy's scene for the second time, after being the host last year too.

Your #GRAMMYs host has arrived! pic.twitter.com/PFNKn6xNLf

We have Olivia Rodrigo opening up the ceremony with her performance of Driver's License!

The singer has also won the 2022 Grammy Award for Best Pop Solo Performance for the track. It’s the singer-songwriter’s first-ever Grammy victory! The awards ceremony has officially kicked off, and we have BTS members looking absolutely swoon-worthy on the red carpet! 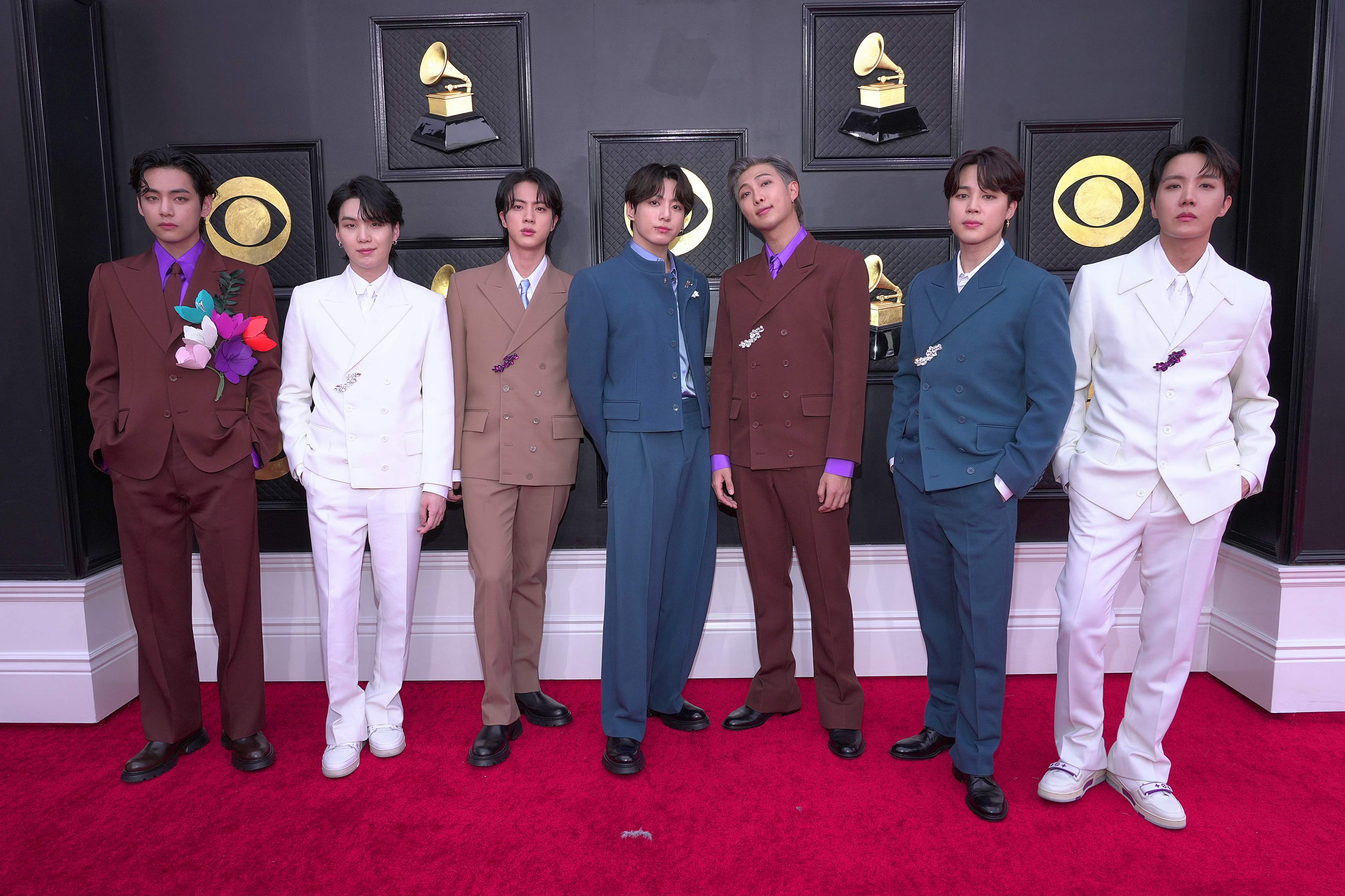