Heading Down Under for the winter? Here are 11 fun things to do in Sydney this season

Sydney’s reputation as a summer hot-spot is rightly deserved, but winter gives you the chance to experience another side of the Australian city. From the magic of Vivid Sydney to spotting humpback whales on their annual migration and checking out some of its secret underground bars, Sydney has many unique events and activities that make it a top destination for travellers during the cooler months. Here are some activities you can explore in Sydney.

Watch out for whales
Sydney’s coastline offers a unique vantage point to spot whales making their annual migration from the cold Southern ocean to the warmer Pacific for the breeding season. You can go on a whale watching tour, or grab a takeaway fish and chips and perch on a headland along the coastline (such as the Bondi-to-Bronte walk) and look out for them as they pass.

Ice skate at the beach
Think Bondi, think surfers but in Winter there’s a very different beachside activity happening. The Bondi Winter Magic Festival in June includes an ice rink at Bondi Pavilion. Where else in the world can you go ice skating just metres away from surfers?

Catch a flick or three
The Sydney Film Festival, from June 5-16, showcases the best films from around the world. Make the most of the offering, from family-friendly flicks to indie movies to award-winning films, with discounted Flexipasses of 10-30 tickets which can be shared between friends.

Mingle with the style set
Although MBFWA is predominantly a trade-only event, the Mercedes-Benz Fashion Week Weekend Edition on 17 - 18 May, gives the general public a chance to view the new season trends. Guests can take part in a series of Style Session Seminars hosted by fashion industry leaders and editors, enjoy a drink and bite to eat in the MBFWE Hub, and even grab a front-row seat at the Closing Night Showcase presented by chic streetwear label, P.E. Nation.

Sing along to your favourite score
If you love your musicals, Sydney is the place to be this winter. Coming off the spectacular season end of West Side Story as part of Handa Opera on the Harbour, Sydney is playing host to Charlie and the Chocolate Factory at the Capitol Theatre until June 23 then Chicago, starring Natalie Bassingthwaighte and Casey Donovan, from August 20. Two beloved movies, Saturday Night Fever and Muriel's Wedding have had stage adaptions and are playing at the Sydney Lyric Theatre, the first closes June 2 and the second starts June 28. 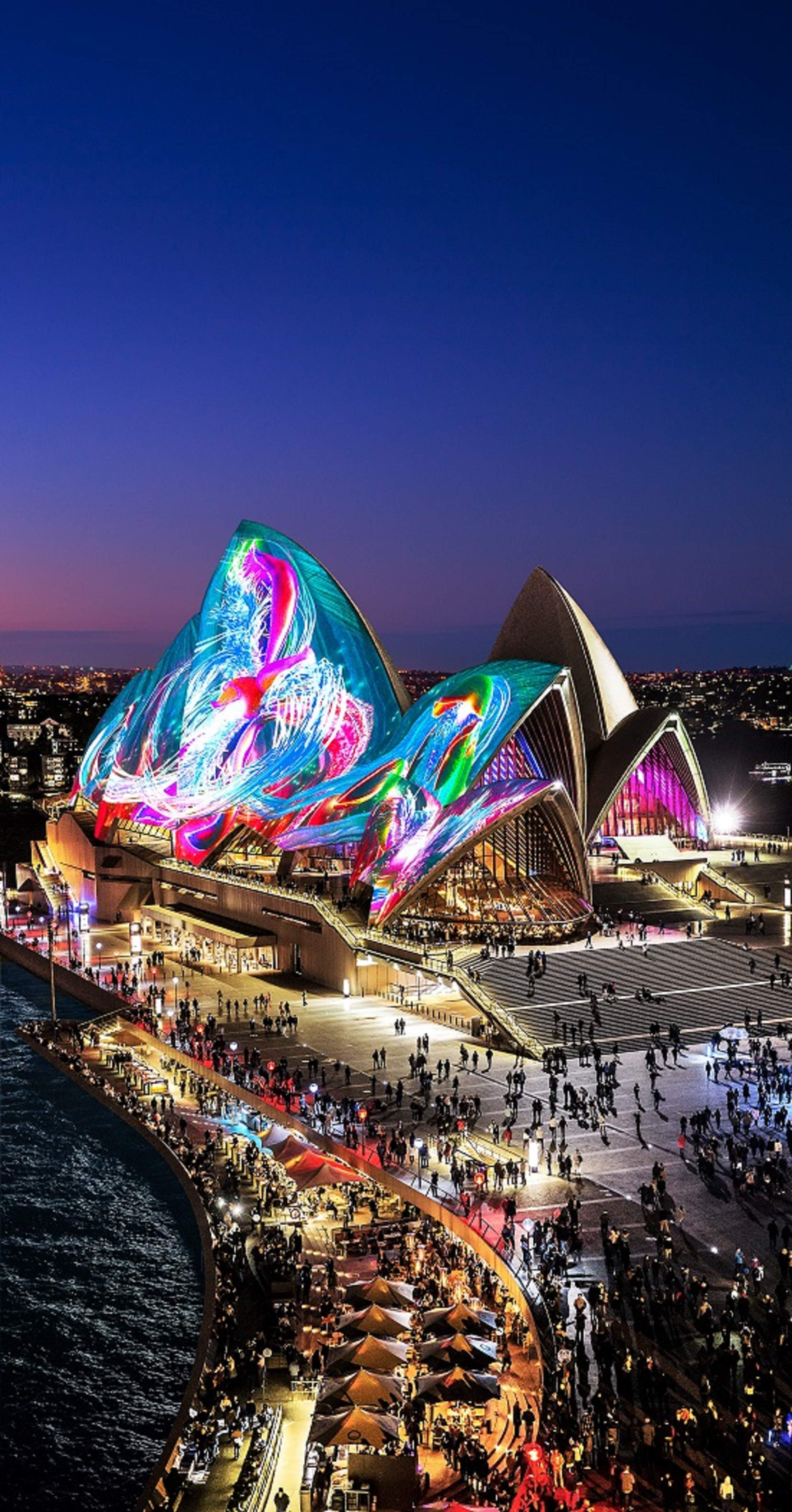 Turn up the lights
Have you even ‘done’ Sydney if you haven’t visited the city during Vivid Sydney? Now in its 11th year, this 23-day intersection of art, technology and commerce has become an unmissable event on the city’s cultural calendar. So much more than the famous Light Walk, which curates more than 50 radiant works into the largest gallery of its kind in the Southern Hemisphere, the festival’s program also includes three weeks of game-changing ideas and seminars along with amazing music throughout the city and surrounds. Highlights this year include everything from an audience with US director Spike Lee to The Cure at the Sydney Opera House, as well as Queens Ball, Sydney’s biggest queer op shop dress up spectacular.

Find out your Star Wars Identity
STAR WARS™ Identities is on until June 10 and showcases 200 original objects used in the making of the blockbuster Star Wars movies. Visitors can discover the force that shapes them by creating their own bespoke Star Wars character as they journey through the exhibition.

Be an Iceberg for a day
The iconic Bondi Icebergs pool at the south end of the beach can be seen on Instagram feeds the world over. But did you know how it gets its name? The Bondi Icebergs is a Winter swimming club that race on Sundays between May and September. No wetsuits allowed. So take a dip and see if you’ve got what it takes to join the club.

Warm up at a whisky den
Sydney is home to some seriously good bars that know their whisky, so what better way to warm up than with a dram or three. Underground whisky lairs include The Baxter Inn, The Doss House, Mjolner and Ramblin’ Rascal Tavern, you’ll find Irish whisky galore at The Wild Rover and for Japanese whisky try Tokyo Bird.

Cheer on the Swannies
AFL is a uniquely Australian sport and seeing the Sydney Swans in full flight at the SCG is something to behold. Even if you’re not big on sport, the electric atmosphere at the stadium will ensure you get into the spirit of the game.

Support the Blues
It's one of Australian sport's biggest rivalries and it's a chance to show your true colours. The State of Origin is a three-game grudge match that pits the best NSW players against the brightest that Queensland has to offer. We know it's not really a question of who will triumph, but getting behind the Blues is a question of state pride. The third, and usually most thrilling, the match is at ANZ Stadium, Sydney on July 10.