The undercut gamble: Can Ferrari out-think their rivals again?

“I just think it’s not fair,” said Charles Leclerc on the car-to-pit-radio sounding robbed, although he reassured the team he “won’t do anything stupid” and understood the importance of a “one-two for Ferrari”.

Especially after the consecutive wins in Spa and Monza. But, the Monegasque just couldn’t get his head around a strategy-call from his team that ultimately favoured teammate Sebastian Vettel.

Although it was Leclerc who had started from pole position and was leading the race, on lap 20 Scuderia’s strategists reacted to a possible undercut by Red Bull’s Max Verstappen who was running Vettel close in P4.

They called the German quadruple-champion into the pits for his one and only pitstop-tyre-swap from soft tyres to the hard compound. Red Bull, in turn, mimicked Ferrari’s undercut gamble in the hope of taking the fight to team Mercedes.

Valtteri Bottas was barely a second or so behind Verstappen’s Red Bull and after the pitstops were all done and race strategy unfolded, the Dutchman successfully managed to keep Hamilton and Bottas off the podium!

It was only the second time this season that both Mercedes’ finished outside the Top 3.

Vettel’s undercut pass was meant to steal P2 from Hamilton but his out-lap immediately after the stop was so good that he leapfrogged a flummoxed Leclerc, too!

Although the Singapore Grand Prix wasn’t as exciting as the last six races, it did throw up an unexpected result with both the pre-race favourites and front-row-starters—Leclerc and Hamilton—finishing in P2 and P4 respectively!

The unbelievable form that Scuderia Ferrari have carried through to the twisty street circuit, which in theory should not have suited them, is what great sporting comebacks are all about.

Clever aero-updates, aggressive qualifying set-ups to gain track position along with some smart thinking from the pit wall has helped them deliver three consecutive defeats to champions Mercedes. 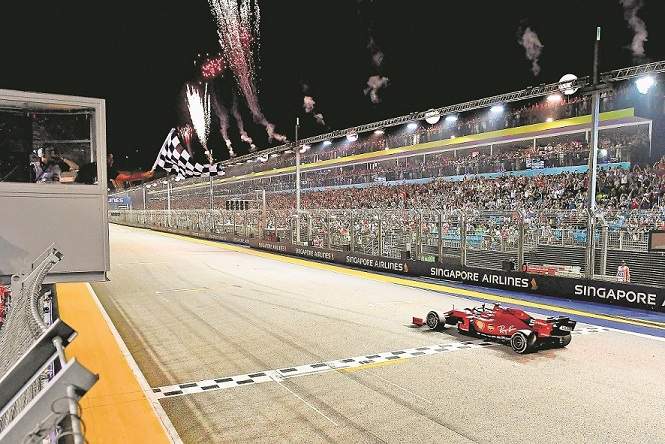 “There’s a general feeling of ‘we got it wrong, we got it so wrong this weekend,’ said Toto Wolff.
The Russian Grand Prix is next.

The writer is a motorsports enthusiast who is covering the 2019 FIA Formula One™ season exclusively for Indulge.