Stephen Fry returns with the epic tale of Troy, set to release on October 29, 2020

The siege of Troy is perhaps the most well-known tale in Western literature.

Retold by Stephen Fry this autumn in all its passion and tragedy, Troy will be the third volume of his unforgettable and definitive series, following on from the bestselling Mythos and Heroes.

Troy will be published by Michael Joseph in October 2020.

"The original epic, and still the best. I’ve loved it since I first heard about the matchless Helen of Troy, the noble Hector, the glorious Achilles and the cunning Odysseus. Retelling the story, getting to know the personalities, twists and divine interventions and immersing myself in the wildly exciting blend of myth, legend and real history has been one of the most completely enjoyable experiences I’ve ever had. I hope you get as much pleasure from reading it," he added.

In Troy, Stephen Fry takes the reader into the heart of a story both mythical and grounded in history. It is Zeus, king of the gods, who triggers war when he asks the Trojan prince Paris to judge the fairest goddess of them all.

Aphrodite bribes Paris with the heart of Helen, wife of King Menelaus of the Greeks. A terrible, brutal war ensues, and the stage is set for the oldest and greatest story ever told.

Louise Moore said, "We are hugely excited to be publishing Troy, the third volume of Stephen’s epic Greek Myths series, this autumn, and be helping to bring such a wonderful canon of adventure, love and sacrifice to a whole new audience." 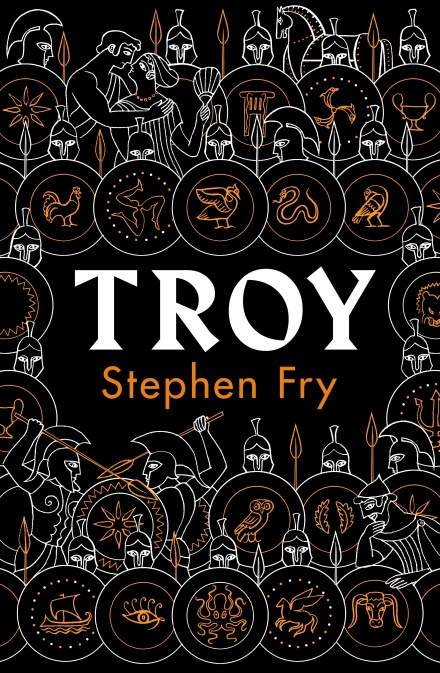