Ape Echoes’ new track, Hold Tight, is a quirky and engaging crossover of jazz, funk, electronica and soul — a great example of their signature music that the band is known for, ever since their debut in early 2016. While the song is based on an average urban Indian’s fondness for procrastination, the lyrics also touch upon insomnia and introspection. The music video, created by Jugaad Motion Pictures (known for Prateek Kuhad’s Cold/Mess), gives the track more space to be vivid and slick, without letting you disassociate yourself from the well-crafted sound. “The video is completely Daria Gai’s concept and direction. It was interesting to see her interpretation of the song being pressed into the service of this music video. There are aspects of her concept that are simultaneously dark and light-hearted, which is similar to how we view some of our music. Having Jim Sarbh on board was a huge bonus, of course,” says multi-instrumentalist and one of the founding members of the band, Nirmit Shah.

The video follows Made in Heaven actor Jim Sarbh fighting between his desire to be lazy and indulge in leisurely activities, and his practical need to be productive. Interestingly, he stumbles upon a cloning machine and uses it to unleash multiple clones to fulfil his diverse responsibilities. Although the clones initially complete his chores and routine tasks that he couldn’t bring his original self to do, it ends full circle with his clones mirroring the original conflicted personality. 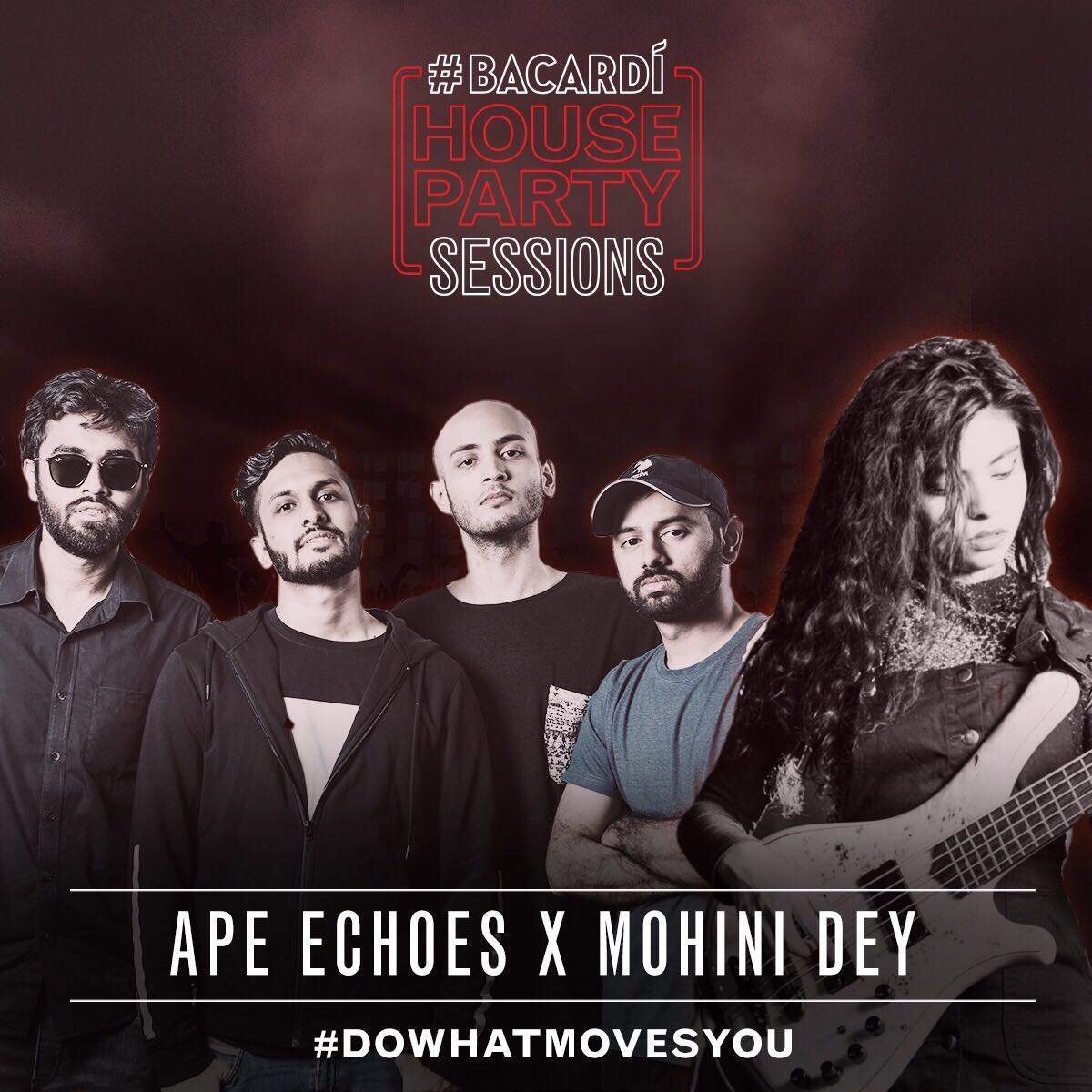 Composed and released as a part of Bacardí House Party Sessions (BHPS), Ape Echoes was mentored by bass phenomenon Mohini Dey for this track. “We met Mohini and she gave us some of her constructive feedback on the song that worked well for us. She’s a practised musician and that’s a trait any of us would do well to foster,” shares Nimrit, who is accompanied by multi-instrumentalist Sid Shirodkar, drummer Sahil Shah and guitarist Harshvardhan Gadhvi.

Apart from the unique narrative, what makes this song different from the Mumbai-based band’s other tracks is their approach towards making music, which Nimrit points out has changed in the last few months. “Initially, most of our tunes originated with either one of us forming the seed of an idea and taking it to the other for development and arrangement. As of 2018, we have explored writing more collaboratively — specifically, our latest set of tunes were written together with all four of us playing our instruments in the same room. From there it’s a process of arranging, fine-tuning and producing the material,” he explains.