The first time Taylor Swift — currently American Music Awards’ artiste of the decade — played her 2019 album Lover, it was to an intimate group of 100 in a room at her London apartment. Performing stripped-down versions of The Archer, Cornelia Street and the title track, Taylor told fans, “I was thinking about how I’d like to play some of these songs for the very first time. And I figured, maybe the best way to do it would be playing the songs acoustic, the way that I wrote them.” Whether it was to gauge audience reactions or share the minute nuances of her songs, the pop scene’s biggest act chose a unique live format that has rung synonymous with the global indie music circuit to showcase her tunes, over an arena of screaming fans. Closer home, the scene is quite similar. Prateek Kuhad — one of the country’s biggest independent music exports — who made his way up the charts playing at intimate shows, chose to unveil his latest EP cold/mess over a series of 10 house gigs hosted by fans across the country, while up-and-coming names like Aswekeepsearching, Ditty, Black Letters and Rounak Maiti set out on tours with no more than 70 people for the launch and listening sessions of their respective albums. Talking about the intimate set up for his gigs, Prateek believes that direct connection and involved interaction with listeners mirror in his vocal-led storytelling approach that is personal. “I like to play my
songs in intimate settings. I feel like it’s a win-win situation for the listeners and the performer both,” he told Indulge, earlier this year As we come to the end of the decade, we dig a little deeper into the intimate gig phenomenon within the indie sphere that has provided a counterpoint to popular high-budget music festivals and is revolutionising the way we listen to live music. We got talking to the movers and shakers from across the country who have worked behind the scenes over the past couple of years, examining how they facilitate the creation of an alternative music landscape that promotes indigeneity and diversity of sound among independent artistes in the country, and celebrates the spirit of collectivism.

Blazing trails
All the world might be a stage, but like many other experimental musicians, Astaaq Ahmed couldn’t find one for the release of his project’s (The Earflower Experiments) debut EP, An Anecdote, in 2018. After multiple, not-so-successful attempts to showcase his music, the New Delhi-based singer/songwriter decided to tackle the problem by converting his own Gurgaon basement into a 100-seater platform for performances called Basement Takeover. 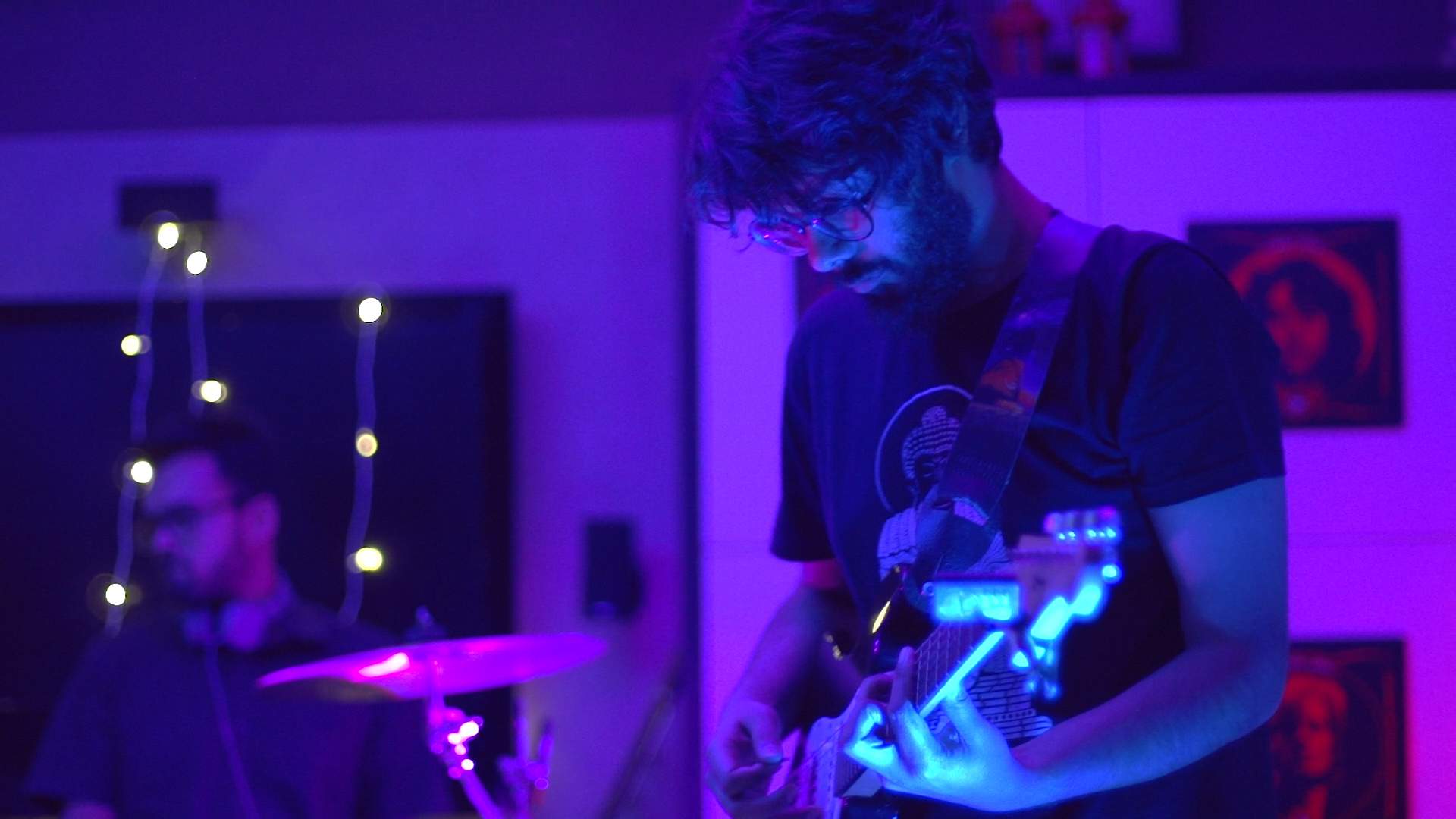 “In India, most of the venues are restaurants or resto-bars. It’s uninspiring for everyone involved. On one hand, promoters wonder if you’ll be able to pull in a crowd, and so very often turn down new musicians. On the other, you have a mixed audience — some of whom are there to support the band, while others are just looking to unwind and do not really pay attention to the music,” he says. With no sponsors to be cajoled and limited overheads, Astaaq believes basement concerts, like his, offer musicians the freedom to play what they like and even encourage experimental sounds.

Body politic
Some collectives like Romel Dias’ initiative go beyond just discovering new and diverse talent. Launched in Mumbai in April of 2016 under the name  The Listening Sessions — as a response to the closure of the popular venue, Blue Frog — the focus of the sessions was on discovering new talent by exploring their music videos. Romel later on founded another project Little Sounds in May 2018 that spotlighted  underground acts and championed regional and socially-conscious music. 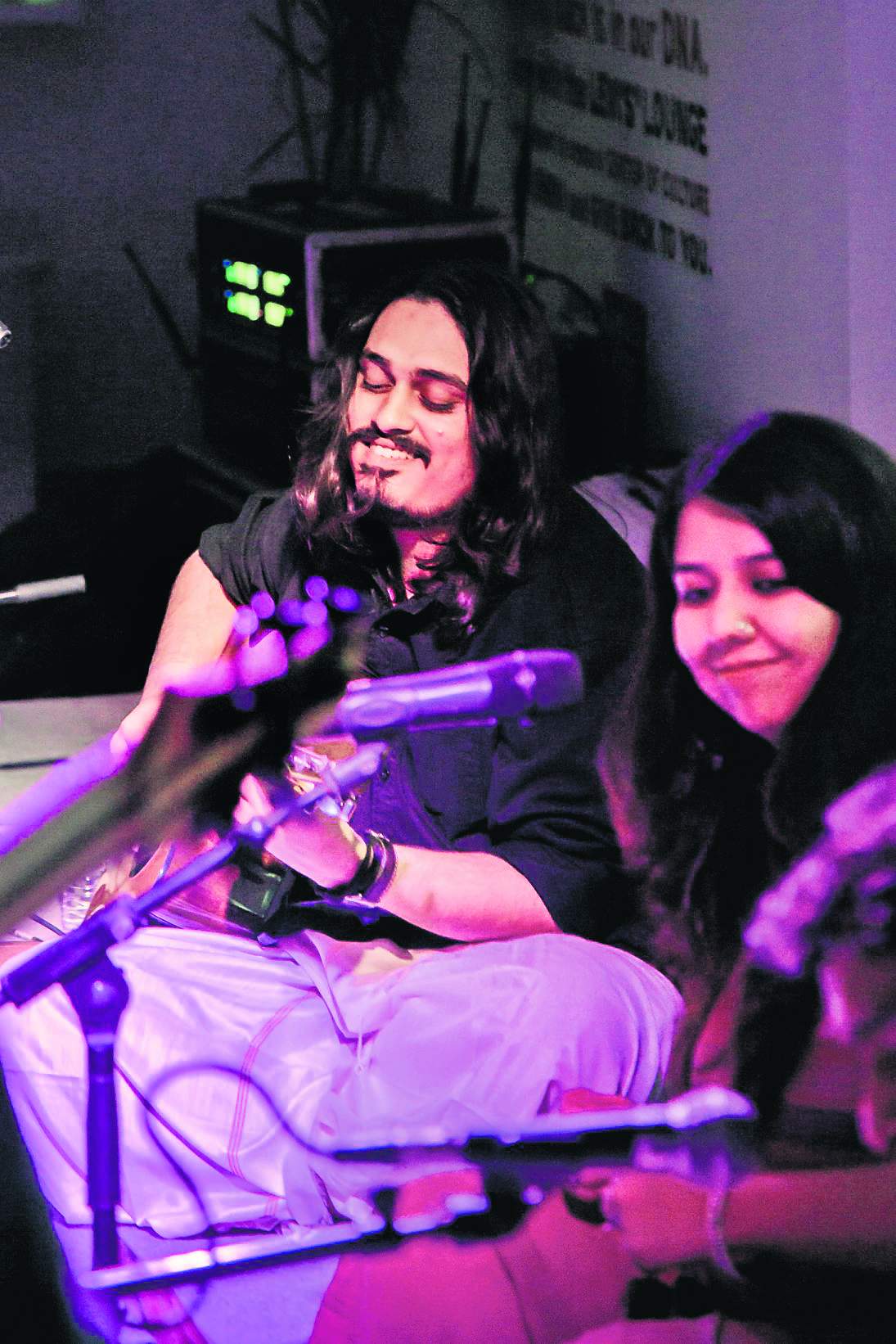 “The core idea behind most small shows has always been about breaking down barriers. And while most gigs manage to do this by promoting a sense of artiste-audience intimacy, I attempt to further the idea by encouraging music that tells stories and empowers communities,” shares Romel, whose favourite discovery has been Urdu folk-rock and blues singer-songwriter Sameer Rahat. “Sameer has been associated with Little Sounds since its inception. It is heartening to see how the indie music scene has evolved around regional musicians like him and how readily it has included him into the fold,” he says, talking about the artiste who is set to perform the Ranthambore Music and Wildlife Festival this week alongside performers like Naezy, Peter Cat Recording Co and Rasika Shekar. 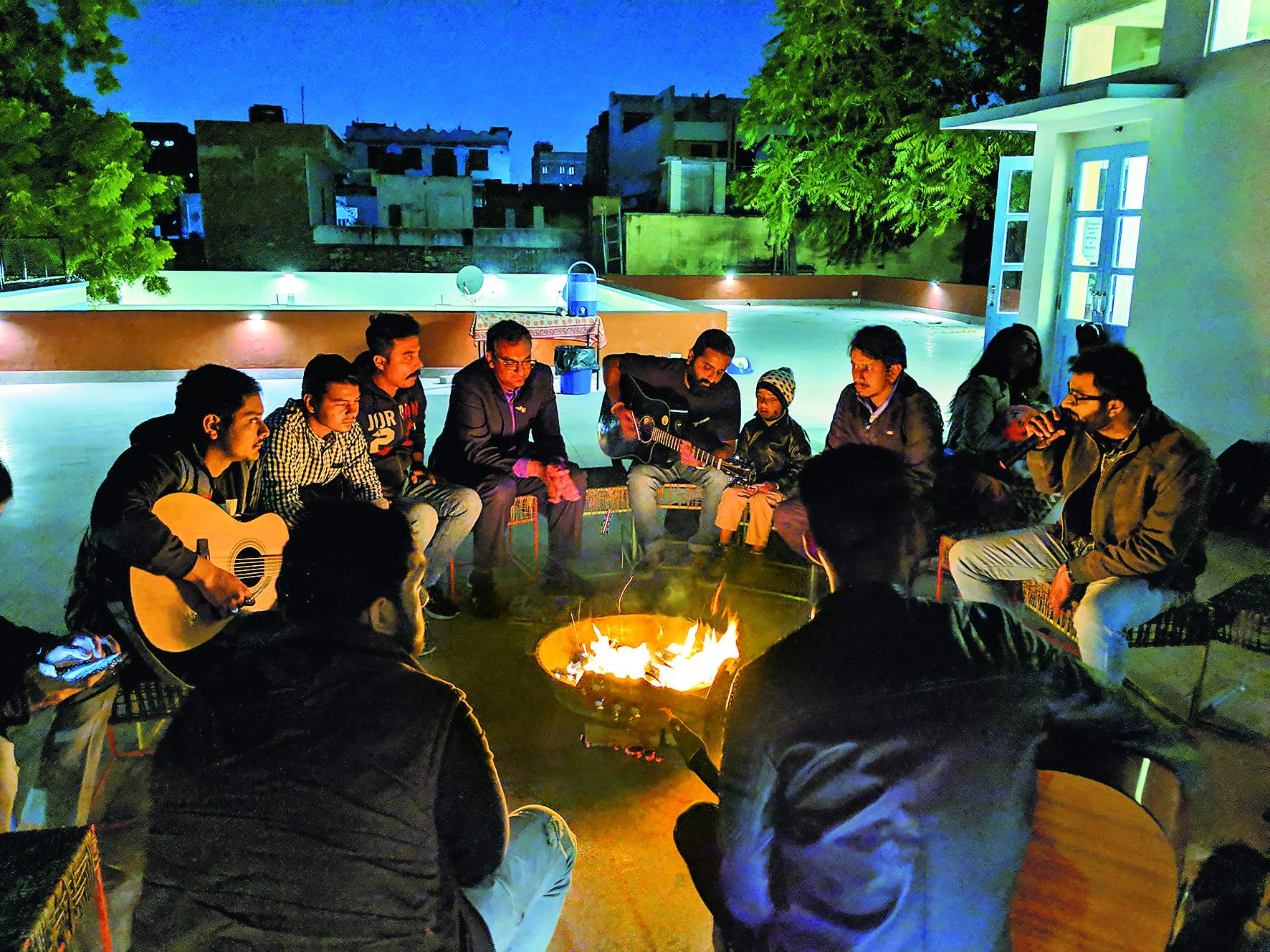 This inclusive spirit finds resonance in the Jaipur-based collective Kythera and their founder Atray Agarwal. Looking to cultivate a listening culture for indie musicians in non-metros like his hometown of Jaipur, that are strongholds of folk tradition, the 25-year-old hopes to usher in folk artistes into the fray. Hosting musicians from varied genres, weekly sessions by Kythera Jams feature rap, rock and blues musicians and even spoken word artistes. Participation from the audience is another key trait at these shows we learn, “It could be even in the form of clapping which could make up the rhythm section of the jam,” he says, adding that community involvement is crucial in cities that are still exploring non-commercial music. Pioneering and applying this idea on a global scale in 2009 is how Songs from a Room (SoFar Sounds) — widely regarded as the ‘OG’ intimate gig concept — amassed a fanbase in over 450 cities worldwide. Even though curated sessions by homegrown communities continue to populate cities like Mumbai, Pune and Delhi, the fillip for indie music in smaller cities is still driven by SoFar Sounds. “At this stage, I believe our strength is our ease of communication and a strong sense of community. Interested individuals looking to host a gig can always get in touch and if you need help other SoFar coordinators and gig organisers extend their support,” shares Prarthana Sen, India head of Sofar, who first introduced the property to India in October 2015 at a Bengaluru gig.

Birds of a feather
While the London-based company cemented itself in the indie scene, many credit its success to its novel style of operation — where the audience is picked based on a lottery system and the line-up is a surprise. Determined to craft their own identity, Hyderabad-based collective Tangy Sessions run by Arjuna Prasad and Deepa Radhakrishnan attempts to distinguish themselves from SoFar Sounds by including other art forms as part of their proceedings. The duo, who have experimented by introducing physical theatre into their performances, are looking as far as creating a niche space for ‘eco-music’ that hopes to reintroduce the audience to agrarian roots as part of their New Year gig , which is being held at a perma-culture farm outside the city. 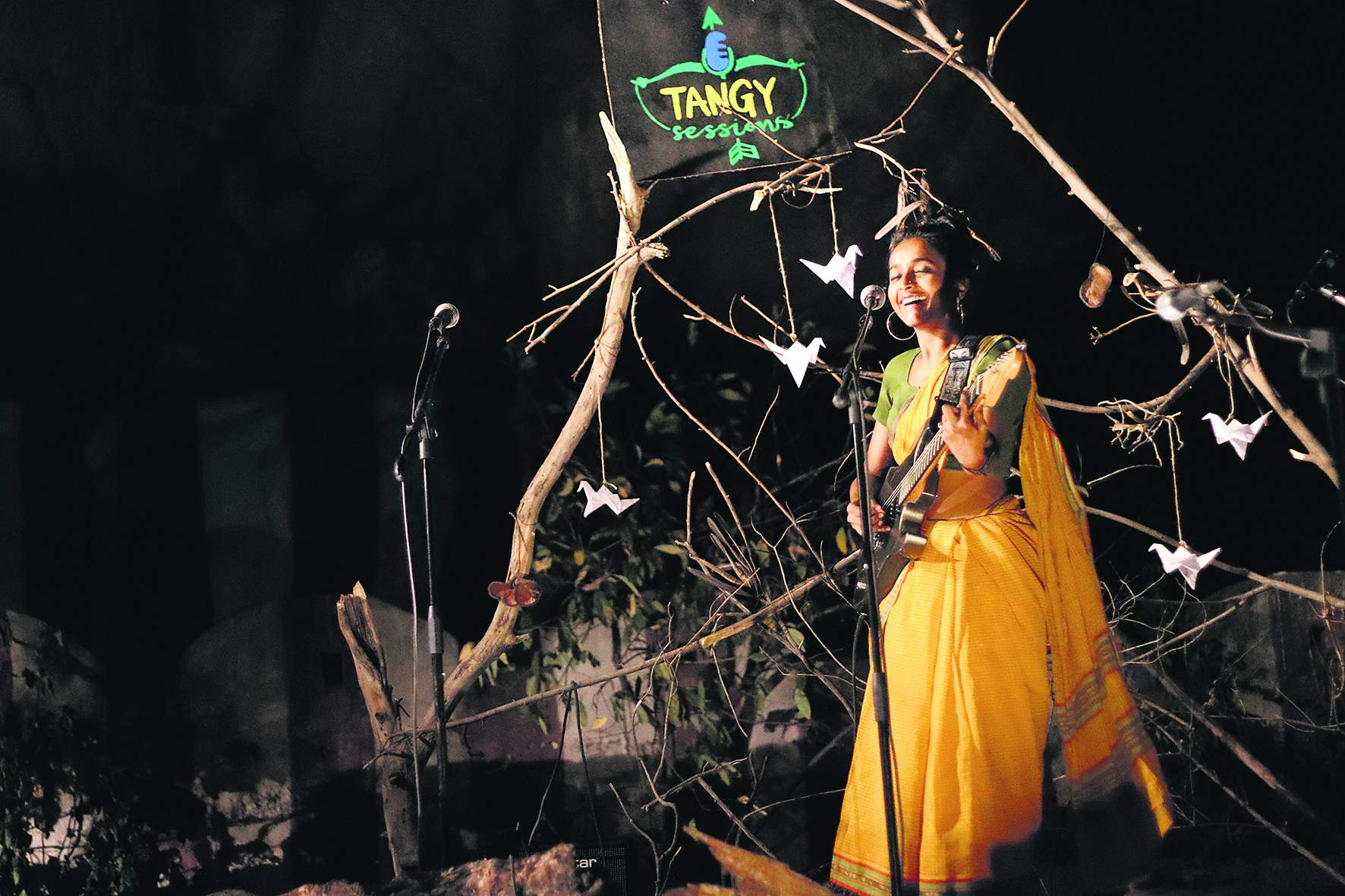 However, what sets this three-year-old initiative apart is its distinct philosophy, “I believe at some point in their career, musicians no longer actively listen to the work of their contemporaries. With Tangy Sessions, we have managed to create a space where musicians don’t perform as individuals or bands, but come together to create a unique collaborative experience that is completely novel to the audience,” he says. With sessions curated around the diverse sounds of the artistes on Tangy’s roster, the collective’s notable shows have included joint compositions featuring a global handpan exponent, Daniel Waples, and a 14-year-old Hyderabadi Djembe player, Durga P, and Bhopal-based singer-songwriter Arpit Chourey with Ji Jaan, a sarod player from Himachal Pradesh.

Bringing it home
If numbers are anything to go by, then musicians like Ankur Tewari, When Chai Met Toast, Nischay & Parekh, Blackstratblues, The Local Train, Aditi Ramesh, Mali, Nucleya and Rit Viz, who are among the most streamed independent musicians of 2019 on Spotify India (a service that is barely eight-months-old), prove one thing beyond adoubt: That the Indian audience base does include a sizeable number of indie music listeners. But where do small collectives fit into the larger scheme of things? 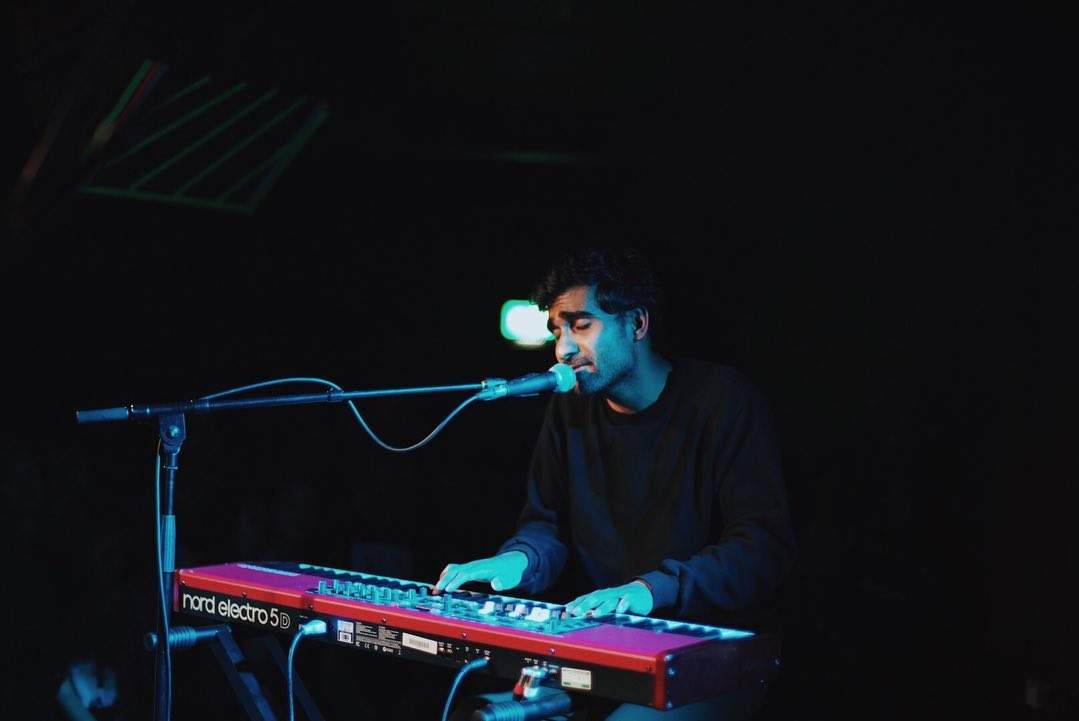 If we had to quote someone on that, we’d refer to Prateek Kuhad’s narrative of his last gig of 2019 to his 198k followers on the ’gram. It included a note of gratitude to the intimate house sessions that bolstered his career. “I’ve always been introverted, anxious of the stage and crowds, and most comfortable in quiet spaces. It has taken me years and hundreds of house shows to warm up to the idea of touring and playing live. My shows have always been simple, me playing song after song, and with minimal crowd interaction. But last night for the first time in my 7 years of being a full-time musician, I actually asked the audience to do something — put their phones up and torches on, terrified that nobody would hear me or actually do it. It was quite overwhelming for me when pretty much everyone in the audience actually did it. Seeing thousands of lights and hearing thousands of voices singing back your songs to you on stage is as intense as it gets for a songwriter and performer. It has been the most overwhelming experience being on stage for me, and I’m still not completely over it. I have never felt more grateful and fulfilled about what I do and why I do it.”