Interview: DJ Ritviz talks about his upcoming performances at Sunburn Arena and One Plus Music Festival

It was in 2017 that electronic music producer Ritviz Srivastava — all of the 21-years then — released his first original, Udd Gaye. The track, in a partnership between Bacardi, comedy collective AIB and dubstep producer Nucleya, soon became the party anthem of the year. Although he didn’t expect that kind of a response, the Mumbai-based artiste admits that it did build up pressure on his next projects. “Of course, there were expectations after Udd Gaye. But I didn’t want to hurry things up, so I didn’t release anything for eight months. There was pressure and people kept asking what the next song is. But with time, I learnt to deal with it and now, it doesn’t bother me as much,” he confesses.

He followed it up with a series of hits like Barso and Jeet through 2018 and 2019, becoming one of the sought-after names in Indian electronic music circuit. Earlier this year, he also released his debut album, VED, which received great response from music aficionados and party-goers alike. Performing in the city at Sunburn Arena this weekend, Ritviz says that his set will be a mix of his releases, especially from VED. “When I perform, my music becomes more about energy and beats, when compared to my compositions. Hyderabad is one of my favourite cities and the crowd has always been welcoming. I’m excited to bring my new set,” he adds.

Apart from his performance in the city, the 23-year-old is also headlining One Plus Music Festival, which will feature pop stars Katy Perry and Dua Lipa, along with other Indian artistes. “I have listened to Katy Perry all my childhood and it’s super exciting to perform in the same concert. At the same time, the line-up of Indian musicians is also a highlight. While we need international concerts, it’s important to identify and promote local content,” he shares. 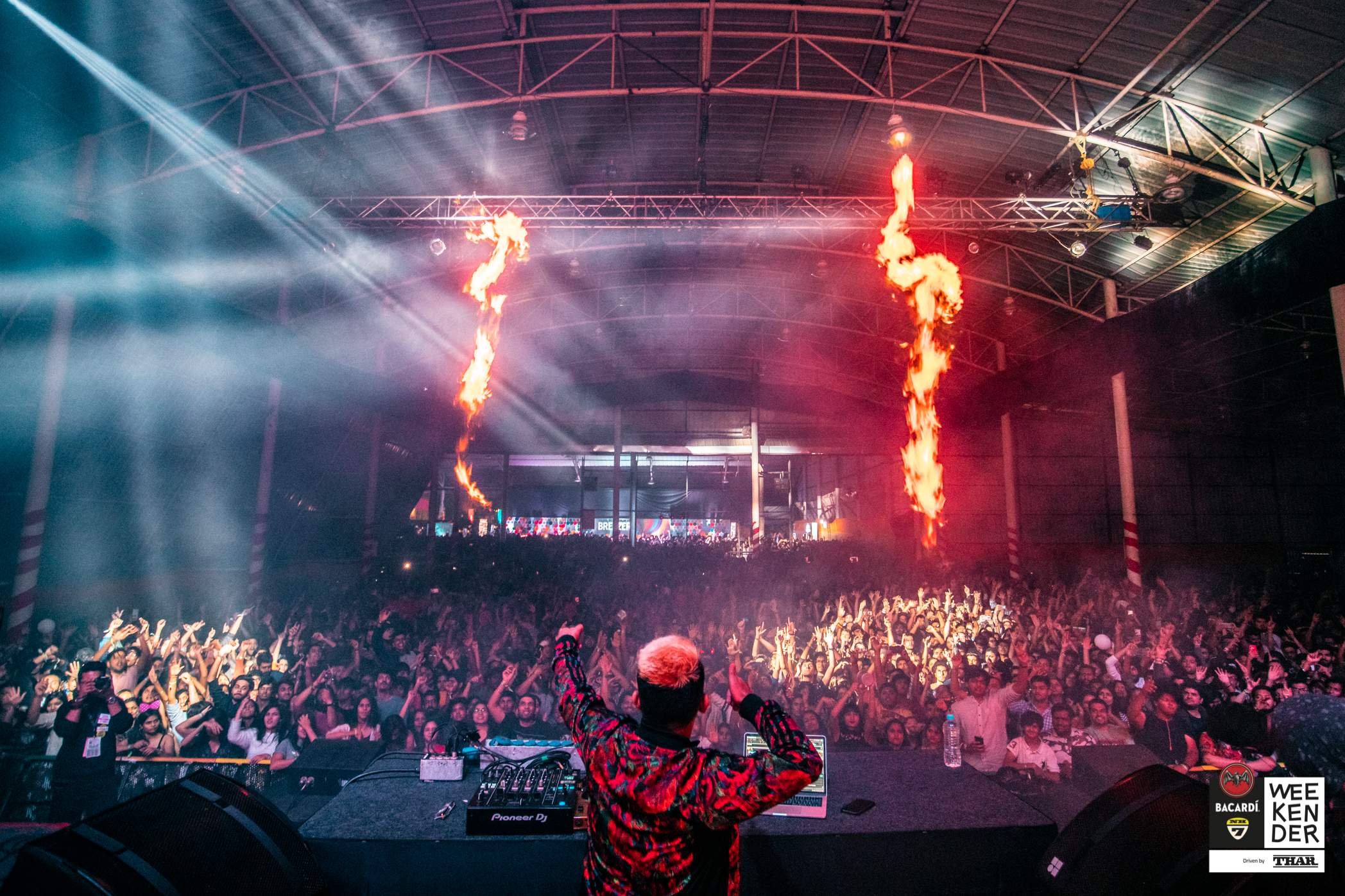 Born into a family of musicians, Ritviz’s sound is a blend of the Carnatic and Hindustani music that he picked up at home and the Western influences of electronic and hip-hop that he listened to in his teens. Most of his tracks have a focus on vocals, which add a new dimension to the otherwise groovy sound. One would guess it takes a lot of planning, but Ritviz clarifies that his compositions have no particular format. “On most days, I’m lying down on my bed and listening to songs or mixing tracks on my laptop — it’s comfortable and that’s how most of my songs happened. Every song is built differently, especially in terms of the theme and inspiration — sometimes it’s the lyrics and on other days, the melody comes first. My process is organic and flexible. It also works well this way because most of my work has been solo projects,” he says.

However, in the coming months, Ritviz says that he is getting out of his ‘comfort zone’ and teaming up with other artistes for future projects. “For someone who enjoys working alone, collaborations are challenging but there’s something to learn and adapt each time. 2020 is going to be about that and a few film compositions too. I’m working on my next album DEV as well,” he adds. Ritviz recently also announced his maiden music festival YUV FEST, in collaboration with Bacardi. After its first edition in Pune, the festival will be followed by boutique editions in Mumbai, Delhi, Bengaluru and Hyderabad, among other cities.

Apart from Ritviz, Sunburn Arena will also feature performances by Dimitri Vegas and Like Mike, among others.
November 8, 3.30 pm.
At GMR Arena Hyderabad.