We first heard of this Sri Lankan Tamil’s amazing alto voice in 2013 when she contributed her vocals to Disco Woman (a song from Pizza II: Villa, composed by her father, Santhosh Narayanan). This 22-year-old Chennai-based musician’s popularity however rose to new mercurial heights when the song Rowdy Baby from Maari 2 released in 2018. The song was her first outing with a new music director, as she had previously only worked with her music producer father; and this combination with Yuvan Shankar Raja quickly became one of the biggest Tamil hits of all time! Dheekshitha Venkadeshan, or Dhee as she is popularly known is a singer who’s on her way to super stardom and we catch up with her for a quick conversation about her first single, Enjoy Enjaami (that’s crossed over 100 million views in less than a month on YouTube) on the brand new maajja platform:

Congratulations on Enjoy Enjaami! You’ve crossed a 100 million views and counting, in less than a month. How has this experience been, watching your song take over people’s social media feeds and playlists?
Thank you so much! It’s been surreal. What makes me the happiest is that Enjoy Enjaami is being celebrated not just as an Arivu, Dhee and Santhosh Narayanan song but as something that belongs to each listener. As our collective song. There’s nothing that makes me happier than to see that. It’s an actual dream. Watching children and grandparents enjoy the song has also been the most wholesome thing.

How did the collaboration with Arivu and maajja come about?
The collaboration with maajja came about when they asked if I’d be interested in doing a song for the YAALL festival (that maajja is also managing and producing) prior to my album. I was super excited and I thought it’d be amazing to do my first independent song in Tamil. Meanwhile, Arivu and I had spoken about collaborating and this felt like the perfect opportunity for us to work on a song together. Arivu’s absolutely amazing and maajja has also been supportive in every way imaginable.

Incidentally, the song is your father’s creation. And another incredible collaboration between the two of you. Do tell us a little more about how this song brought together the vision that you and dad shared?
We wanted the song to celebrate nature, our roots, our ancestors and all life forms, not just humans. We felt that it was important that the song spoke of our collective responsibility in preserving earth and all life forms. Enjoy Enjaami talks about a time where we, as humans weren’t divided and we were one with nature and the song is calling out to that time — calling us to be together. This was created with so much love. This song has a piece of all three of us. There were many discussions surrounding this song with director Manikandan on shaping the song conceptually and lyrically. Musically, we had a bunch of versions but the version you hear now is the one we had the most fun creating.

Enjoy Enjaami could well hit a billion views in a few days, but this isn’t new for you, considering your first super hit Rowdy Baby also crossed a billion views — tell us a little bit about that song and what it means for you today?
I’m filled with an abundance of gratitude to have been a small part of this. Dhanush had called me to sing this song and I was beyond nervous, as this was one of my very first experiences working with a composer besides Santhosh appa but they were incredibly kind and patient with me. Any amount of appreciation and recognition I’ve received for Rowdy Baby belongs entirely to Dhanush, Yuvan, Sai Pallavi and team. I truly feel like it’s their collective vision and spirit along with people’s love that has really elevated this song. I feel very lucky and blessed to have been part of it. 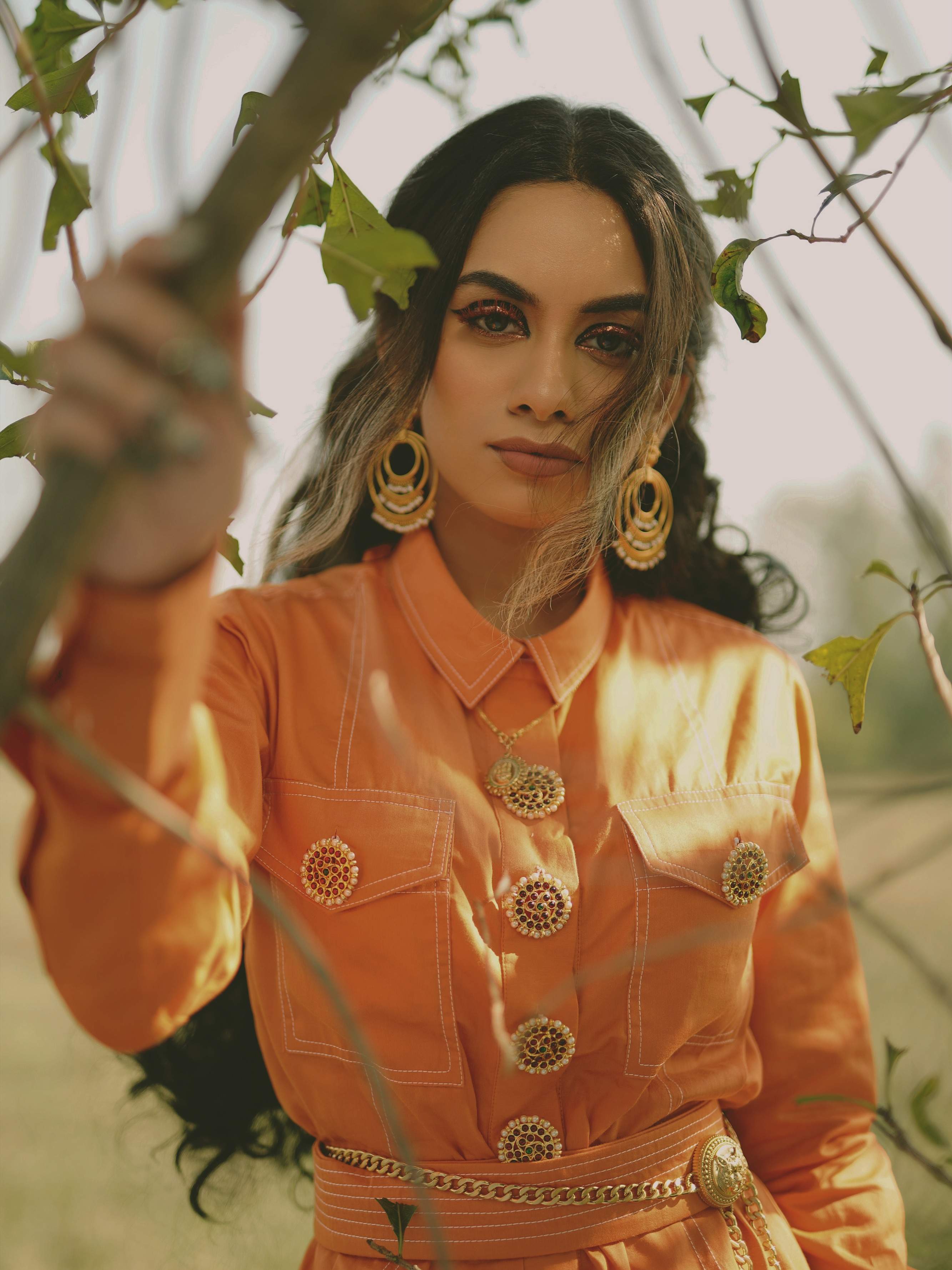 You have a unique voice, something that Tamil Nadu has stood up and taken cognizance of. Did you always know you would be known for a distinct voice? Did you ever worry about sounding ‘different’?
I have never thought of my voice in that way. To be honest, I have never really even given much thought to my voice. I sing the only way I know how to sing and that’s about it. My amma, my grandmother and my great-grandmother all had very similar singing voices to what I have now, which is why I don’t particularly see myself as different and there are so many unheard, uniquely beautiful sounding singers with so much to say all around Tamil Nadu and India that deserve to be captured in the same way my voice has been captured. I hope to see those voices being recognised, being heard, and being celebrated.

When did you decide to be a singer and who were your biggest influences in terms of styles and music?
Ever since I remember, I’ve been in love with music and I’ve always wanted to be part of music. I didn’t see it as a job or anything. I still don’t but I remember feeling like music was ‘it’ for me from a really young age. More than to be a singer, I always just wanted to create music. Singing was part of it. When I was very young, I grew up hearing what my paati and amma heard. MS Subbulakshmi and PB Srinivas are some of my favourites. I love and I’m hugely inspired by Ella Fitzgerald, Nina Simone, Santhosh Narayanan, Billie Holiday and Kendrick Lamar. I also love Paul McCartney and John Lennon’s songwriting. Both individually and together.

You live in Australia — how much has international music and trends influenced your personal style of singing? How did that impact what you listened to or were drawn to musically?
Growing up in Australia as a Sri Lankan Tamil girl, gave me different perspectives in the way I viewed music and politics. It exposed me to all different types of music and artistes. Coming to Chennai made me realise that no matter where we go or how different a place might be culturally, human experiences are always the same. 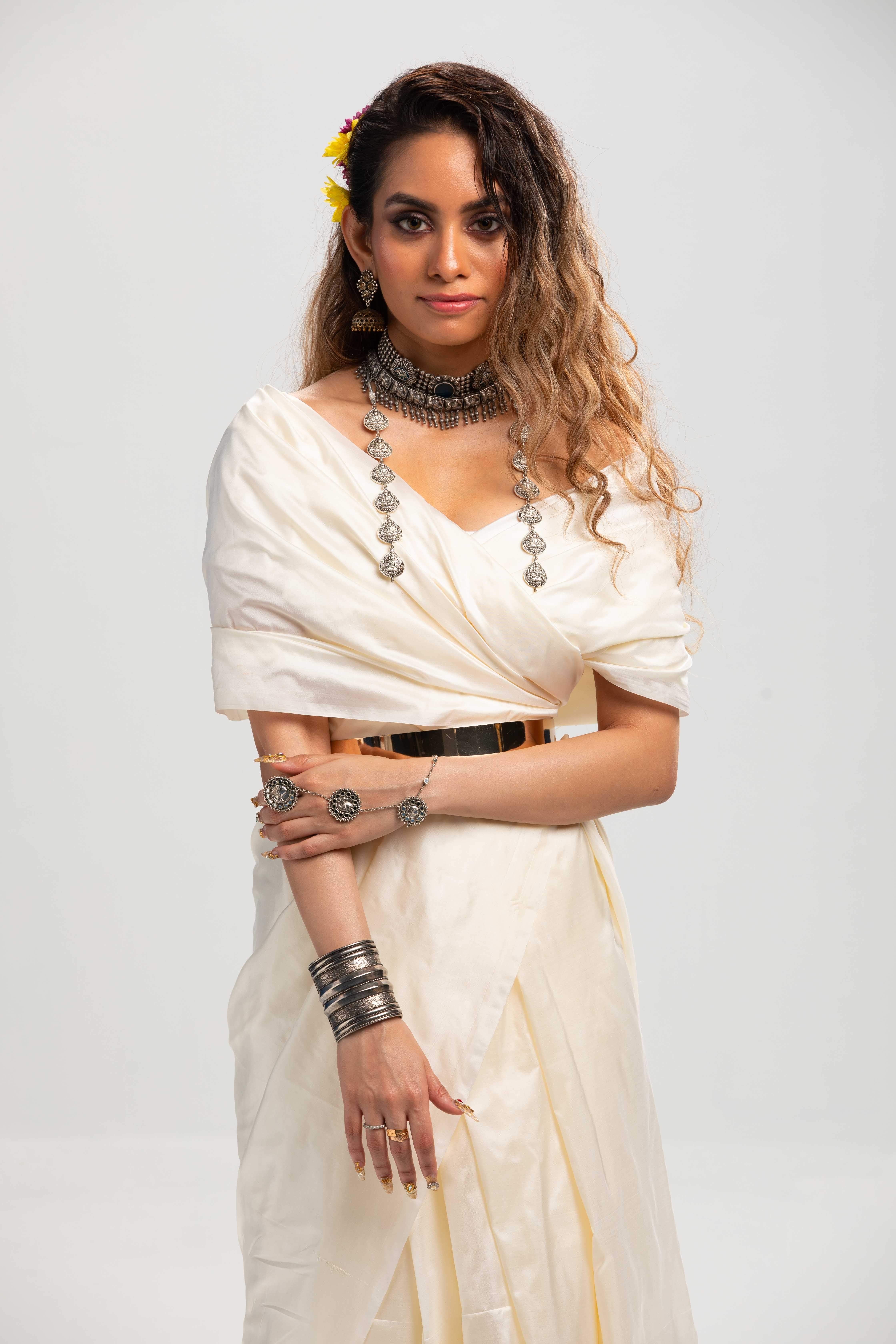 How do you manage to sing in varied South Indian languages and get the pronunciations absolutely right?
Thank you, that means a lot! I’ve sung in Telugu besides Tamil and I’ve attempted Hindi. Each time there’s a recording for a language that I don’t speak, there will be someone to help me understand the words and to get the diction right and that makes the biggest difference. I’m still not sure if I’ve gotten it all right and I’m always nervous singing a language that I don’t speak as I don’t want to offend the beauty of the language in any way. I’m afraid of it coming out stylised or away from the life that’s always part of a language, but I really enjoy it and I hope to actually learn the languages that I sing in.

Could we see you sing in Kannada and Malayalam soon?
I would absolutely love to. Definitely.

What can we expect next from your collaborations with maajja? We hear that you have an album in the works. Tell us more:
Yes! maajja is producing my album. Creating and working on my album has so far been an enriching, all-consuming process and it’s continuing out to be so as well. During the lockdown, I basically scribbled out everything and anything I’ve felt or was feeling and there’s still so much to do.

Enjoy Enjaami has a social message and it’s something that newcomers often tend to avoid. Will your personal music continue to be socially and politically relevant?
I think music and other art forms have the power to unite us and amplify voices and stories that have not been heard, have been silenced or ignored. I believe the things I speak about or represent in my music should always be honest. I feel responsible in a sense that everything I create should always come from and spread love, unity, and equality. I will make songs about love and I think that’s socially and politically relevant too. 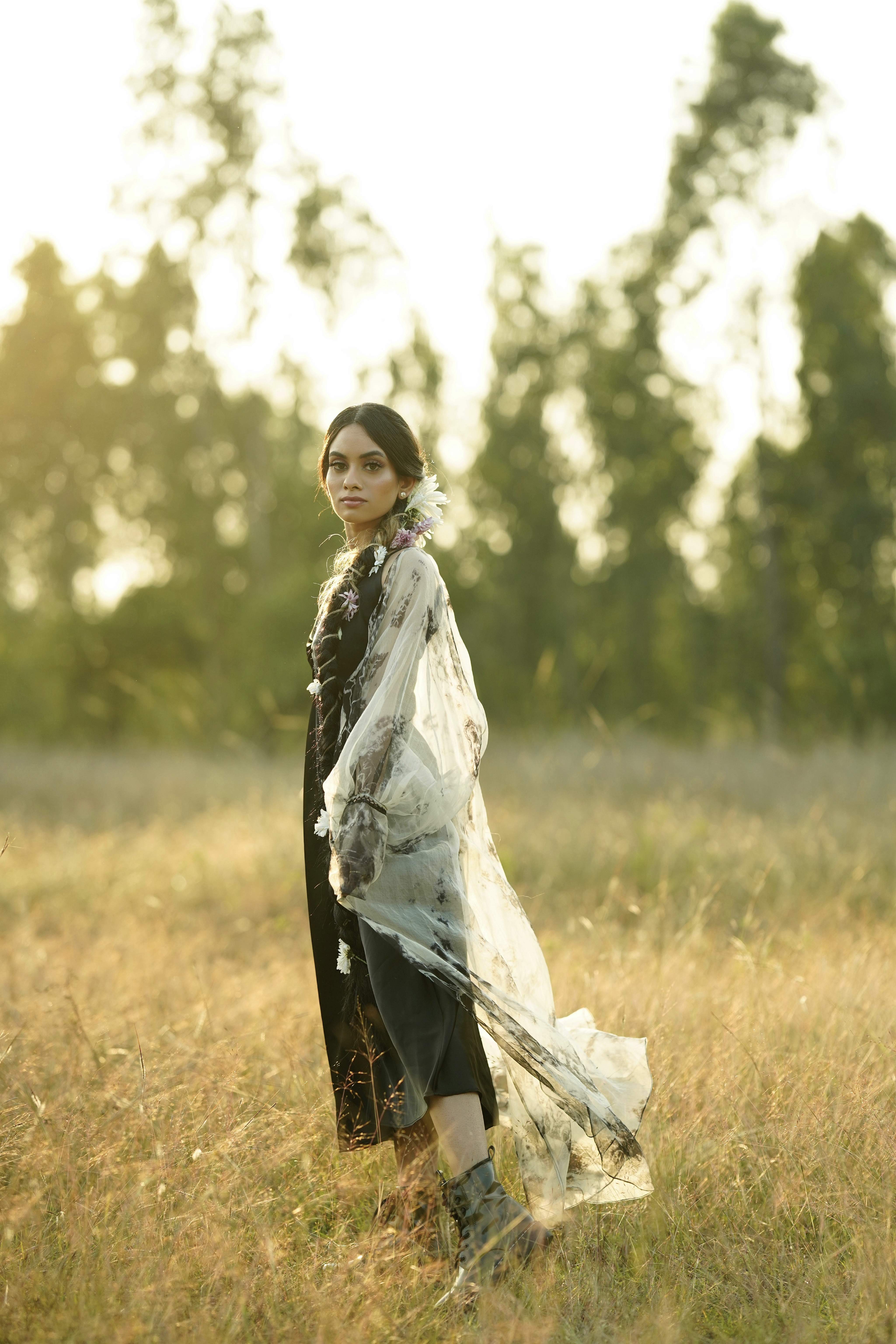 What are your other passions beyond singing?
I love writing, reading and designing clothes. I love working on anything creative.

You are known for your unique style of dressing and the video only cemented that belief — tell us a little bit about your personal sense of style. Do you keep an eye on fashion trends?
I look up to my mum when it comes to fashion and style. Ever since I can remember, she’s carried herself in her own way and has never been someone who followed trends. She’s a supremely confident woman and she dresses for nobody except herself. I’m inspired by that. I like to wear anything that feels interesting and comfortable. I also think sustainability in fashion is really important to look into as well and it’s actually really easy to apply in our lives.

If you weren’t a singer, what do you think you would have been?
That’s tough. I’m really not sure but I definitely think something in art.

How much of an influence has your family had on your music?
Definitely a lot. Santhosh appa is one of my favourite musicians/artistes in the world, so, for me to be able to see him work and to actually work with him is huge. It’s definitely a blessing. I also regularly see a lot of incredible session musicians’ recordings that happen at home and all of that definitely influences and inspires me. One thing to be said is that though they are singers/musicians themselves, they have never pushed me into music or into singing which gave me the freedom and confidence to explore it on my own, so it just happened very organically in that sense.

And finally, if you had to define yourself in a sentence, how would you choose to do so?
I’m an excited person and I love people!