Talk show icon Ellen DeGeneres has been at the centre of controversy as people working on her show, and certain guests have opened up about the toxicity and systematic bullying they have had to face by Ellen and even some of her producers. The 62-year-old’s celebrated talk show The Ellen Show, has been at the centre of accusations as several staff members have claimed to have been mistreated by producers, and there were even accounts of intimidation and racism.

In fact, Everybody Loves Raymond star Brad Garrett opened up recently and revealed that he knew more than one person who had been mistreated behind the scenes of the show. Interestingly, Ellen's A-lister friends have been quiet and haven't really addressed the allegations. But this morning, Katy Perry took to Twitter to throw her weight behind Ellen, but faced quite a bit of flak for the move. 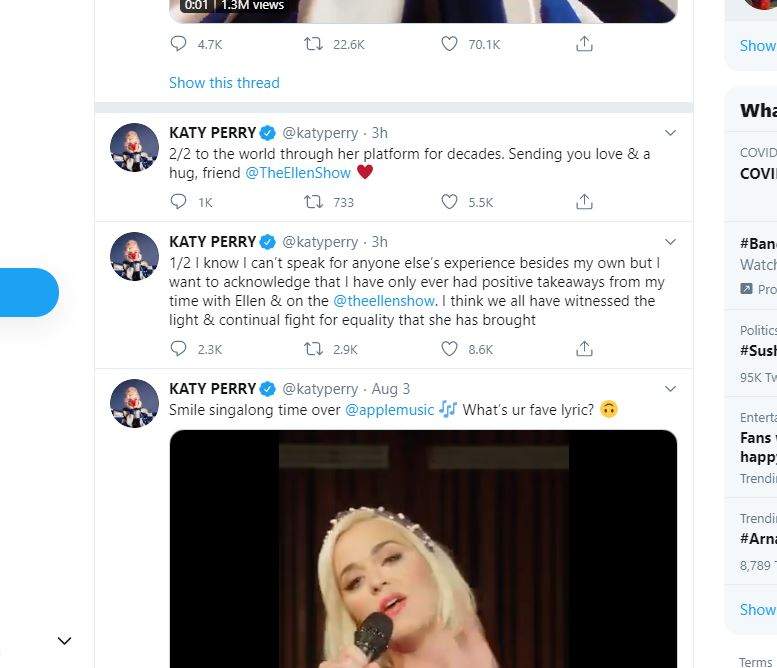 "I know I can’t speak for anyone else’s experience besides my own but I want to acknowledge that I have only ever had positive takeaways from my time with Ellen & on the @theellenshow. I think we all have witnessed the light & continual fight for equality that she has brought to the world through her platform for decades. Sending you love & a hug, friend," Katy wrote on Twitter. 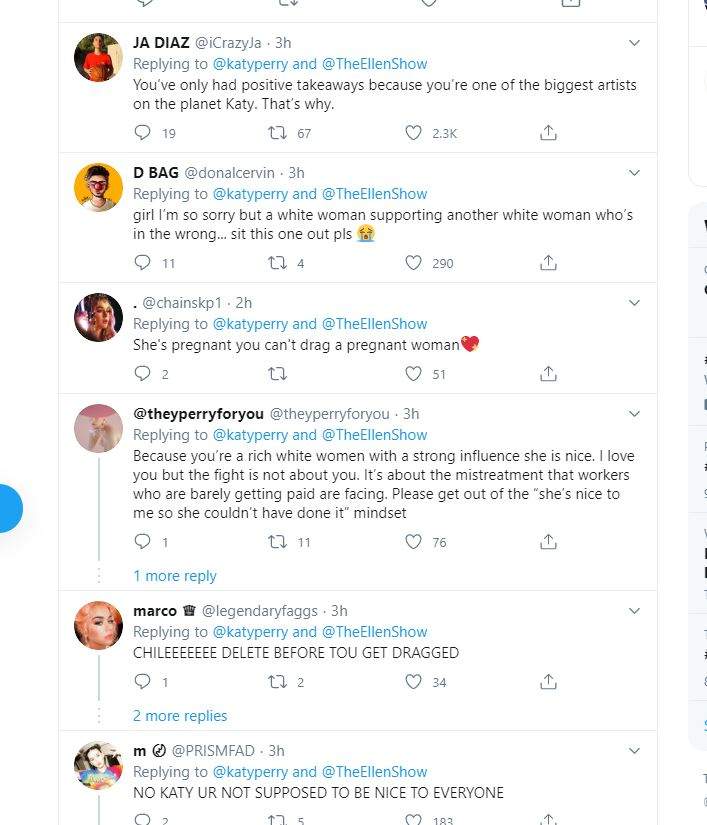 Her fans slammed her for defending the talk show host and called out her privilege especially since Katy is one of the biggest pop stars, but the allegations of mistreatment have emerged from the staff and not A-lister guests. "You’ve only had positive takeaways because you’re one of the biggest artists on the planet Katy. That’s why," one Tweeter wrote.