Happy Birthday Mahesh Babu: Here are 10 must watch films of the Tollywood's superstar

Superstar Mahesh Babu turns 44 today! Born to legendary actor Krishna, Mahesh began his career u faced the camera at the age of four as a child artist in 1979's Needa, directed by Dasari Narayana Rao.

Here are some of Mahesh’s must-watch films:

Athadu (2005)
Trivikram Srinivas’ Athadu is a power-packed entertainer. He plays the role of a professional killer who is hired to fake the assassination of a politician. Circumstances lead to the actual murder of the politician and he is framed for the murder.

Okkadu (2003)
One of the biggest blockbusters of Mahesh’s films is Okkadu - a racy entertainer directed by Gunasekhar. It established Mahesh in the industry. The film is a love story where Ajay and Swapna Reddy fall in love and face their own challenges.

Pokiri (2006)
Mahesh and Puri Jagannadh worked together in Pokiri, which went on to become the actor’s biggest hit with the film running as many as 300 days in the theatres. The plot revolves around the life of an undercover police officer, Krishna Manohar, who infiltrates a mafia gang headed by a Dubai-based don Ali Bhai, under the pseudonym Pandu.

1: Nenokkadine (2014)
Although this film didn’t work well at the box office, 1: Nenokkadine garnered Mahesh appreciation for choosing a rather unique script. Directed by Sukumar with Kriti Sanon in the lead, 1: Nenokkadine revolves around the search by Gautham (a schizophrenic Indian rock musician missing 25 percent of his brain's grey matter) for his parents, whom he believes were murdered by three men. 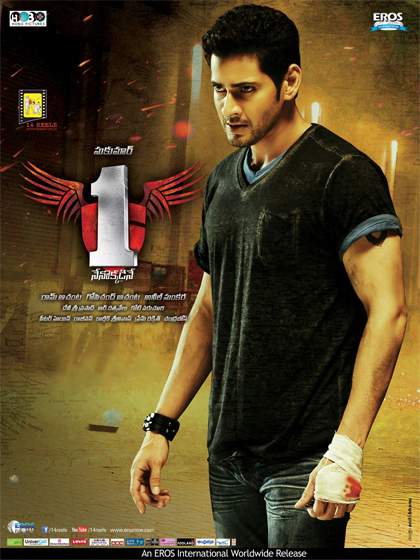 Nijam (2003)
Mahesh proved his acting early on in his career with Nijam, directed by Teja. The film is based on a son, who loses his father when the latter is falsely charged of murder and killed by conspirators. Later, his mother guides him in a methodical manner to avenge his father against the perpetrators.

Raja Kumarudu (1999)
This love story stars Mahesh and Bollywood actress Preity Zinta and is directed by Raghavendra Rao. The plot revolves around Raja, who falls in love with Rani but breaks off the relationship due to family compulsions. Later, when he has all but given up hope of seeing her again, he gets a surprise.

Khaleja (2010)
Directed by Trivikram Srinivas, Khaleja is a fantasy action film starring Mahesh and Anushka Shetty in the lead roles. A village is hounded by an unknown disease, killing several people each month. As per a prophecy, a godsend will save the village and Siddhappa finds this supernatural potential in Raju, a cab driver. Packed with humorous one-liners and an intelligent screenplay, it is definitely a good watch.

Srimanthudu (2015)
Director Koratla Siva’s blockbuster Srimanthudu saw Mahesh as the scion of a business empire. The story was based on Harsha Vardhan who wants to contribute to the society and not just be a rich businessman. This films saw Mahesh play a rather subtle character with as much ease as he plays an action-packed character.

Seethamma Vaakitlo Sirimalle Chettu (2013)
One of the most loved multi-starrer film, Seethamma Vaakitlo Sirimalle Chettu, is a slice-of-life family drama directed by Srikanth Addala. With emotions captured perfectly and paired with great dialogues, this film revolves around the tensed relationship of two brothers and shows how the family unites. Venkatesh Daggubati played Mahesh’s brother.

Vamsi (2000)
Although Vamsi might not be Mahesh’s best, it stars actress and wife, Namrata Shirodkar. The film is a special project for Mahes, as it stars his wife and his father, who played a cameo. The two actors met and fell in love with each other during this film, and later tied the knot in 2005.