Ahead of her digital debut, Jacqueline Fernandez gets candid about marking a decade in Bollywood, fitness and social media

Jacqueline Fernandez knew she wanted to be an actor from the age of seven. As a child, she watched Gone with the Wind and wanted to become Vivien Leigh ever since. Fast forward to 2019, and the Sri Lankan actor is one among the top A-listers of Bollywood. Now based in Mumbai, the 34-year-old is set to complete a decade in Bollywood this year. Having debuted with Sujoy’s Ghosh’s fantasy film Aladin (2009), the former Miss Universe Sri Lanka (2006) had her breakthrough with the psychological thriller Murder 2 (2011), and now has a filmography that is at least 20-movies strong, including commercial hits like Housefull 2 (2012), Race 2 (2013), Kick (2014) and Judwaa 2 (2017), among others.

With no film background or an industry godfather, Jacqueline found a foothold in Bollywood rather soon. Even while at the top of her game, the actor doesn’t shy away from revealing that she takes acting courses, or admitting that she often reaches out to Priyanka Chopra Jonas for career advice. “Like every actor, I too have had my share of failures in the film industry. But I am just glad that I kept getting back on my feet to do what I do best — entertain people,” she adds. 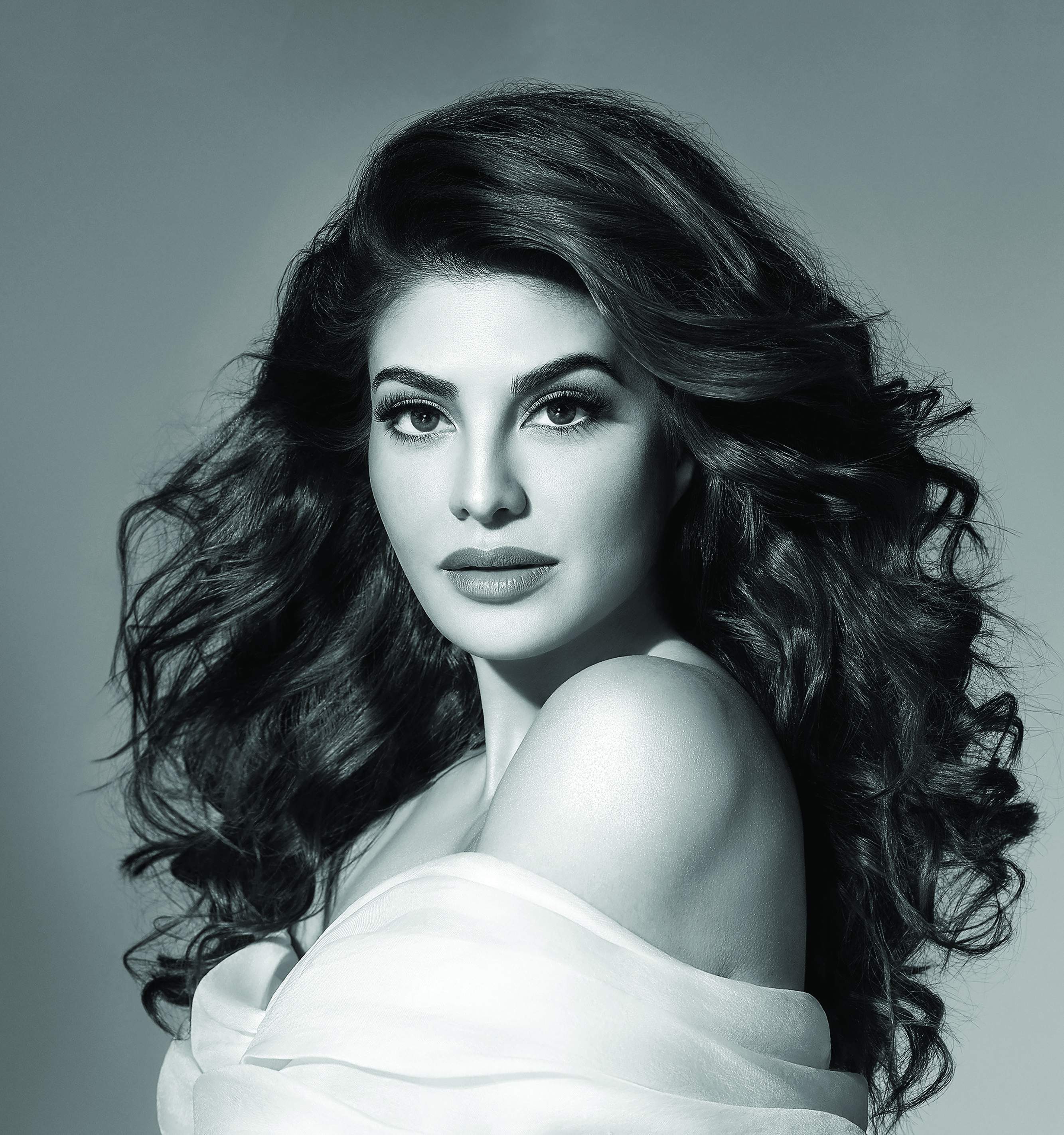 Looking back at her journey so far, Jacqueline says, “Honestly, it has been a wonderful ride. Even though I was a full-time model at one point of time, it wasn’t easy getting into acting just like that, that too in Bollywood. I always wanted to be an actor but back then, I felt that maybe it was far-fetched, as I grew up in Bahrain and Sri Lanka. I didn’t know Hindi much back then, and I’m grateful for the people who spotted me, and gave me the opportunities.”

New game rules
All set to make her foray into the digital space with Netflix’s original Mrs Serial Killer, the Chitiya Kalaiya star says the thriller/dark comedy is far from regular Bollywood fare. “The digital space is very new to me. I have never ever done a film without songs. All the dance practice and choreography has been a part of every single film I have done. It has always been one of the things I’ve prepped up for. A film without all that is completely new territory for me,” says the actor, who is popular for bringing a
prominent glamour element into all of her movies.

Directed by Surish Kunder and produced by Farah Khan, the movie (with Jacqueline in the title role) narrates the story of a doting wife who, after her husband gets framed for a series of murders, tries to perform a crime to prove him (husband) innocent. “I have wondered about how to express myself without all the dances and songs in the film. But then, I grew up watching world cinema. So, I understand the nuances of these kinds of films as well. Working for Netflix, or any OTT space for that matter, is great because whatever we make will have an international audience,” she offers.

Playing the social role
Joining the likes of Alia Bhatt, Priyanka and Arjun Kapoor, among many others, Jacqueline too has entered the world of YouTube vlogging. “All my life, I have been surrounded by the camera. But this time, it’s mine,” she says in a video that she released, announcing her personal YouTube channel, earlier in June. Talking about the kind of content that she’s going to share with her fans, Jacqueline says,
“So, yes, I have started vlogging on my own channel now. It will document my personal and professional life, and give an insight into all my good and bad days including my routine, travels and moods, basically everything I go through.” 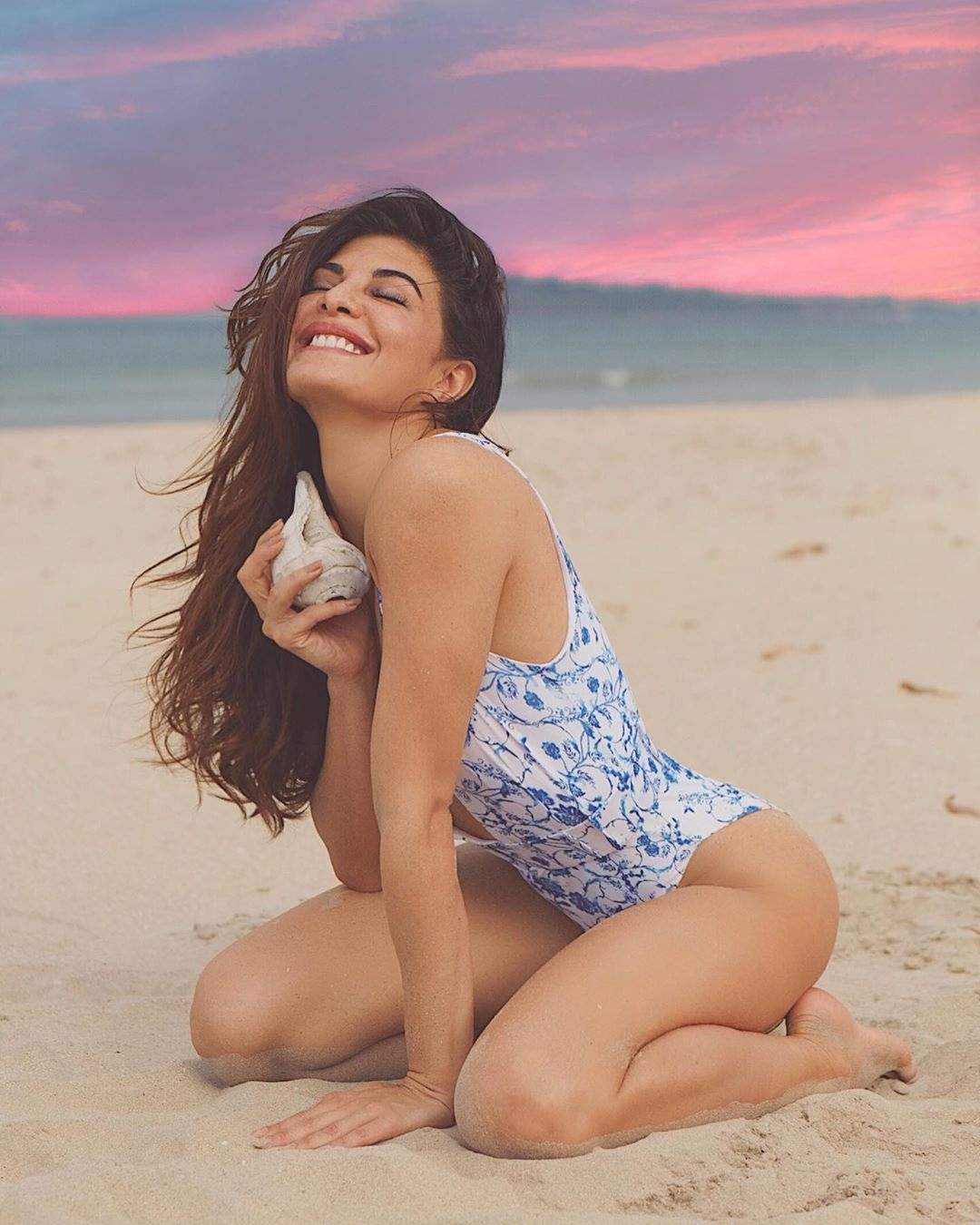 However, the Roy actor agrees that it is indeed “hard work” to put out curated social media content across platforms. “I feel blessed that I have so many followers and so many people who love me for who I am. Maintaining social media has now become a part of our professional life. It is something that doesn’t happen on its own. It’s an added effort certainly, and not an easy one at that. To keep updating your fans, you need to continue being active on social media, and you have to constantly create and publish content. It is time and energy-consuming, but I love it!”

Jacqueline, the journalist
Jacqueline graduated with a degree
in Mass Communication from University
of Sydney, and even had a brief stint as a TV reporter in Sri Lanka. She says, “I miss the reporting days as it was an adventure every day — finding out what the latest news is, working with the team. It was a little like being a detective. So, I miss it in a couple of ways. I also studied investigative journalism as it felt more realistic, and all of it now is a
fond memory.”

Strong is the new sexy
With a following of 33M on Instagram, 14M on Twitter and 314K on YouTube, one thing Jacqueline’s fans look forward to most is her workout videos. The internet swears by her social posts for daily motivation, and it’s not surprising why. You can find her doing everything from perfect vertical splits, graceful pole dancing moves to videos of her attempting backflips, falling down, and getting back on her feet —  again and again — until she finally nails it with grace. “Thankfully, for me, from a very young age, I knew I needed to eat clean to keep my body healthy. So fitness has always been a part of my lifestyle. I remember, I started my journey with yoga around 10 years back, but I had to leave it due to
some reason. Later, all these new fads like weight training and pilates came in and, of course, they’re all amazing. I absolutely love them, but for me, it was never about building muscles, losing weight or increasing my stamina. It was about me digging deep to find out what my body can do, and taking it there. I liked having a challenge always,” she shares. When asked further about her fitness regimen, the actor says it is important for her to stay motivated.“I think I have a split personality when it comes to my fitness routine. Sometimes, I work out for three to four hours a day, and on other times, you will find me sitting at home in my pyjamas, watching Netflix and eating a pizza. If I’m inspired, you will find me all active and incidentally, I find myself to be the fittest during those times. However, I do manage to squeeze in four to five days of workouts in a week, even if I am shooting,” Jaqueline says, adding that her workouts are usually a mix of many things such as yoga, pilates, and dancing.

Apart from Mrs Serial Killer, Jacqueline also has Tarun Mansukhani’s Drive, opposite Sushant Singh Rajput and Sajid Nadiadwala’s Kick 2 with Salman Khan expected to release by the end of the year.

Jacqueline’s social media fandom is enough proof that she succeeds in winning hearts with her sartorial choices. Apart from being a commercial frontrunner and fitness enthusiast, she is also touted to be one of the most bankable actresses in Bollywood, and endorses several brands including Nova Eyewear. “Being a part of the showbiz industry means one has to carry oneself with due attention to fashion while leading a dynamic lifestyle. I prefer signing brands that are not only about style, but also stand for substance and a purpose. For example, I chose Nova because they add value to fashion, by addressing the need for vision correction and protection, without compromising on aesthetics,” shares the Bad Boy star.

“Nova Eyewear’s Hallie  is my favourite pair of shades. It’s alluring cat-eye modified frame with a gold flash mirror, and fine work in stripes on its thin temples, adds to the beauty of this pair, making it look super stylish.”