Sunny Leone has wished her fans a Merry Christmas and a Happy New Year, urging them to spread love rather than hate in the time of global pandemic. 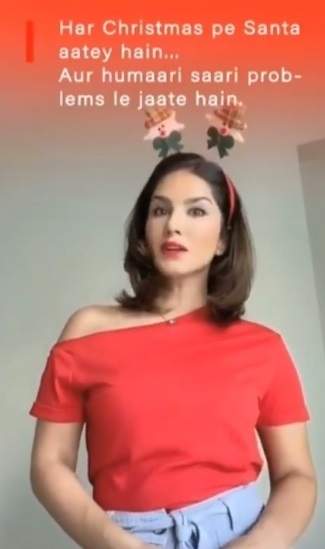 "I would like to wish Merry Christmas and a Happy New Year to my fans and followers. During this festive season, let's be safe; spread love because we are living in a time where we need to spread more love than hate," she said.

Sunny was interacting with IANS at the launch of Zooppy Movies Quiz App in Mumbai. The actress, who has over 42 million followers on Instagram said, "It feels amazing. I love my fans and I think they are the best. It feels good to have that many followers."

On the work front, Sunny has started shooting for Vikram Bhatt's Anamika, billed as a ‘Gun-Fu' action series with 10 episodes. Sunny will be seen in an action avatar in the show.

The series will be shot in Mumbai, and the first schedule is slated to be wrapped up by the end of the year. Written and directed by Vikram Bhatt, Gun-Fu is produced by Bhatt and his daughter Krishna Bhatt, and is set to release on MX Player.