The show that was live-streamed on Amazon Prime Video on Friday, October 2, used the song Doom by London-based producer Coucou Chloe for a segment of the evening. Released in 2017, the song includes a remix of a hadith narration about the end of the world and judgement day. Models dressed in lingerie danced to the track and this was highly objected to by the pop star's Muslim fans and viewers. Hadith is a written record of the sayings and actions of the Prophet Muhammed and his closest companions and is considered sacred by Muslims.

Rihanna apologised to Muslims on Tuesday by posting a message on her Instagram stories that read, "I'd like to thank the Muslim community for pointing out a huge oversight that was unintentionally offensive in our savage x fenty show. I would more importantly like to apologize to you for this honest, yet careless mistake (sic)." 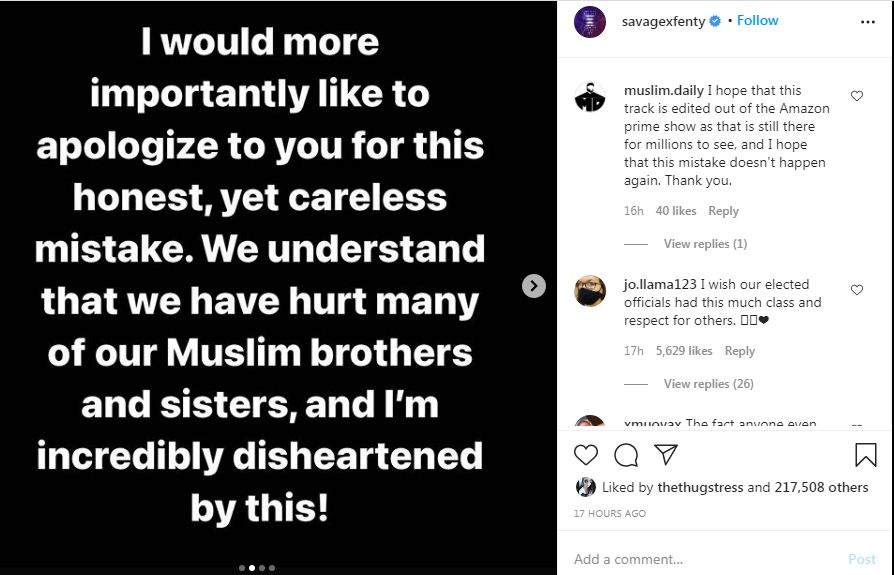