Kareena Kapoor Khan turned 40 on September 21, and the soon-to-be mother rang in her birthday with family and close friends. 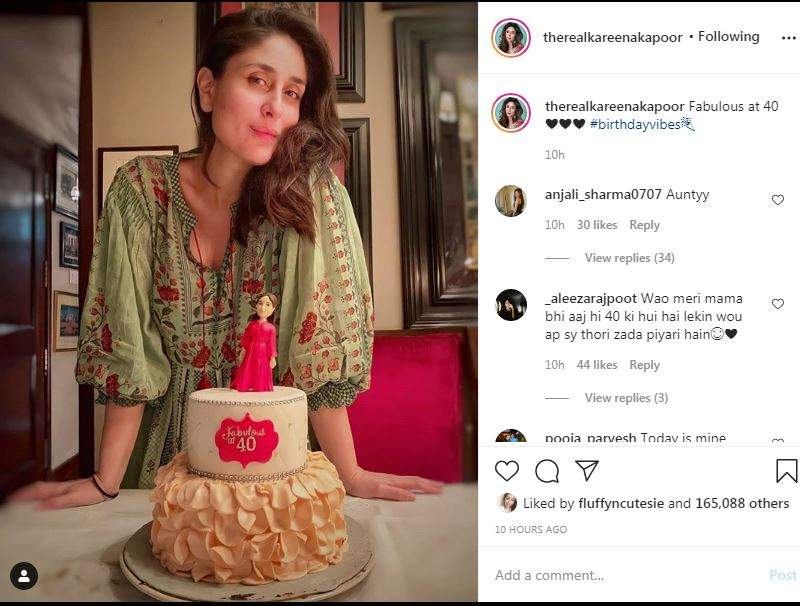 The actress' fan page on Instagram, The Real Kareena Kapoor Khan, leaked images from the celebrations. The pictures are from the Kareena's birthday eve. Wearing a green kaftan by Anita Dongre, the actress chose to appear sans any makeup and looked fresh. 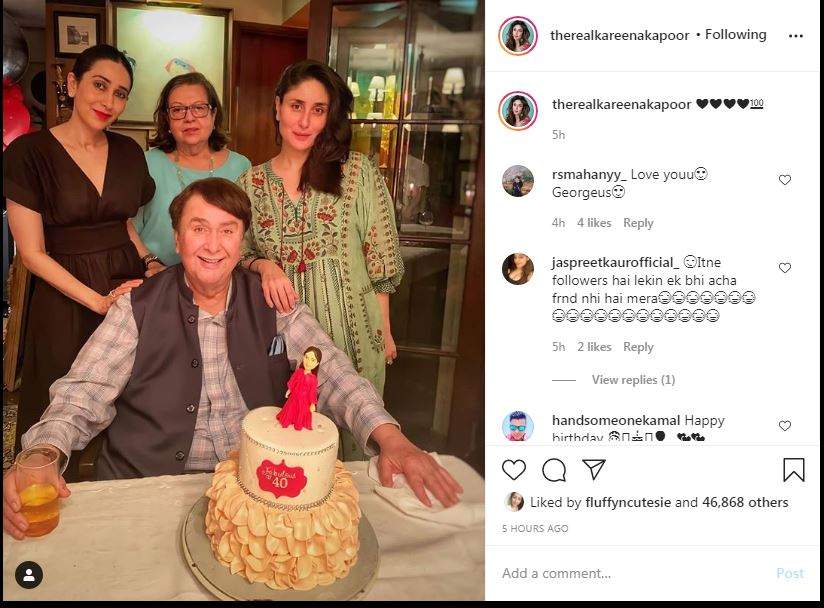 The actress made her father Randhir Kapoor sit in the centre, while Kareena and her mother Babita and sister Karishma flanked him. In another picture, Saif Ali Khan too joined his wife.

Saif Ali Khan turned 50 in August, and Kareena had a special message for her him. Read here 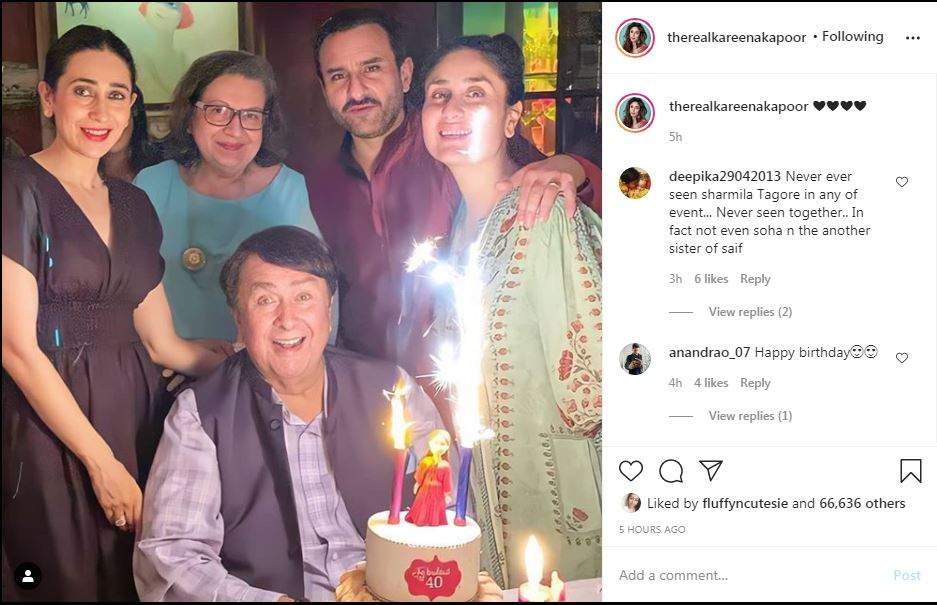 On her official Instagram profile, the actress posted a black and white image of her with the caption: As I enter my 40th year... I want to sit back, reflect, love, laugh, forgive, forget and most importantly pray and thank the strongest force up there for giving me the strength and thank my experiences and decisions for making me the woman I am... Some right, some wrong, some great, some not so... but still, hey BIG 40 make it BIG (sic)." Kareena and Saif announced the former's second pregnancy earlier in August this year.