Actor Suriya was one among the numerous celebrities who had turned up at polling booths to cast their votes on Tuesday morning.

He was accompanied by his father Sivakumar, and his brother, actor Karthi. Suriya was seen wearing a white shirt, with his hair pulled back by a headband.

The trio was wearing white masks and was spotted standing in the queue to cast their votes.

They also posed for the paparazzi after they had voted. 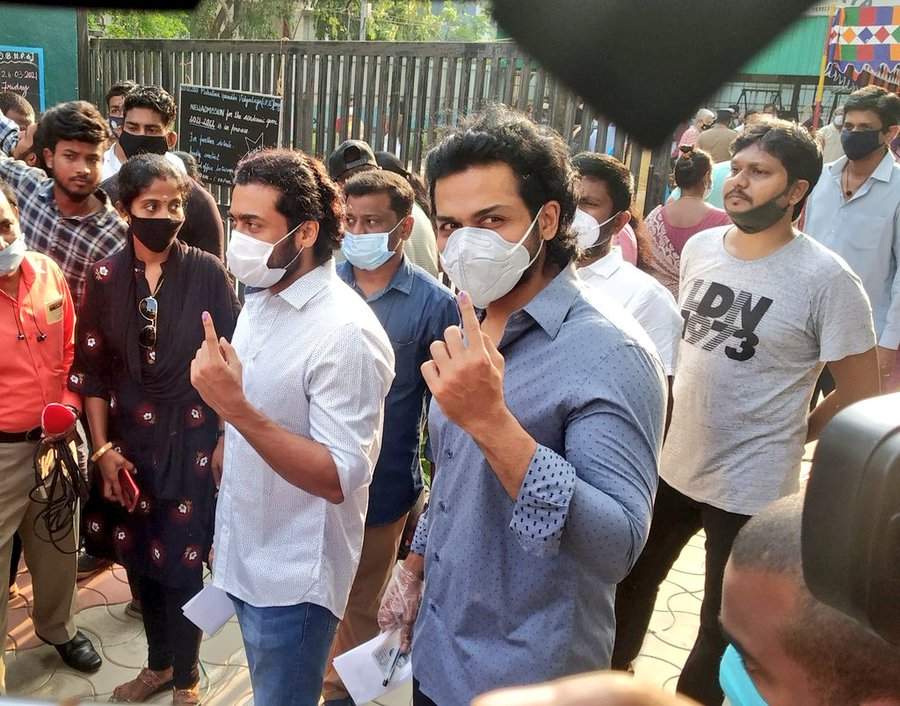 Other celebrities who had arrived at polling booths to vote included actor Ajith Kumar and his wife Shalini, who had reached their booth about 20 minutes before the voting began in order to vote early and avoid the fan crowd.

A few others from the film fraternity who had come to vote were actors Rajinikanth, Kamal Haasan and his daughters Shruti Haasan and Akshara Haasan, Vikram Prabhu and his father Prabhu, Sivakarthikeyan, Arun Vijay, actor and producer Radhika Sarathkumar, and director and filmmaker Bharathiraja.

Meanwhile, actor Vijay sent his fans into a frenzy after he was seen riding a bicycle to the polling booth in Neelankarai. The crowd that gathered behind him soon went out of control after fans began following him on their vehicles to take photos and videos of him.

Have you cast your vote today? Let us know in the comments section below: