Bollywood colleagues and family took to social media to pay tributes to late actor Rishi Kapoor on his first death anniversary on Friday. 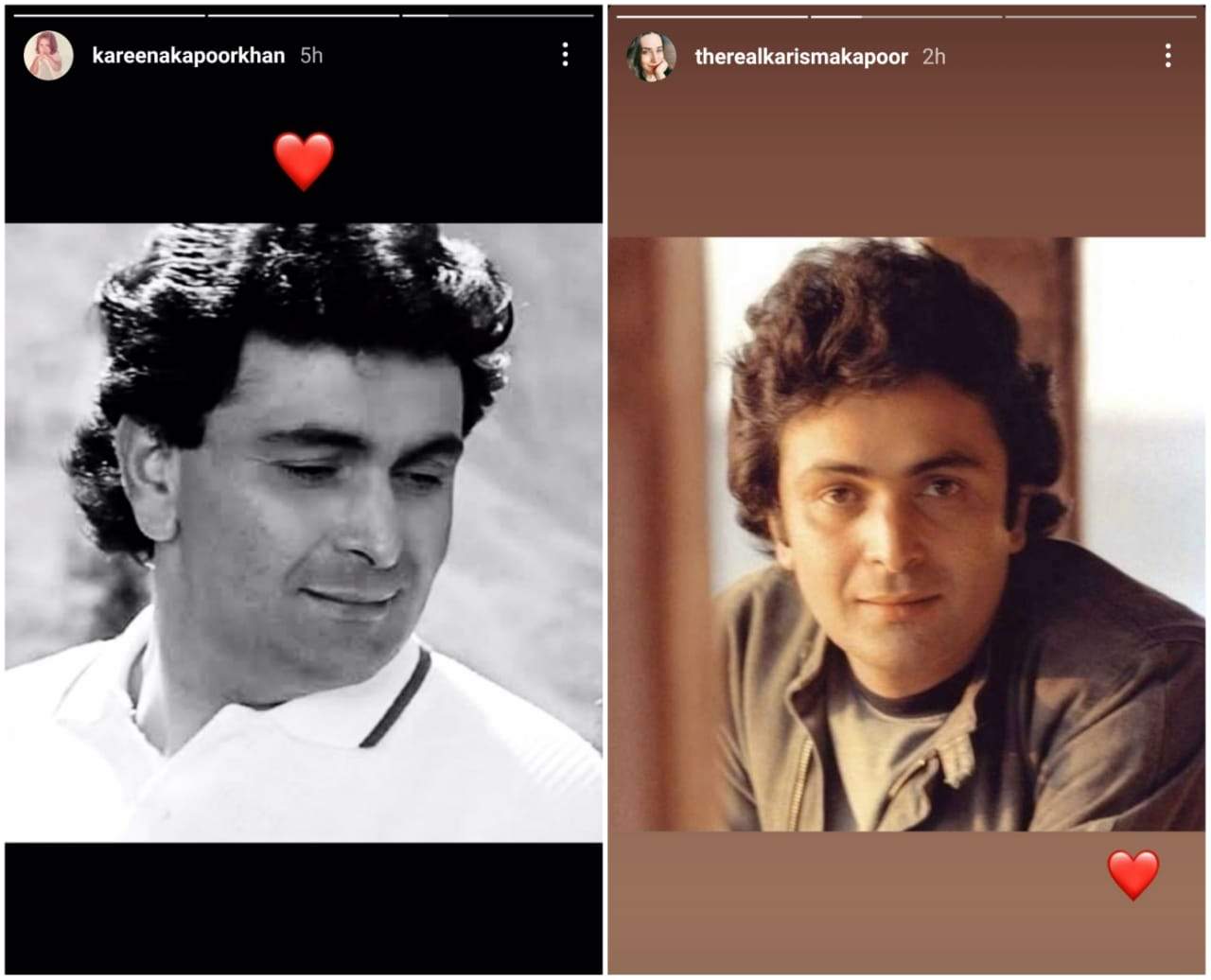 Randeep Hooda shared a picture of the late actor on Twitter and captioned it: "#RishiKapoor", while Arjun Kapoor share a picture with Rishi Kapoor on Instagram and wrote: "My constant reaction when I was next to him...Mouth shut ears open. Miss you Chintoo uncle. Cheers to that twinkle in your eyes...Always & forever."

Also read | Remembering Rishi Kapoor: Here's a look at fond memories that Ranbir Kapoor and Riddhima Kapoor Sahni have of their father

Actor-host Maniesh Paul posted an image with the late star shot during their New York meeting and wrote: "Miss you sir...love you sir...."

Divya Dutta recalled working with the actor."Childhood was you. And your movies!! That handsome face!! Dancing n singing and acting like a dream !! Cherish each moment of working with you, learning from you, knowing you!! You lived life beautifully!! All heart! That's what you are!! Miss you #RishiKapoor," she wrote.

Actress Payal Ghosh, who worked with Rishi Kapoor in the film "Patel Ki Punjabi Shaadi", shared a picture from their promotions of the film and tweeted: "Remembering #RishiKapoor Sir on his first death anniversary, he was really a gem of a person. You will always be missed Rishi uncle."

Late veteran actor Rishi Kapoor passed away a year ago on April 30, after a two-year battle with leukemia.

Also read | Neetu remembers Rishi Kapoor on his death anniversary: 'He was an extension of our existence'