Interview: With a host of upcoming projects and his wedding ahead, Vikrant Massey is looking at a busy year

Vikrant Massey’s entry into the world of acting wasn’t with an experience as pleasant as one would imagine. Back in 2004, when the 33-year-old was delivering his first-ever take in front of a camera (for Kahaan Hoon Main), the director of the TV series yelled at him in front of everyone and the actor burst into tears. The incident even made him think of giving up on his dreams, he had recently revealed in an interview.

Needless to say, he decided against it and stayed on for another decade in the television industry. After maintaining a steady career graph with consistent performances (in shows such as Dhoom Machao  Dhoom, Dharam Veer, and Balika Vadhu) he made his Bollywood debut in 2013 with a supporting role in Lootera. However, his big break came with Konkona Sen Sharma’s critically acclaimed indie film, A Death in the Gunj (2017) — where his on-point portrayal of the moody, mousey Shyamal Chatterjee won him raving reviews — which opened many doors for the Mumbai-based artiste. 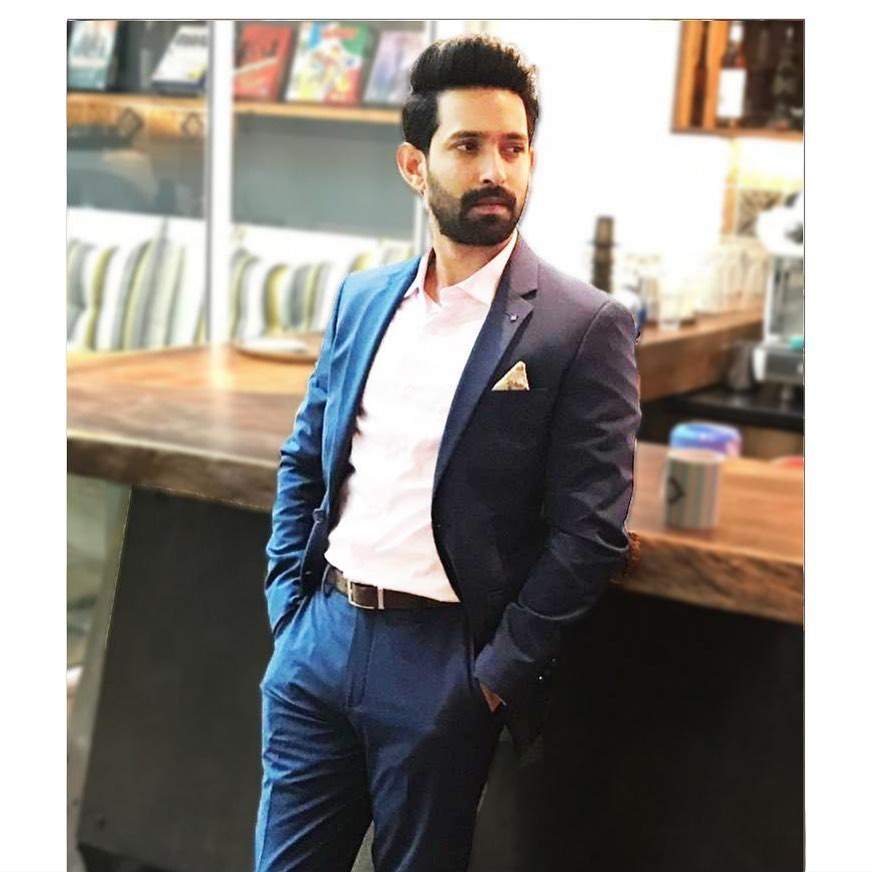 In fact, with four releases (three on Netflix) — Chhapaak, Cargo, Dolly Kitty Aur Woh Chamakte Sitare, and Ginny Weds Sunny — Massey has had quite an eventful 2020 and there’s no stopping him. With a host of projects that are now in the pipeline including Santhosh Sivan’s Mumbaikar, he is all set for another busy year, that will most likely also see the actor’s wedding to long-time girlfriend Sheetal Takur. In an interaction with Indulge, Vikrant talks about his lockdown days, association with Nova EyeWear, upcoming projects and more. Excerpts:

2020 has been great for you professionally. What’s the new year looking like?
I have been very fortunate and blessed that despite the pandemic at its peak, I got the chance to interact with the audiences through my films. I’m very thankful to my audience for taking the time to recommend my movies to their friends. It’s been good so far. And what I am planning to do in ’21 is the same — stick to work and keep the basics right. And to maintain good health also at the same time. I have some interesting scripts that I have signed, some wonderful collaborations; I am really looking forward to it. I also have my marriage coming up. So let’s see, I think in the third quarter of the year is probably when I will be tying a knot…there are too many things happening simultaneously. So I am just gonna take each day as it comes.

What was your lockdown-life like?
The first few weeks, it just didn’t sink in as to what was happening around. Everyone was at their homes and nobody had an idea as to what coronavirus was. But then, I ended up spending a lot of time with my family. That’s something I see as a positive because in the  last few years I haven’t had the time to sit with my family or spend time like I did during the lockdown. I cooked a bit, slept a lot, read a lot. I felt thankful because all of us were safe. But if you ask me how it has changed me as a person, one thing that really stuck, was the fragility of life — how we tend to take things for granted from the smallest of things like washing hands, covering your face with your elbow or handkerchief while sneezing, it could save your life and so many other people’s lives too. 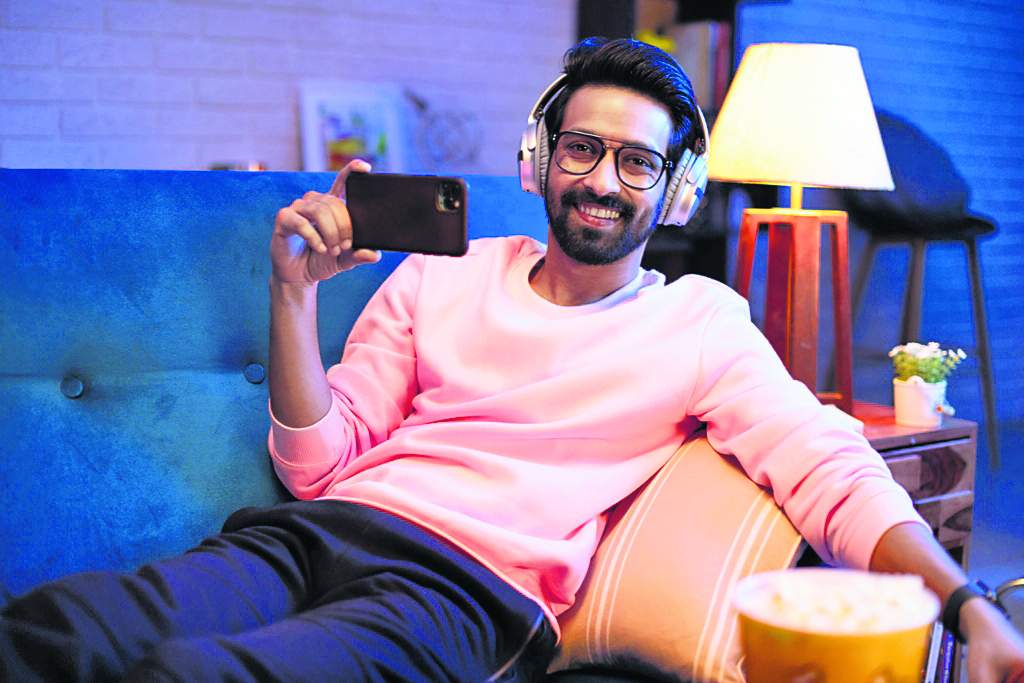 You were recently roped in to represent Nova’s Blumax Glasses. How do you choose the brands you promote?
With the pandemic, we all have adapted to the ‘new normal’ — juggling between big and small screens for various purposes. All that has increased our exposure to the harmful blue light emitted by these devices. In these challenging times, people are in need of products that are relevant to their well-being. Nova Blumax Glasses take care of your visual clarity and comfort with its protective lenses. Being digitally proactive, these products have really helped me to keep my vision safe. It is always great to work with such responsible brands that endeavour to meet the requirements of consumers as they adapt to changing times and lifestyles.

How does it feel to be part of Mumbaikar, alongside such an ensemble cast?
It feels great to work under Santosh Sivan’s guidance. He is one of the veterans we have. And to be part of such an incredible ensemble also is a big opportunity for me. I learned a lot from people like Vijay Sethupathi, got a chance to work with Ranvir Shorey again, and work for the first time with Sanjay Mishra — all of them are guys who have been there, excelled in their art form, year after year. So it’s such an opportunity for me to better myself, understand cinema much more closely. So I am really looking forward to the entire experience of filming and then bringing it out to people. 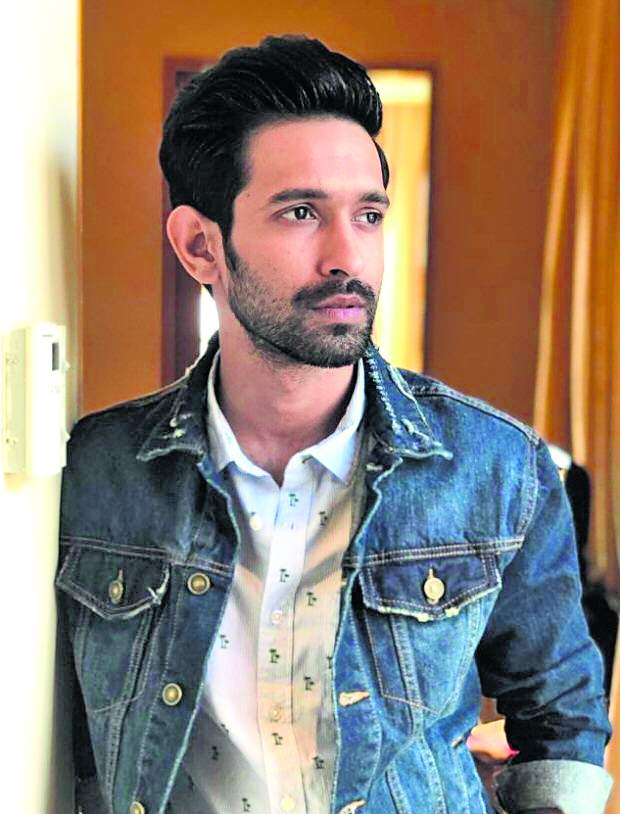 What are some of your other projects?
Besides Mumbaikar, I have Vinil Mathew’s Haseen Dillruba with Taapsee Pannu. I am really looking forward to working under Shanker Raman in Love Hostel. I am also working for the first time with Sanya Malhotra and Bobby Deol and I’m really looking forward to that. And I have the official adaptation of Forensic, which is a Malayalam film. The year is kind of packed professionally. I am very excited; I need to contain my excitement.

You had postponed your wedding due to COVID. What is your plan now that the restrictions have been eased?
Yes, I had to postpone my wedding. Sheetal’s family and mine — all of us unanimously decided that this is not the right time to host a wedding. Whenever it happens you will get to know. But this year for sure!

Staying fit & fab!
I really don’t think I am a very fit person, I think I am very off that barometer. I need to up my game there. But I indulge in any form of physical activity — it could be playing any form of sport, yoga, or doing stretches. I do at least half an hour of yoga each day, three or four times a week. It helps me with a back problem I have. I also workout 3-4 days a week. Most importantly, I stick to home-cooked food. And I try keeping things traditionally simple. I don’t believe in myths like ghee should be avoided. Rather, I would recommend ghee. The more home-cooked meals, the better. And enough good sleep. I think good sleep is a very important thing for good health.