Singer Neha Bhasin on Monday revealed that she was body-shamed regularly for being chubby during her stint with pop group ‘Viva’, but has now learned how to feel sexier in her skin.

Neha shared a story on Instagram with a picture of herself and a message next to it, talking about how she has gained weight during the lockdown but does not care about such things anymore. 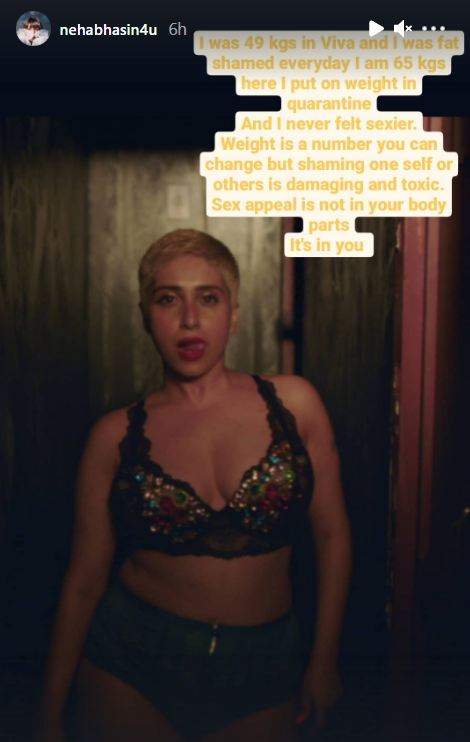 “I was 49 kgs in Viva and I was fat shamed everyday. I am 65kgs here. I put on weight in quarantine and I have never felt sexier. Weight is a number you can change but shaming one self is damaging and toxic. Sex appeal is not in your body parts. It’s in you,” she wrote. 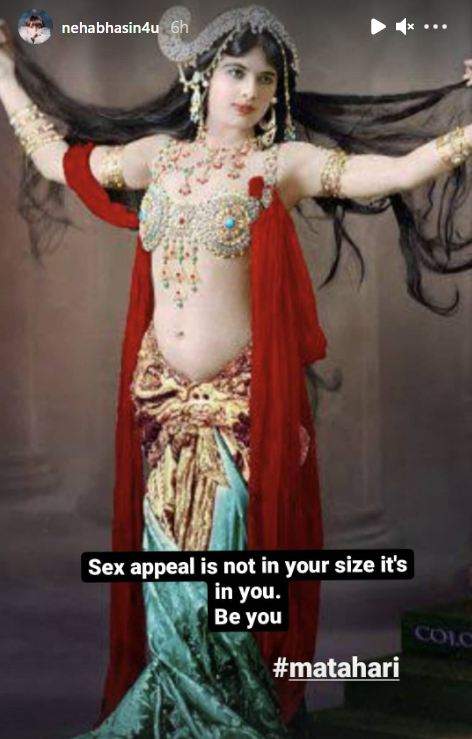 “Sex appeal in not in your size, it’s in you. Be you,” she said. Adding to that, she wrote, “Sexiest exotic lady of all times #matahari didn’t have abs. It’s time we embrace human bodies in their natural form. I am all for fitness but I do not condone fat shaming, starvation, low esteem because actresses have washboard abs. Judging oneself and others, fake beauty standards, lies on social media by women who may have had procedures, put out wrong messages,” she added in another post. Neha recently released her track in the romance genre ‘Taara’.