Actor Kangana Ranaut on Tuesday said all Indians who were supporting the ongoing farmers' protest were "terrorists".

"Six brands cancelled contracts with me some were already signed some were closing n said I called Farmer terrorists so they can't have me as an ambassador. Today I want to say each and every Indian who is supporting these riots is also a terrorist including anti national brands," Kangana Ranaut tweeted on Republic Day. 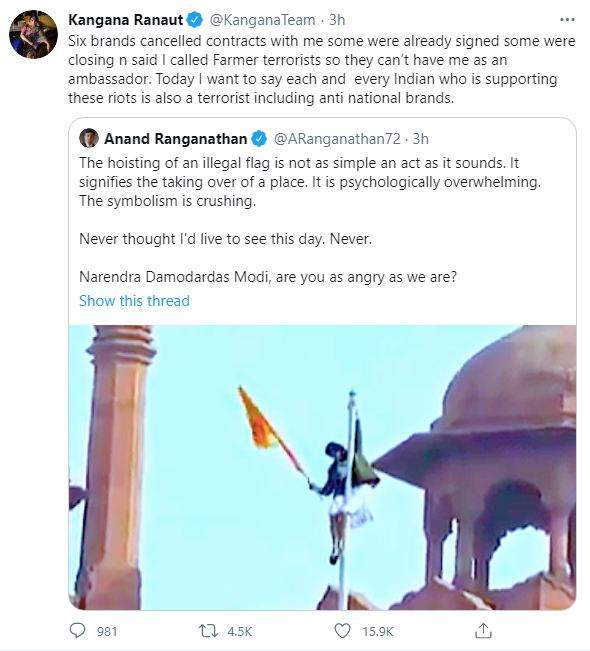 "Sick and tired of riots and blood bath almost every month, Delhi, Bangalore and now again Delhi #RedFort," she wrote in a separate tweet.

The actor also shared a video where she said in Hindi, "We have become a joke before the world today. We have no prestige left. We don't care if the Prime Minister of another nation is our guest, we can sit naked in front of them. If this goes on, there will be no progress in this country. Whoever supports this so-called farmers' protest should be jailed. They have reduced our nation, its government and Supreme Court into a joke." 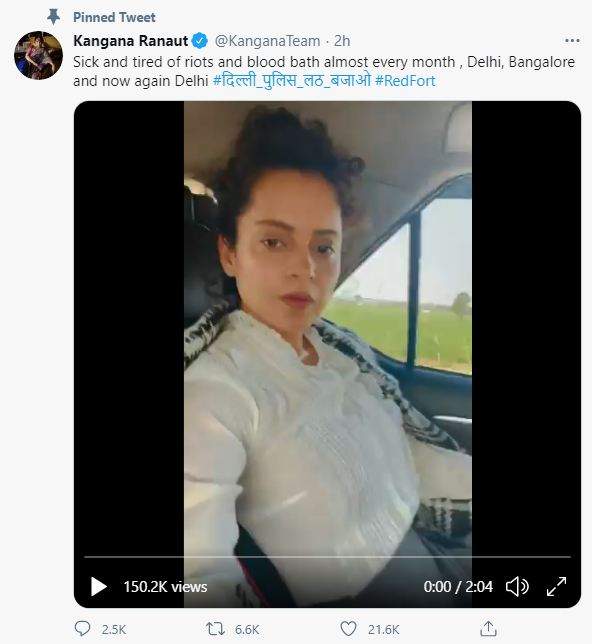 Kangana's comment comes after photographs of protesting farmers hoisting their flags at the Red Fort below the tri-colour flag on Republic Day went viral on social media.

The farmers who had gathered at various borders of Delhi-NCR were protesting peacefully for over 60 days. However, on the day of their tractor rally in Delhi, police personnel fired tear gas shells at them and engaged in lathi-charge to keep the protesting farmers at bay.